Gift Lab: Build Your Own Brooklyn 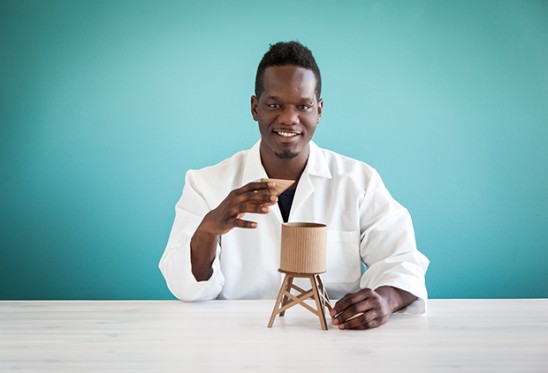 Research:
I think images of artwork are great. But I think videos of artwork being created are so much better. That must mean that GoPro videos from the perspective of the artist creating a piece are the best! At least that’s my theory… which brings us to today’s Gift Lab. I took you out to the beach in my last blog post to demo a product. This time around, you’re going inside my head to see something cool get built from the bottom up.

Hypothesis:
Our DIY Brooklyn Skyline Kits offer the chance for you to craft a mini version of two signature structures in New York, the Kentile Floors sign and your ordinary rooftop water tower. It caught my eye after I saw the two shots of custom designed water towers on our product page. 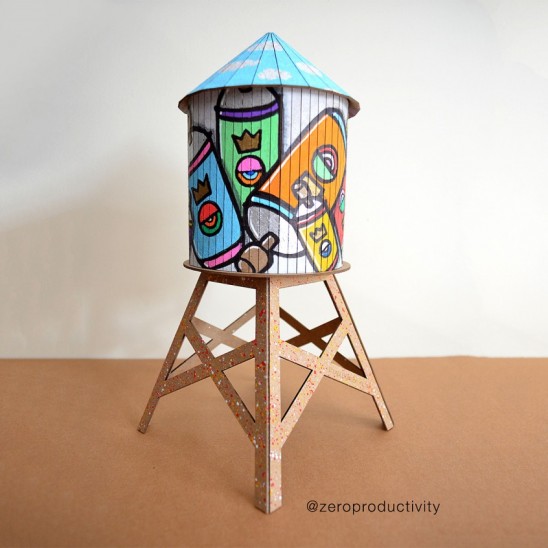 Perfect product to test my theory with! First off, these are hot. Nice job Zero Productivity and Atomiko. But more importantly, I can gauge how well we’re able to see something being constructed and designed, without spending hours on hours doing it. I haven’t drawn anything in years. A lot of effort would’ve been needed to produce something that gives my 5-year-old self some competition.

I was also glad to see that two different versions of the kit existed. While doing research on best practices for filming (read: watching GoPro videos on Youtube), I found it difficult to tell which GoPro dock to use for this; chest mount or head mount? So I bought both. I decided that I’d use one mount for one kit and another mount for the other.

Two DIY Brooklyn Skyline kits, two mounts, and one GoPro in hand later… the test was ready to begin. 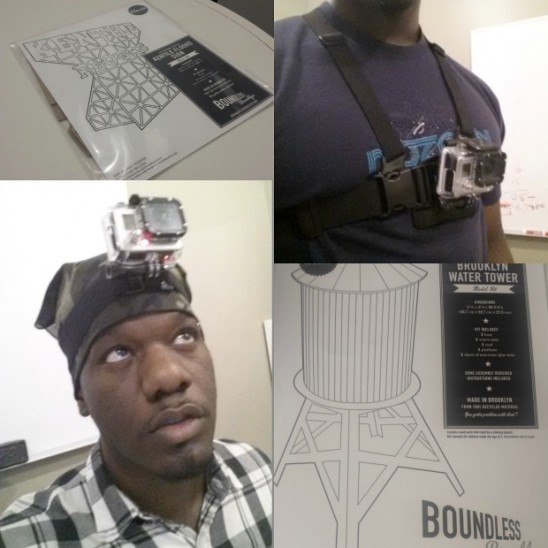 Experiment:
I started with the Water Tower kit first, for no other reason than wanting to get closer to fantasizing about being a graffiti artist. After I laid all of the cardboard pieces on the table as instructed, I strapped the GoPro chest mount on, pressed record and got to work.

Here’s a closeup of the major pieces made for the water tower.

Now it was time to design it. I grabbed a pack of Crayola markers and started doodling. 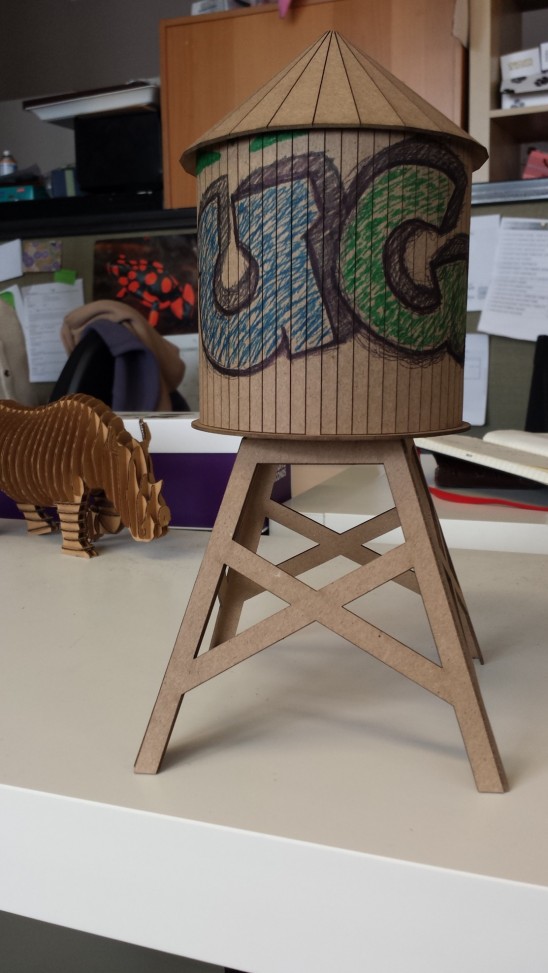 The first immediate takeaway – Tagging my water tower before building it would’ve been the better idea. The advantage of utilizing a flat surface didn’t cross my mind even slightly; until it was time to record myself doing it. That explains the split between the clips. I had to game plan.

The other thing was the actual video. In order to learn more about using the GoPro, I turned to Wistia.com’s #GoProWeek as a resource. Every day for that week, they shared a different pro tip (no pun intended) for getting the best shot. One of the techniques I used was the time-lapse recording feature that snaps pictures every few seconds, instead of actually recording straight through. I wasn’t a fan of the final result, because the footage came out too choppy. I think I set the timer in between shots too far apart. I decided to make sure to use the other recommended method for the next kit; shooting normally and speeding up the footage in a video editor.

Besides that, the rest of the process was smooth sailing and more fun than expected. The maker’s of the kits provided clear step-by-step assembly directions and all pieces worked as intended. Any edge that needed folding went over smoothly. The laser cut tabs and indents fit perfectly into each other. Connecting the pieces was a snap (that pun, intended). The biggest surprise was the glue; it did not leave a mess on my hands or the table I worked on. It comes already setup in drops that are separated by perforated plastic. When the instructions tell you to grab one, just rip one dot from the pack, peel off the plastic covering, and apply to the marked area. That easy. 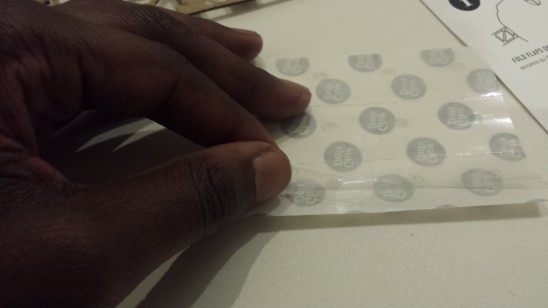 Next up was recording the Kentile Floors sign DIY kit with the GoPro attached to the head mount. You’ll notice that it begins with me filling in the letters first, and then moving on to putting it together.

The simplicity of the structure’s design made assembly much quicker. There wasn’t much of a surface to draw on but filling in the narrow letters required a little bit of time. I really like the point of view that the head cam captured. It feels like you’re actually putting it together rather than observing someone else do it. 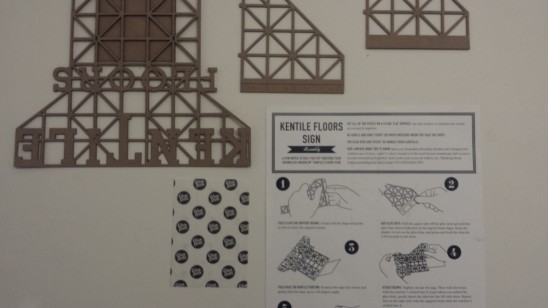 Conclusion:
All in all, I’m convinced that my theory is correct. Watching art creation from a GoPro perspective is a cool experience that helps anyone appreciate the process behind the final result more. It’s amazing to see what goes into pieces, especially from our assortment, I’d imagine. We have a wide selection of uncommon goods that obviously require an uncommon approach to create.

In retrospect, I see where areas for improvement lay. In a future flick, I would: 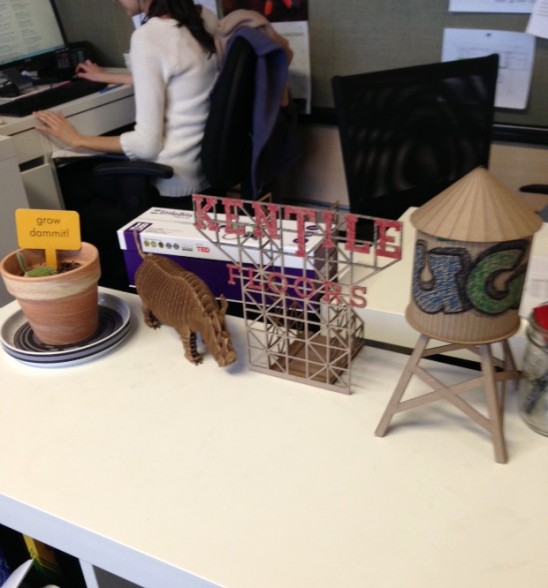 The Skyline Kits made for a great GoPro test run, and I’d definitely recommend them to someone looking for a fun and easy DIY.  What’s even better? I’m left with two new desk additions that visitors can stop and admire. Long overdue, since the Levitron Lamp had been retired for some time now.

Our Founder and CEO Dave Bolotsky supports raising the federal minimum wage. So do many business owners across the country. Check out this video from Business for a Fair Minimum Wage to learn why. To show your support, spread the message by sharing this video with the hashtag #RaisetheWage and help “give America a raise.”

Videos from How To Make It: Pricing Your Designs 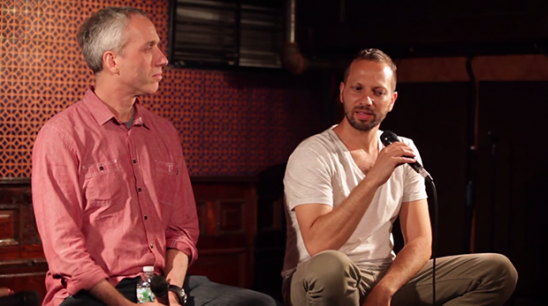 Last month we hosted another How To Make It design panel event at Brooklyn’s Union Hall where Seth Walter from our Purchasing Team and Jason Feinberg, the CEO & Creative Director of FCTRY, discussed the decisions you should make while pricing your designs for retail. We got a little off-topic as the guests in our audience had really great questions, but we think you might get some great advice from our answers. Check out clips from the event and the conversation it its entirety below!

How much should you pay yourself for a handmade design?

Should a wholesale price be fixed?

How to price a collection of designs.

Is scaling up always the best idea?

How does UncommonGoods find new artists?

Tweens lie in that awkward stage between youth and teenage-hood. It’s a confusing time, but mostly for those shopping for one! Rocky of our Marketing Team shares his favorite gifts that are bound to make a mark. Visit here to see the entire collection.

Whether she is already your Mother-in-Law or the mum of your significant other, it is really important to impress her this holiday season. Tabletop Buyer Candace shares some gift ideas that will make her smile in this collection.

Marketing team member Gaby (actually, that’s me) has some ideas that will really wow Pops this holiday.

For more gifts for your dad, visit Gaby’s entire collection.

How To Make It: Collaborating and Building Your Network | Videos 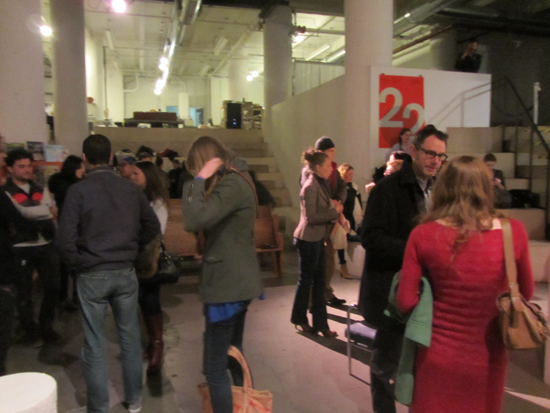 Earlier this month we hosted another design panel and happy hour for designers in Brooklyn. The topic of conversation was learning how to work well with other artist in a collaborative community, a business partnership and on the internet. Sitting on the panel was artist and founder of the AmDC Kiel Mead, Katy Maslow and Michelle Inciarrano of Twig Terrariums, and UncommonGoods Community Outreach Coordinator, Gaby Dolceamore (yeah, that’s me!).

Guests were invited to mingle with each other and the panel; enjoy some Brooklyn Brewery beer, Dark Horse Wine and Pelzer’s Pretzels; and vote on a community winner of the Woodworking Design Challenge. Check out Zsuzsanna’s winning design, the Floating Window Air Plant Wall Decoration.

We know not everyone can head over to Brooklyn on a Tuesday night to join our events, so we are happy to offer clips from the night’s discussion below! 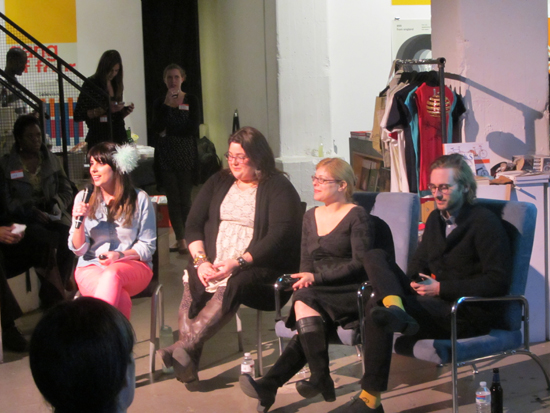 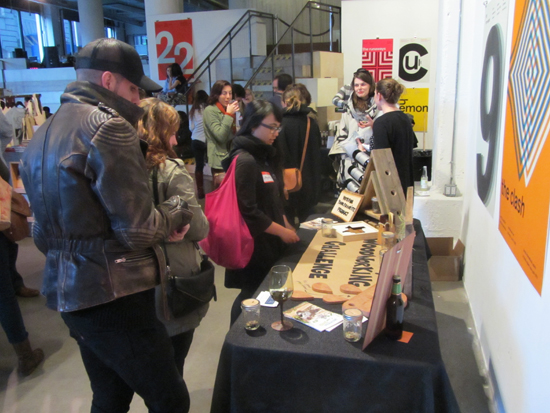 Michelle and Katy of Twig Terrariums reveal how they split up the work in their business.

Kiel describes the dynamic of contributing to a group of artists in the AmDC.

The Twig ladies talk about how important it is for them to share their craft with the local community.

The group discusses the importance of telling your art’s story.

The panel weighs in on the belief that 80% of a group’s work is done by 20% of its members.

Kiel describes how he makes the most out of networking with other artists.

…or just watch the entire thing!

How to Make Your Products Eco-Friendly and Spread the Word 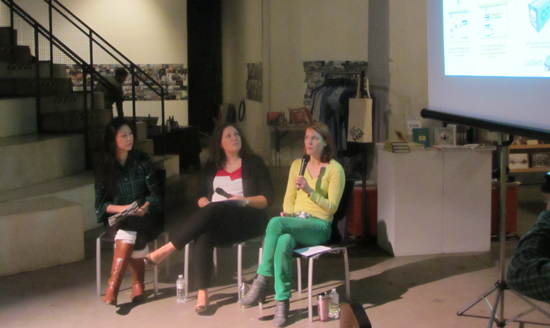 This month we had the pleasure of hosting our fourth How To Make It design panel and networking happy hour in Brooklyn. We invited local designs (although some traveled from as far as Central Pennsylvania) who came to hear our panel discuss greenifying your designs and small business and how to get the word out about your eco-friendly creations. Everyone stuck around to swap business cards, meet our buyers and enjoy Brooklyn Brewery beer and Morris Grilled Cheeses. 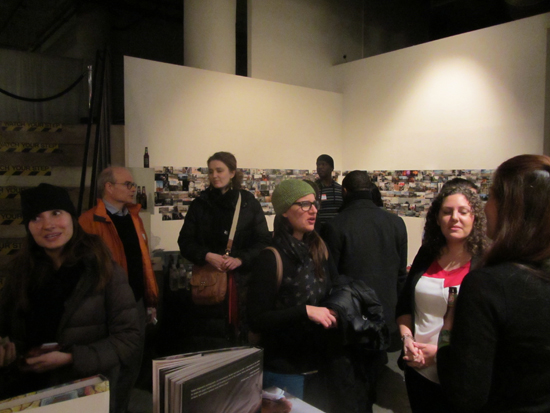 Weren’t able to make it? Watch some clips of the conversation below.

Rebecca talks about the return on investments made in making your products more eco-friendly.

Rebecca shares some great marketing ideas for building a happy and healthy customer-base.

Tiffany shares some common mistakes made when marketing eco-friendly products.

Yuka gives advice on pitching your products to the media.

You have a green product, now what about your packaging?

A lot of companies throw around the word “green” but there are some restrictions.

Want more? You can watch a video of the entire discussion below.