*Editor’s note 1/18/2018: We originally shared Samentha’s story in our countdown to Giving Tuesday. Today, we celebrate Samentha’s courage to speak out and we share her story again as part of our Keep Marching campaign. All profits from our Keep Marching Necklace sold on January 20 and 21, 2018 will be donated to RAINN.

*Editor’s note: Here at UncommonGoods, we’re counting down to Giving Tuesday—an annual day of giving back observed on the Tuesday after Thanksgiving—by sharing stories from our Better to Give partners. Up this week: RAINN, the nation’s largest anti-sexual violence organization. Through our Better to Give program, which allows you to choose a non-profit partner at checkout to receive a $1 donation at no additional cost to you, we’ve donated over $350,000 to RAINN since beginning our partnership in 2010. Today, we’re proud to share a story from Samentha Moore, a participant in RAINN’s survivor series.

“It’s a beautiful thing, to be a survivor of something so heinous.”

“I felt like a broken record. It was embarrassing for me. I told people after the first and the second…but after the third [rape] I felt like a freak show,” said Samentha Moore. Samentha’s experience with multiple incidents of sexual assault by a stranger left her feeling self-conscious and blaming herself.

“Even for the longest time after my second rape, I hated leather jackets because he had a black leather jacket on, so that was something that triggered.”

In the years after trial, Samentha struggled with effects from surviving multiple sexual assaults. She began overeating. “I just thought if I made myself less attractive it wouldn’t happen again,” she remembers. Sexual violence can sometimes influence a survivor’s perception of the body and feelings of control. In some cases, these feelings can manifest into disordered eating patterns that may be harmful in the longer term. 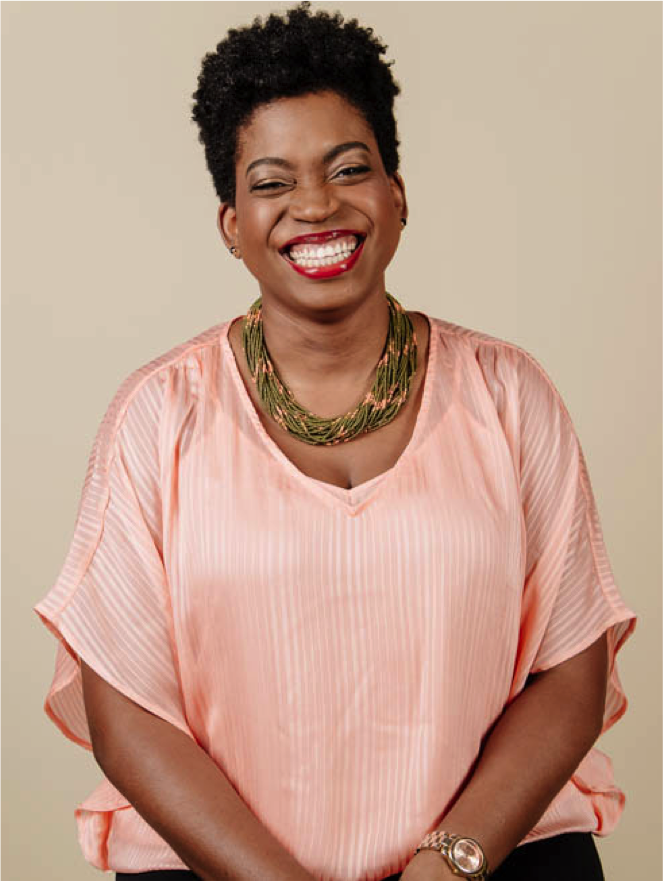 As Samentha began to shed feelings of guilt and shame, she began exploring a healthier path for her body: lyrical dance. Samentha had danced since she was a young girl, but she found that a lyrical style helped her to express the pain that she couldn’t share verbally. “I was able to create something so beautiful out of something that was just…not.”

In time, Samentha grew more comfortable talking about what happened, but she didn’t always find the support she was looking for. “Even when I did try to talk to someone they would say something like, ‘that’s amazing you survived.’ That’s nice. But that’s not dialogue.” It can be challenging for loved ones and friends to find the right words to say when someone they care about has been impacted by sexual violence.

“I finally did some research to find somebody who could actually help me. And that’s how I found RAINN.” Samentha first reached out to RAINN through the Online Hotline, a free, anonymous service available 24/7 to survivors of sexual assault and their loved ones. “Sometimes typing it is actually easier until you’re ready to talk about it. After that, I built up to calling [the National Sexual Assault Hotline] and talking about it out loud.”

On finding your own recovery: “It’s like a snowflake. Everyone’s survival is totally different. And just because it’s different doesn’t mean that it’s wrong.”

Today, Samentha spends her time taking care of her smart, beautiful daughter and sharing her story at speaking opportunities around the Washington DC area. She feels that it’s important to share messages of hope—but that it’s also important to talk about the challenges that come along with pressing charges. By talking openly about these challenges, she hopes to influence and improve the way perpetrators are brought to justice through the criminal justice system.

“Being able to help another victim is so important. Whenever a survivor gets to a place where they feel comfortable, utilizing your edge on surviving can help those who might have just become a victim.”

Gift Lab: How to be a Happy Camper with the Portable Camp Grill and Charger