Giving Back with the IRC:
Meet the Ngalamulume Brothers

*Editor’s note: Here at UncommonGoods, we’re counting down to Giving Tuesday—an annual day of giving back observed on the Tuesday after Thanksgiving—by sharing stories from our Better to Give partners. Up this week: the IRC, short for the International Rescue Committee. Through our Better to Give program, which allows you to choose a non-profit partner at checkout to receive a $1 donation at no additional cost to you, we’ve donated over $92,000 to the IRC since beginning our partnership in 2016. Today, we’re proud to share a story from the IRC about Patrick and George Ngalamulume, two African refugees now living in Boise, Idaho. 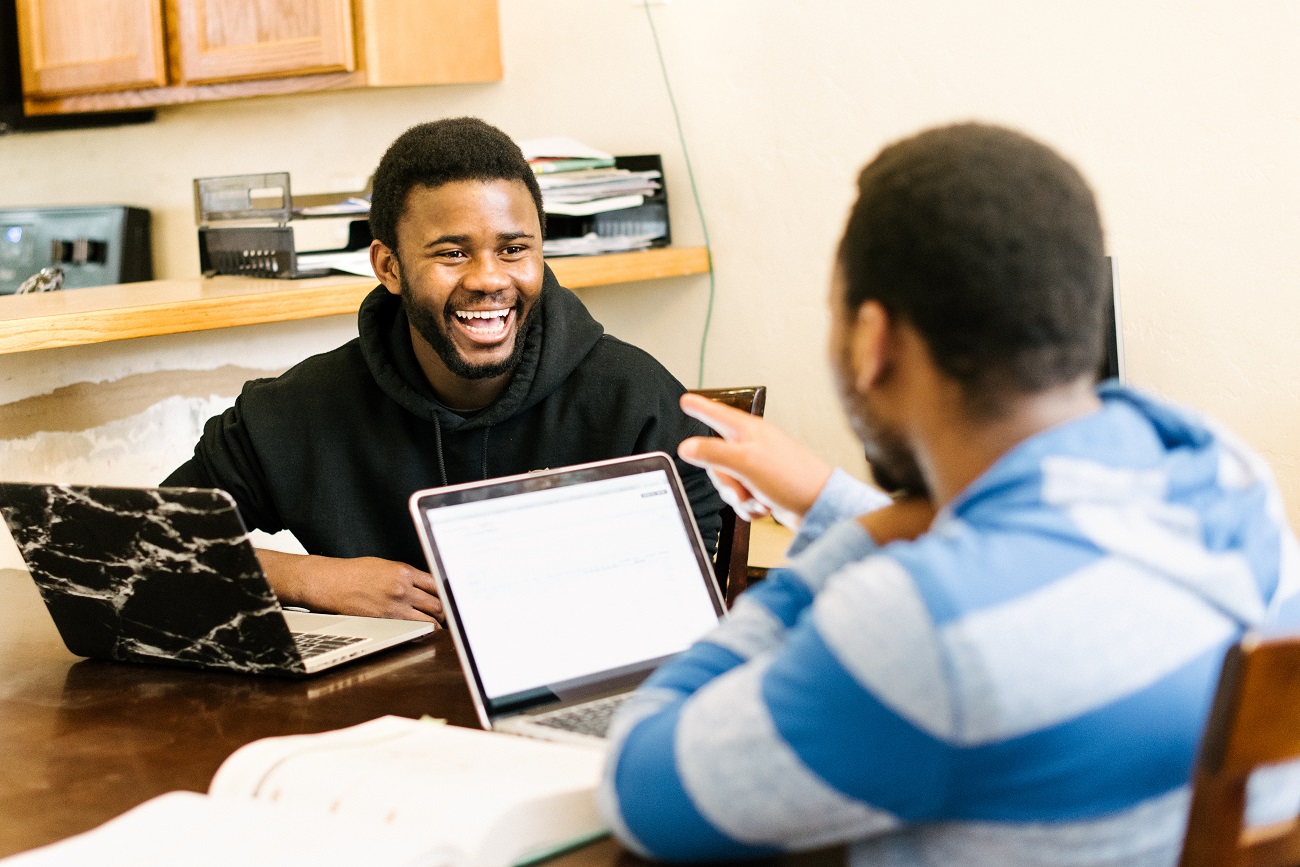 Patrick and George grew up in the inner cities of Zambia, where they witnessed and experienced all kinds of hardships and ugliness: sleeping on cold cement floors, lacking enough food to eat, hearing cries of rape outside their doors. They would walk for miles, sometimes without shoes, to fetch water from the nearest well.

But what the Ngalamulume brothers craved most was a proper education. They were taught basic literacy and math at a local school—local meaning several miles from their house—but they knew there was no future for them in Zambia. Their parents had fled the nearby Democratic Republic of Congo; as sons of refugees they would find it nearly impossible to go to college in Zambia.

And yet, today, Patrick and George have become the first people in their family to attend college. The brothers have big ambitions to continue their educations at medical and law programs. They want to make a difference, to give back, to make a better world. 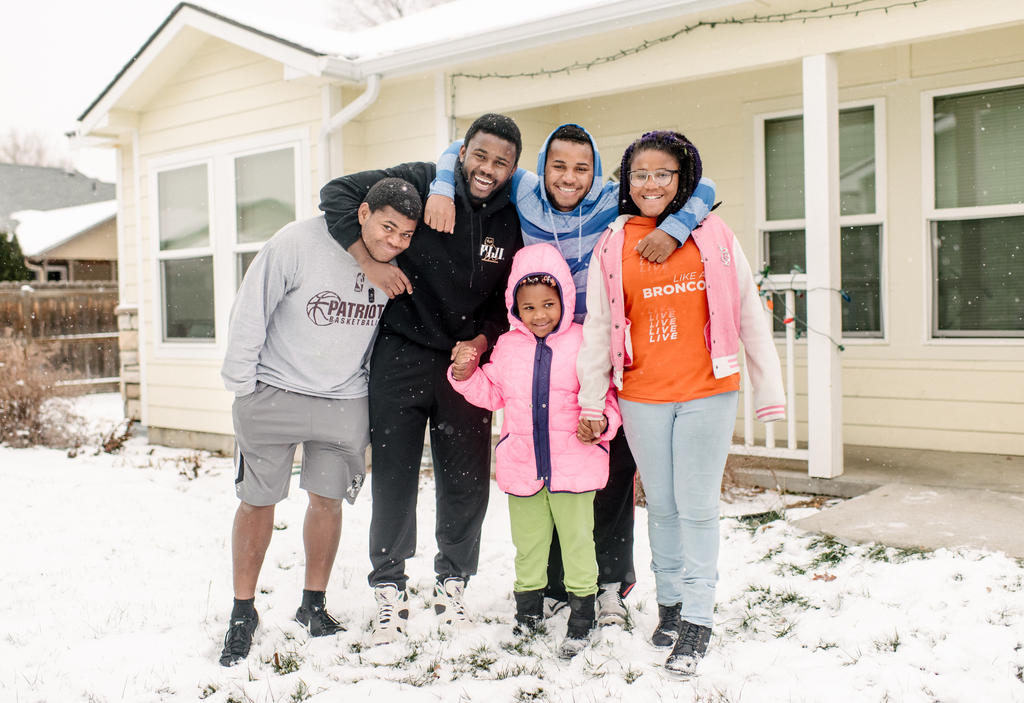 George and Patrick with their siblings in Boise, Idaho; photos by Jonathan McBride/IRC

The Ngalamulume family arrived in Boise, Idaho, on May 5, 2008, the night before Patrick’s thirteenth birthday. Before departing Zambia, their parents told their children only that they were moving somewhere better—no other hints. It wasn’t until they arrived in their new apartment that their parents said, “Welcome to America!” “It was a surprise,” Patrick recalls. “That was the coolest present I’ve ever gotten in my life. Nothing’s going to top that ever.”

Adjusting to American life was far from easy. A national resettlement agency helped the family find an apartment, their parents found custodian jobs, and the children enrolled in school, but the brothers naturally felt like outsiders.

“[Coming to the US] was a surprise,” Patrick recalls. “That was the coolest present I’ve ever gotten in my life. Nothing’s going to top that ever.”

They slowly began to make friends with Americans and other refugees, who helped them learn English and adapt to a new culture. Once again, education proved the hardest challenge. “You’re behind in everything,” Patrick says. “While our friends were playing outside, we were studying and playing catch-up.”  “It was really hard to communicate with teachers,” adds George, now 18. “When I got to middle school, I realized how advanced everyone was on some subjects. So we studied, and studied, and studied.” The brothers admit they felt a certain pressure from their parents to succeed, as their mother never went to school and their father stopped at the second grade. “Our parents sacrificed a lot just to get us here,” George says. “They waited 14 years to hear that they were finally accepted for [refugee resettlement]. For us to fail would mean their sacrifices were not worth it at all.” 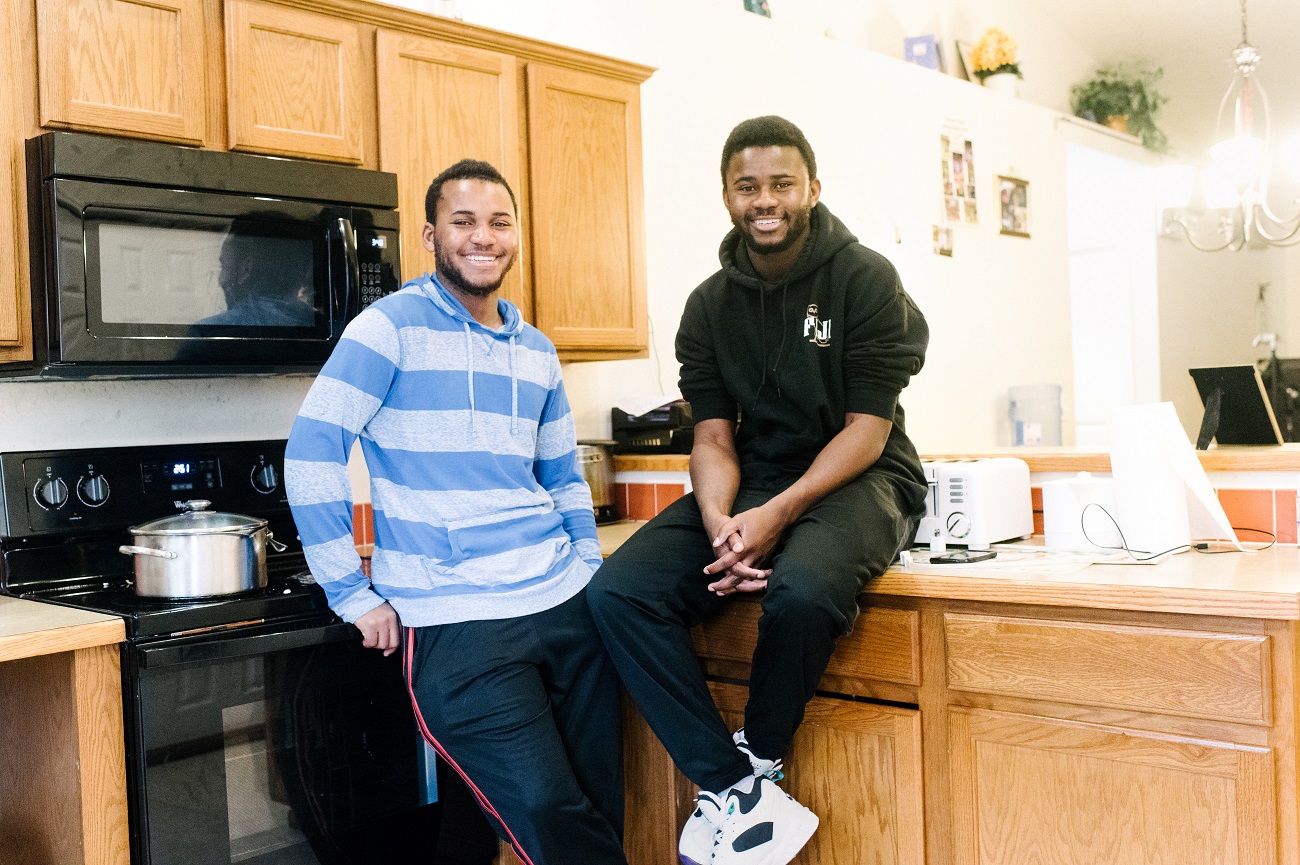 “It’s all about giving back, not just to our parents, but this country that accepted us,” Patrick adds. “There’s more to us than being refugees.”

Having become fluent in English with perfect American accents, the brothers often shock their fellow students when they reveal that they were once refugees. It’s not something they readily talk about, but in the wake of the backlash against foreigners, the brothers have found themselves defending refugees. “I know people who’ve said that refugees are not educated,” Patrick says. “They say, ‘They’re coming to take our jobs… they’re terrorists.’ So I say, ‘you know I’m a refugee, right?’ And their faces drop.”

“Our parents sacrificed a lot just to get us here,” George says. “They waited 14 years to hear that they were finally accepted for [refugee resettlement]. For us to fail would mean their sacrifices were not worth it at all.”

The negative rhetoric against refugees is largely based on misconceptions and misguided fears, the brothers maintain, and the best way to dispel false notions is simply to have conversations.

“Though we live in a world of technology, the best resource you can have is the person right next you, the person who’s actually experienced what you’re talking about,” says George. “All refugees have a story to tell, and if you give them that opportunity, you will realize they’re not who you think they are.”

Patrick puts it this way: “You’re an American; I’m a refugee. Let’s have an honest conversation about this. The small minority of people doing bad things does not represent the refugee community and what we stand for. It’s about taking the opportunities, education being the most important.”

10 days until #GivingTuesday! Don’t miss this opportunity to #StandWithRefugees. Join us. pic.twitter.com/pSAkMtRXCC

The brothers have long admired the United States and its commitment to welcoming and supporting the world’s most vulnerable people as they rebuild their lives. But they’ve also expressed disappointment that not everyone is living up to that historic commitment. “To have the doors [shut] on refugees will greatly have a negative impact on the United States,” George says. “You’ll miss out on so many opportunities. The next Einstein is not going to be here because America closed the doors. You’d miss out on having me as a doctor and [my brother] as a lawyer.”

The brothers aspire to be examples for other refugees, to prove that it is possible to make your dreams a reality with hard work, strength and determination. Coming from a country with a poor health care system, George plans to travel to countries in need of medical assistance—even if it means putting his own life in danger. All refugees have a story to tell, and if you give them that opportunity, you will realize they’re not who you think they are.

Patrick puts it this way: “You’re an American; I’m a refugee. Let’s have an honest conversation about this. The small minority of people doing bad things does not represent the refugee community and what we stand for. It’s about taking the opportunities, education being the most important.”

Patrick, who graduates this year, plans to attend law school to study human rights or criminal law. He has interned with the International Rescue Committee in Boise assisting caseworkers, and the IRC connected him and other interns with local attorneys to learn more about their work. “I want to work with nonprofits,” he says. “I’m trying to change the misconceptions of refugees. If I can give people a better understanding of who refugees are, that will be my way of giving back.”

Learn more about how you can stand with refugees »

15 Ways to Give Experiences, Not (Just) Gifts