Designing a Force for Good: Behind the Scenes of Our Hope Shines Necklace 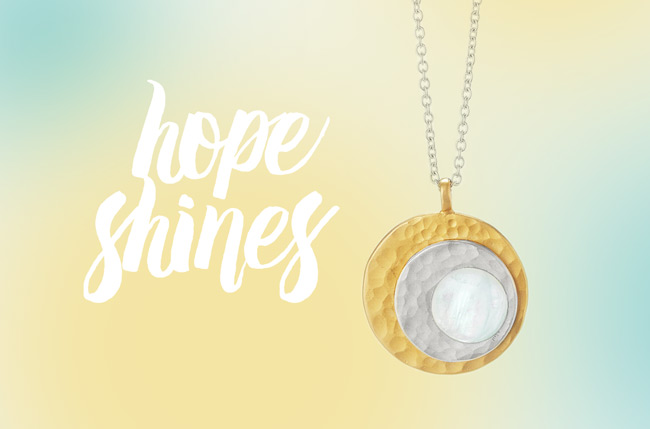 For 16 years, we here at UncommonGoods have demonstrated a commitment to supporting causes we care about through our Better to Give Program, an initiative that allows us to donate $1 from each purchase to a non-profit partner of your choice (and at no additional cost to you). Earlier this year, our Product Development team joined forces with one of our longest-standing Better to Give partners, RAINN, the nation’s largest anti-sexual violence organization, to craft a unique item of jewelry to benefit their organization. The result—our Hope Shines Necklace—is an elegant emblem of what RAINN stands for, symbolizing hope, reflection, and triumph over darkness. But how did we arrive at this design?

The process was a long one—about four months—but our team began with a few ideas in mind. At first, they used text as a springboard, attempting to translate everything from statistics—like RAINN’s assertion that every 98 seconds, another American is sexually assaulted—to the number for the National Sexual Assault Telephone Hotline into wearable pieces of jewelry. Soon, however, they broadened their approach, exploring ways to highlight some of the more general themes associated with RAINN’s mission, like hope, forward motion, and the ongoing nature of one’s story.

These efforts, too, manifested at first in text, as our team experimented with designs incorporating ellipses and semicolons, but one image soon stood out: a photograph of a crystalline pendant included on one of the team’s inspiration boards, pictured above, whose bright, reflective character struck a chord with all involved. As our product developers’ ideas began to take shape, reflection quickly became a prominent theme.

Inspired by the concept of light emerging from darkness and bolstered by feedback from our friends at RAINN, our team soon began to toy with a series of designs incorporating celestial imagery alongside brilliant pieces of moonstone, chosen for its reflective look and rich history as an emblem of hope and protection. Although the sun and moon took many forms in these later, more refined mock-ups, from tiny beads to freely dangling gold and silver disks, our team ultimately settled on a fixed design with a moonstone at its center, surrounded by a ring of hammered sterling silver and, behind it, a 14k gold vermeil “sun.” Here, the rear of the moonstone is left exposed, allowing light to pass through the whole of the stone and encouraging interplay with the wearer’s skin and clothing. 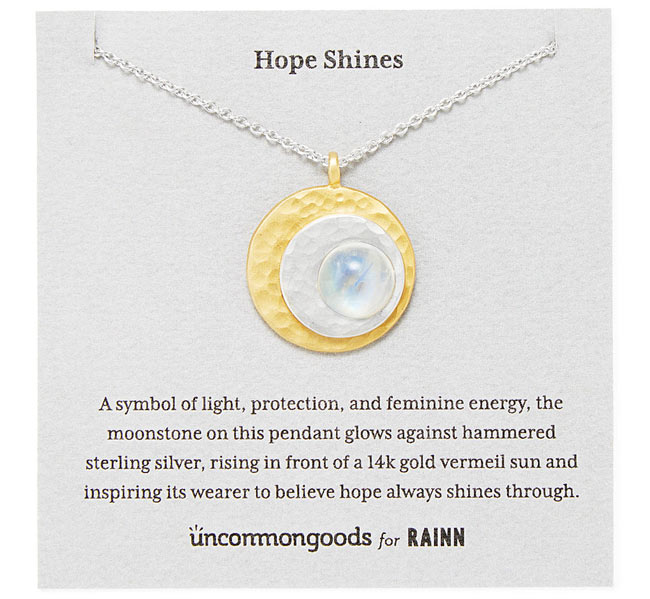 “The Hope Shines Necklace is not only a work of art, it’s a work of hope,” says Jodi Omear, Vice President of Communications at RAINN. “The UncommonGoods team has done a fantastic job of creating a design that not only feels grounding and calming—but also fierce and resilient, just like the survivors we work with every day.”

“Our partnership with UncommonGoods has spanned six years, enabling us to work together to help thousands of survivors. We’re grateful they have dedicated a portion of the proceeds from the Hope Shines Necklace to benefit RAINN’s critical services for survivors, such as the National Sexual Assault Hotline.” 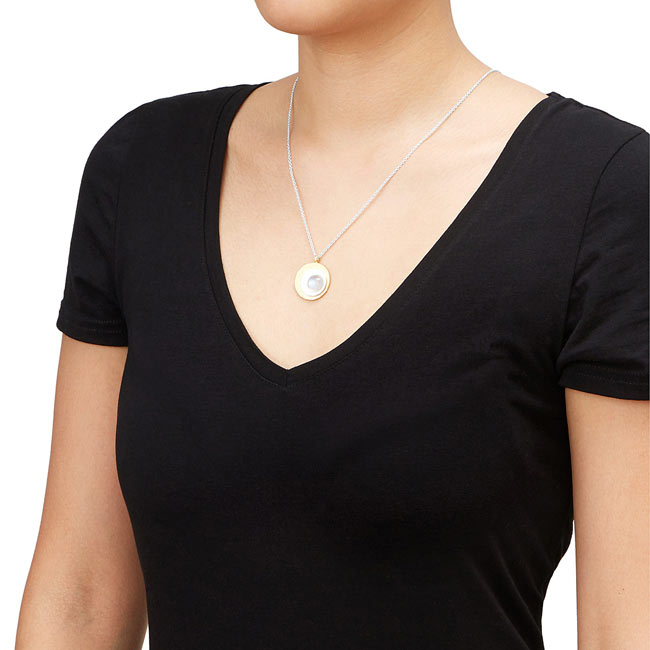 As always, we are proud to partner with RAINN, this time on an exclusive item with which our customers can showcase their support for the organization and its mission. Although RAINN’s work can be difficult to discuss, it is crucial in a world in which an astonishing number of people—over 300,000 over the age of 12—are victimized by sexual assault each year. Since beginning our partnership, UncommonGoods has raised $339,833 in support for RAINN, and with each purchase of our Hope Shines Necklace, RAINN will receive an additional $5—a contribution we’re thrilled to be able to make.