Takeoffs and Landings: A Conversation with Jerry Moran 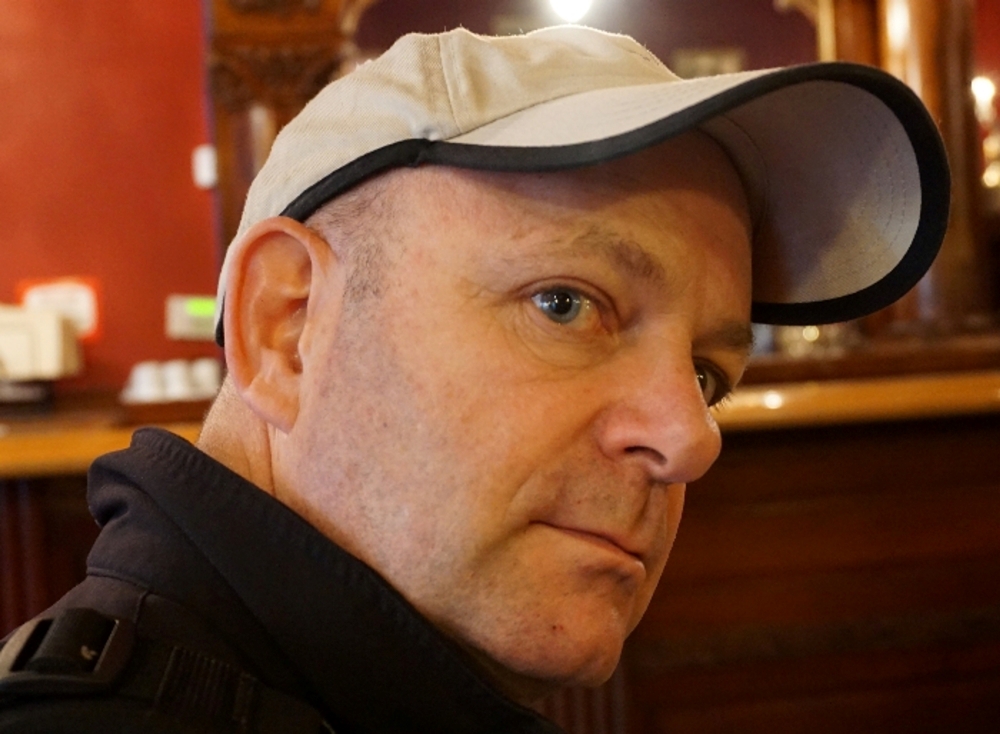 Although we know him best for his handcrafted accessories, Colorado creator Jerry Moran is much more than just a jeweler. For much of his adult life, in fact, Jerry was a self-described “ordinary guy” working in the aerospace industry, getting up close and personal with planes—not necklaces—on an everyday basis. Now Jerry pays tribute to his beloved aircraft by crafting his goods from their disused parts, giving retired planes otherwise primed for destruction an opportunity to brighten the lives of jewelry enthusiasts and aircraft aficionados alike.

To celebrate the induction of a selection of Jerry’s wares into our growing assortment, we engaged him and his wife, Mary, in a brief back-and-forth, digging deeper into the details of what drives him to create (and how he got started on jewelry in the first place). Read on for more on Jerry’s fascinating background, including an account of the pair of earrings that started it all, plus a few words of wisdom courtesy of—surprise—rugby. 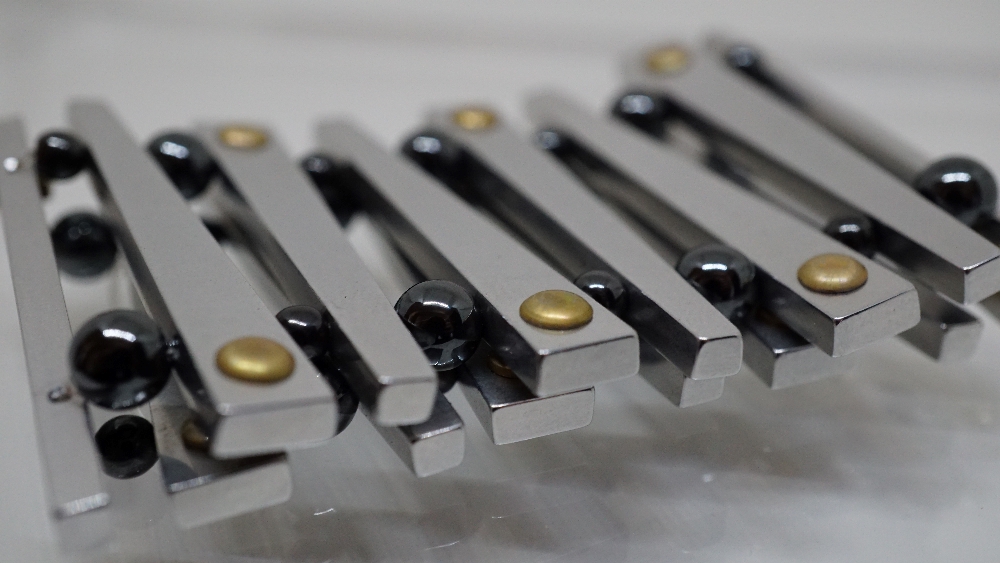 Jerry began his career in the Marines, and now has years in the aerospace industry refurbishing aircraft and working in manufacturing research and development under his belt. He once helped pull a 727—which he would later refurbish—out of a South American jungle, and spruced up a C-119 Boxcar for the 2004 remake of Flight of the Phoenix. “Designing jewelry,” he says, “was a complete and utter accident.”

An accident that began on the job, no less, where he one day found himself captivated by an otherwise nondescript piece of scrap metal. “I can’t tell you why I chose that piece,” says Jerry. “I just did.” After work, he stripped the metal, admiring the scratches, scrapes, and other flaws that landed it in the scrap bin, and crafted his first ever pair of earrings, a gift for Mary. “I have always made little bits of this or that for my wife,” he adds. “If I happen to be up in the mountains without her, I’ll bring her back a cool rock or a perfect pinecone. It’s my way of telling her I’m thinking of her.” 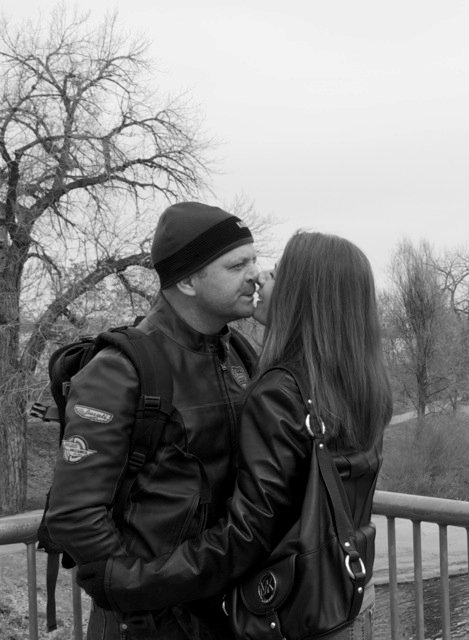 Jerry with his wife, Mary

Mary loved the earrings. And so did her girlfriends. And so did a jewelry designer whose booth the couple stumbled into at a local trade show. “The designer asked her where she’d gotten her earrings,” Jerry recounts. “Mary pointed to me. … The designer also had a retail store and asked if I could make more because she was interested in carrying them. Before I could say ‘no,’ Mary pipe[d] up with, ‘Of course he can!’”

“She was working off Richard Branson’s theory of, ‘Always say yes, and figure it out later,’” he quips.

Was it tough to move from the aerospace world to the delicate realm of jewelry design? Sure. But the two disciplines have more in common than you might think. “When you’re doing refurbishing, or R&D, you have to have the ability to be creative,” Jerry notes. “You have to be able to see not only what is, but what could be.” And a similar ability guides those who transform raw materials into wearable works of art.

“The most difficult part of transitioning from an aerospace career to that of a jewelry designer was getting past my own demons. No one looking at me would think, ‘Hey, that guy totally looks like a jewelry designer,’” Jerry says. “[But] my wife … told me time and time again that I needed to get over myself. And she was right. Sometimes we all need someone telling us that in order to open our eyes to be able to see not only what is, but what could be.”

Jerry working on a C-130 elevator

So what does the day-to-day look like now? “Because of my background,” Jerry says, “I run the studio in pretty much the same manner I would when working on an airplane.” Sometimes this means taking bits of disused aircraft aluminum to automotive restoration shops to be stripped of their old paint; other times it means drawing up designs in computer-assisted drawing (CAD) software. Because Jerry uses salvaged, often scarce materials, keeping a stock of readymade inventory is a difficult endeavor. “Let’s be real,” he says, “it’s not as though I can run out to Home Depot to get my material.” This means that virtually every piece is made to order—and each day is a little different as a result. 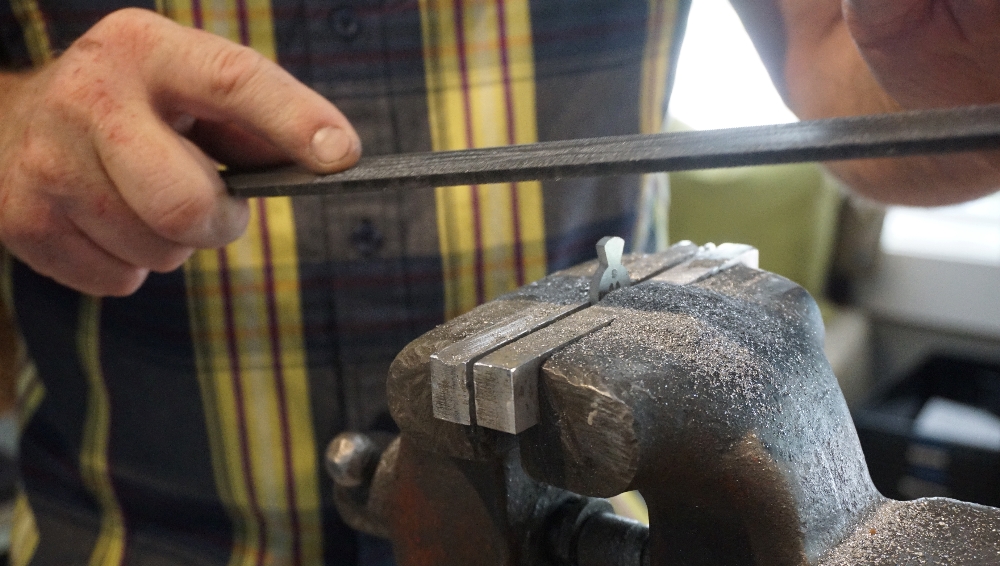 Jerry in the studio, working on cufflinks for us here at UG

In the design stage, Jerry finds inspiration in sources both natural and man-made. “I don’t have a defined source for inspiration,” he says, then concedes: “I do tend to be very industrial.” He cites both planes and bridges as points of departure, and admits to a fascination with objects that boast an architectural bent. Further inspiration, he elaborates, “comes from photographing the crazy-cool red-rock spires in Colorado, Wyoming, and Utah. Or going to the Natural History Museum and staring at the gems and minerals in their natural abstract form. The angles, spikes, and cubes they form in nature, before man ever touches them. They’re architecturally incredible,” he adds, and later recalls: “Mother Nature, hands down, is the greatest artist, and from crystals and minerals pulled from within the Earth, such as fluorite, we see angles, straight lines, and perfect architecture. Within my jewelry, I see that structure.” 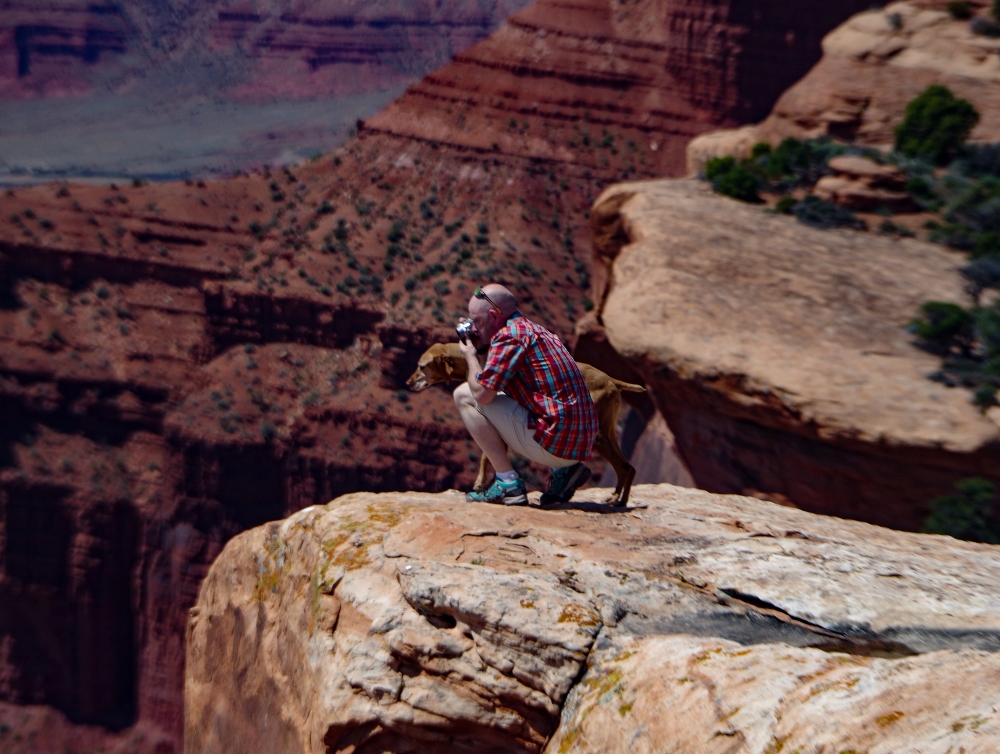 When asked if his use of salvaged material speaks to a personal concern with sustainability, Jerry says, “Absolutely. But for me … it goes much deeper than sustainability.” His outlook on the aircraft from which he sources his material is, admittedly, somewhat unique. “My wife says I have a romance with planes,” he remarks. In his mind, they deserve commendation for their service to the public. “Many of the planes that served our naval ships [in World War II],” he explains, “were dumped into the ocean. I understand the economics behind the decisions, but when you stop looking at economics and think about the soul, there’s a sadness you can’t help feeling. Those planes fought and protected. They deserved a different ending to their stories.”

His connection isn’t limited to military planes, however. “I once received an email from a client who said she only wanted my jewelry if it came from a military bird,” he begins. “We have such romantic notions about the military, and especially WWII, but planes who serve in commercial applications are just as dynamic. A friend of mine flies an air ambulance. The plane he pilots saves lives every day. Commercial aircraft bring sons and daughters home to their parents. And who hasn’t witnessed the kiss of two lovers reuniting[?]” 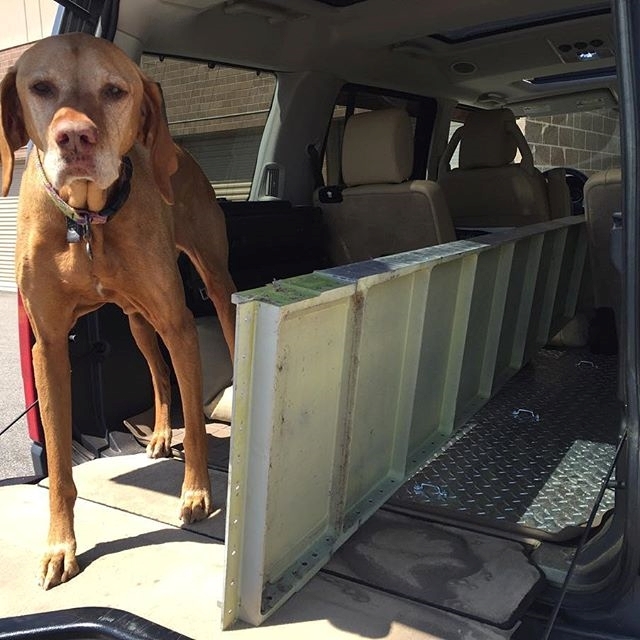 Bringing a WB-57 wing spar out of storage with aforementioned canine companion, Emma

“Every plane deserves the opportunity to be honored for what it has been and done,” he continues. “To be reinvented into something that will not only create new memories but honor it for what it once was… and, in a way, isn’t that just as … important?” 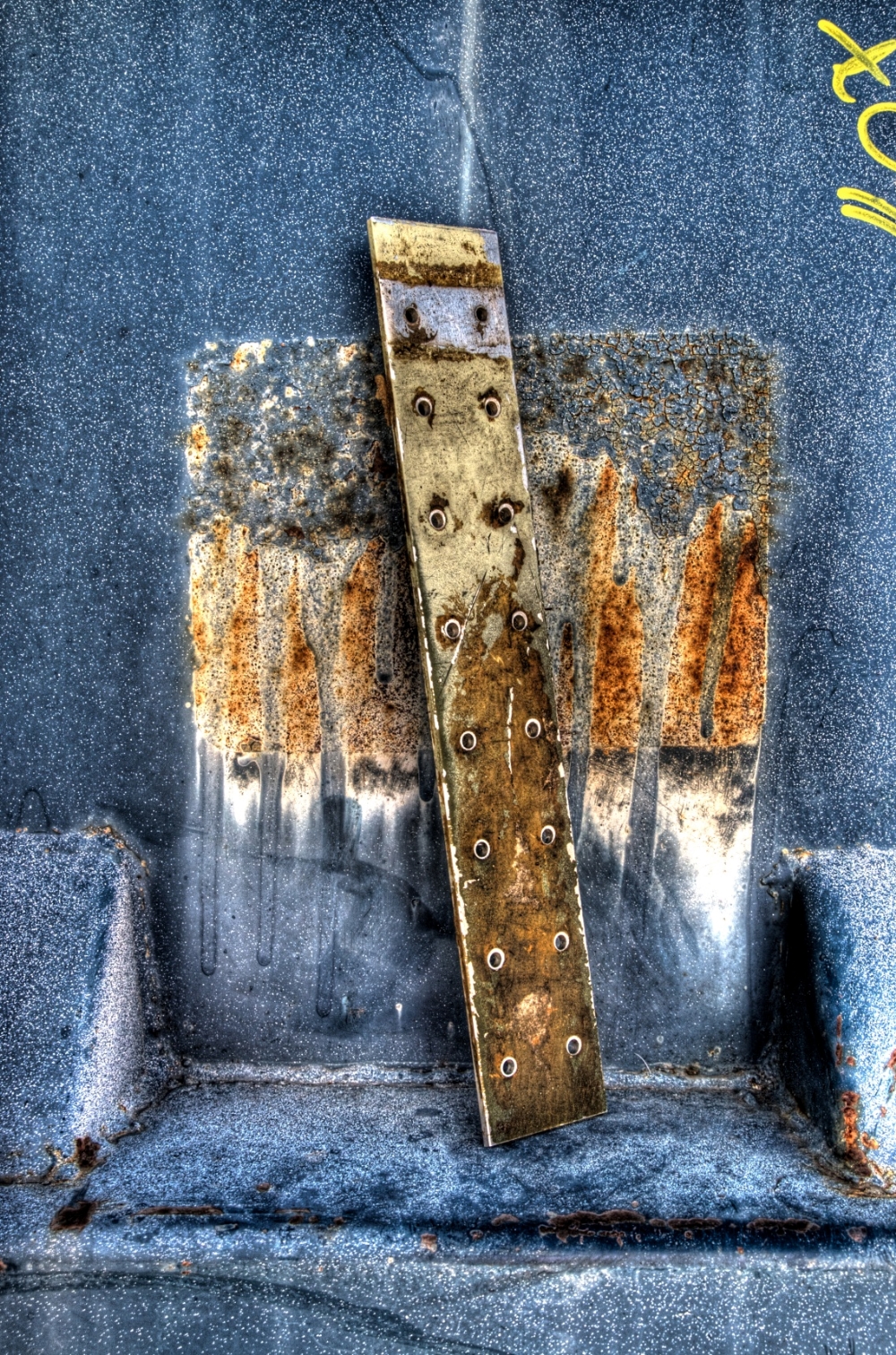 It’s a thoughtful note on which to end, but we also like to ask our creators about their favorite quotes, and we can’t resist making note of Jerry’s. “You’re going to laugh,” he warns, “and it probably won’t make sense… unless you’re a rugby player.”

“I’ve played rugby since high school. I also played for the Marine Corps, and play socially nowadays. When the players go into a scrum, the ref will call out, ‘Crouch. Touch. Pause. Engage.’ I know, sounds completely random. But for a player, each of those words is an instruction in power, strength, think, do.”

“So my mantra, when I’m stuck, frustrated, or simply need to approach something from a different angle is: Crouch (power). Touch (strength). Pause (think). Engage (do).” Wise words. 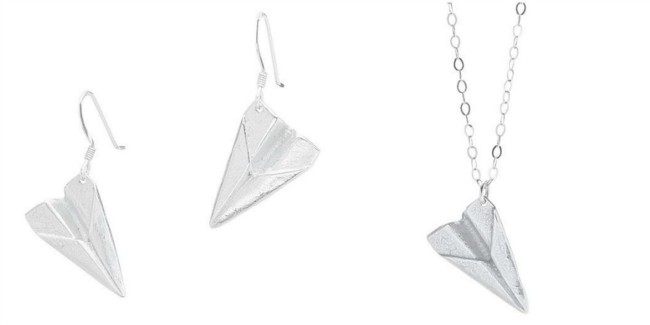 Our Guide to 20th Anniversary Gifts: Three Cheers for China