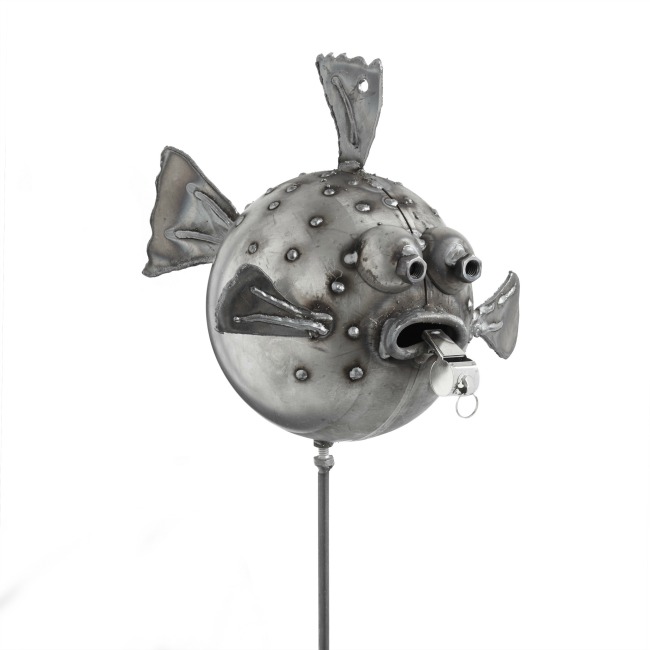 Humans aren’t the only mammals to indulge in recreational drugs. Some horses eat hallucinogenic weeds, elephants get drunk on fermented fruit, and big horn sheep nibble narcotic lichen. Add to the list bottlenose dolphins, which have their own unusual source for getting stoned: pufferfish. These fish are known for their ability to blow up like balloons to foil predators, but most species have an even more powerful defense mechanism: tetrodotoxin, a poison that makes them a foul-tasting meal. Having learned that pufferfish are deadly snacks (up to 1,200 times more poisonous than cyanide), dolphins instead enjoy the narcotic effects of low levels of tetrodotoxin dispersed in water. Film crews have documented dolphins playing with inflated puffers like biological beach balls, passing the hapless fish back and forth among their pod. But this game of puffer polo has a higher purpose: to make the annoyed fish release a cloud of tetrodotoxin which is then enjoyed by the pod for its serene, sub-lethal effects. Under its influence, the dolphins float upside down in a trance-like state, apparently enjoying the natural narcotic. Dude.