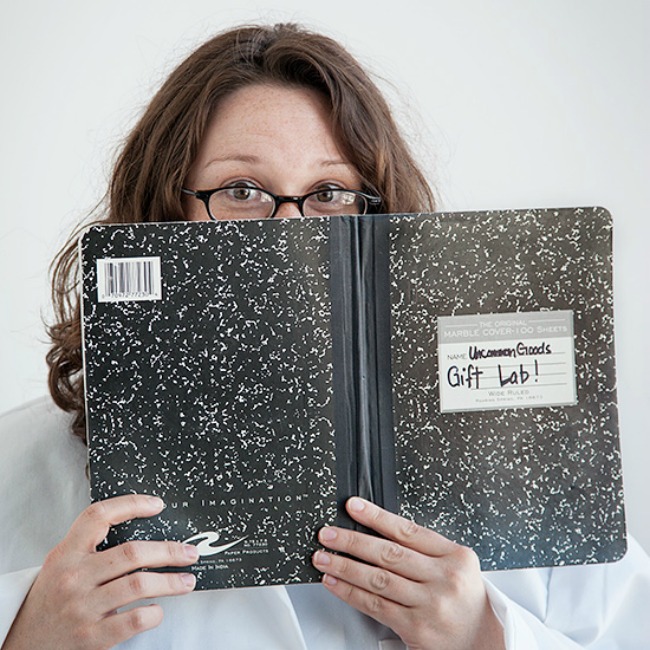 I may not be the most glamorous glamping girl, but I do like to get out of Brooklyn once in a while to see some open, green spaces. Recently, my guy and I packed up a rental car, dropped the cats off with a sitter, and headed for the Catskills. Due to the joys of city traffic we made it to Mongaup Pond Campgrounds 5 hours later (just a couple hours later than expected).

I have been stocking up on fun camping gear all winter long, including some things for the grill from UncommonGoods. I already had the Grilled Cheese Maker, the Kabob Grilling Baskets, and both Coffee and Pine Firestarters ready to go.

My handy grilling tools will help me to create a delicious outdoor dining experience.

On the menu for the first night under the stars we had brats, macaroni salad, broccoli crunch salad, and toasted tots. I planned to use the Pine Firestarter and the Grilled Cheese Maker to get our outdoor feast started.

The firestarters have strong scents without being lit. I was a little bit worried that the pine, more so than the coffee, might not go so well with what I planned to cook over the campfire. It turned out that they did have an aroma while the fire was heating up, but it faded into the background once the logs really started to burn. These little guys are easy to use, and work really well. I broke off a pod, put it in between the arranged logs, and the fire was bright and crackling within minutes. 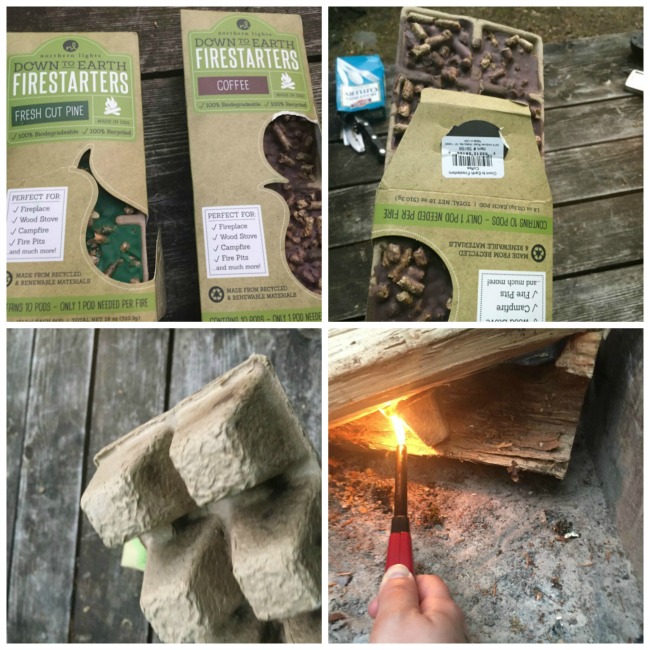 While the fire was heating up, we started our food prep. I was in charge of the tots. I went to spray the Grilled Cheese Maker with cooking spray, and realized we’d forgotten it! Oops. So, I was able to test just how non-stick this little pie iron could be. (Turned out we had no super-stuck-tots!) I got it loaded with tots and a pinch of cheese, and put it near the flames without placing it directly in the fire. I was hoping it could take the heat. While the tots toasted we cooked our brats and set places at the picnic table.

I took the Grilled Cheese Maker off the fire and let it cool. The outside did blacken a bit, but it can definitely handle direct heat. The handle was pretty cool to the touch within a minute or so. I did have to use a fork to pop off the o-ring holding the sandwich part closed— it stayed a little too hot for a while. The tots were piping hot, and slightly too dark on one side. One thing I’ll have to remember for next time is to flip the Grilled Cheese Maker every few minutes. The tots came right out of the maker onto the plate despite the lack of oil. (Phew!) I sprinkled on some parsley along with a tiny pinch of extra cheese, and took a bite. They turned out to be really tasty!

The Grilled Cheese Maker has earned a permanent spot in my crate of camping cookware. I have big plans for it, including actual grilled cheese sandwiches, taco pockets, berry or peach cobblers… Looks like I need to schedule some more camping trips.

So, camping night #2 we were hoping to make fajita fixings and try those taco pockets… but some pop-up thunderstorms dashed our plans.

We were totally going to use the Grilling Baskets, until the rain started coming down. We ducked the rain and headed into town for Italian food and a dry place to hang out. We were glamping, after all, not roughing it.

Phase two of our outdoor adventure was to head further upstate New York to the Adirondacks. We had a house to stay in that included a grill. Time to break out those Grilling Baskets (again)! Now, full disclosure here: I’ve used these before on my grill at home and wasn’t thrilled. I made chicken, shrimp, and fajita veggies. There were many casualties that fell out of the baskets in the process. I had cut the pieces in squares that were a bit big and I expected them to shrink up a little. Still, I lost too many veggies, chicken, and shrimp to the grill’s fire.

This time around I planned to try grilled fajitas again. I put the chicken strips straight on the grill. I cut all the veggies in long strips to go in the grilling baskets. I let the veggies sit in olive oil mixed with a bit of salt and pepper. I loaded up the baskets grill-side. I was impressed to see that these are way less time-consuming than traditional skewers. You don’t have to get as messy sticking each and every chunk of veggie onto a skewer. It was super quick to fill up the baskets and place them on the grill. 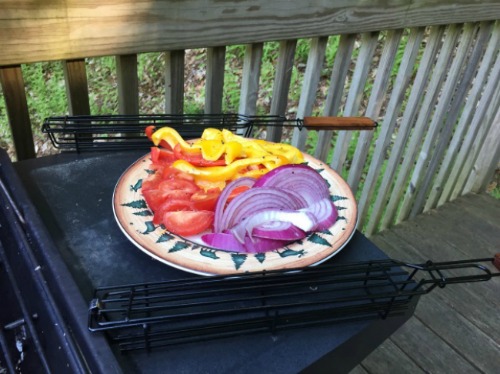 The baskets fit nicely on the grill. I had to be mindful about the grill’s hood handle; it got pretty hot due to the gap from the baskets. I was pleased that the cedar wood handles of the baskets didn’t really take on much heat, though.

The baskets were packed really tight with veggies, so they needed to be flipped occasionally. This is where things went a bit south. Some of the veggies (especially the onions) didn’t survive the flip, instead tumbling into the fiery pit of the grill. Arg. Next time, I’ll try cutting the veggies in wider strips to combat this.  I do have to say, though, it was pretty easy to empty the cooked veggies onto the serving platter. The light coating of olive oil helped keep the veggies from sticking. I was able to use my pot holder to slide the locking o-ring on the basket off and tip the veggies onto the platter. 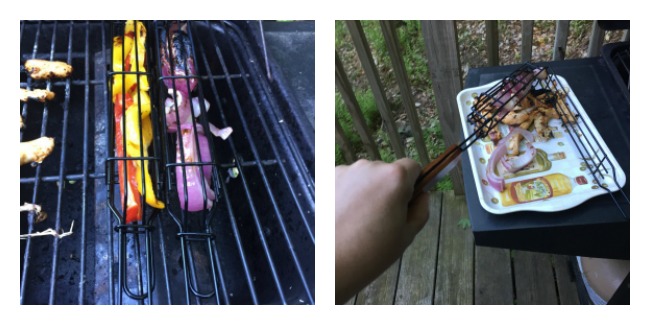 All in all, the grill baskets are easy to use and they make grilling “skewers” much quicker than the standard style. The grilled fajitas were quite tasty (even if we didn’t get to enjoy them at the campfire).

Now I know if I really want to glamp up my next outdoor excursion, the Grilled Cheese Maker, Kabob Grilling Baskets, Fresh Cut Firestarters and Coffee Firestarters are all coming with.

Laura is an Assistant Manager of Customer Service at UncommonGoods.

Uncommon Knowledge: Who Invented the Hashtag?