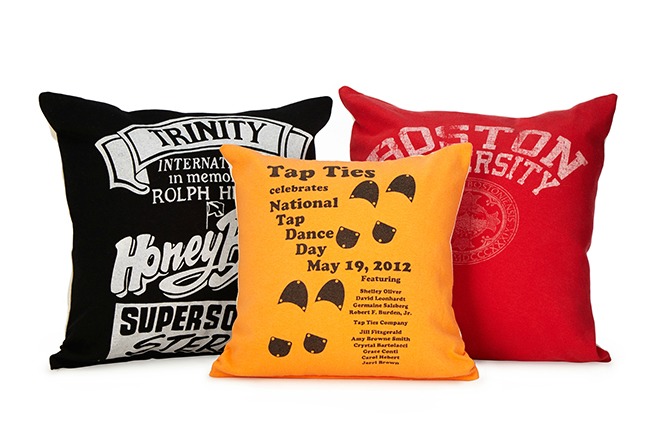 Most of us have an old shirt in the back of a drawer that we just can’t bear to get rid of. Maybe it doesn’t fit quite right anymore, or maybe it just doesn’t work with your current wardrobe, but throwing it out or even donating it just doesn’t feel like an option. Maybe that shirt is from an unforgettable concert or a big game. Maybe it’s from a special day, like that tuxedo shirt from your wedding that means a lot, but will probably never be worn again. Or maybe it’s a shirt that was passed on to you by someone special. Just because you don’t wear it anymore doesn’t mean you can’t show it off. Turn it into a Personal Shirt and Message Pillow to give your old shirt a new use.

A few folks on our team had t-shirts with sentimental value, and now they have brand new pillows stuffed with memories (and synthetic, goose-friendly down).

This shirt encapsulates my college experience. Every time I see it I think of some insane exam I’ve had or about hilarious nights out with friends.

I bought the shirt at the BU bookstore during the first week of my freshman year. It’s definitely seen its days–many hockey games and late nights studying in the basement of the Science and Engineering building. It was my go-to shirt when I was in school. I feel that so many people keep their college t-shirts forever to commemorate their experiences; the pillow is a perfect way to keep the shirt even though I don’t wear it anymore. 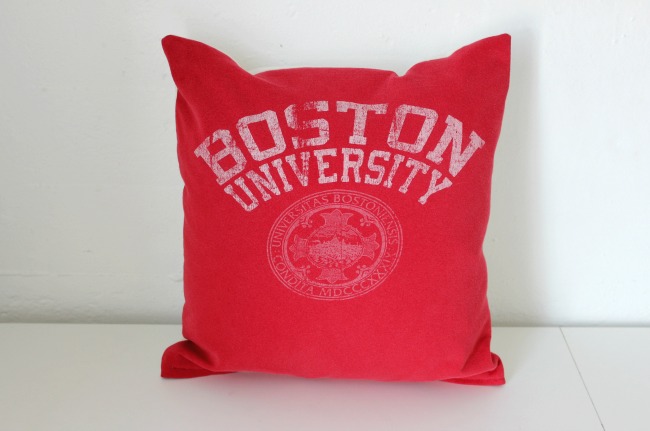 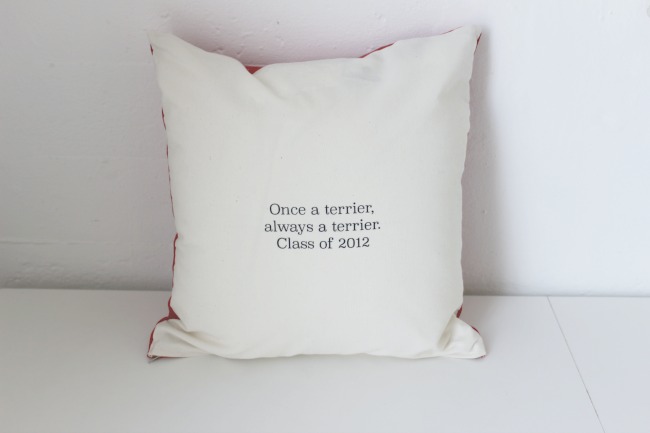 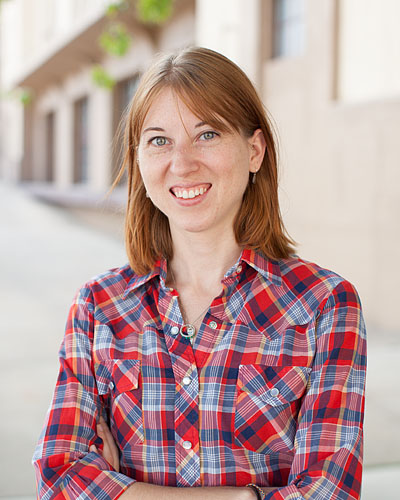 I wasn’t tapping a lot after I finished college but never stopped loving it. I moved to NY in 2010 and started taking a tap class on Fridays, but tap was definitely not a priority in my life. After two years in New York City, I saw that this workshop was happening at my alma mater, and I thought it would be fun to go back and tap with some college buddies. That’s where I got the t-shirt! Plus, my teacher from the Friday class in NYC was teaching there. Perfect.

I went and took classes from a bunch of different teachers. I thought it would be difficult, but I was able to keep up. I was inspired to try some new classes when I got back to NY. It completely changed my life. I started taking a lot of classes. I was dancing whenever I could. I still take class with my Friday teacher when I have the chance, but now I’m also dancing with her company. 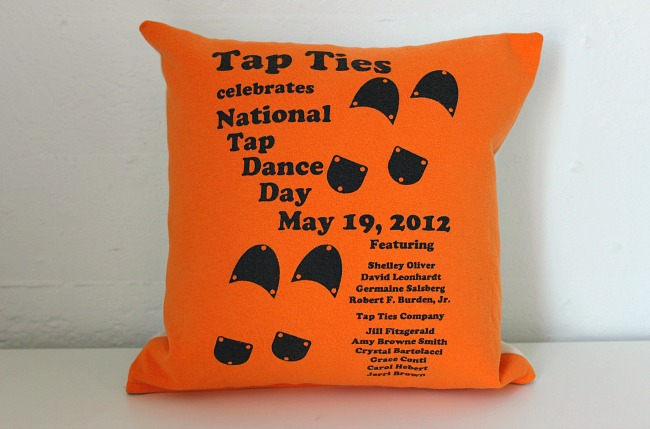 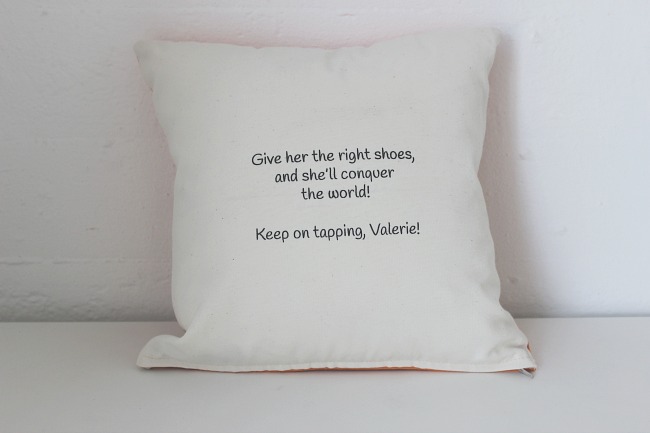 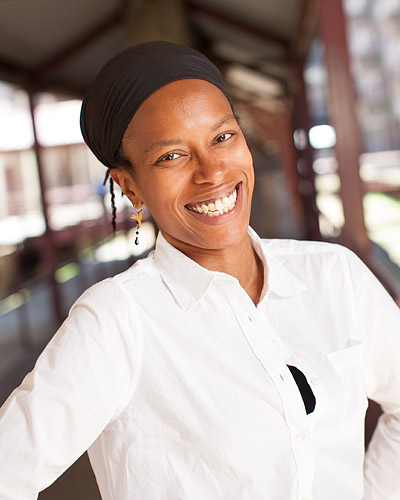 The shirt just reminds me of who my granddad was as a person, what he loved, and how expressive he was. He loved  music, food (or rather feeding people), and business!
I am the second grandchild for him and we were very close. He hired me at 13 (shh) and always treated me like an employee when at work. He didn’t mince words and had a very strong work ethic. He was very active in our community and supported, donated, and fundraised for different factions of that community (including NYPD), but he always started with the Caribbean citizens (we are originally from Trinidad and Tobago).

Unfortunately, he was murdered in his home in 1993. My family held a memorial football match (soccer) in Trinidad the following year and had these shirts made for the players. The players included his sons, brothers, nephews and cousins, and sons of the men that he grew up with. 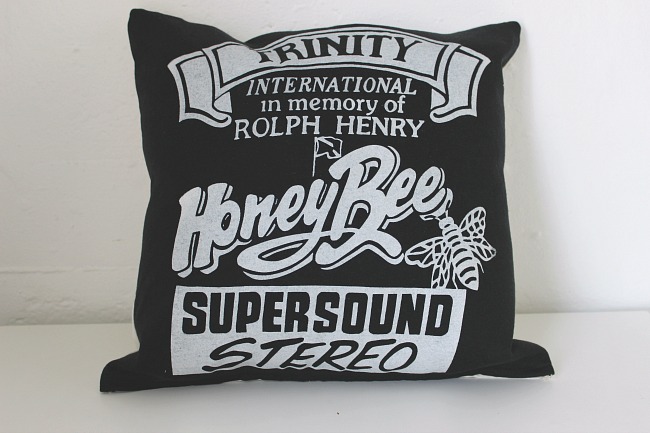 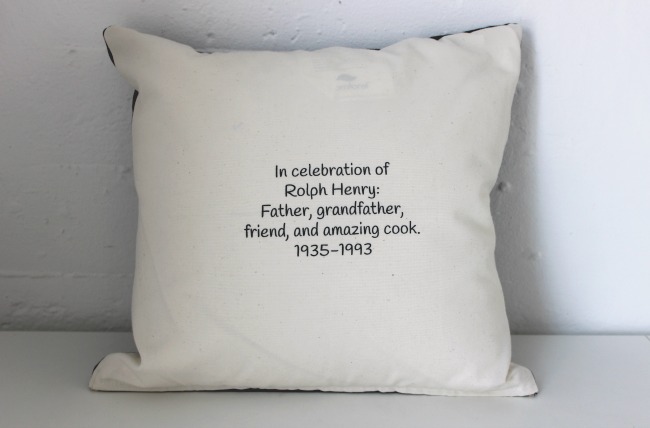