After recently partnering with a new Better to Give partner – The International Rescue Committee (IRC) – UncommonGoods was lucky enough to have an audience with Omar Almashhadani, a refugee client of the IRC. Omar describes himself as being a refugee twice in his life. In 2006, Omar was living in his native Iraq, studying prosthetic dentistry, and was hoping to continue his studies and move into practicing – but his life was in danger. The security situation in Iraq had collapsed, and his family fled the country to what they thought at the time might be a beacon of safety—Syria. They lived in a refugee camp, and Omar and his brother couldn’t go to college or work because of restrictions on refugees. Given the bleak outlook for their futures in a refugee camp, Omar and his family decided to apply for refugee resettlement in the United States, and in April 2008, were granted resettlement in the U.S. With help from the IRC, Omar became a U.S. citizen and has been going to school and working in New York City ever since. Here’s a look at our conversation with Omar. 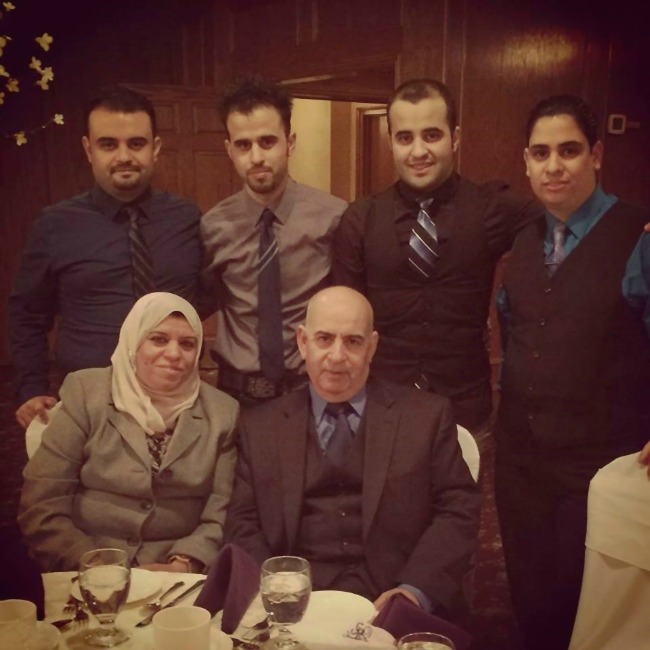 Omar (far right) with his family, who are now living in the United States

What was your life in Iraq like before the war?

It was peaceful, quiet, and I could go outside to hang out with my friends and family. We had many different communities and different religions, but we were all very happy and peaceful.

How did your family decide it was time to leave Iraq?

In 2003, the war drove me and my family out of my hometown and into the center of Baghdad where we stayed with my uncle. Unfortunately the conflict continued to escalate with suicide bombings and rumors of people being kidnapped. Then in 2005 my brother was shot in the leg, and we realized it was too dangerous to stay any longer. We knew we had to leave as soon as possible, so we applied for an Iraqi passport – which can take a year to be approved. Finally we fled to Syria in 2006. At that time, Syria was considered safer than Iraq. 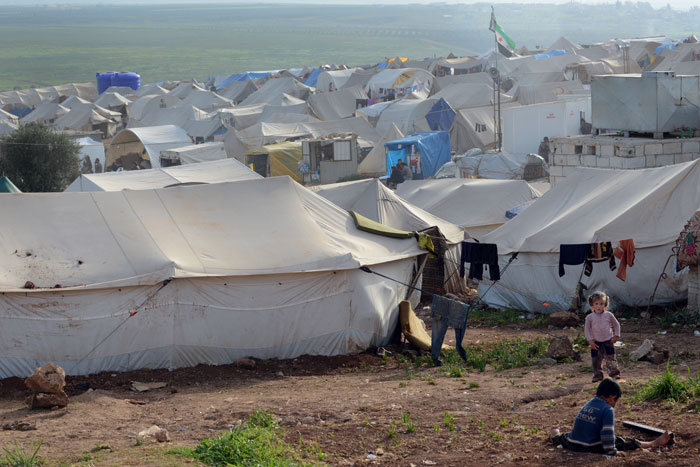 More than four million people have been displaced within Syria, and 12.3 million people are in need of aid in Syria and surrounding countries: Jordan, Lebanon, Iraq, and Turkey. This is one of the many refugee camps in Syria, similar to a camp where Omar and his family stayed.| Photo: Peter Biro/IRC

You’ve mentioned that you feel like you’ve been a refugee twice – can you tell me about that?

I sought refuge when I moved to Syria and stayed in a crowded refugee camp for two years. I wanted to pursue better opportunities like going to college, but that was not possible there. Eventually the Syrian police began to crack down on the overcrowding of refugees, and at that point we knew that it was time to seek refuge in a third country.

They say less than 1 percent of all displaced people worldwide are eventually resettled in third countries. So we went to the United Nations High Commissioner for Refugees to tell them about our story and what happened to my family, and my brother. Luckily, although there were so many applying, we heard the news that we were approved to resettle in the United States. From there, over the next couple of years we met with government representatives from the U.S., went through medical exams and were treated to vigorous background checks before we could actually move to our new home in New York City. 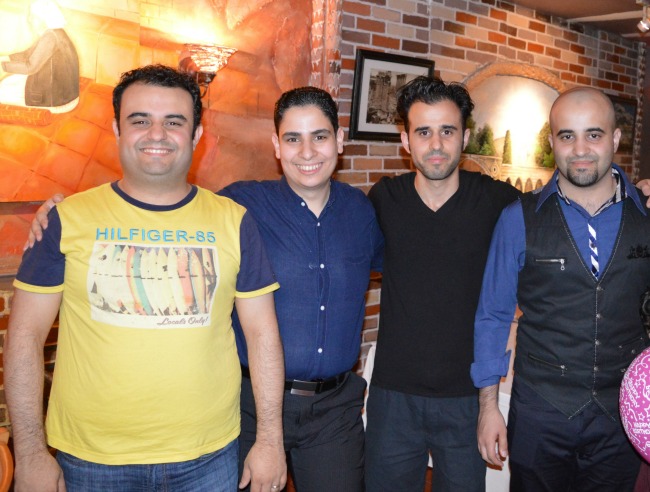 Omar with his three brothers

What was the biggest surprise you had about the culture in America?

Many surprises! One was that I felt like more than a refugee – I felt more than welcomed – and that was because of the diversity of New York City. Also, arriving at the airport and being greeted with a happy face to help us with our luggage and show us to our apartment – we felt so welcomed. Also – the subway system! That was very different than the buses we used in the Middle East to get around in.

What is one thing you would like all Americans to know about refugees?

I would say refugees are people like me who have been displaced from their home. When they come to the U.S. they’re looking to rebuild their lives that have been taken from them. It’s not their fault – they’re facing a crisis. We want to work hard and become a part of society, and we hope you will accept us.

Inspired by Omar’s story? Select the International Rescue Committee the next time you participate in Better to Give, or donate directly to the IRC or learn more about volunteer opportunities here: http://www.rescue.org/how-you-can-help.

Uncommon Knowledge: Did Ancient Cultures Have the Blues?