As a certified B Corporation, UncommonGoods is excited about sustainability. That means more to us than just being “green”–we strive to offer products that reflect the environmental and social best-interests of everyone. So, when our makers are as concerned with sustainability as we are, we’re always eager to learn more about their process and the positive impact they’re having on the world. 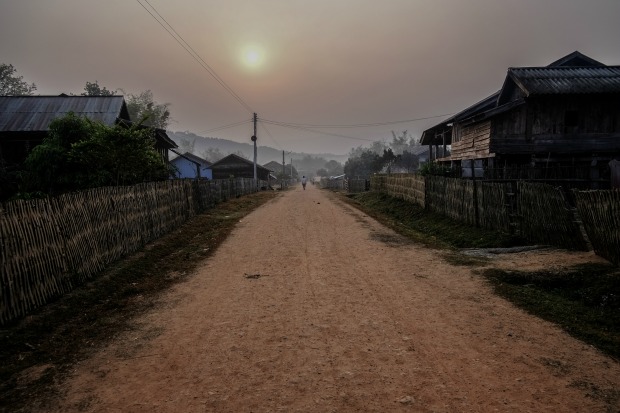 A village in Laos, Photos courtesy of Elizabeth Suda

While many of our makers rely on sustainable practices at one point or another in their process, we’re especially excited about those who place the wider world at the forefront of their craft–those who are making an uncommon impact.

In the case of Elizabeth Suda, founder of Article 22, making a positive impact is, in part, about helping to heal the negative impact the imposed on Laos  during the Vietnam War. The Peacebomb Jewelry designs produced by Article 22 aren’t just fashionable accessories, they’re also symbols of hope. 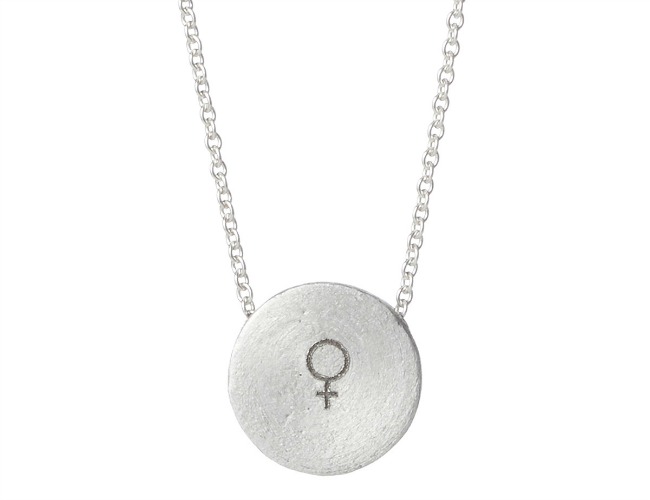 Laos, the most heavily bombed country per capita in history, was a neutral territory during the Vietnam War. However, the United States dropped more than 2 million tons of bombs on the Southeast Asian country from 1964 to 1973. Despite the overwhelming losses the people of Laos suffered during these bombings, and continue to suffer on account of undetonated–but still active–bombs scattered across the country, local artisans are supporting their families and communities through techniques that have become traditional over the last 40 years. 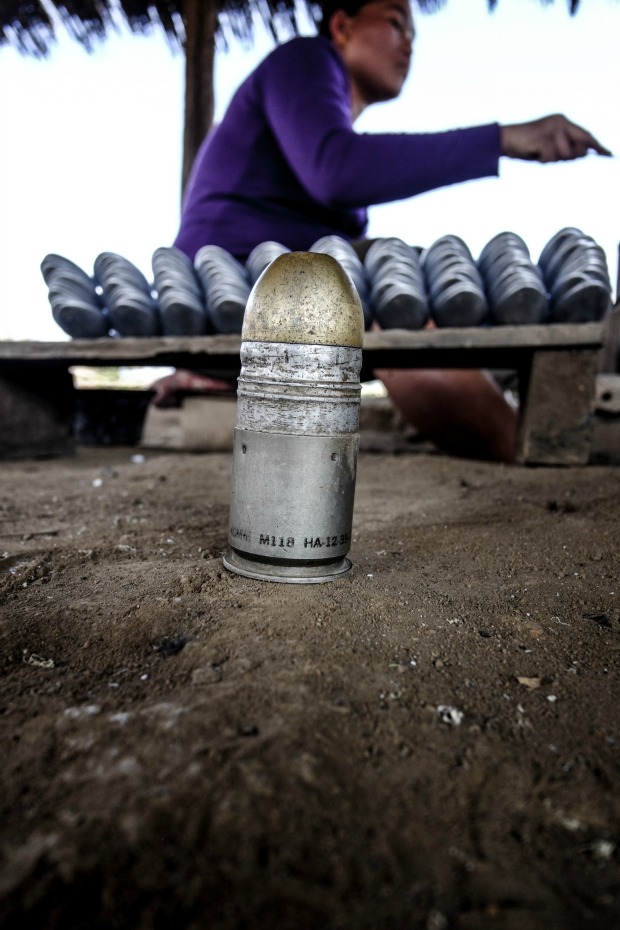 An artisan with reclaimed bomb metal and handcrafted spoons

Elizabeth first visited Laos in 2008, and lived there for six months while working on a project researching textiles with the Swiss non-governmental organization Helvetas. While there, she saw something that not only touched her, but also became the foundation for Article 22; villagers were making soup spoons out of metal salvaged from actual bombs and heaped in scrap piles.

Seeing Laotian artisans craft spoons out of this otherwise unwanted, and definitely unwelcome, material made Elizabeth wonder how else the metalworking techniques they’d developed since the ’70s could be employed. She realized that while there may not be a global market for handmade, reclaimed bomb metal soup spoons, there would be a market for jewelry made of the same material, using the same techniques. 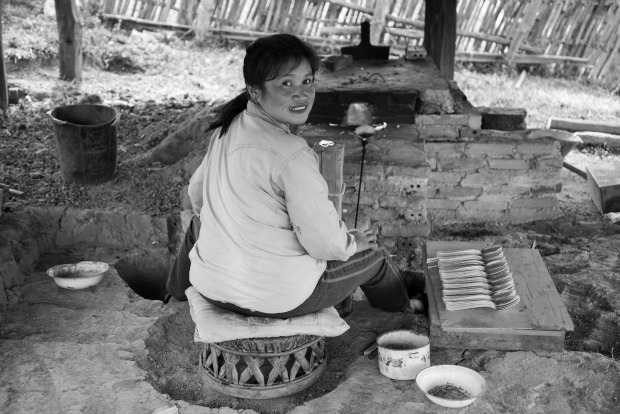 An artisan in her work station (above),Reclaimed metal spoons (below)

“We’re growing the line-it’s impactful because many times when we do something new we are challenging our artisans in a positive way to think about the process to make new things,” said Elizabeth. “The more we’re able to achieve at the village level, the more income for the artisans.”

Making sure that working conditions are safe and comfortable is important, so each artisan has a workspace right outside their own home. This way they don’t have to commute to a factory, and they get to be close to their families. As part of the initiative to grow community infrastructure, artisans are giving assistance in setting up bank accounts, making it faster and easier for them to get paid. 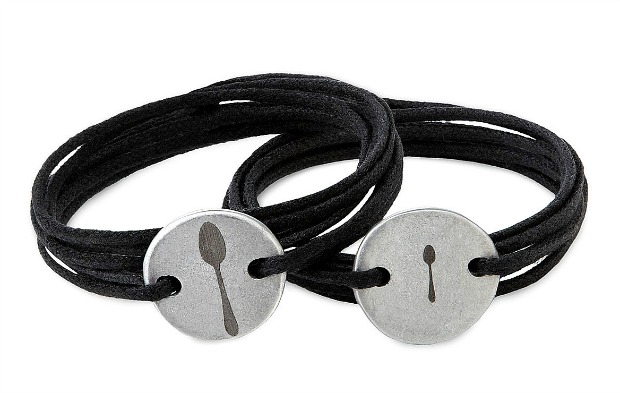 While access to a safe work environment and a reliable source of income are something that many of us take for granted, these accommodations have helped to raise the standard of living for those involved. “The artisans are subsistence farmers by definition, meaning that what they farm is what they eat,” said Elizabeth. “They don’t sell what they grow. That means they have very little disposable income. Our work with them is very significant in terms of income. What [they earn through Peacebombs] helps them pay for books and fuel and other things that they need and want.”

While Elizabeth and her business partner, Article 22’s co-founder Camille Hautefort, believe that helping villagers earn sustainable income is important, it isn’t the only goal of their business. Part of their mission is to help the environment, and Laotians beyond the artisans they work with, by clearing the bombs that have yet to be detonated from the countryside. 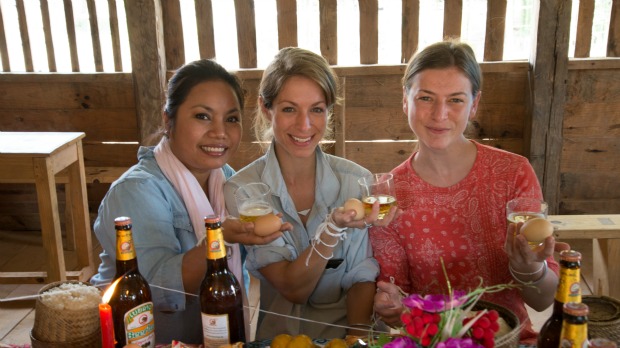 Around 3o% of the bombs dropped on Laos never went off, meaning that about 80 million bombs landed, but didn’t explode. Many of those bombs, now known as unexploded ordnance or UXO,  are still there, posing threat of serious injury or even death to those that stumble upon them. Though clearing the bombs is a slow and costly process, organizations such as Mines Advisory Group (MAG) are working to restore the land to its pre-war condition and prevent future UXO injuries and fatalities. By donating to MAG, Article 22 helps to ensure the safety of their artisans, the families of those artisans, and their communities.

Buying Back the Bombs film trailer,  See the entire film on Vimeo

“We define sustainability, as many people do, in terms of people, profit, and the planet,” Elizabeth explained. “For us, [sustainability is] really our reason for being.” She went on to say that although the business makes a profit, they don’t see a conflict between earning a profit and helping people and the planet. “The more product we sell, the more we can donate to help clear the unexploded bombs,” she said. 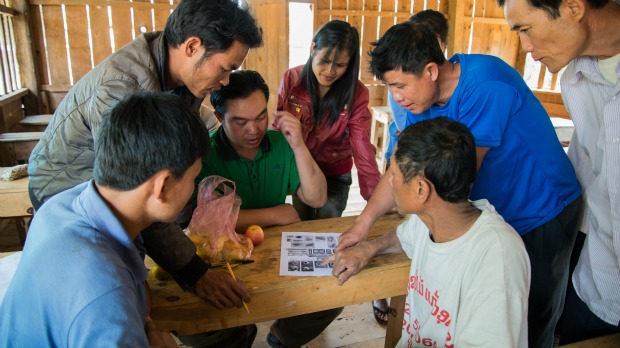 Materials and spoons in a workstation (above), Artisans collaborating (below)

“In general jewelry has a personal significance–from an engagement ring that symbolizes love to a piece of jewelry to celebrate a first child to a men’s watch that might be a gift for graduation. This is why heirloom jewelry is so significant,” said Elizabeth. “We see the Peacebomb jewelry as having that significance. It is a piece of history. It’s a symbol of people turning something bad into something good.”

Uncommon Knowledge: Is it Really All About That Bass?

Uncommon Knowledge: Who Smashed the First Guitar on Stage?