More than any other word, “roaring” is used to describe the 1920s. But despite the word being synonymous with “boisterous” and “rowdy,” mention of the decade usually conjures images of sophisticated parties, Art Deco, and beautiful women in stylish clothing dancing the Charleston. Sure, the parties may have been fueled by bootlegged booze and a crazy new style of music, but tales of the Jazz Age often leave today’s daydreamers feeling nostalgia for the class and culture of a decade gone by. 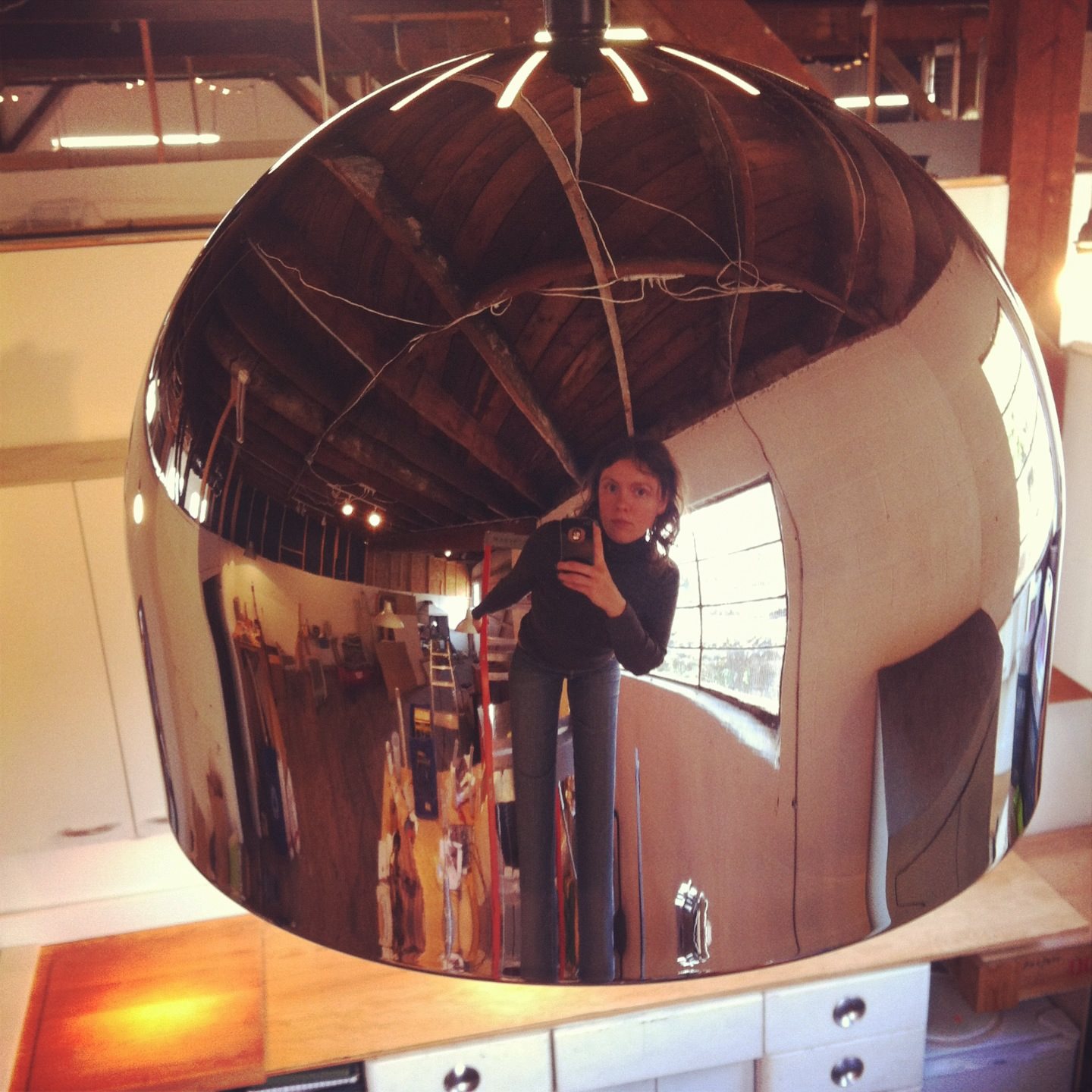 Intrigued by the melding of sophistication and excess that made the ‘20s such an interesting time, Erin Rose Gardner created a line of Art Deco jewelry “inspired by the significant changes in lifestyle & culture” of the period. This is a good place to mention that each piece in this collection of elegant designs also serves as a fully functional roach clip. 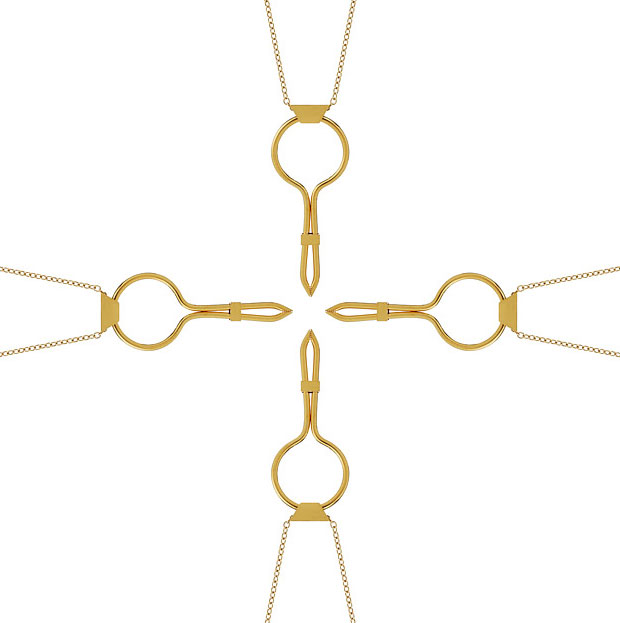 One of these significant changes was the ratification of the 18th Amendment, which ushered in prohibition. During the 1920s it was illegal to manufacture, sell, or transport alcohol. Of course, prohibition eventually came to an end when the 21st amendment repealed its predecessor, and now adults across the nation are free to drink gin that didn’t get its kick in a bathtub.

Today the temperance movement against alcoholic beverage seems like the distant past, considering the prevalence of bars and nightclubs across the country, pop culture references to imbibing, and even some evidence that drinking in moderation can actually be good for you.

Erin’s work speaks to a sort of modern prohibition that’s happening now, the war on pot. “The modern prohibition movement is part of the current conversation,” said Erin. “It seems like we may be at the beginning of the end with individual states voting for legalization. I find it interesting to think about how political policies shift social norms.” 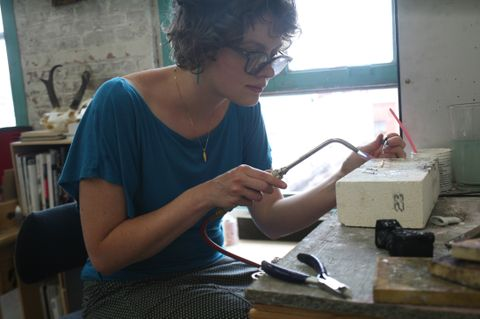 Studying metalsmithing and jewelry at the University of Oregon gave Erin training not only in the technical aspect of her craft, but also foundations in conceptualization and research. “With my work, I am constantly looking for connections and meaning,” she explained. “As a producer of maker-made objects, I want to create things that people find beautiful and well-crafted, but also interesting.”

The layered story of Erin’s Mary Jane’s Necklace and Earrings may seem to start with the style of the ‘20s and a commentary on modern prohibition, but the “connections and meaning” she spoke of go even deeper. In fact, according to Erin, the designs were born from a personal narrative:

It started over ten years ago, I stole my mother’s roach clip. She had not used it in years, but kept it poked into a houseplant as it held sentimental value. As a child I thought this thing was a toy or special pair of medical tweezers. Although I wasn’t sure what it was, I did know this metal thing was special because it was a gift from her sister when they were teenagers. When my parents separated, my mom forgot her roach clip in the plant, so I took it. I lost it within four hours and never told her. (She now knows because my baby sister is a tattletale!)

An online image search lead to a vintage clip that looked like Erin’s mother’s made by a company called Squirkenworks run by furniture artist Garry Knox Bennett. Erin became interested in how the artist questioned the “preciousness” of craft and explored non-traditional materials. Squirkenworks sold electroplated roach clips across the country and still operates today as Gold Seal Plating. “The passive income provided by this business has allowed Bennett the freedom make furniture that pushes boundaries and is not constrained by market expectations,” Erin explained.

Each of Erin’s own clips is completely handmade and features a unique sliding mechanism inspired by the one Garry Knox Bennett invented in the 1960s. (She actually had the opportunity to meet Bennett, discuss her project, and take a look at this collection of clips and other works when she visited him in Oakland, CA last summer.) 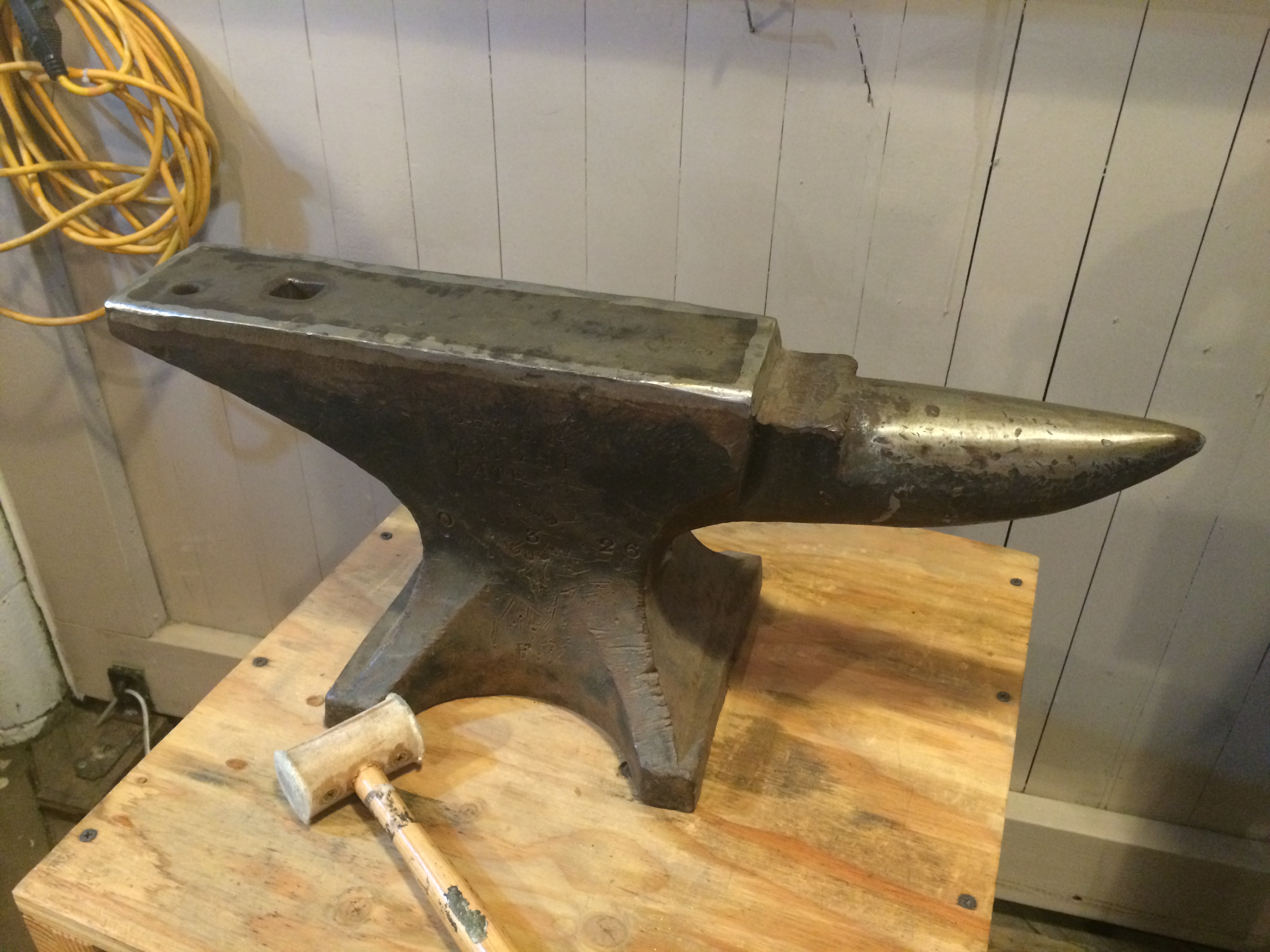 Using a hammer and anvil, Erin shapes simple brass rods into elegant contours. “I strive for perfect symmetry and function as I make each individual pendant or earring,” she said. “Each piece features a unique sliding mechanism. Simply pull the slide back and the clip springs open. Then to clip, move the slider forward and the device is tightly secured. The tips are serrated which gives optimal grip.” The brass is transformed again during the final step in the artist’s process, when she polishes each piece and electroplates it with 24k gold. 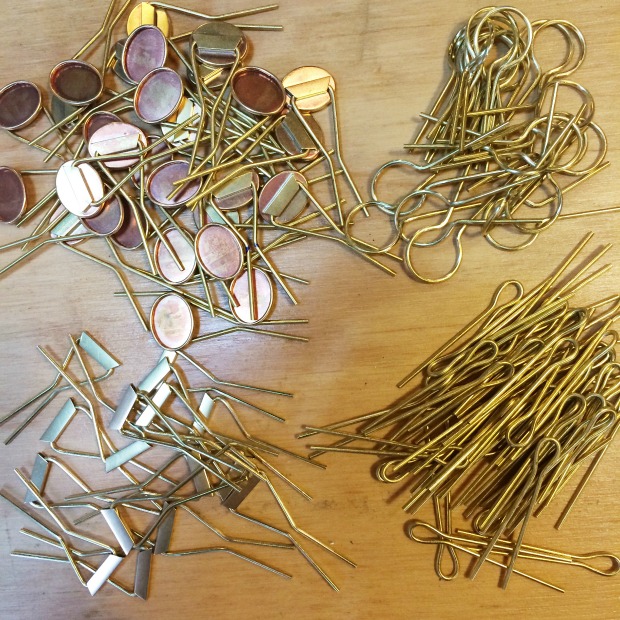 Erin commented that, like “every metalsmith,” she fell in love with the material. It’s easy to see this love, and her dedication to the process, when you look at the detail in each handcrafted piece. The collection appeals not only to those with 1920s fashion sense or fond memories of the roach clips that became popular in the ‘60s. The designs are fully functional for the enjoyment of those in legal territory, statement pieces for marijuana legalization supporters, and—as Erin put it herself—“well crafted, but also interesting” adornments for those looking for high quality, uncommon jewelry.