While some artists and designers have to go out of their way to find inspiration—venturing out to museums or into breathtaking natural settings to rekindle their creative spark—Argentinian jewelry maker Fernanda Sibilia says “inspiration is easy in Buenos Aires” where she has her studio. It’s in the Abasto district, named for the Mercado de Abasto, which was the main fruit and vegetable market for the city for nearly a century. Now a fashionable mall, it remains a focus of tradition and vibrant urban life for Buenos Aires. 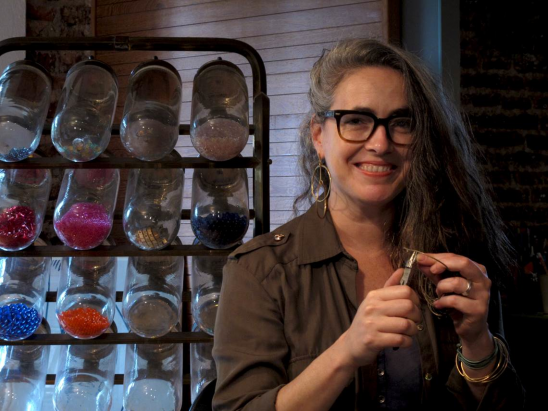 Fernanda observes that Buenos Aires offers many layers of inspiration—natural, architectural, and cultural. “The sky is blue almost every day, and the trees have a different color each season,” she says. “My favorite month is November, when our trees bloom…Jacaranda, Palo Borracho, and Tipas, one after the other.” This vivid natural palette is rivaled only by the colorfully decorated buildings of the fileteado porteño style, where entire facades are adorned with elaborate ribbons, fanciful dragons, and floral arabesques. The spirit of fileteado also finds its way into the patinated floral surfaces of some of Fernanda’s jewelry. 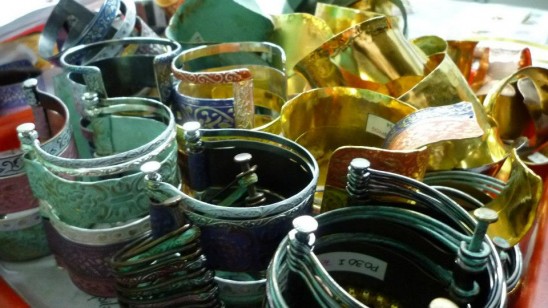 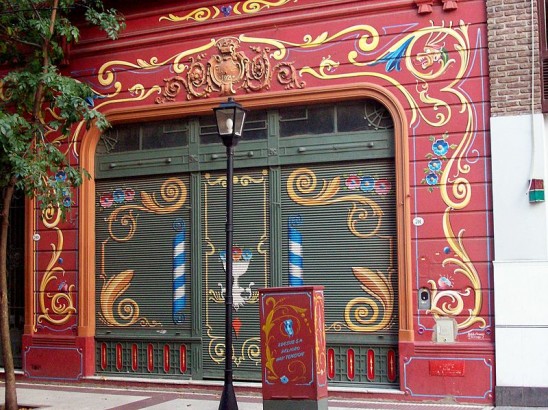 Fernanda’s Abasto neighborhood is also associated with the blossoming of the tango in Buenos Aires, a sensuous tradition of music and dance that can be glimpsed in some of her designs where the gestural twisting and layering of metals produces alluringly sinuous forms. She says that she “feels like an alchemist” when combining the qualities of different metals, and “love[s] mixing the green of patina, the red of copper, the yellowish brown of brass, and the iridescences of oxides.” 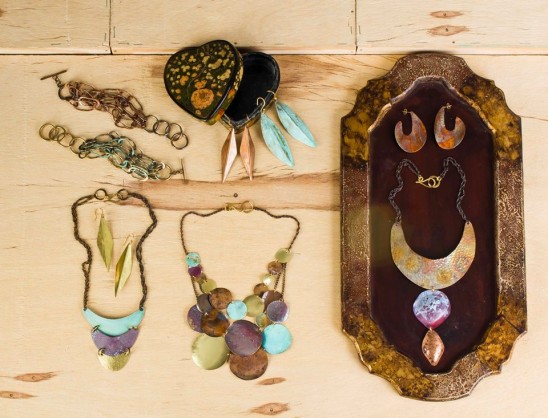 Whatever the influences on her work, Fernanda makes an intriguing distinction between modes of inspiration, saying, “I try to be near art rather than fashion. This makes me enjoy simple things without being aware of trends, so I’m aesthetically independent.” Essentially, she’s pursuing a timelessness in her designs, steering them away from the mercurial influence of fashion, avoiding the limited shelf life of ever-shifting trends.