Whether you flew through calculus or crawled your way through freshman year algebra, a party with pie is something everyone can get behind. Enter Pi Day, a nerdtastic celebration of all things pi and pie.

For those of you who erased most of high school math from your memory (this writer who had to look it up on Wikipedia included), pi is the symbol used by mathematicians to represent the ratio of a circle’s circumference. Sure!

Since pi is an irrational number, it has an infinite number of digits in its decimal representation. However, the first few digits (3.141592…) are the digits used to designate the “Pi” holiday, celebrated on 3/14. This year is a special year, as 3/14/15 represents even more digits of pi! What a time to be a math lover! 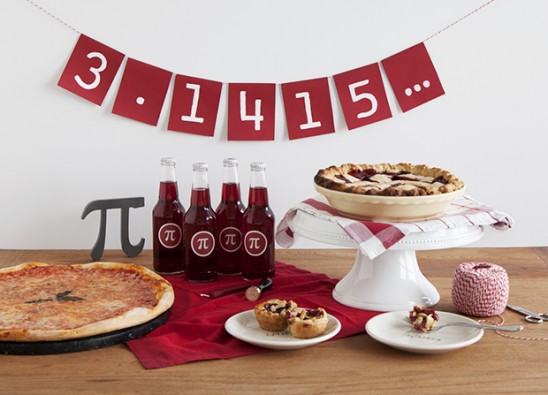 UncommonGoods loves math, to say the least, so we had our pick of great pi paraphernalia. Using math plates, bottle openers, and pizza stones, we were able to create a well-calculated (get it???) table spread that was just as delicious as it was educational. 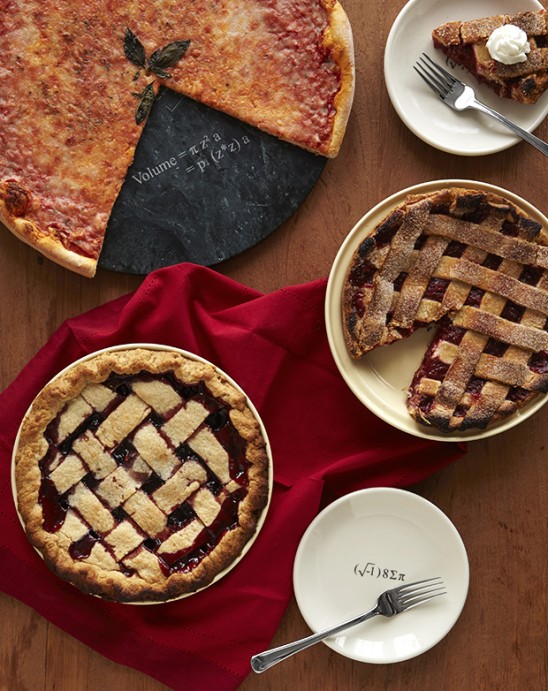 Pi(Z*Z)A Stone/I Eight Sum Pi Dish/ I Eight Sum Pi Plates
They look like regular plates when full, but each slice of lemon meringue or apple crumble reveals a nerdy lesson in pie consumption. The Pi Plates and matching serving dish spell out a mathematical equation that reads “I eight sum pie”, which is exactly what you should be doing at a Pi Party. The pizza stone’s equation for volume spells out pi(z*z)a, just in case you weren’t sure how much cheesy perfection you should be dominating. 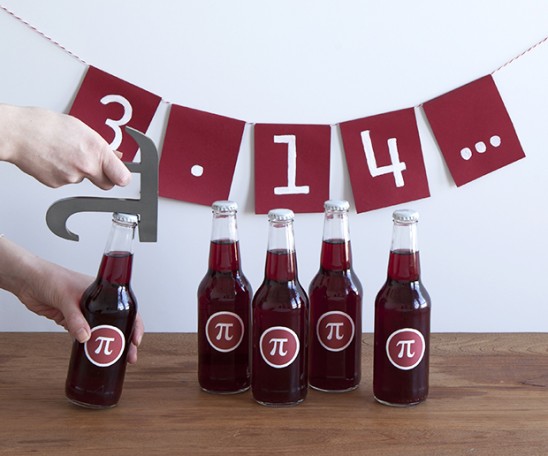 Pi Bottle Opener
Nothing says party time like a signature drink. We printed out these simple labels to jazz up our favorite soda, but you could also make your favorite cocktails using 3.14 ounces as standard measurements. You can also find your favorite key lime pie martini recipe, if you’re feeling really fancy and literal. 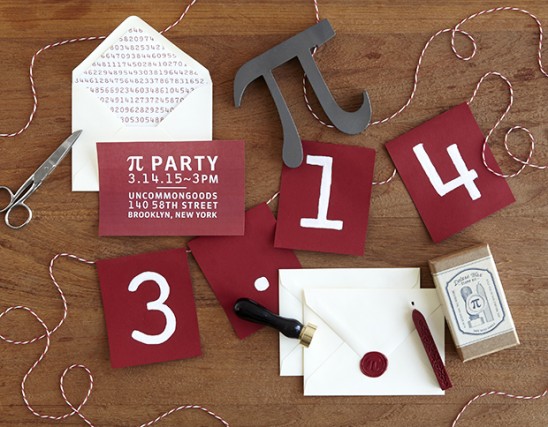 Pi Wax Seal, Pi Bottle Opener
Sure, a Facebook invite would do the trick, but who doesn’t love getting snail mail that isn’t a utility bill or questionable credit card offers? Our Pi Wax Seal makes a mathematical mark on all your correspondence.

However you decide to celebrate Pi Day this year, make it a celebration of math, geekery, and pastry. It’s the only day of the year when everyone can be a numbers nerd—even if you only ever used your calculator to spell funny words upside down.

Happy Pi Day! May your crusts be buttery and your fillings be plentiful.