Ten Gifts for the Green-Hearted

We asked you what kinds of gifts you were shopping for and we heard green, fair trade, & sustainable. So our gift to you: a guide of the best gifts to give with a conscious this holiday season:

Black Floral Belt: Like a casual treasure discovered in an open market far, far away, this textured statement piece is a brilliant way to add color and craftsmanship to my uniform of jeans and tees. But the best part? It’s hand-embroidered with curly wool thread by Fair Trade artisans in Peru. Plus: Julia Roberts wears one on in Eat, Pray, Love. (Just saying.)

END_OF_DOCUMENT_TOKEN_TO_BE_REPLACED

Not Your Average Waterway

When my boyfriend proposed that the two of us canoe through the Gowanus Canal, I was mortified.  The smell!  The filth!  He wanted me to canoe in the troubled body of water that has recently reached an all-time low of being listed as a Superfund National Priority!  Secretly my griping eventually turned into guilt.  Maybe it would be good to get involved, learn the history and see the improvements being made to an area just a few blocks from our home.  Here is our story of canoeing in Brooklyn. 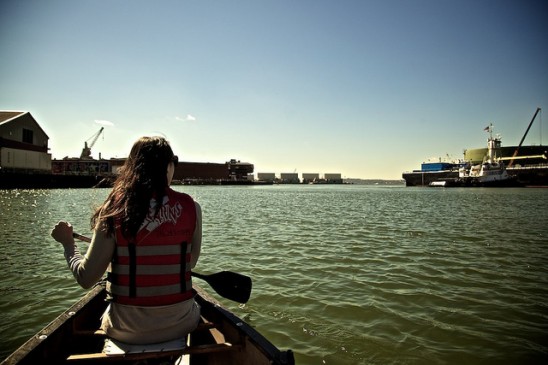 Firstly, for those that don’t know, the Gowanus Canal is a lamented waterway in Brooklyn, NY that once served as a busy cargo transportation hub until the 1950’s.  It has been neglected and misused since then.

There are millions of reasons I love New York. Between the pace and the pizza, it’s impossible to choose just one–so I’ll share one of the more inspiring reasons to love this city: local nonprofit City Harvest. In a place where people can seem too busy, seeing a City Harvest truck (or bike!) pass by is an uplifting reminder to extend compassion to those less fortunate.

City Harvest is a food rescue organization dedicated to feeding the hungry, helping over 300,000 New York City men, women and children find their next meal each week. This committed group collects millions of pounds of extra food from restaurants, grocers, cafeterias and farms–and delivers it free of charge to almost 600 community food programs throughout the city.

Not only do they feed and educate millions of New Yorkers each year, connecting local, farm-fresh goods to high-need areas, but City Harvest salvages tons of great food that would otherwise go to waste.  How amazing (and sustainable) is that?

Their goal this season is to collect 28 million pounds of nourishing food to feed the hungry.

Want City Harvest to be our next Better to Give partner? Click here to vote.

Get Your Green: In The News This Week

The Brazilian government is set to auction off substantial plots of the Amazon rainforest to private lumber companies in an attempt to “reduce demand for illegal logging.” But will controls be tough enough? Stay tuned. [Reuters]

Pop Art: Learn how to make a chic handbag from soda can pull-tabs. Need inspiration? Check out our Pop Can Clutch.  [UncommonGoods and Naturally Savvy via Planet Green]

Noise pollution makes the list as a top offender, reports the National Academy of Engineering: “Naturally quiet places are an endangered species in the U.S.” [Tree Hugger]

Sharpen your pencils! Naturally Savvy discovers a cool, green recycled newspaper  pencil that rocks her word. We’re huge fans of the smencil, too. Check them out here. [UncommonGoods and Naturally Savvy]

Get Your Green: In The News This Week

Want to make a difference? Line-drying your clothes is an easy and effective way to reduce your carbon footprint. This week we’re celebrating 10/10/10 with our friends at Project Laundry List. Stay tuned to theGoods for a chance to win a WindowDry rack and join the line-drying movement.

Break out your overalls: Painting your roof white could help combat global warming. “Cool roofs are one of the quickest and lowest-cost ways we can reduce or global carbon emissions and begin the hard work of slowing climate change,” says Energy Secretary Steven Chu.  [CNBC]

More than a drop in the bucket: The 2010 Sustaining Colorado Watersheds conference kicks off in Vail tomorrow through Thursday, October 7. Speakers like Jon Waterman will be pipping up on how to maintain and protect our waterways.  [Colorado Watershed Assembly]

In the meantime, we’ll be doing out part to reduce water usage in Brooklyn with a cool, patent-pending product that’s just hit the U.S.: the water pebble. This brilliant device tracks your running water and helps quicken showers by incrementally shortening recommended stop times. We’re particularly excited to be its exclusive U.S. retailer. Check it out here. [UncommonGoods via Water Pebble]

Efficiency standards might get more mileage: Fuel efficiency standards for the next generation of cars and trucks are looking up–literally. Regulators of near-future vehicle production are said to be raising standards from anywhere between 47 to 62 miles per gallon by 2025. [CNBC]

Oceana’s latest energy report is a win-wind: Offshore wind “outperforms” oil and gas by producing 30% more electricity, costing $36 billion less than fossil fuel production and creating “about three times as many jobs per dollar invested.” Read all about it here. [Eco Friendly Mag via Wind Energy Update via Oceana]

Get Your Green: Serving You Sustainable News 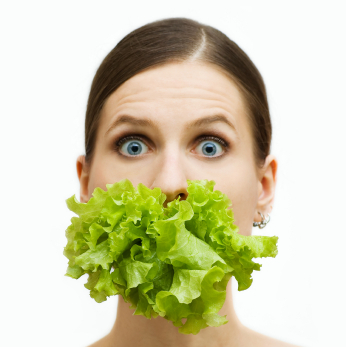 Dutch designers are having an eco-friendly moment: Architects, graphic designers, fashion designers and jewelers developed a collection of sustainable work for new exhibition reTHINK at the Textiel Museum in the Netherlands. Passing through Tilburg? Send us pictures of the solar-powered textile robot. [Eco Fashion World via The Textiel Museum]

Here’s looking at you, Greenpoint. Newton Creek, the backyard waterway separating Brooklyn and Queens, gets a Superfund nod from the EPA, which promises a “thorough environmental cleanup for the long-neglected” waterway. [The New York Times]

Because all cool things start in a lab: Japanese scientist invents a machine that converts plastic into oil. A magic box that recycles and restores a precious resource! We want one in our kitchen. Scratch that: We want four. [You Tube via Eco Friendly Mag]

While we’re on oil: Researchers say the U.S. military needs to ween itself from the slick stuff by 2040 if it wants to stay strong (read: eliminate weak spots, like a 77% operational dependency on petroleum). [Tree Hugger via the Center For A New American Security]

Today’s electric slide: A study released Monday by the Baker Institute claims that if 30% of Americans drove electric cars, U.S. oil use would drop by 2.5 million barrels a day and reduce oil imports by 20%. [CNBC via the Baker Institue For Public Policy] 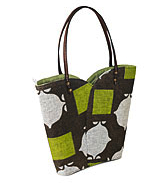 If you know me, you know that I love purses! This one has rich autumn hues as well as an entirely unique tulip shape. There are so many features to mention (like it being organic and recycled) – but instead I’ll give a shout out to Brooklyn where it was designed!

I chose the Um Carry Bag because I know this recycled wool clutch would turn heads. I like the attention my favorite accessories get, and this is sure to wow my friends. Nobody would expect how it unzips to lay flat. I would like to dub this “the perfect travel bag.”

I wouldn’t be a graphic designer today had I not started out with finger paints, chalk, and most importantly colored pencils. This Colored Pencil Pin is adorable and would let me proudly display my love of art. Have you seen Jennifer Maestre’s colored pencil sculptures? This was a no-brainer accessory choice. 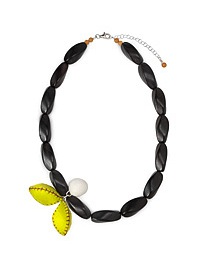 I’ve been going to numerous dinners and gatherings this year. These activities tend to outnumber the amount of dresses that I own. All I picture is sprucing up my little black dress with this fantastic Berry & Pods Wood Necklace. The splash of lime would add some flavor to my bland dresses. 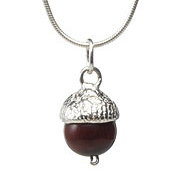 When I was asked to participate in picking my favorite fall accessories, I immediately thought of our Acorn Necklace. Simply put, this necklace reminds me of my childhood. The complexity and beauty is understated but the authenticity is unmistakable. 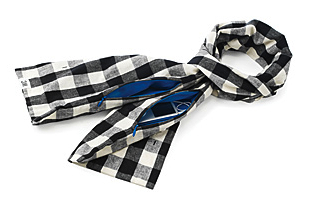 As someone who has lost two iPods already this year, I don’t just want this Pocket Scarf – I need it. Us New Yorkers definitely need scarfs to shield us from the frigid winds and it seems as if this one was designed specifically for me.

END_OF_DOCUMENT_TOKEN_TO_BE_REPLACED 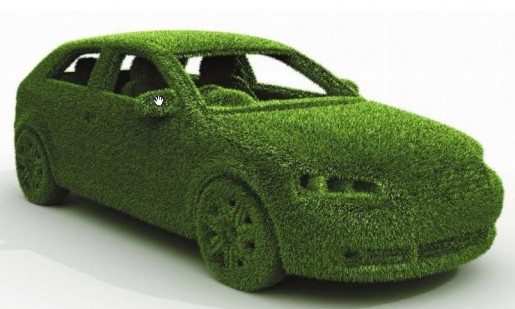 For the green-eyed and bushy tailed, nothing beats the next clean thing. Read on for five fresh stunners hitting the green market today. 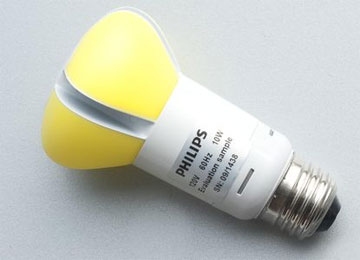 A contender in the US Department of Energy’s L Prize competition (and a top-five invention-of-the-year pick by TimeMagazine), Philips’ brilliant LED bulb runs on less than ten watts, but beams the same luminosity as a 60 watt bulb. With 25 times the lifespan of generic bulbs, it could save enough energy to illuminate 17.4 million homes a year. Census crunch: That’s 7.4 percent of all U.S. homes! Now that’s mega-watt energy conservation. 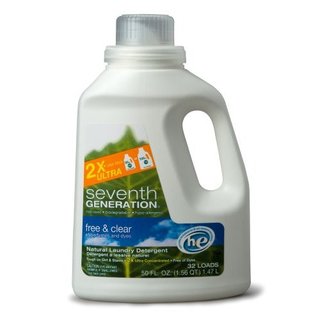 Recently, the market seems to be exploding with biodegradable products meant to protect our streams with chlorine- and petroleum-free suds. Eco-friendly product pioneer Seventh Generation has been ahead of the curve, developing END_OF_DOCUMENT_TOKEN_TO_BE_REPLACED