Uncommon Knowledge: What’s the Weirdest Thing Ever Sent into Space? 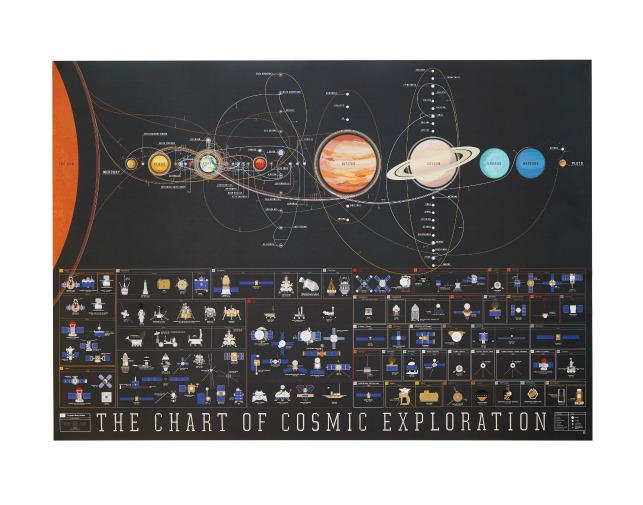 In 2018, SpaceX sent Elon Musk’s red Tesla into orbit (complete with a dummy driver dubbed “Starman”), launching renewed buzz about the strange, offbeat, and downright surprising stuff humans have sent into space. Since the beginning of the Space Race, hundreds of unusual objects have been propelled into the unknown for the sake of science (or sometimes just for fun). Choosing the weirdest really wouldn’t be fair to the rest, so here’s a rundown of our top ten extraterrestrial odds and ends:

10) Luke Skywalker’s prop lightsaber from Star Wars, included in one of NASA’s shuttle Discovery’s missions. May come in handy against alien bounty hunters.

9) A Buzz Lightyear toy. Buzz spent a year aboard the International Space Station (ISS). To infinity and beyond!

7) Sea urchin sperm, part of an ISS experiment on reproduction in microgravity.

6) Gold records representing the sounds of earth sent aboard the Voyager probes. Every alien must be into vinyl by now.

5) The ashes of Star Trek creator Gene Roddenberry, part of a “space burial” aboard the shuttle Columbia (the remains were returned to earth).

2) The golf ball Alan Shepherd hit on the moon during the Apollo 14 mission. No need to cry “fore!”

1) A Pizza Hut pie delivered to cosmonaut Yuri Usachov aboard the ISS. Hope he gave the guy a good tip.

14 Practical Travel Items That Are Totally Worth Packing

Staff Picks of the Week