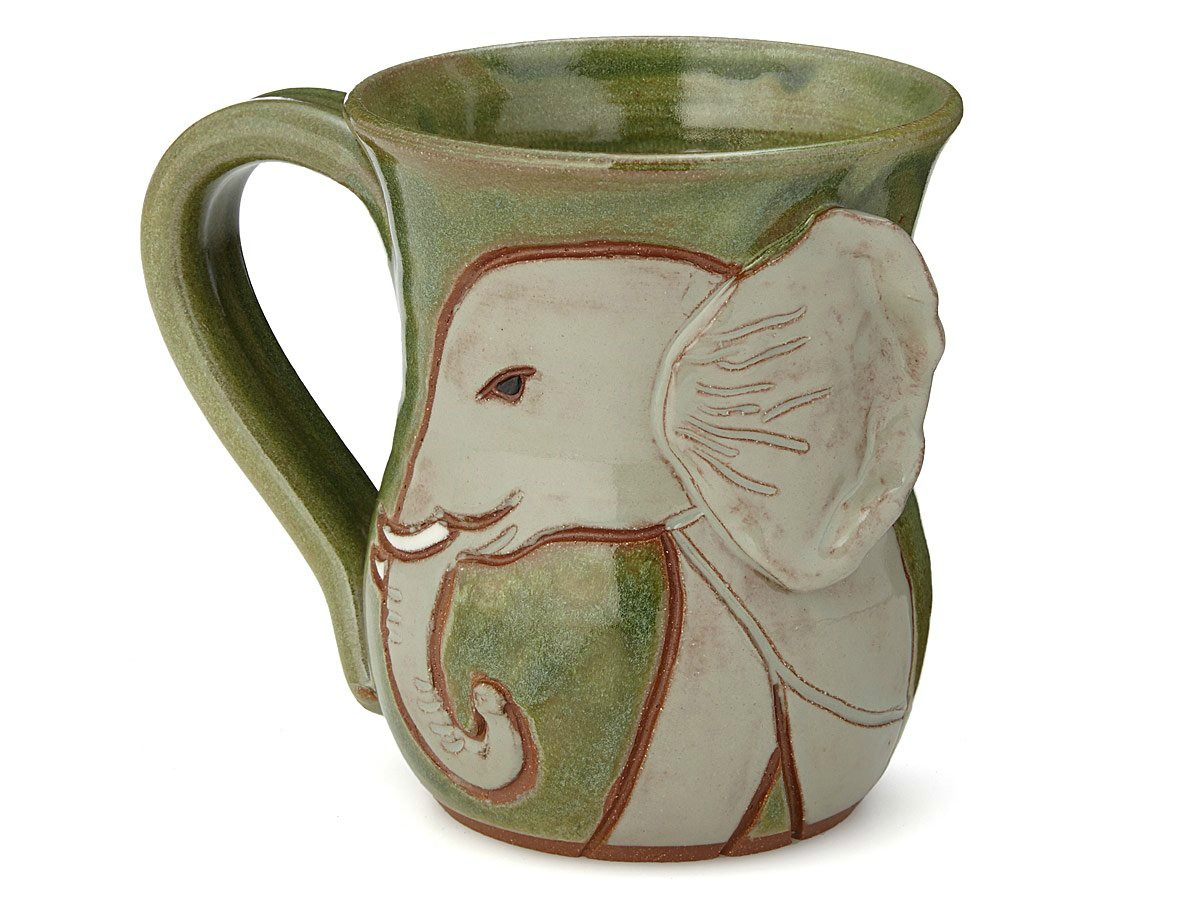 When you think “activism,” you may not think “handmade pottery.” Thanks to the work of longtime maker JoAnn Stratakos, we’d encourage you to broaden your horizons. Best known around these parts as the creator of Elwood, our de facto mascot, JoAnn’s latest creation—the Protect the Elephants Mug—harnesses cuteness for a cause. For every mug sold, we’re donating $5 to the PAMS Foundation, an organization dedicated to conservation efforts, including the protection of elephants, in faraway Tanzania.

From left to right: Ryan, JoAnn’s Production Supervisor, throws a Protect the Elephants Mug on the wheel; mugs get their handles; and glazed mugs wait to be fired in JoAnn’s Effort, Pennsylvania, studio

Why PAMS? We asked JoAnn that very question. “The MudCrew and I came about the PAMS Foundation through a social media post about Wayne Lotter,” she told us. But if “the MudCrew” is JoAnn’s nickname for her staff, then who’s Wayne? The former director and co-founder of PAMS, that’s who. Killed in the line of duty last year in Dar es Salaam, Tanzania, Wayne founded PAMS in 2009 alongside fellow conservationists Ally Namangaya and Krissie Clark. It’s believed that Wayne—who received death threats throughout his career—was murdered for his anti-poaching work. 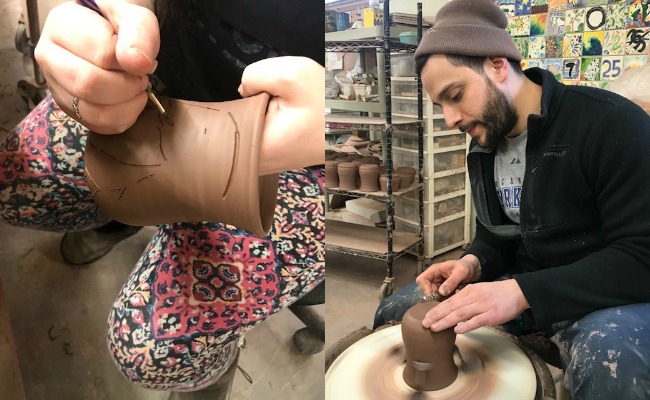 “The MudCrew” hard at work in PA

After learning about Wayne’s story, JoAnn decided to take action using her craft. “The idea for the mug came out of a desire to make something functional, for a cause that people could be proud to support,” said JoAnn. “We came to UncommonGoods directly knowing the broadness of the customer base.” Given that our customers have proven proud supporters of US-based conservation organization American Forests, to whom we’ve donated over $400,000 to date through our Better to Give program, JoAnn’s design—and her proposed giveback to PAMS—seemed a natural fit for us.

Thrown, carved, and glazed by hand in JoAnn’s Effort, Pennsylvania, studio (with help from her “crew”), each mug is dedicated to Wayne’s memory. “The Protect the Elephants Mug is the perfect way to remember Wayne Lotter,” JoAnn told us. “He was a person who put something first and made it more important than himself.” 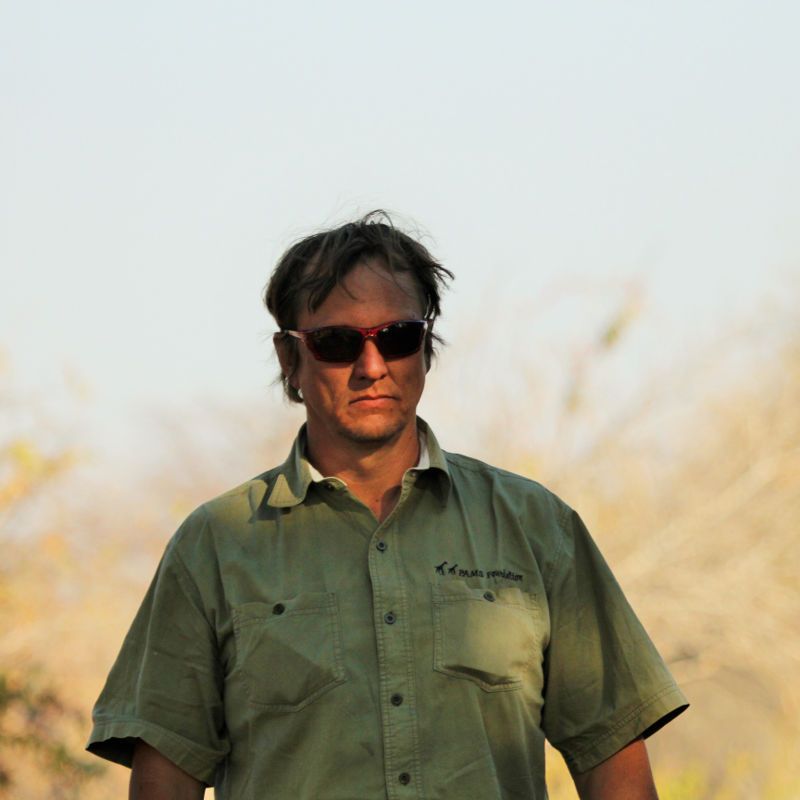 Make no mistake: The scope of Tanzania’s conservation problem was—and still is—daunting. In only five years, from 2009 to 2014, the country lost a staggering 60% of its elephant population. Along with his colleagues, Wayne dedicated his life to protecting these mighty, yet vulnerable animals, mobilizing locals against poachers throughout the country; within five years, thanks to his efforts, over 2,000 poachers were arrested, and the previously plummeting population of elephants had begun to stabilize.

“There is no doubt in my mind but that Wayne’s anti-poaching efforts made a big difference in the fight to save Tanzania’s elephants from the illegal ivory trade,” conservation great Dr. Jane Goodall wrote, reflecting upon his passing. PAMS Foundation founding member Krissie Clark agreed: “[Our] support for intelligence-led anti-poaching helped successfully reverse the rampant rates of elephant poaching facing Tanzania, which included arresting several big ivory traffickers (kingpins), and getting record-breaking prison sentences for many poachers and traffickers.”

When asked to share a few words on Wayne’s legacy, Krissie told us:

“Wayne devoted his life to Africa’s wildlife, from working as a ranger in his native South Africa as a young man to leading the charge against poaching in Tanzania. Wayne cared deeply about the people and animals that populate this world.”

“Wayne believed communities were the best protectors of the continent’s animals,” she continued. “Through his work with PAMS he helped train thousands of village game scouts in every corner of the country. … He died bravely fighting for the cause he was most passionate about. His legacy will continue in our work.” 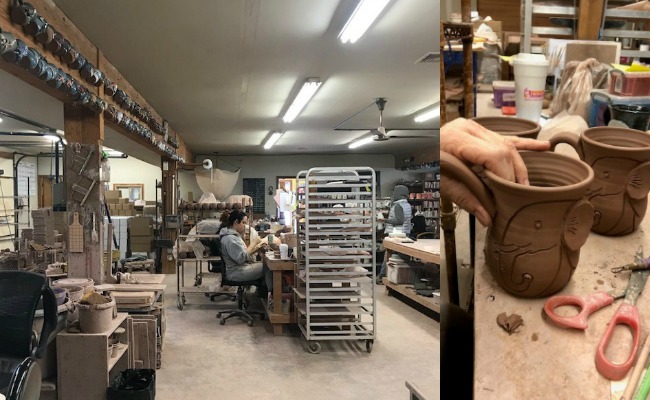 A closer look inside JoAnn’s studio

Inspired by Wayne’s commitment to his life’s work, we asked JoAnn about what conservation means to her and how she feels fellow makers can contribute to worthy causes around the globe. “When you make something with your hands and take the time and care to procure each piece,” she began, “you are doing something worthwhile. Efforts from conservationists like PAMS who work with groups to get cooperation and support for causes like Protect the Elephants is something worthwhile. Like making a mug from clay, protecting something with no voice takes time, compassion, and most of all love.” Meanwhile, Krissie encouraged those concerned about conservation to “help spread the word that wildlife and wild places need to be looked after. That elephant, rhino, and other iconic species are being poached out for their ivory, rhino horn, etc. … [And if] you want to donate to a conservation organization working in Africa, donate responsibly.” We couldn’t agree more.

Birthstones By Month: What Do they Mean?