Uncommon Knowledge: How was the Airstream an In-Tents Solution to a Problem? 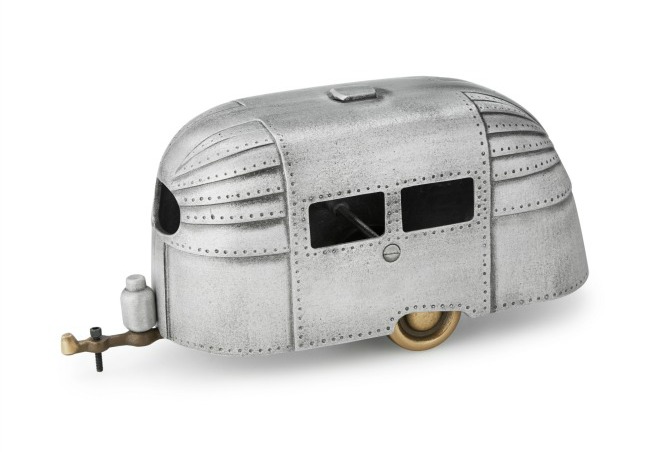 Tucked in the scenery of a 1950s film or seen rolling down the highway in all its vintage glory, the Airstream Trailer has been a staple of American road trips for almost ninety years. But what do you know about these silver campers besides their sausage shape and aluminum siding? Just in time for your summer vacation, we’re unpacking the unique history of this shiny set of wheels.

On the tail end of the Roaring 20s, Wallace Merle Byam had a dilemma: How could he get his wife to go camping without a kitchen or bed? His solution: A mobile home on wheels. Built on the engine of a Model T, the design was partly inspired by aircraft monocoque and completed with a hot water system and flushable toilet—the first of it’s kind. Soon enough the Byam’s took their invention (originally called the “Road Chief”) to a cluster of campsites around the U.S. Fellow vacationers looked on, green with envy from their flimsy tents, and soon orders flooded the couple’s mailbox. Until 1932, Wally built the campers in his backyard, but when demand rose beyond his meager shop, he founded the Airstream Trailer Company complete with its own factory, assembly line, and a name that stuck. Today, celebrities from Tom Hanks to Sandra Bullock have their own, and there are even Airstream Trailer hotels in France and South Africa. It’s an international phenomenon all thanks to a wife’s aversion to tents. And for that Mrs. Byam, we thank you.

Our Guide to 10th Anniversary Gifts: In Your Elements (Tin and Aluminum)