Gift Lab: Can a Self-Watering Pepper Planter Be Trusted? 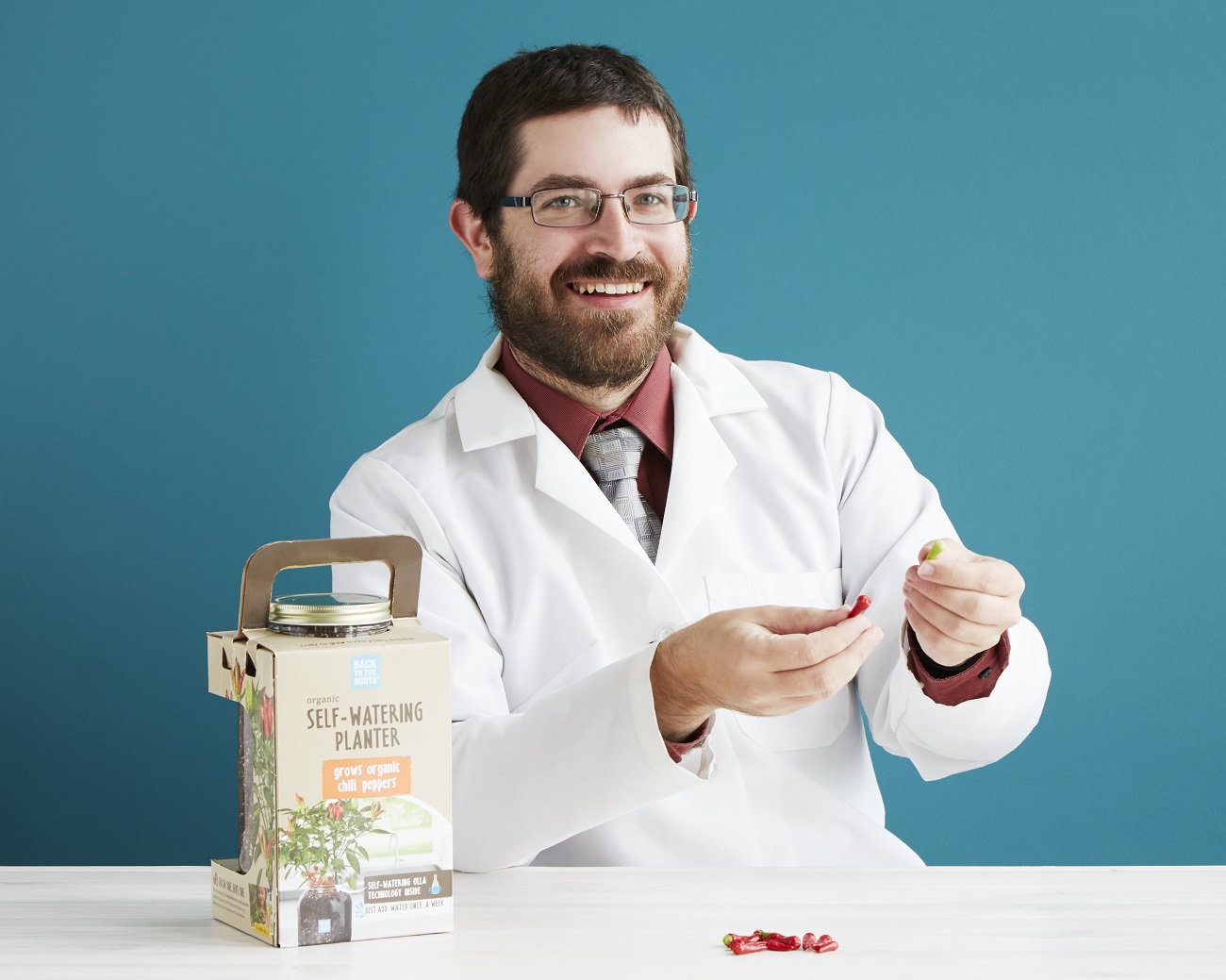 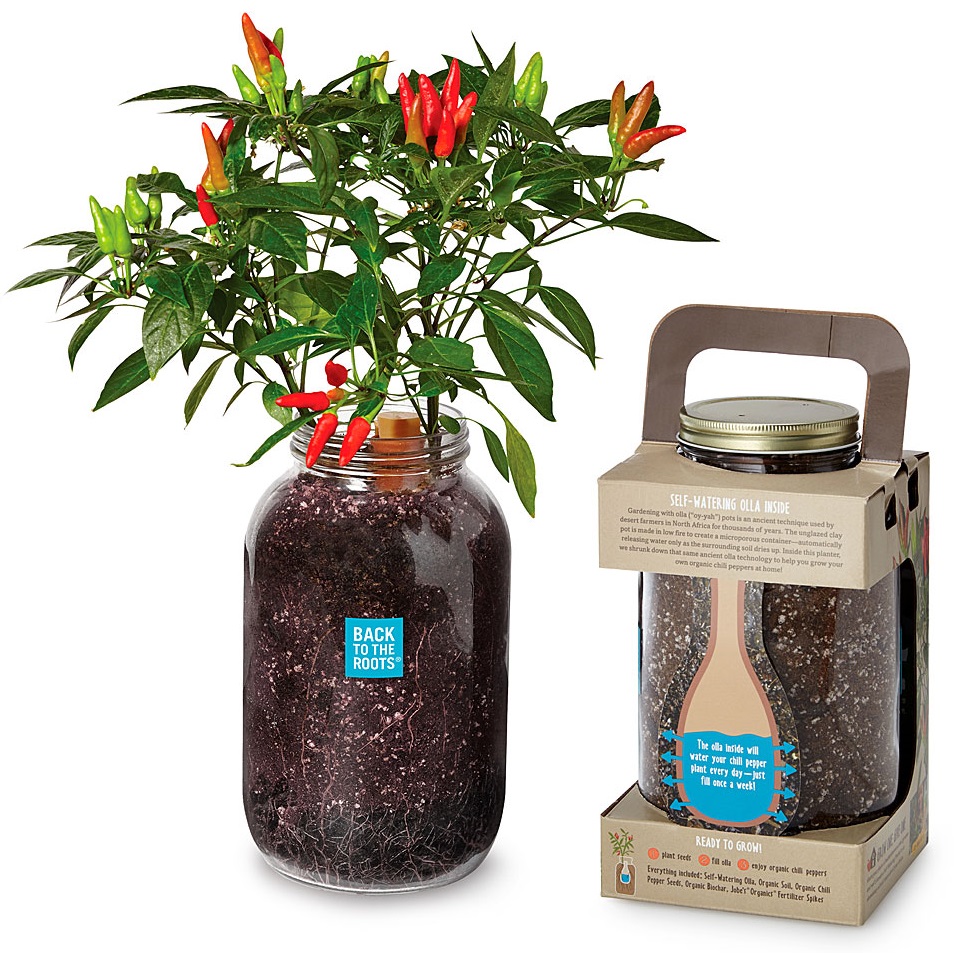 House plants that enter into my care rarely thrive. More often, they have the sort of existence Thomas Hobbes (no, not that Hobbes) might have written about—that is, “nasty, brutish, and short.” And while I’ve tried many different types of plants, the problem is always the same: water. Some occasions it’s too little too late, others it is a root rot-inducing flood. Frequently, it’s one followed by the other as I overcompensate. Whatever knack is required, I don’t have it, and I was ready to give up on the idea that anything could grow in the barren desert landscape of my living room.

Fortunately, others who have faced the same challenge showed a bit more determination and ingenuity. Several thousand years ago they invented a fantastic technology, the olla, which found its way into the Self-Watering Pepper Planter. This porous ceramic jar, when buried in the soil, slowly releases a Goldilocks-approved amount of water to nearby roots if you can just remember to refill it once a week. Perhaps this technological marvel of the 21st century (BC) will be enough to let me start an indoor garden.

Even someone as ill-suited to horticulture as myself can manage to make something grow with the help of the Self-Watering Pepper Planter. 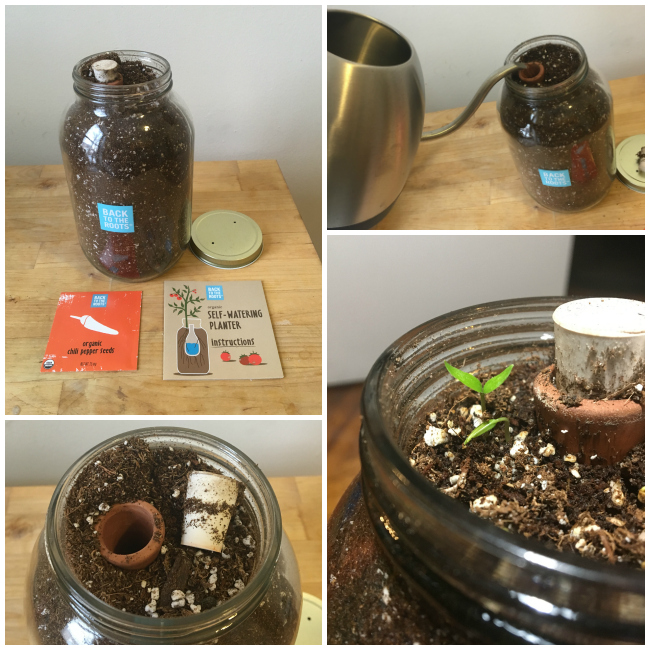 The planter was easy to set up, and within a few days seedlings were starting to poke up out of the soil. At that point, I had a decision to make. My apartment is lucky to get a brief amount of direct light as the sun peeks between adjacent buildings (and for non-New Yorkers, yes, this does qualify me as lucky by local standards). Alternatively, I could trust my peppers to the dimmer, but longer-lasting light from a lamp. A good gardener might have placed the lamp by the window to get the best of both worlds, or at least gotten a decent grow light, but we’ve already established that I’m not good with house plants. Instead, I decided a single reading lamp would probably be sufficient. (Cassie, my editor, suggested I’d be better off with the limited sunlight.)

At first, this seemed to work out. The seedlings grew, and I had fun watching the high stakes race that was playing out. I say high stakes because the instructions say to thin the plants down first to three and then to one when they reach particular heights. Rather than play favorites, I decided that first past the finish line would be the winner. Eventually a victor emerged, and grew rapidly enough that I had to stake it up when it started to droop under its own weight. Finally, little blossoms appeared.

This is when things started to go wrong. Blossoms would appear, then shrivel up and fall off without setting fruit. The instructions said gently flicking the base of the plant would help shake loose pollen, and I did this faithfully every day, but to no avail. I started to define success down. I told myself that there might not be peppers, but at least the flowers were pretty. 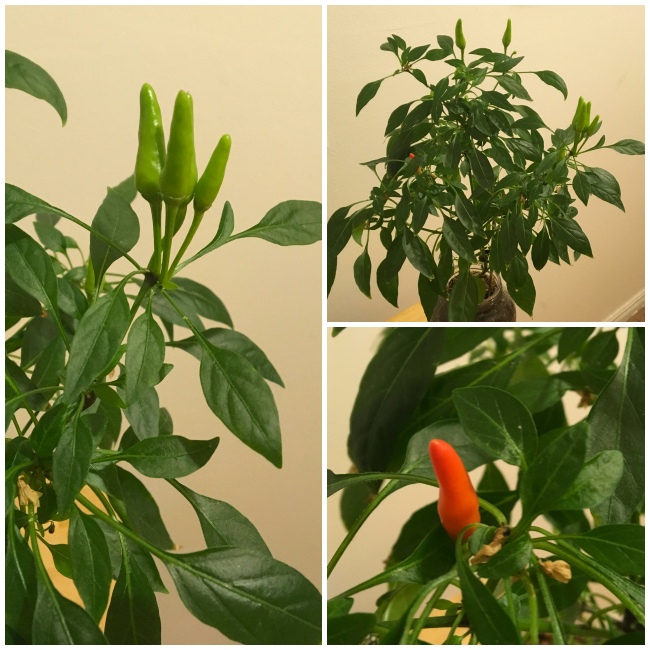 That’s probably where things would have ended, except that I went out of town for a few days, and decided to put the planter in a window rather than leave a lamp on the entire time. When I came back, I found one small green pepper hiding in the leaves (always listen to your editor). Others soon followed, and I’ve now got a plant full of ripe red peppers. Now I just have to decide what recipe to try them in. 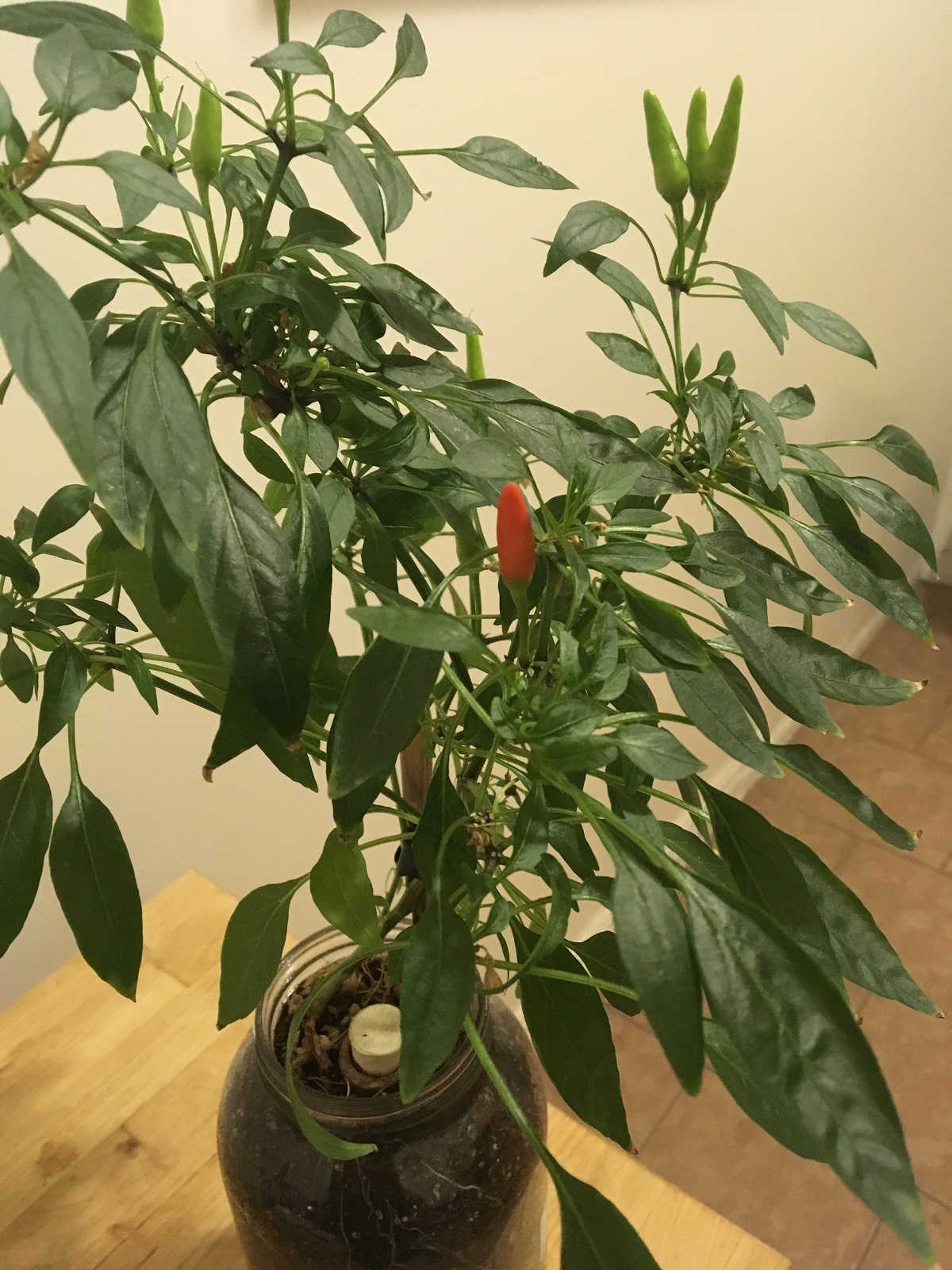 The Self-Watering Pepper Planter lives up to its promise. Fill the olla to the top once a week, and you never have to worry if it’s too much or too little. Just remember to either find a sunny spot for it, or at least get a proper grow light (an ordinary bulb might get you flowers, but no fruit). I also recommend having something to stake the plant with when it starts to get big. I came home one day to find it had collapsed, with the base of the stem bent almost at a right angle, and had to improvise with a butter knife and electrical tape.

The delicate white flowers and bright red fruit make for a decorative houseplant. The glass jar also gives you a great view of the developing root system.

Pick up your own pepper planter here »

Ken is a Data Scientist at UncommonGoods.

Uncommon Knowledge: What Are the Precedents for Presents?