Uncommon Knowledge: What Game’s Got the Most Moves? 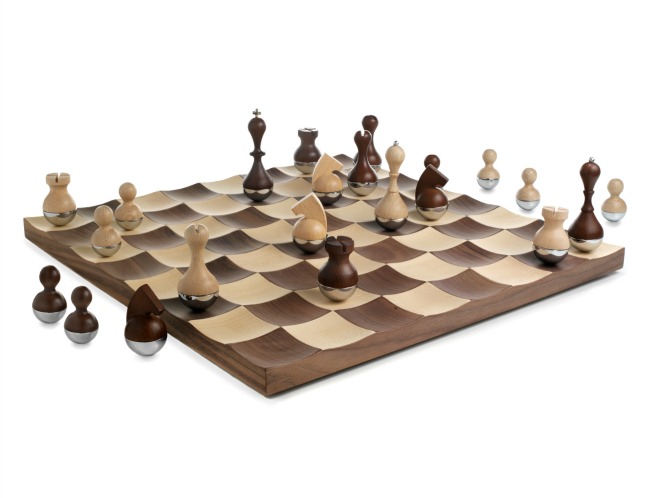 “A computer once beat me at chess, but it was no match for me at kickboxing.”

Most amateurs who’ve tried playing chess can agree on one thing: the basic rules aren’t hard to follow, but learning to play well is incredibly difficult. There’s a reason that the “game of kings” is associated with mind-bending strategic thinking, MENSA-level IQs, and supercomputers: the Shannon number—a calculation of all the possible iterations of moves in games of chess. Calculated by mathematician and cryptographer Claude Shannon in 1950 for a study on teaching a computer to play chess, the Shannon number is between 10^111 and 10^123. Incredibly, that’s substantially larger than the number of atoms in the known universe—a mere 10^81. It’s no wonder the game is a nail-biting brain teaser.

Bonus: also in 1950, Shannon invented Theseus, a magnetic mouse. Named for the maze-running hero of Greek mythology, Theseus was programmed to “learn” to navigate mazes, and may be the first rudimentary form of artificial intelligence.

Checking in with Better to Give