Uncommon Knowledge: How Do You Draw Inspiration? 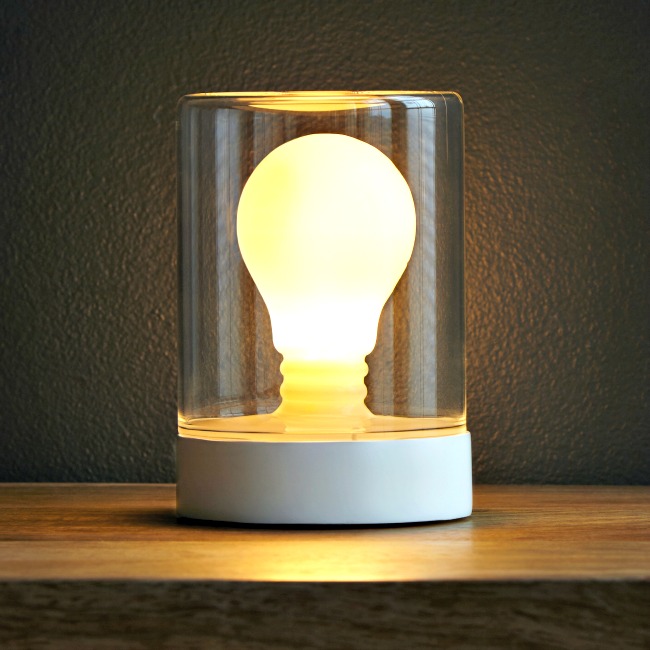 For decades, a light bulb floating over someone’s head has been cartoon shorthand for “eureka!” Often accompanied by a wide-eyed expression and a raised index finger, the avatar of sudden inspiration is an incandescent bulb, lit by the power of a new idea. The light bulb-as-brilliant thought has made its way into countless logos for innovative and educational products and organizations, solidifying the symbol in cultural iconography. But why a light bulb? Why not a flower to represent a blossoming idea or a graduate’s cap to show a spark of intelligence? The general symbol of a light over one’s head may have distant roots in the Jewish and Christian traditions of depicting enlightened figures like angels and saints with brilliant haloes around their heads. For that matter, the dual meaning of “brilliant” points to a natural association between “light-emitting” and “smart.” Historically, images of iconic inventor Thomas Edison (though he perfected the electric light bulb rather than inventing it) holding a light bulb may have encouraged the association between ingenuity and illumination. But the true originator of the “light bulb moment” may be silent-era cartoon star Felix the Cat. Because Felix couldn’t speak (and what cat can?), he often expressed himself with various punctuation and symbols appearing in thought bubbles over his head to supplement his gestures and expressions. Felix’s animators used a light bulb to indicate that the wily feline felt a spark of inspiration.