Off the Record: Ten Top Tracks for Record Store Day 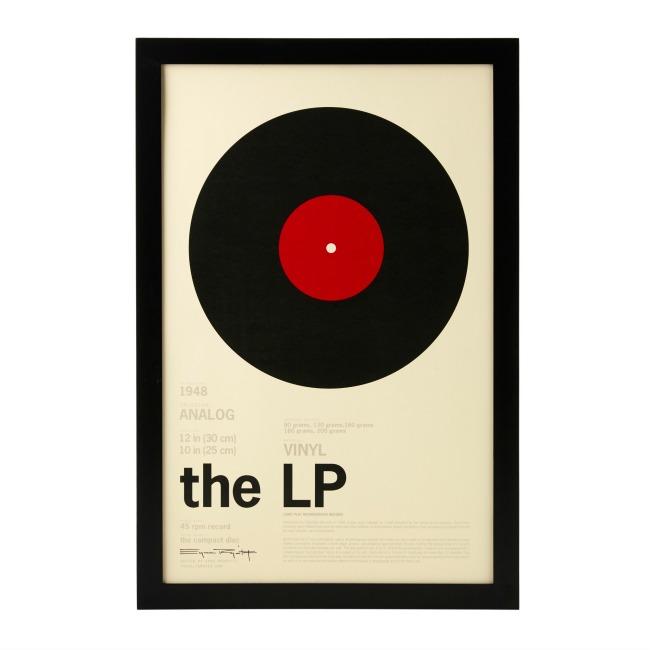 To celebrate Record Store Day, we offer this album of ten facts about vinyl, from shellac and slate disks to records in space to smuggled Soviet bootlegs. This post only scratches the surface, but we hope it helps you get in the groove to visit your local record purveyor on April 16th.

1) Krautrock fans, rejoice—the record as we know it was designed by a German-born inventor: Emile Berliner. Building on Thomas Edison’s phonograph cylinder (patented 1878), Berliner produced the first disc-shaped record in 1888. At first, they were made of vulcanized rubber, but later Berliner discovered that a mixture of shellac and slate dust made a better record (though a more brittle one) for the steel needle gramophones of the day, and the 78-rpm LP was born. 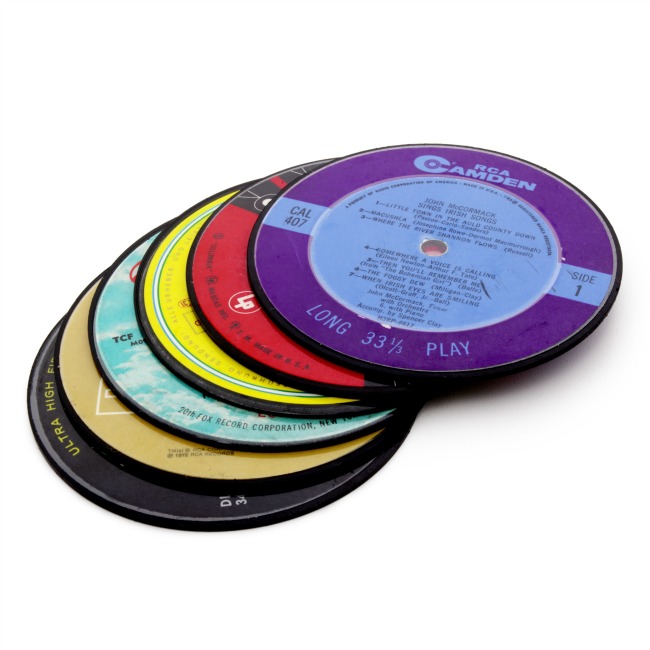 2) So why is “vinyl” shorthand for records? Invented in 1920, vinyl is a synthetic material made from ethylene (from crude oil) and chlorine (as in pool water and table salt). Combined, they form polyvinyl chloride (PVC) resin—vinyl for short. Like so many things in the modern world, the shift from shellac to vinyl records was precipitated by World War II. LPs of the brittle Berliner type were shipped overseas to GIs and POW camps to help raise morale, but often broken in transit, so US manufacturers sought a more resilient material, and vinyl fit the bill. It became standard issue for rockin’ around the clock in the postwar period. 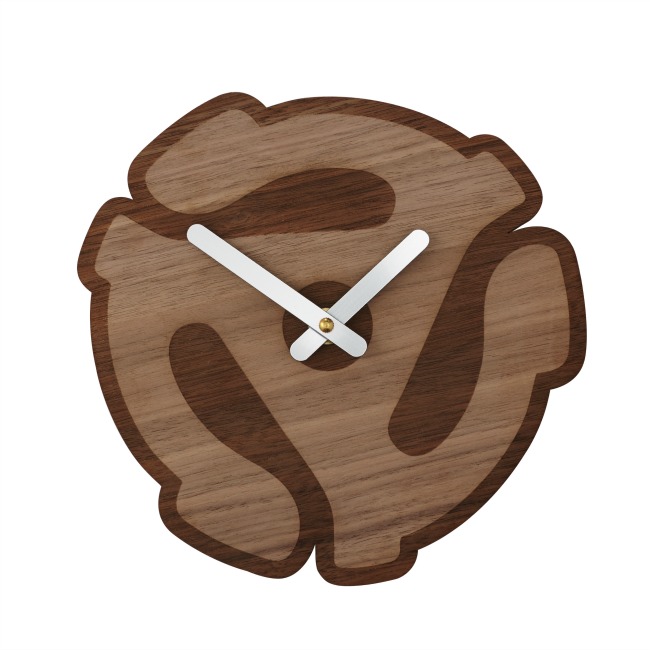 3) With steady improvement in record production and the growth of the popular music industry, vinyl’s 20th century heyday lasted from the ‘50s through the mid 80s. 45s were churned out to fuel jukeboxes and fans of singles, while audiophile-focused phenomena like stereo and double albums (with their extravagant gatefold packaging) paralleled the rise of AOR (album-oriented rock). Some bands like Pink Floyd pushed the limit of the format, deliberately crafting songs that would fill an entire side of an LP (about 30 minutes). Alternately, B sides of 45s were sometimes used for disposable novelty songs or tracks that weren’t deemed radio-ready. 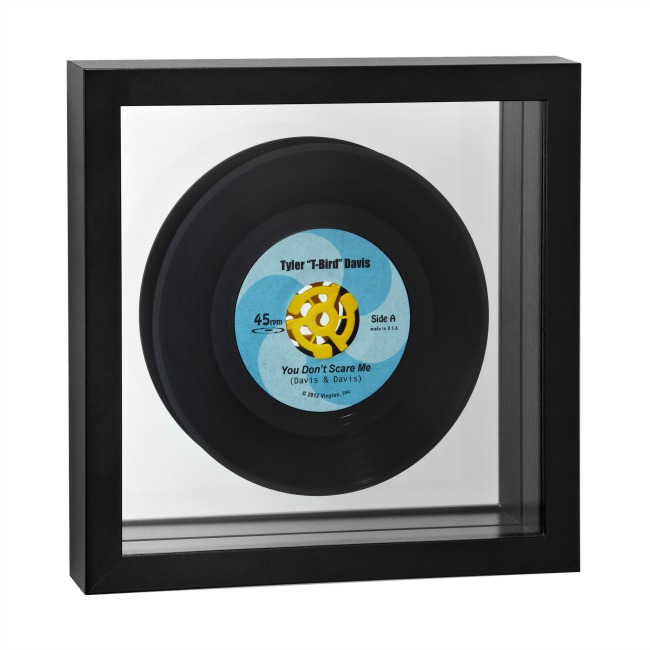 4) What’s even more far out than a 29 minute, side-filling Pink Floyd epic? How about LPs in space? As the dominant audio format of the Space Age, it stands to reason that we’d send records on our space probes. Voyager 1 and 2 both carry gold LPs with recordings meant to demonstrate the diversity of earth life and culture to intelligent extraterrestrials. These audio time capsules contain a wide variety of sound recordings, from whale song to Chuck Berry’s “Johnnie B. Goode.” Carl Sagan, head of the committee that curated this content for NASA, suggested including the Beatles’ appropriately solar ode “Here Comes the Sun,” but copyright issues kept it off the record. So, even though you can finally hear the Beatles on Spotify, you can’t hear them in the constellation Camelopardalis. You can listen to Voyager’s Sounds of Earth here. 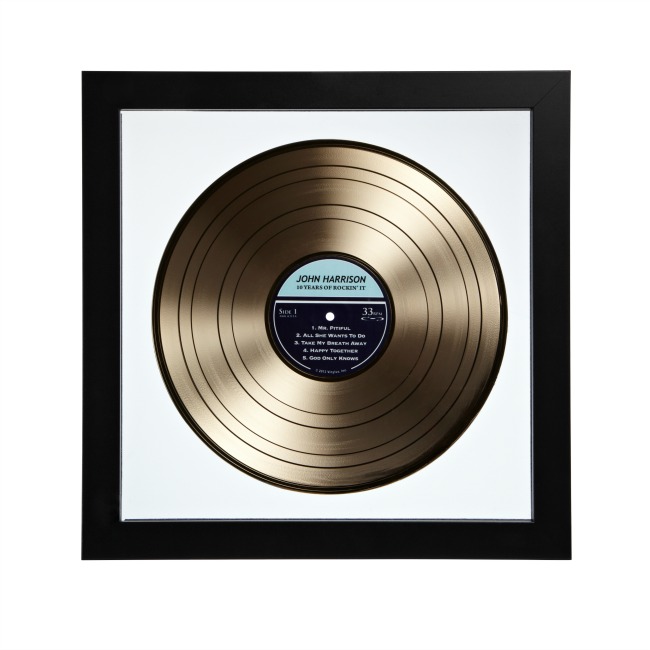 5) Voyager’s gold records are made of gold not because we want to impress extraterrestrials with our earthly bling, but because its nonreactive quality is good for space hardware. Back on earth, so-called gold records are recording industry awards that represent the number of albums an artist has sold—and guess what? They’re not made of gold. They’ve never been large discs of precious metals, as the name would suggest. Initially, trimmed and plated metal masters or “stampers” were used to make these awards. Later, actual vinyl records dipped in gold or platinum metallic paint became the norm. And because some gold records are awarded by the number of units shipped to retailers—not the actual number of units sold to consumers—the awards can be misleading. That bin full of copies of The Best of Yanni isn’t fooling anyone… 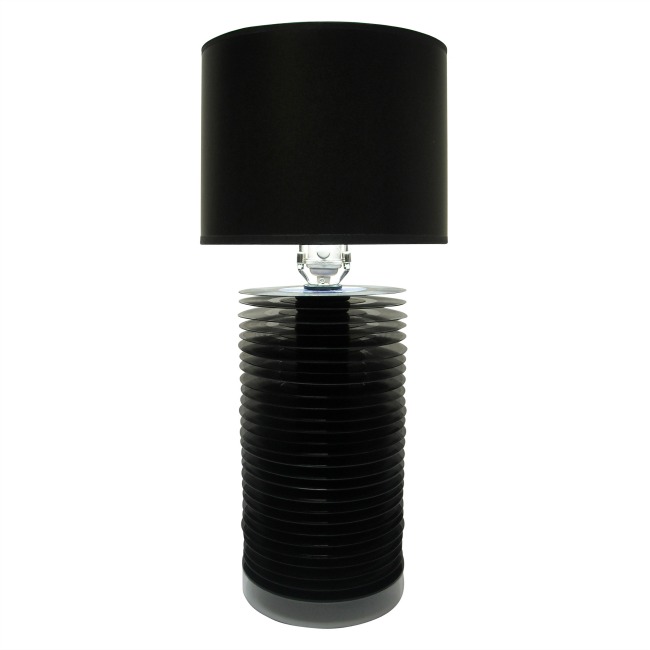 6) Vinyl may be the perfect material for analog sound recordings, but that doesn’t mean that curious composers, engineers, and artist haven’t experimented with other materials. Playable records have been made from colored and glow-in-the-dark vinyl, glass, wood, chocolate, ice, asteroid dust, and x-ray film. In order to enjoy Western music in the Cold War-era Soviet Union, enterprising audiophiles copied rare, smuggled records onto discarded x-rays. Their ingenious bootlegging machines would etch a copy of a record into the x-ray; trimmed to a circle with a cigarette-burned hole in the middle, they were ready to enjoy on any record player. Thus, the Beatles were literally back in the USSR. 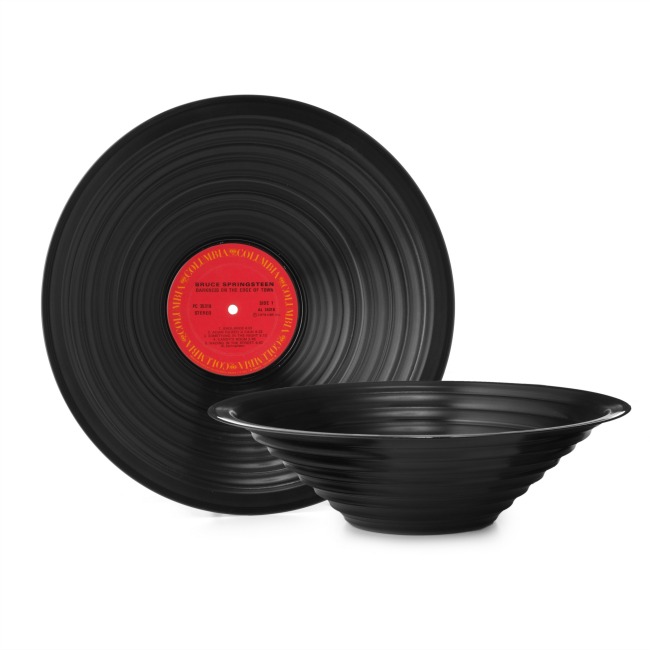 7) All kinds of music and audio has been committed to vinyl, from symphonies to sound effects. But in terms of content, John Cage’s composition 4’ 33” takes the cake for radical recordings. Cage was not a fan of recordings of his work in general, because he thought they couldn’t capture the spontaneity of his performances. Nevertheless, various artists and ensembles have committed 4’ 33” to vinyl. If you’re not familiar with Cage’s notorious composition, here’s the catch—technically, it’s 4 minutes and 33 seconds of silence. Nothing. Zip. The intention, however, is that the ambient sound that attends any performance—or recording—of the work becomes the composition. If nothing else, you could argue that the subtle hum of a turntable provides an automatic antidote for Cage’s aural void. 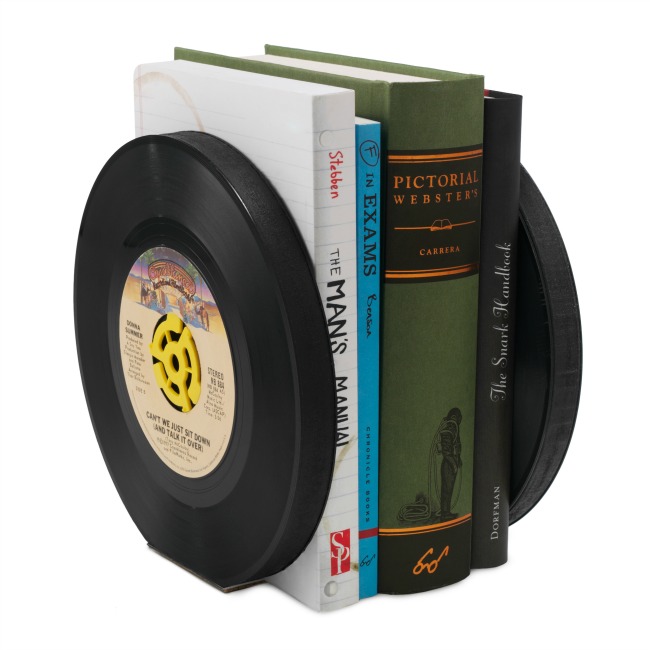 8) Record collectors are a devoted bunch, and some will pay astounding prices for rare recordings. What album holds the record record? No, it’s not Wu-Tang Clan’s Once Upon a Time in Shaolin, bought by infamous hedge fund fiend Martin Shkreli. His $2 million bought him the sole copy of Wu-Tang’s double compact disc. The current record for highest price paid for an album on vinyl goes to Ringo Starr’s personal copy of The Beatles (1968, better known as the White Album). Starr’s first pressing of the classic album (No.0000001) fetched $790,000, along with other memorabilia such as his 1963 Ludwig drum kit, in a 2015 auction. No word on how much went to the Taxman… 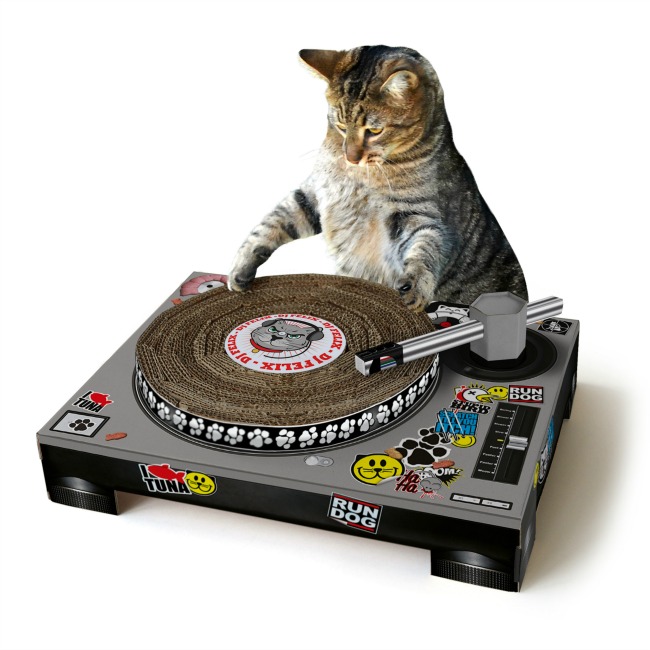 9) The major downside of vinyl as a medium for music is that scratches on a record introduce permanent skips and flaws in playback. Scratching, however, is an art form unto itself that takes advantage of the physical, analog nature of vinyl records. This now-familiar technique where a DJ manipulates the spin of one or more turntables for percussive effect traces its roots to 1940s back cueing, a radio DJ technique for warming up a turntable to precisely cue a record and avoid dead air. In the 1970s, New York hip hop innovators like DJ Kool Herc adopted the technique for increasingly creative effects, scratching and cross-fading records to expand the DJ’s role in pop music. By the mid 80s, scratching techniques were relatively mainstream, showcased in club and radio favorites like Herbie Hancock’s Rockit. With turntables-turned-instruments and the global popularity of hip hop today, vinyl should be considered one of the most influential instruments in history. 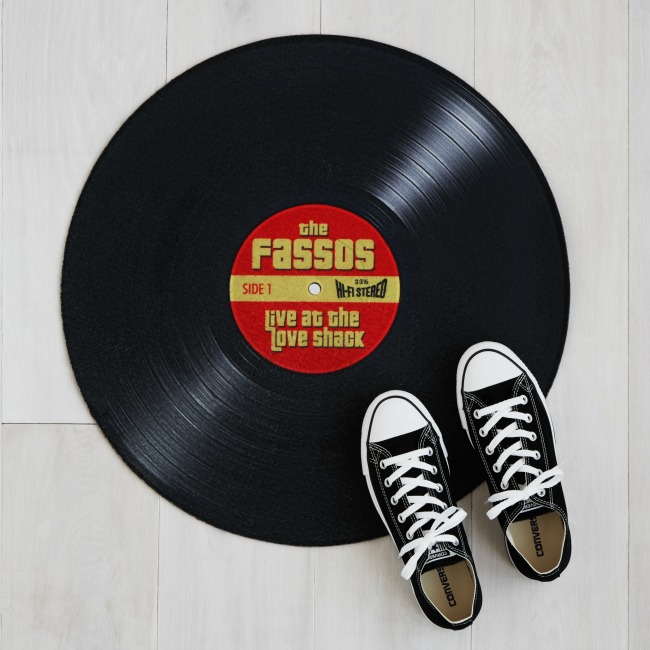 10) In a nosedive in the 90s and early 2000s, sales of new vinyl albums have soared over the last decade. They bottomed out in 2005 at only 1 million copies, but surged to over 9 million copies in 2014. Fueled by a wider cultural interest in analog media and the tangible qualities lost with MP3s, vinyl is a stunning success story in the history of music formats. Artists like Ray LaMontagne are producing new music meant to be heard on vinyl; his latest album, Ouroboros is organized by two four-track halves, suggesting side A and side B of a record (even if you’re streaming it). Record Store Day, celebrating its ten-year anniversary next year, is a great time to add to your collection or drop the needle on a new one. It’s also a great time to listen to some songs about records.

Uncommon Knowledge: Where Was Hollywood Before Hollywood?

Gift Lab: A Scarf Dye Kit That Will Make You Believe in Magic