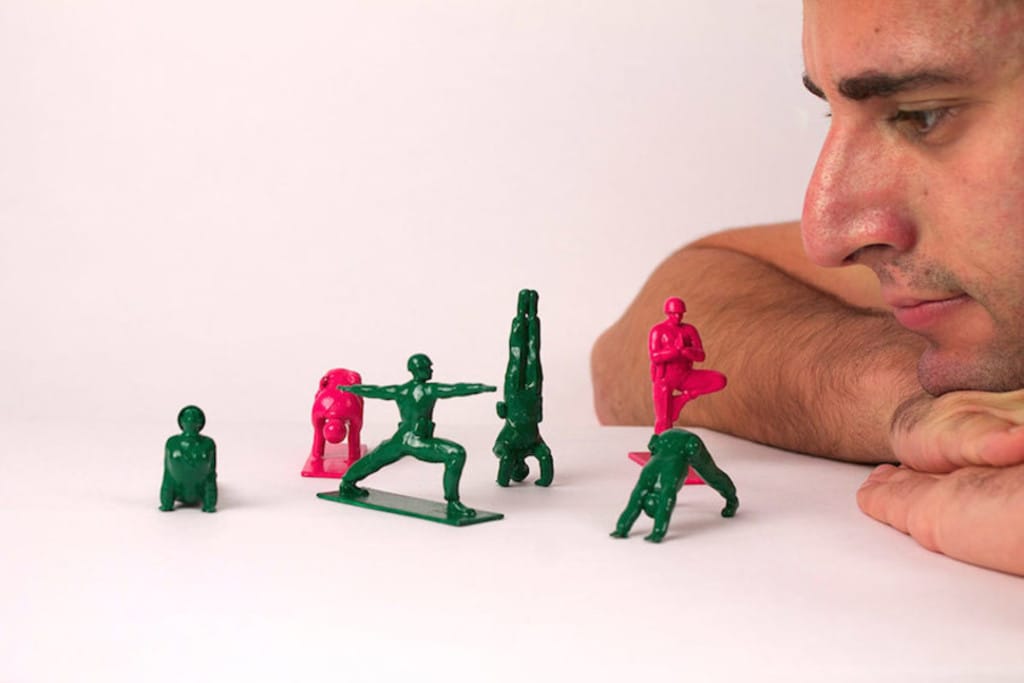 When Dan Abramson was brainstorming with a friend in a coffee shop back in 2014, he hadn’t intended to start a movement. The art director, who had founded the tongue-in-cheek “manly” yoga accessories company Brogamats two years prior, was “trying to come up with a funny way to get more men to do yoga,” he recalled. “We were wondering, What can we do to make yoga more macho?” He considered a series of videos of men at construction sites or at football games striking the poses. Then, said Dan, “I thought, What if we had classic green army men doing yoga?”

The San Francisco resident, who’d started doing yoga himself to heal a back injury, thought he had simply come up with a good video joke: “I thought we could do it on Reddit [with existing figures] and it would be funny for a day.” But after a great deal of research into plastics, he realized he could actually make the figures, posing them the way he wanted. So Dan worked to create a set of classic, plastic army figures arranged in postures such as Downward Dog and Warrior One and put his concept on Kickstarter. “It ended up blowing it out of the water!” he shared. “It raised way more money than I anticipated and had a huge audience.”

Something else happened that Dan hadn’t expected: A large number of those who donated were associated with the military—veterans, active service members, and loved ones of military members. “I started getting really heartfelt messages,” he said. “I didn’t have any idea that there was such a huge community of people doing yoga in the military.” Emails poured in from workers in veterans’ affairs, vets adjusting to life after service and loved ones of veterans. Some emails recalled happy stories, others tragic memories. But most of the messages shared a common thread: Yoga could save service members’ lives if only the practice could spread across the military community. “It was incredibly humbling,” said Dan. “I knew then I had a responsibility to do this well and do it right.” 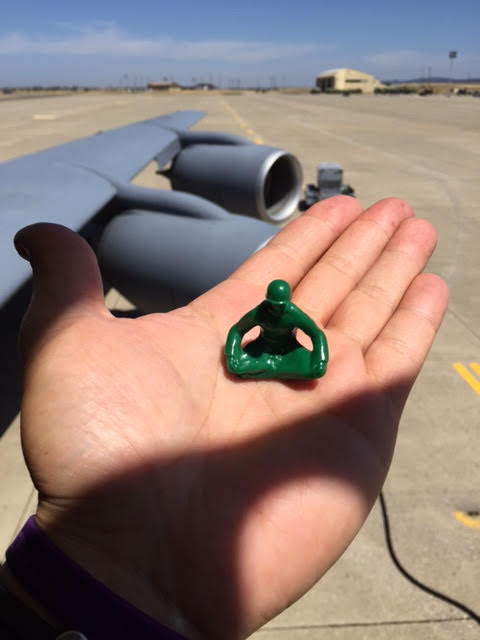 Ever since, Dan has dedicated his time to advancing the business of Yoga Joes and helping spread the message that yoga can profoundly improve veterans’ well-being. “I started wondering, Can this become more than an object? Could it be an object that encourages people—people who think yoga’s not for them—to give it a try?” he said. He soon connected with Connected Warriors, a nonprofit dedicated to providing free yoga for military members and families to help them heal from the traumas of war. Dan has donated sets of Yoga Joes, which the group has sold to raise funds—and awareness: “They brought some to Afghanistan and used them to get people on base to sign up for yoga class!” said Dan.

Below, Dan shares the story of how Yoga Joes went from being a clever juxtaposition of the concepts of war and peace to a potentially life-saving tool.

What was your process for creating the prototype?

It was trial and error and failure for about a year. It began with me buying every army man figure I could get, finding the perfect arm and leg to make it all work and combining the parts. The hardest part was finding a butt that sticks out for the Downward Dog—there’s no butt on army men! I eventually found one in an Iwo Jima set. I took my Frankensteined guys and put them on the 3-D scanner, but I ended up with a blob. It was a long time of it not working.

Then I thought, What if I just used 3-D design software that’s available to everyone? I customized the clothing on the figures, made them do yoga and produced 3-D prints. Then I had to sell the idea to raise the money to produce them. So I took my humble prints and made a video for Kickstarter. I raised $108,000, which was way more than I anticipated. But it turned out I needed all of it. I sold enough where I could mass produce them! 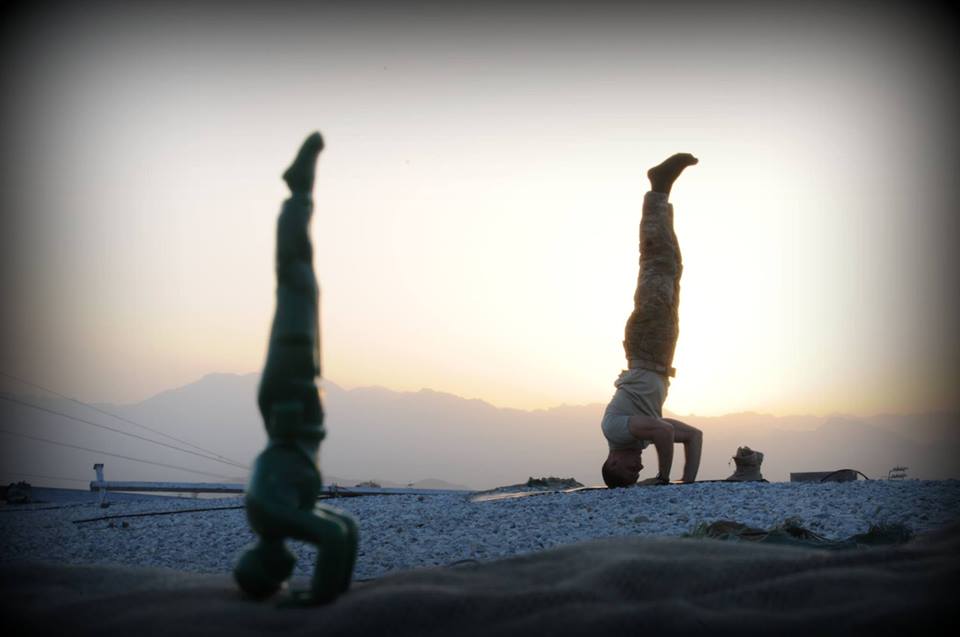 How do you make the figures now?

Through plastic injections [in a steel mold]. Along the way, I learned lessons in production. Now I’m working with digital sculptors to make new poses. The digital sculptors and yoga people at Connected Warriors are now my advisors to make sure I pose the figures correctly. I didn’t want to be a careless maker. The most important thing was getting the poses right. I hope these can be a teaching tool—even more so moving forward. 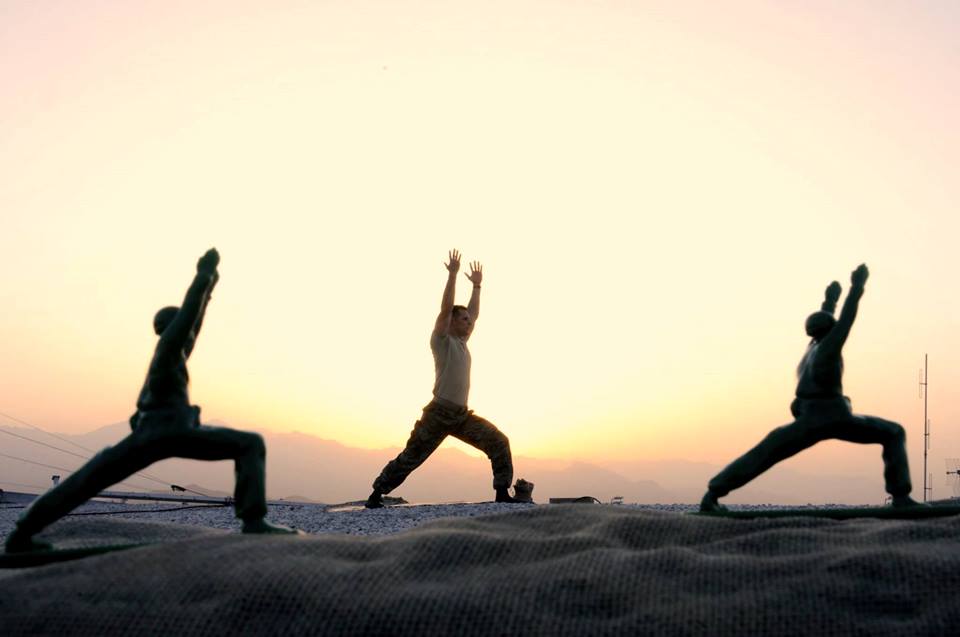 I work from the couch in my apartment—it’s a couch-based business! Usually most of the work is prototyping. The business has grown to a strange point, from humble beginnings, then to figuring out packaging. Now it’s, How do I fulfill on a huge scale? I spend most of my time keeping the flow of production going and getting them to the right places. I work with various designers in San Francisco to prototype, then we make them in China. I’m the only full-time person on this, but there’s a whole army of freelancers helping me. A military mom in New Jersey does my customer service! I thought she would have a better understanding of the community. 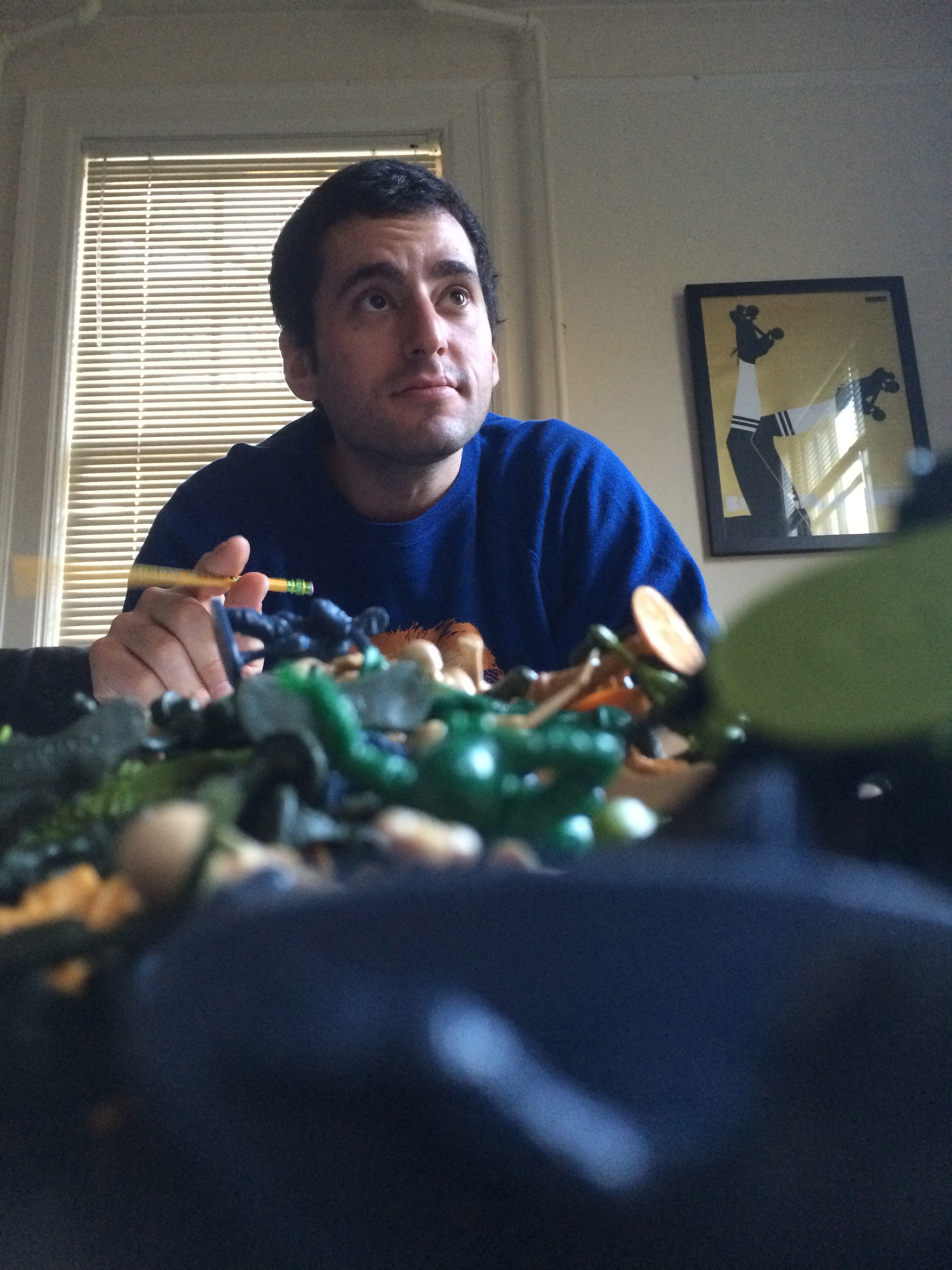 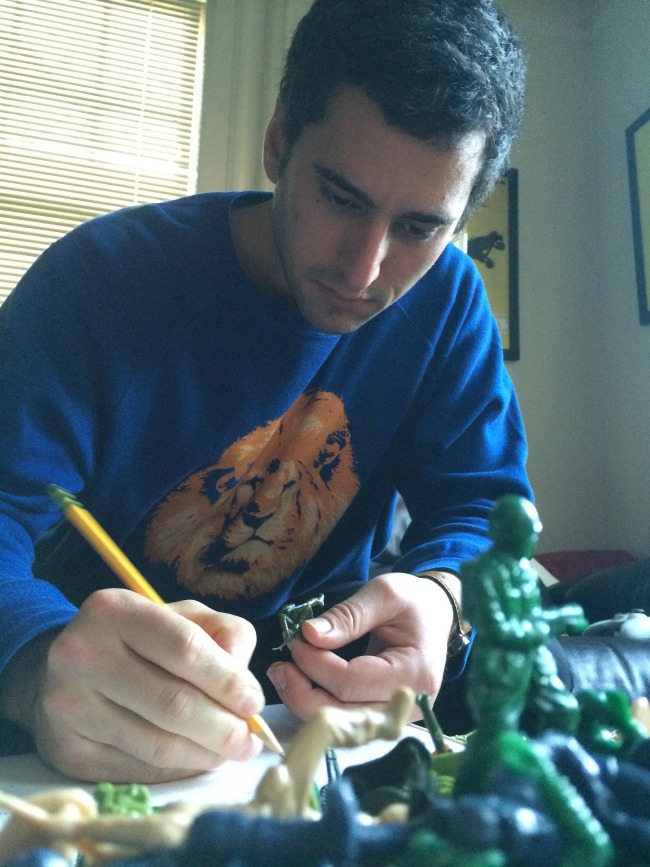 What keeps you motivated?

The important thing is to get the idea out there that yoga is something that is good and can be tried. I hope Yoga Joes inspire people to give it a try—people who wouldn’t normally think to try it. At the end of the day, if people are doing more yoga, it’s a good thing.

Have you gotten responses to your work that have really inspired you?

I’ve gotten some really cool emails from veterans who were distraught coming back to their regular lives. One told me he keeps the meditation figure in his pocket and fidgets with it to remind him to breathe. A yoga business can actually be very stressful, but times when I get an email like that, it makes it all worth it. 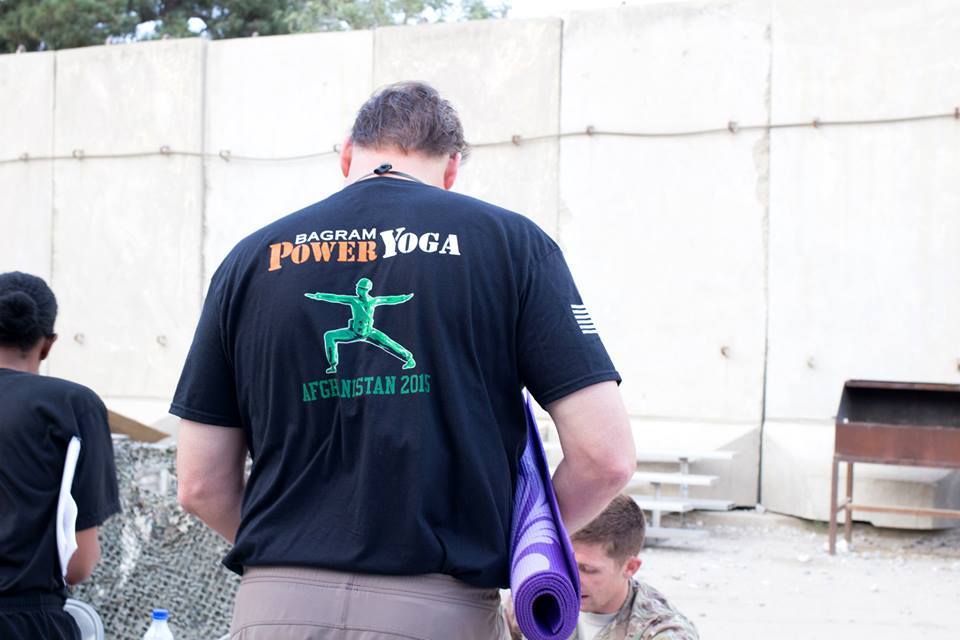