The Best of Uncommon Knowledge: 10 Tidbits to Tighten Your Trivia Game 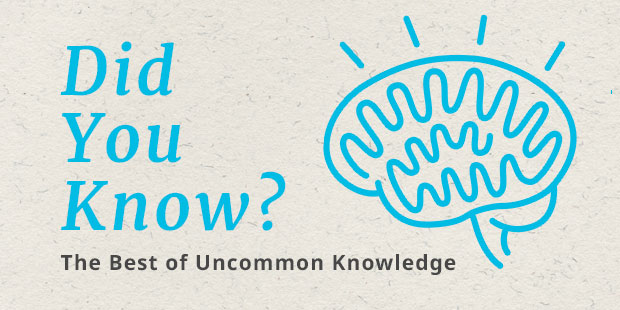 Have you ever wondered why so many things are referred to as things or why we wish upon stars? We do, and we’re not about to just sit around wondering! Each week we go out and find a bit of Uncommon Knowledge that answers one of those less-than-pressing, but certainly entertaining, questions. We’ve compiled quite the collection of trivial tidbits over the years, and we figured it was about time to find out which fun facts our readers find the most interesting. The 10 questions below received the most clicks from customers when featured in our weekly emails. (We threw in the answers, too.) 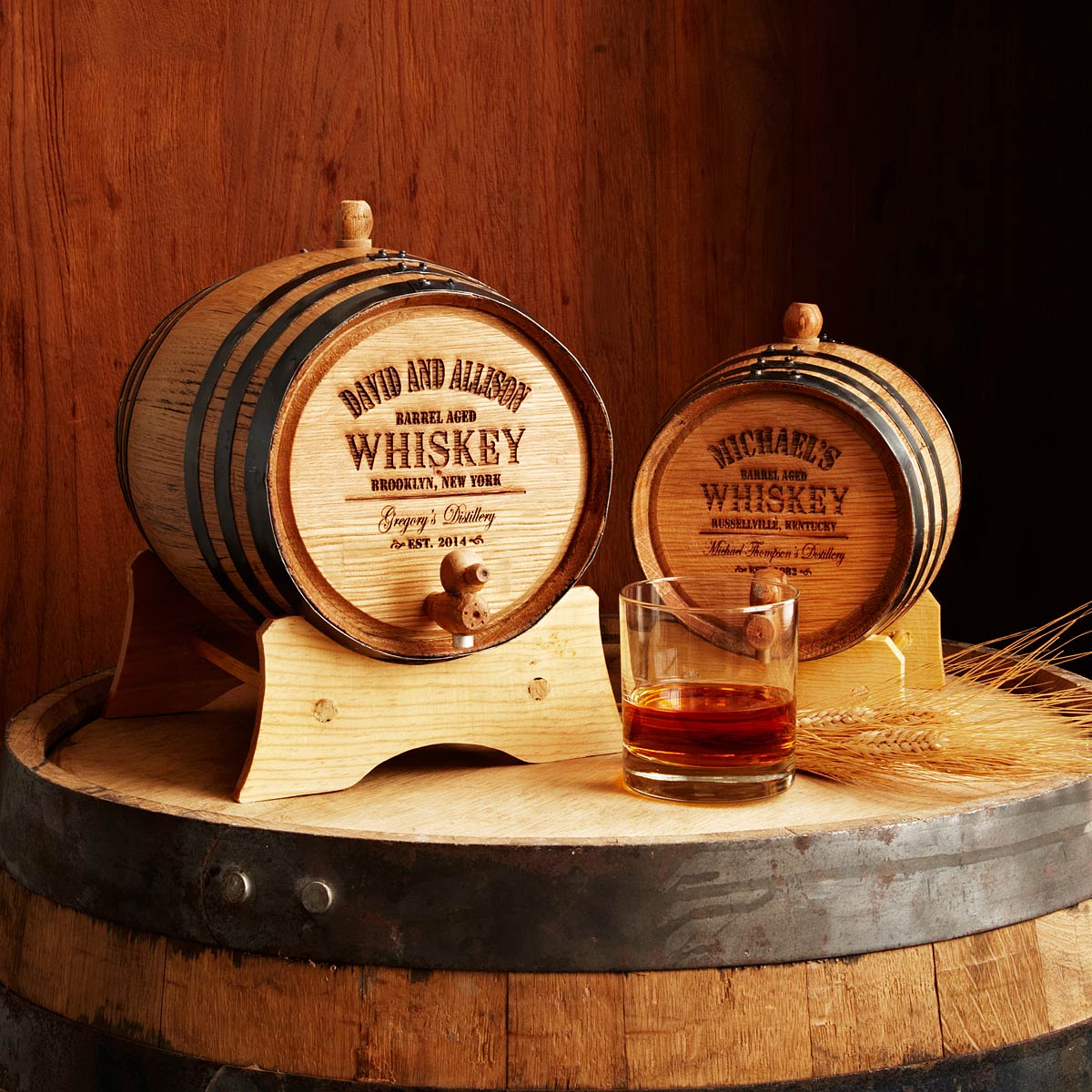 Most of us have only seen them in cartoons or caricatures, but we all know what it means: an old-fashioned jug marked with XXX is full of moonshine. It turns out that the marks refer specifically to moonshine’s distilling process. The moonshiners would start by distilling a mash of fermented sugar cane pulp. The resulting liquid, known as the “singlings,” is foul-tasting and a mere 30-40% alcohol by volume. To get the kick that moonshine is known for, it has to go through two more distillations—rendering it almost 100% pure alcohol. The three X’s on the jug were meant to signify that its contents had completed that triple-step process, and also that it might just be strong enough to knock your shoes off, curl your hair, and take your breath away for the next thirty-six hours.

Why do refined people have blue blood? 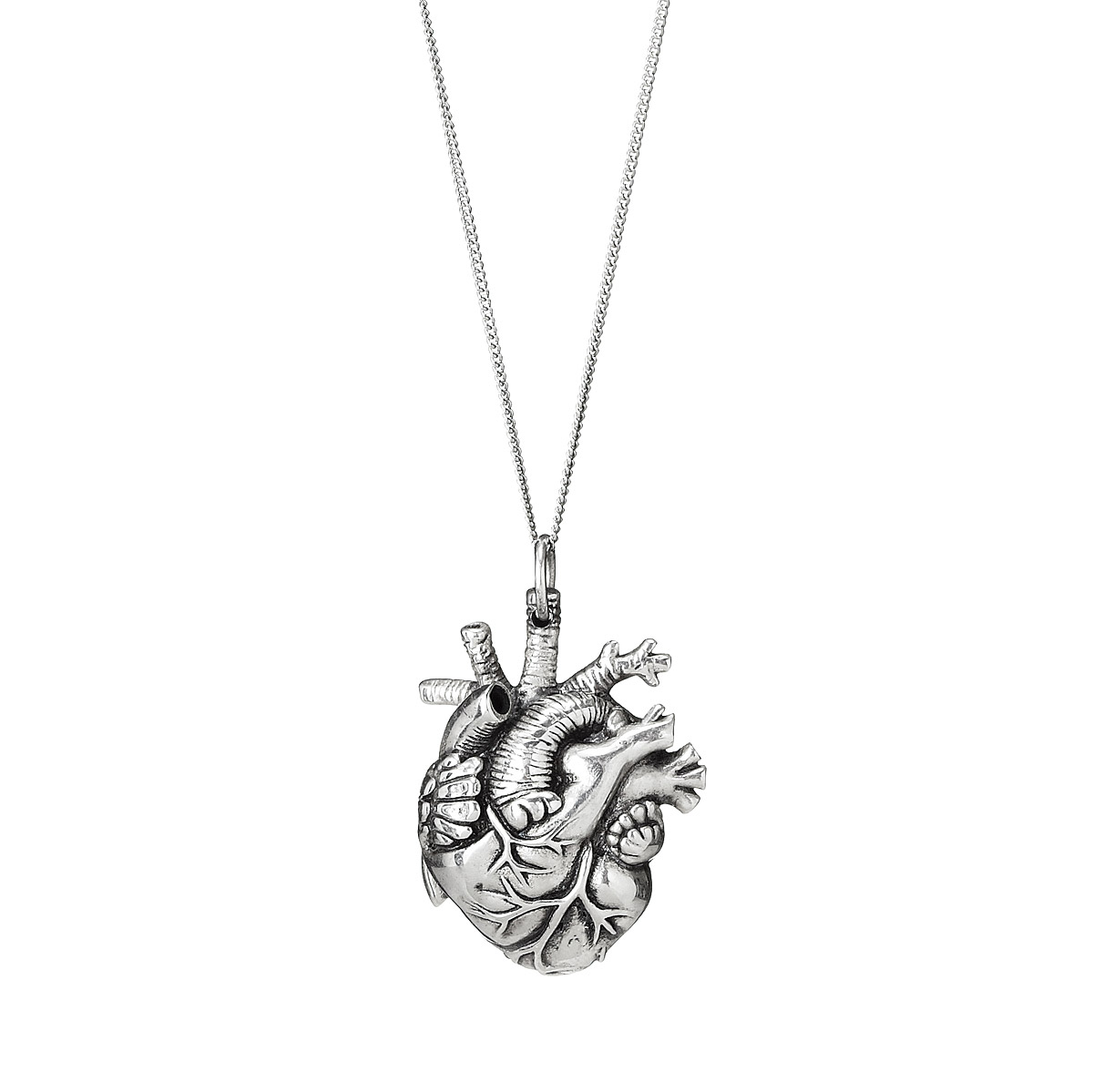 They don’t. No one does. Blood does vary in color—but only from bright red to dark red. The fact that some blood vessels appear blue beneath the skin is actually trick of the light. Much in the same way that the ocean looks blue even though water itself has no color, when light passes through the outer layers of our skin and bounces off a blood vessel, the frequency most likely to bounce back out to our eyes is blue. That does not have any effect on the color of the blood itself. However, this misconception has long been a tool for supporting class distinction. Starting as far back as medieval Spain, being able to see veins of “sangre azul” beneath pale skin was a mark of a privileged, sheltered life that was unavailable to the sun-tanned working class. And though now we live in an age where sun-starved office workers dream of luxuriating out on the beach somewhere, our blue-blooded illusion of the upper class remains.

Are you a citizen of Pelisipia? 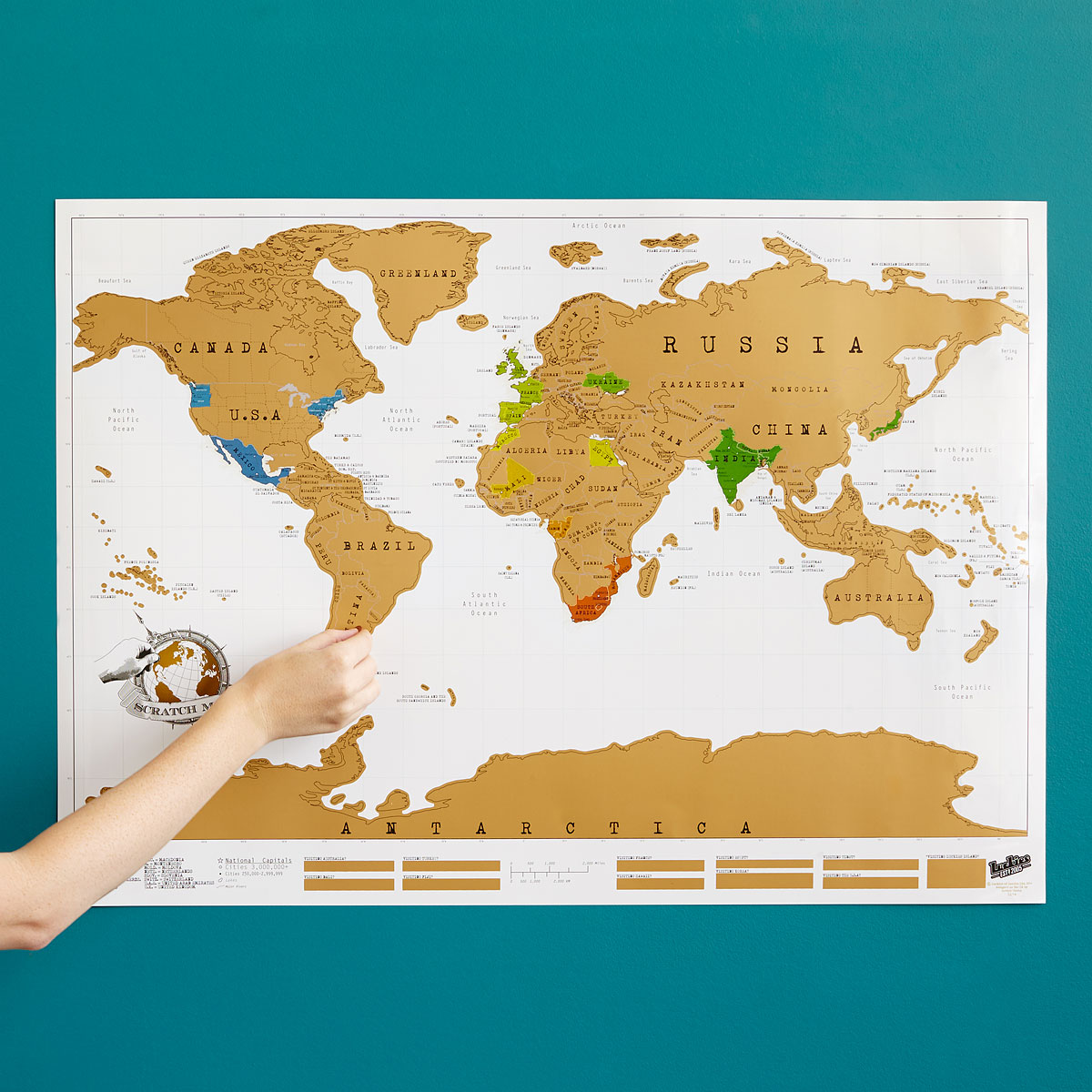 If Thomas Jefferson had had his way, you might be. In 1787, the newly-formed government of the United States passed an ordinance claiming the land south of the Great Lakes as American soil. Called the Northwest Territory, this act established the pattern by which the government would expand its borders westward: by creating new states rather than by expanding existing ones. Thomas Jefferson was one of the early proponents of this plan. The author of the Declaration of Independence turned his pen to the map of this new frontier, drew straight lines dividing the area into seventeen proposed states, and invented names for them all using a combination of Latin and Native American words. Some of those names, like Illinoia and Michigania, were adapted into official usage. Others, however, would have given an entirely different flavor to the American landscape. Can you imagine hailing from the great states of Metropotamia, Equitasia, Chersonesus, Assenisipia?

Can math save your toast? 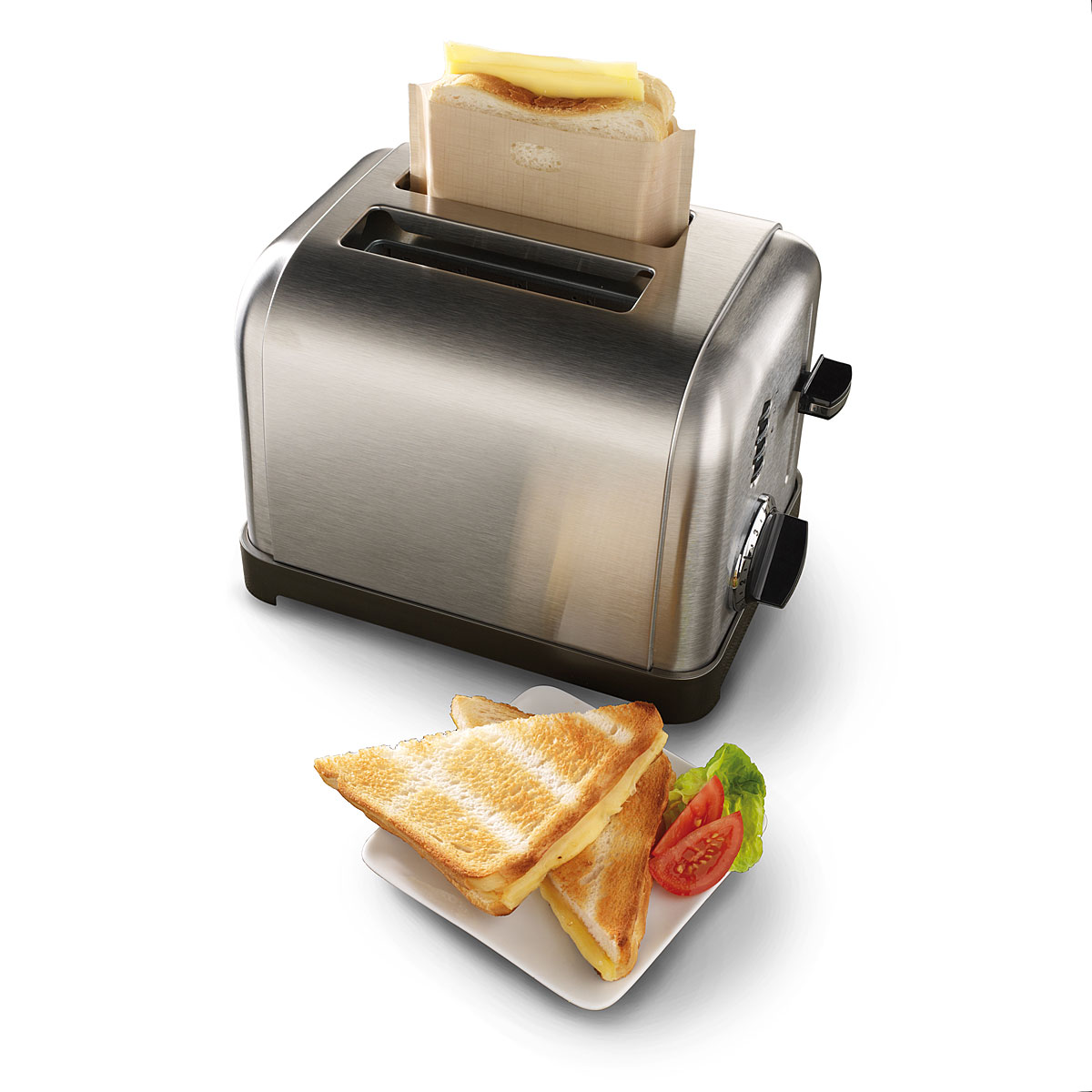 We’ve all experienced the devastating loss of freshly buttered toast. One careless knock off the plate, a case of…butterfingers…en route to your mouth, and the whole slice goes plummeting to its certain doom—almost always to land butter-side down. Conventional wisdom would suggest that you only stand a 50-50 chance of completely ruining breakfast. However, conventional wisdom does not take into account the nature of bread. Bread is made up of delicious pockets of air, which affect its drag as it falls. Cover up those pockets with butter, and you have a rotation situation, meaning (according to science) the bread is only able to rotate one and a half times on its way to your kitchen tile. If your table is standard height, this means you’ll probably be cleaning butter off the floor in the near future. So what’s a bruncher to do? After dropping 100 perfectly good pieces of toast, food science specialists determined that an eight-foot tall table would allow for a full 360-degree rotation, and the salvation of your morning carbohydrate. Incredibly tall toast fans rejoice! 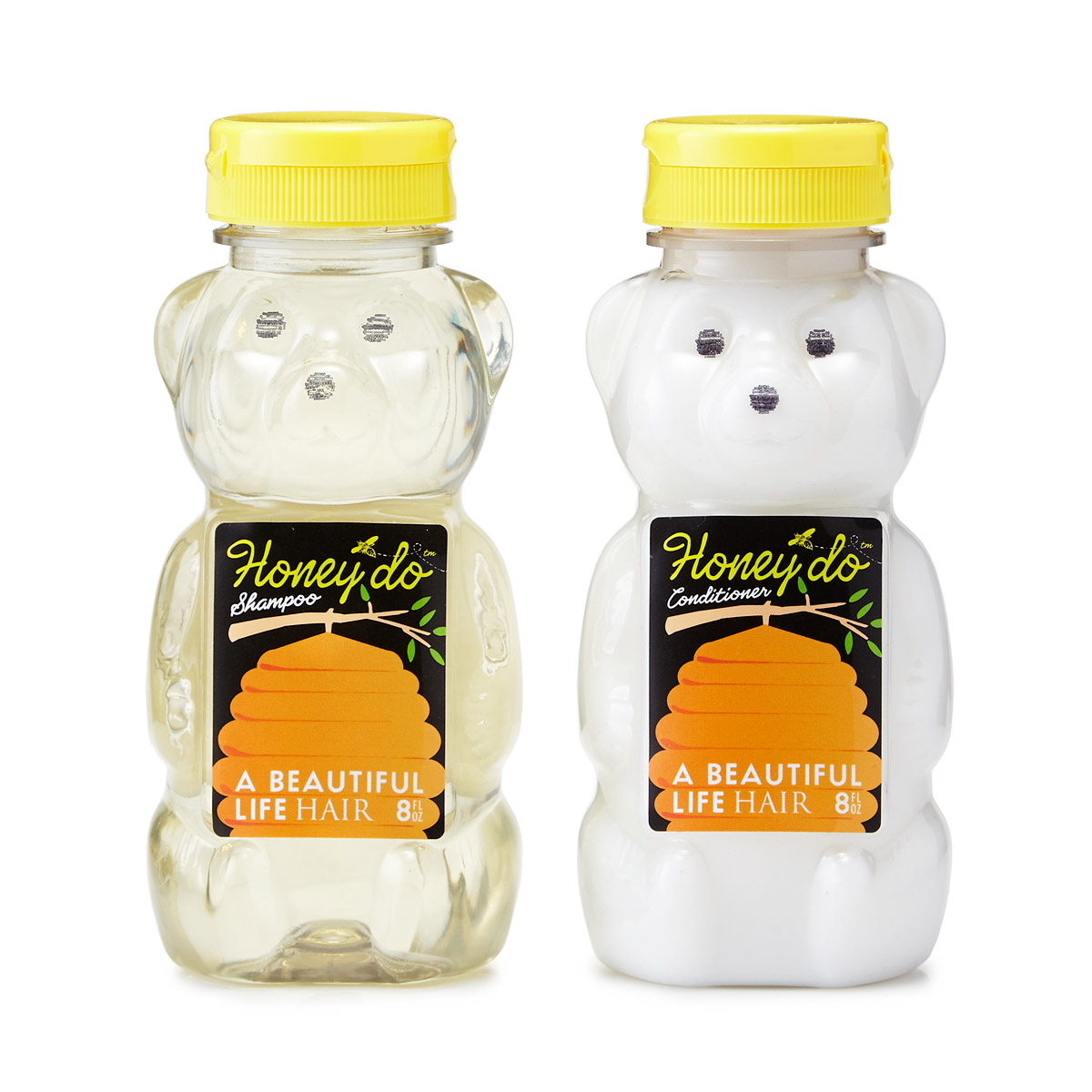 It sure must have seemed that way in the early 20th century. Women had worn their hair long in Western culture for centuries, and the latest look at the turn of the century—the Gibson girl—required long tresses piled luxuriantly on top of the head. So during WWI, when women began cutting their hair at ear-level, it was considered rather scandalous. But 1915 was a tipping point, when famed ballroom dancer Irene Castle introduced the “Castle Bob” haircut. Suddenly short hair for women entered the mainstream, along with other shocking fashions, such as high hemlines and cloche hats—which could only be worn by those with short hair. Hairdressers were initially so resistant to the new trend that women would line up outside of men’s barbershops just to get their locks sheered. So did the bob make women wild? Not exactly. The fact is that, in the beginning, short hair was a practical choice for women during the war who were joining the workforce. Long hair is lovely for a magazine spread, but impractical when working with heavy machinery. And even Irene Castle picked her signature look for its ease when dancing. It was only later, in the 1920s, when women—now with a literal weight off their minds—began wondering what additional kinds of liberation they might enjoy.

Did you inherit DNA from both parents? 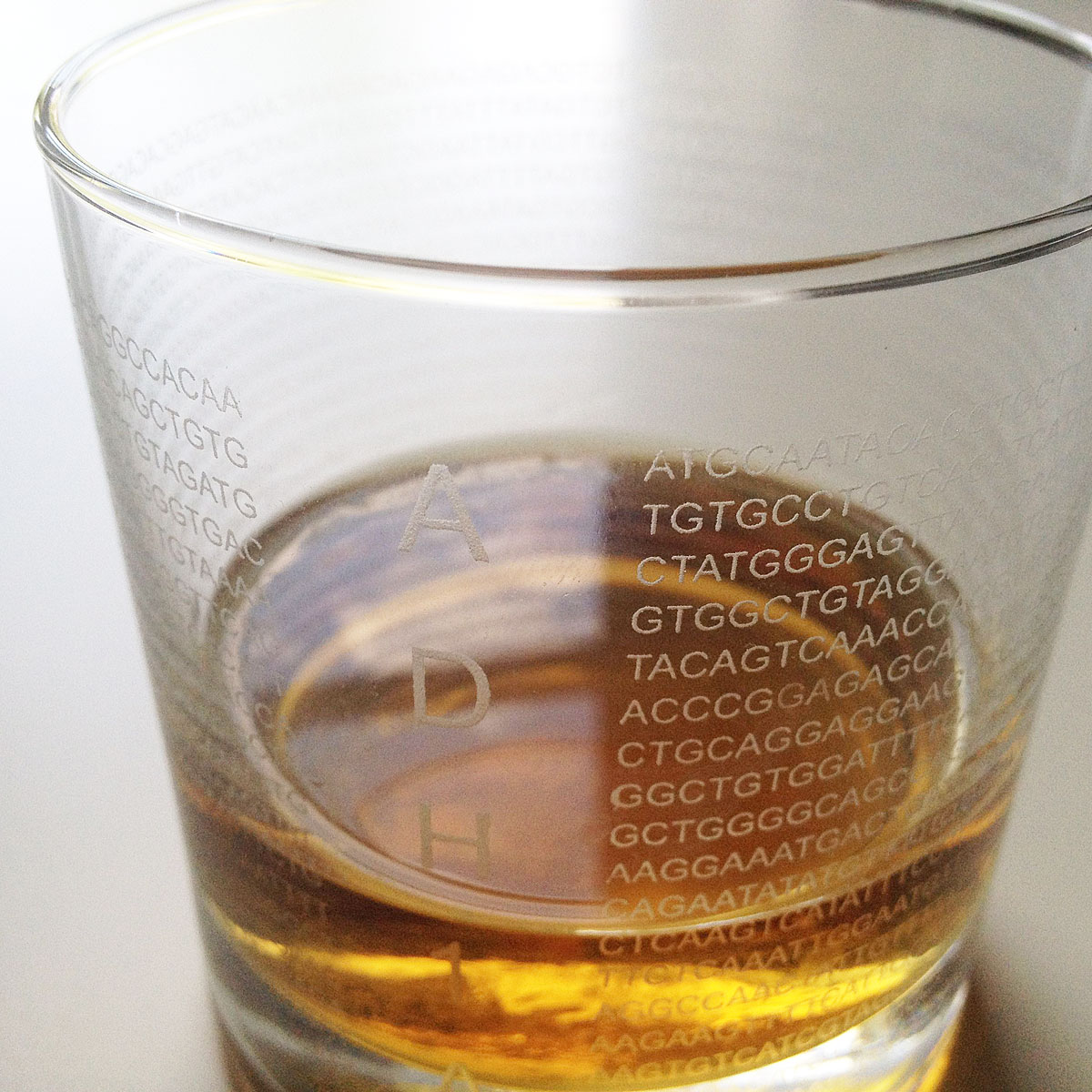 Yes and no. The kind of DNA that we typically think of in our cells, which is responsible for giving you your father’s nose or your mother’s dimples, definitely comes from both parents. However, that’s not the only kind of DNA you have. Inside your cells are a variety of “organelles” that perform specific functions. One of those, the mitochondrion, is known as the cell’s power plant. It also happens to contain its own independent set of DNA. Research suggests that this genetic material actually has a separate evolutionary origin than our regular DNA, and that mitochondria may have once been bacteria that established a symbiotic relationship within our cells. The other surprising fact about mitochondrial DNA? Children only inherit it from their mothers.

Are beards good for you? 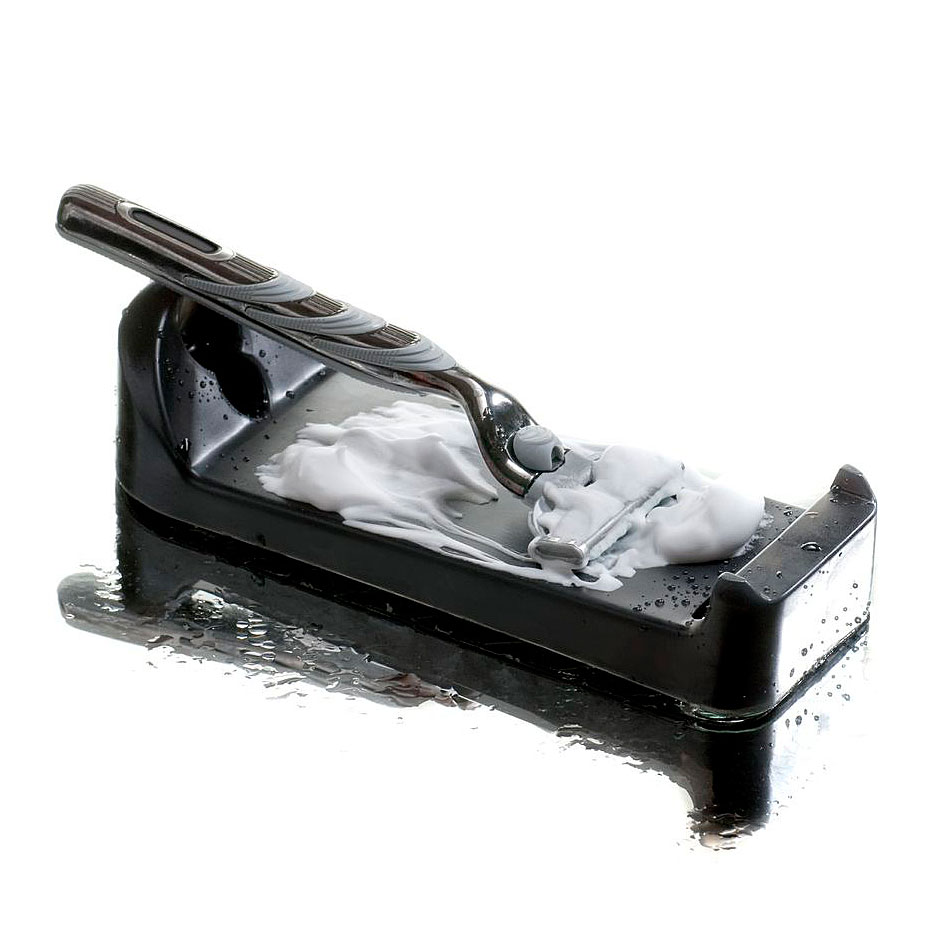 It has been scientifically proven that beards are awesome. For one thing, a beard can literally save you from cancer, by blocking 90% of the UV rays that would ordinarily be hitting your face. Since UV radiation also causes signs of aging in skin, a beard can keep you looking younger longer. Facial hair can also reduce your trouble with allergies, by trapping dust and pollen. On the other hand, shaving can cause skin irritation, ingrown hair and bacterial infections. So don’t just grow that beard to enhance your rugged manliness. Grow it for your health.

Why do you want to eat a baby? 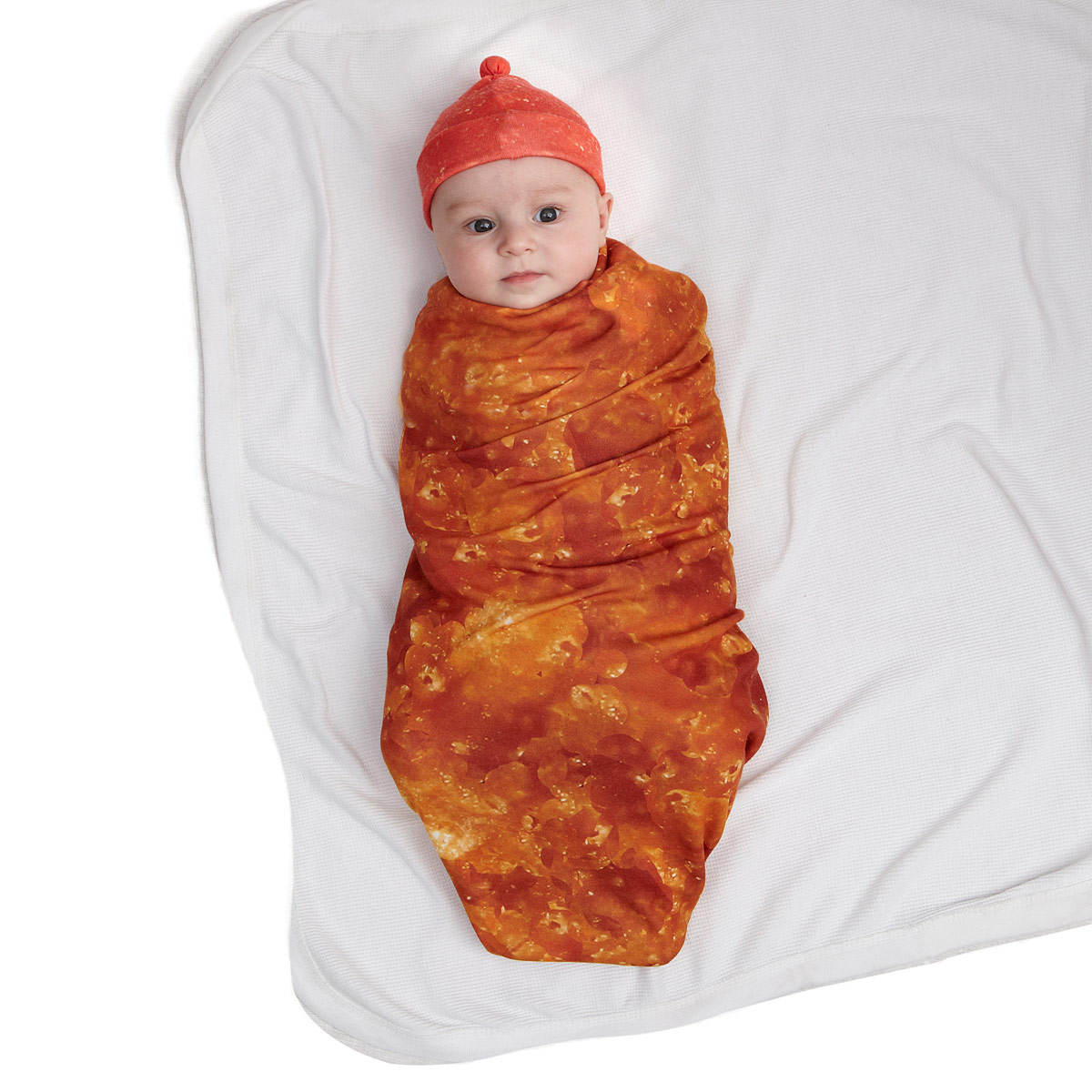 You know all those times when seeing a newborn makes you say, “Oh, what a sweet baby! I could just eat you right up!” Or that inclination to pop those cute little toes into your mouth, or to blow a raspberry on that roly-poly tummy? Research suggests that you do those things because babies make you subconsciously think about food. It’s the smell that does it. The scent of a newborn baby activates the area of the brain that controls food cravings, and prompts a release of the feel-good chemical dopamine. Fortunately, this hunger doesn’t drive us to literally eat our young. Instead, it gives us a craving to nurture, feed and protect those precious little dumplings.

How powerful is a name? 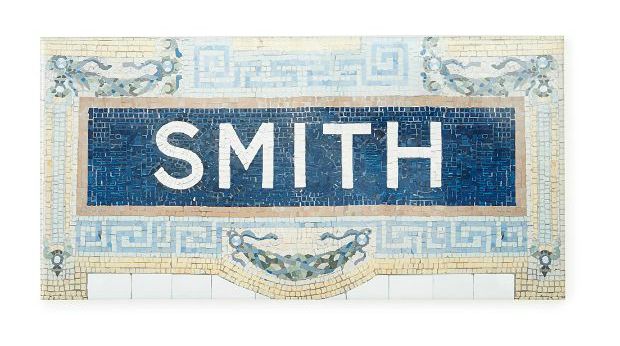 Sticks and stones may break your bones, but an embarrassing nickname can haunt you for centuries. King Alfonso IX of Leon, for example, is still recorded in the history books as “The Slobberer” because of his tendency to foam at the mouth when angry. Sometimes, however, the nicknames stick so well that we don’t even realize they are nicknames. Ernesto “Che” Guevara was given his nickname because he used the word “che” so often—it’s the Argentine equivalent of saying “dude” or “bro.” The ancient Greek philosopher Plato was actually named Aristocles. The name Plato was supposedly given to him by his wrestling coach, and means “broad”—perhaps the ancient Greek version of “tubby.” But when a nickname sticks, sometimes the best defense is to run with it. When James Hickock couldn’t shake the nickname “Duck Bill”—a reference to his large nose and protruding upper lip—he instead altered it just a bit, and became known as Wild Bill Hickok, one of the most famous gunslingers of the American West.

Why are wedding cakes so tall? 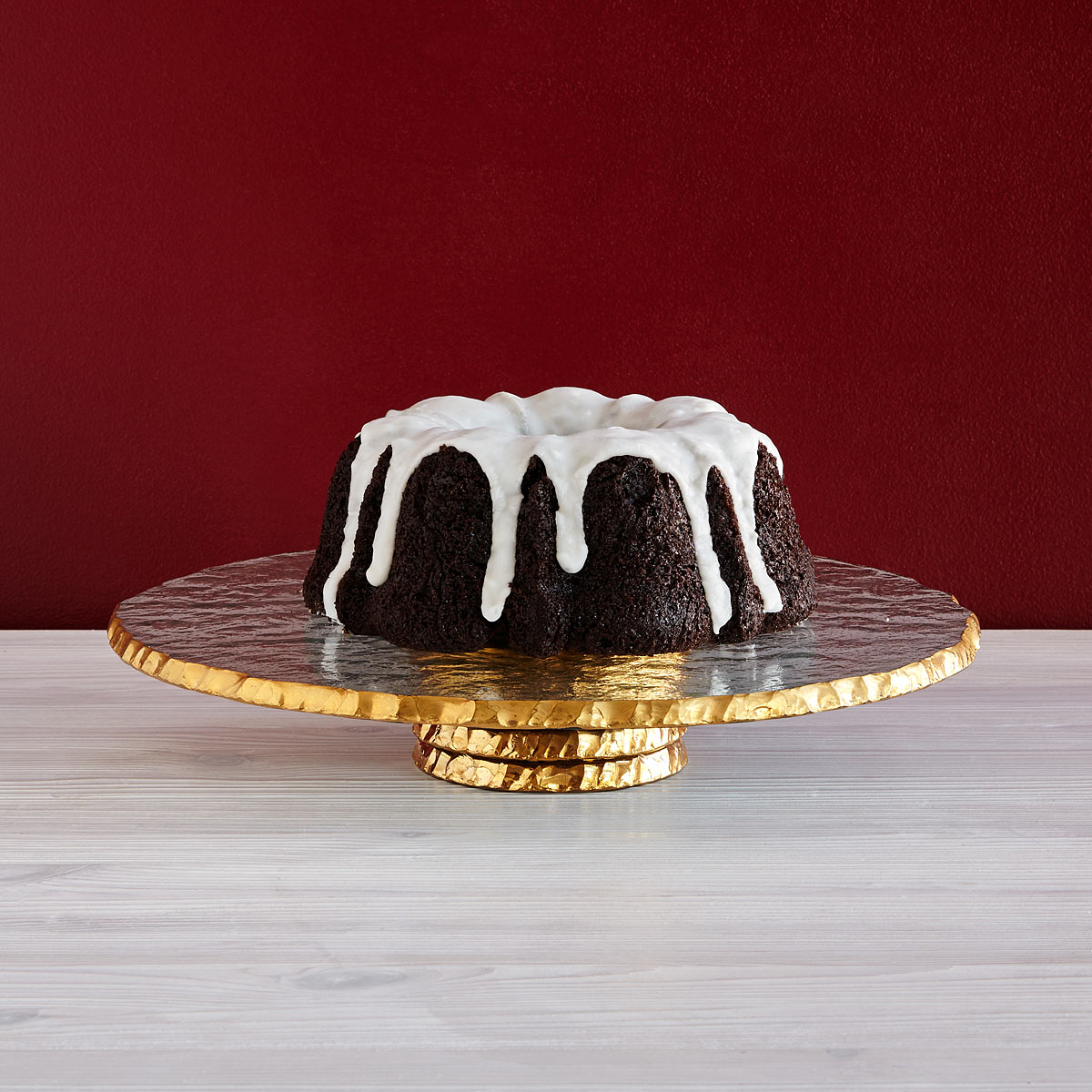 Those hilarious videos you’ve seen online, where hapless newlyweds accidentally topple their towering wedding cakes, are actually right in line with a centuries-old tradition. Before wedding cakes as we know them were developed, a tradition in medieval England was to celebrate a marriage with a towering pile of sweetened buns. The bread was heaped high on the table, and if the couple could reach across for a kiss without knocking any over, they were said to be guaranteed a life of happiness together. It seems likely that the guests would leave the stack just short enough for the bride and groom to succeed—and yet, the entertainment value of seeing it fall must have been a sore temptation. So, perhaps all of these collapsing confections in the videos are not accidents, but exactly what the wedding cake was originally designed to do.

What is Best for NYC?

Inside the Maker’s Studio With Casey Elsass