Since the Custom Lake Art Cribbage Board first stepped on the scene last year to overwhelmingly positive reviews, UG has gotten a pretty intense case of cribbage fever. Suffice to say, there was a cribbage-sized hole in the gaming world and we answered with the Peacock Feather board, the Fern board, and new varieties that keep rolling in with each season. A quick office poll found, however, that a pitiful number of our employees actually knew how to play cribbage, and this writer was not among them. 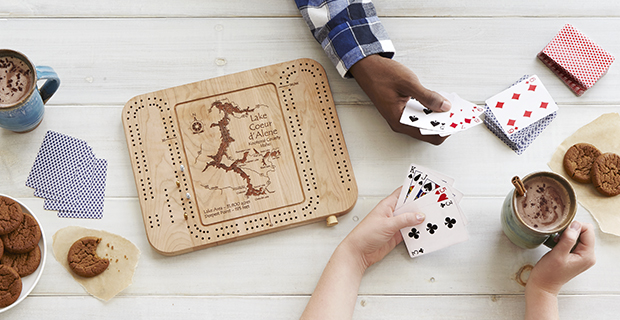 In the interest of writing what you know, I figured it was high time to educate myself on the world of cribbage and now I’m here to share that information with you. Already know how to crib? What are you even doing here?! Get yourself to the nearest cribbage tournament!

Now that the cribbage enthusiasts are gone, let’s get started! The main draw of cribbage, according to my plentiful research, is that in order to win, you can rely on both strategy and good old-fashioned luck of the draw. There’s something for everybody! There can be small variations found in different regions but the overall idea is the same.

According to the one coworker I found who plays this game, writing down all the rules was a very ambitious undertaking and there is, in fact, a whole lot of nuance/random scenarios that can come up. Be that as it may, consider this a fun frolic through the basics of cribbage—a fun-dation, if you will.

The History:
The English poet Sir John Suckling created cribbage in the early 17th century as a derivative of the game “noddy.” The game also served as an official pastime on World War II submarines.

The Players:
Cribbage is best played with two people—this can be done with one on one or two on two. For the sake of this tutorial, it’ll be one on one.

The Cards:
Use a standard 52-pack of cards, King is high, Ace is low. Take out the Jokers.

The Object:
Be the first player to make your peg around the full cribbage board.

The Score:
You track your score using your new fancy cribbage board, silly! You’ll notice that there are multiple pegs. Players each use two pegs to record their score: one shows your current score, one acts as the trailing peg so that the board always shows how many points you recorded on your last score.

The Game:
Players start by drawing cards. The player with the lowest card deals first, distributing six cards facedown to his opponent (called the pone) and himself. Each player looks at their six cards and “lays away” two of them face down to reduce their hand to four. The two cards laid down from each player (making it four in total. Math!) now constitute “the crib” and belong to the dealer. However, these cards are not exposed or used until the hands have been played.

With me so far? Feel free to read it over a few times. I did.

After the crib is laid away, the pone cuts the deck. The dealer then turns up the top card at the split and places it face up on top of the deck. This card is now “the starter.”

Apparent side note to the rules that I couldn’t find an explanation for: If this starter card is a Jack, it called “His Heels” and the dealer uses the cribbage board to peg (score) two points at once. Okay, sure!

The biggest thing to know about cribbage is that for each hand there are two stages of play. The first stage is to, one by one, drop your cards in a succession that will lead to either: doubles, runs, or a sum of 15. 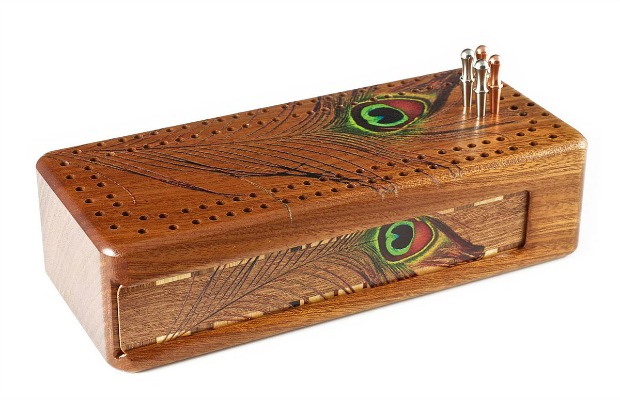 And so on and so forth. Basically, the number of cards that make up the scorable group you make indicates the amount of points you get. Want another random number to shoot for? See if you can make your cards add up to 31 for 2 peg points. The back and forth between the two players stops once 31 is reached (and you can’t go over)—once 31 has been reached and you can’t go any further, the last person to throw down a card gets a point.

The first stage of play is over. Phew. Pick up the cards you played again and use that overturned card on top of the deck as a starter. Want another script? 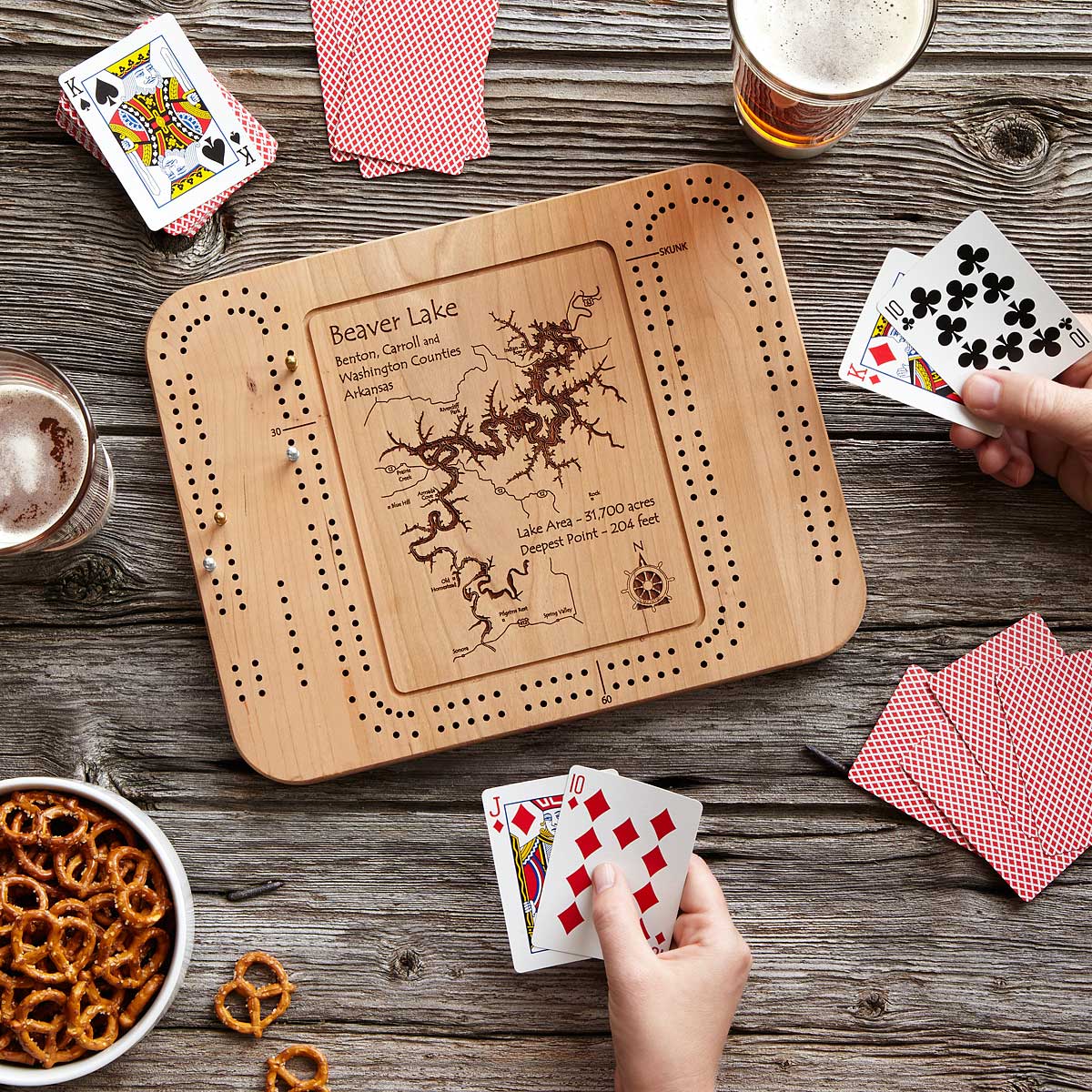 This stage of play isn’t a back and forth like the last one. This is you seeing what you can do with your own cards plus the overturned top card. Want to do some more? If you’re the dealer, now’s the time to take out the crib and play around with that.

Once you’re done, put all the cards back, re-deal (this time with a different dealer) and the cycle starts again and again until one of your pegs reaches the end of the board.

Full disclosure, you will probably have to read through these directions about seven times and also scour the internet for various nuances that can occur during play. I played a few hands myself and, though it took me a while to get the hang of, I can see how it would be a great way to spend a rainy Sunday with the family. Now excuse me, I’m going to go comb all the cribbage blogs and develop some strategy.

Be sure to take a look at our unconventionally stylish cribbage boards to get your game started. Happy cribbing!

Uncommon Knowledge How Do You Completely Fail at Marketing?