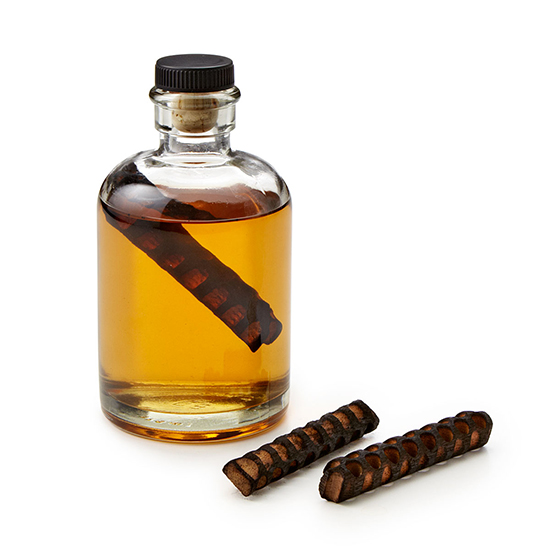 Most of us have only seen them in cartoons or caricatures, but we all know what it means: an old-fashioned jug marked with XXX is full of moonshine. It turns out that the marks refer specifically to moonshine’s distilling process. The moonshiners would start by distilling a mash of fermented sugar cane pulp. The resulting liquid, known as the “singlings,” is foul-tasting and a mere 30-40% alcohol by volume. To get the kick that moonshine is known for, it has to go through two more distillations—rendering it almost 100% pure alcohol. The three X’s on the jug were meant to signify that its contents had completed that triple-step process, and also that it might just be strong enough to knock your shoes off, curl your hair and take your breath away for the next thirty-six hours.

Uncommon Knowledge: What is the shiniest living thing?

Inside the Artist’s Studio with Etta Kostick