Checking In With American Forests

I asked our friends at American Forest last month what they’d been able to do with our Better to Give donations over the past year. Turns out they’ve planted more than 59,000 trees across the US. Isn’t that incredible? And it’s all because of you. Each time you pick American Forests at checkout, we donate $1 to their tree-planting programs. Thanks for your loyal support!

Since 2010, UncommonGoods has helped support the planting of more than 59,000 trees through American Forests’ Global ReLeaf® program. This partnership has planted trees in critically important locations that span across 6 states and 9 separate ecosystem restoration projects. American Forests is proud to have planted the following trees on behalf of UncommonGoods and all of their respective customers and employees.

Name: Spotted Owl Habitat Restoration in Angeles National Forest– 210 Trees
State: CA
American Forests is partnering with the USDA Forest Service to replant areas of Angeles National Forest that have been damaged by wildfires. It will take three years to replant all of the damaged areas. In 2011 project work will include growing seedlings, preparing the site, and planting and monitoring. This project will work to restore the critical habitat for the California Spotted Owl (Strix occidentalis) and other threatened, endangered, or sensitive plant and animal species. The Spotted Owl’s primary habitat is forest areas that include Douglas fir. 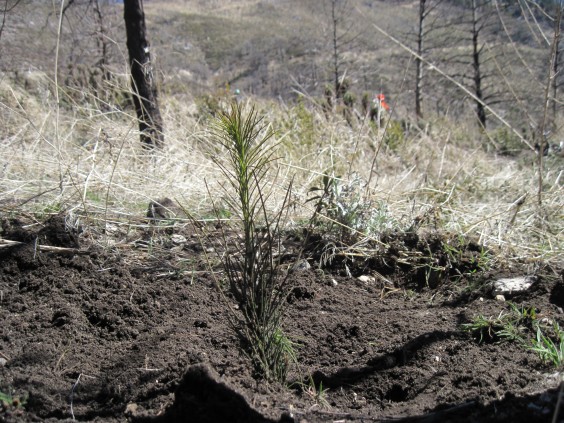 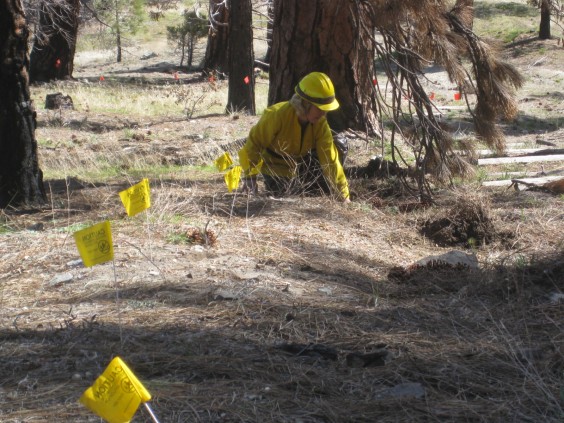 The wildfires destroyed 10% of that habitat within Angeles National Forest. This project will also protect the local ecosystem. The site is part of the watershed at the headwaters of Los Angeles River. Soil erosion has negative effects on aquatic species in the Los Angeles River so the newly planted trees will prevent soil in and around the planting site from eroding into the river. The planting will also help prevent future wildfires by restoring the site with native tree species before the land can be taken over by non-native grasses.

Name: Poe Cabin Fire Restoration – 22,691 Trees
State: ID
American Forests is teaming up with the USDA Forest Service to replant areas of the Nez Perce National Forest that were damaged by wildfires. Planting trees at this site offers numerous benefits, including a decrease in soil erosion which will lessen the amount of sedimentation being deposited into the area’s water sources. This in turn will help to protect anadromous, fish that live mostly in the ocean but breed in fresh water, fisheries located along the Snake River. Deer and wild turkeys will also benefit from this project. Reforesting the area will provide these species with places to hide and keep warm during the winter months. Part of the reforestation project encompasses the Pittsburg Landing Road, which allows access to the Snake River. The river provides a host of recreational activities and is a popular tourist location. This project will plant tree species, including the severely threatened whitebark pine, a species found in the western US and Canada that is threatened by wildfires, mountain bark beetles, and blister rust. American Forests is sponsoring various projects to reforest white bark pine this year.

Name: Kraft Springs Fire Rehabilitation – 8,470 Trees
State: MT
American Forests is partnering with the USDA Forest Service to reforest areas within the Custer National Forest. This area has been damaged by multiple wildfires, occurring in 1998 and 2002. The area continues to see an increase in wildfires due in part to a changing climate which has created warmer and dryer conditions. These conditions have allowed wildfires to burn with previously uncharacteristic severity. As a result of the wildfires, forested habitat has been reduced by 69 percent. Reforesting this area with ponderosa pine will increase habitat and food supply for elk, mule deer, whitetail deer, and goshawk. 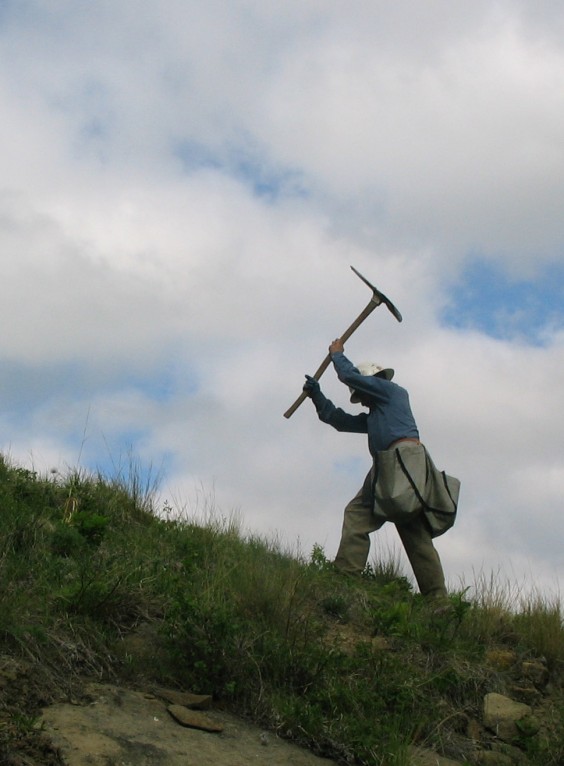 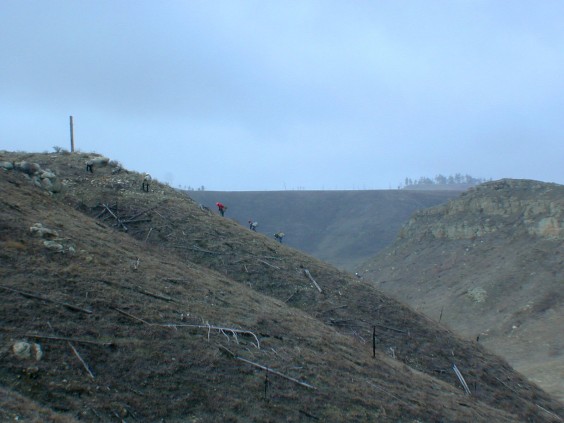 Name: The Chiginagak Volcano Valley, Alaska Native Tree Restoration Project — 6,613 Trees
State: AK
The Chiginagak Volcano Valley in the Alaskan Peninsula was damaged by a lahar flow that greatly decreased the wildlife population and destroyed much of the foliage. The lahar flow also reached creeks, contaminating them with sulfuric acid. The purpose of this project is to restore the native habitat and protect the water by replanting 350,000 trees. 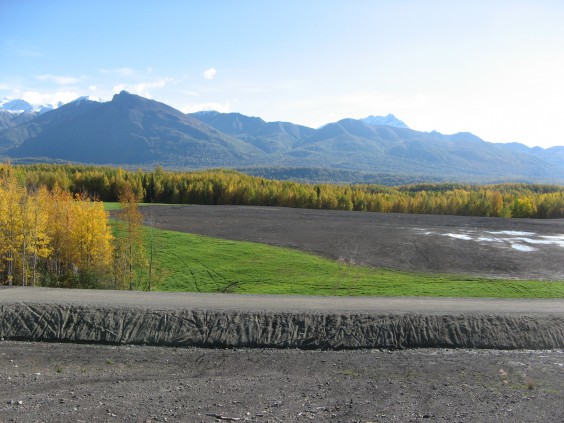 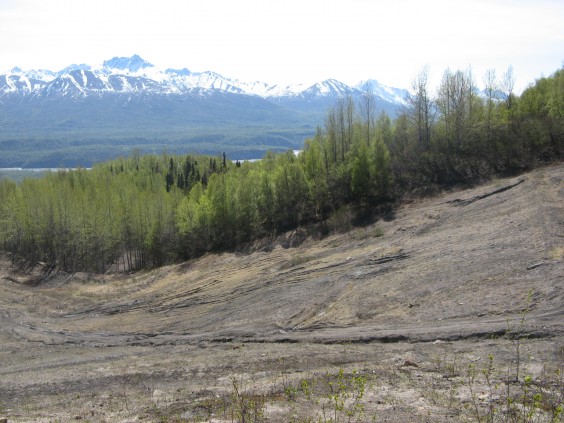 The trees to be planted are Alders, Poplars, Willows, and dwarf conifers to ensure native species diversity. This project also benefits the area economically. The rivers and streams damaged by the lahar flow feed into Bristol Bay, which supports a large fishing industry. Repairing the ecosystem will bring back fish into these streams and ultimately into Bristol Bay.

Name: Showerbath Wildfire Reforestation — 2,000 Trees
State: ID
Approximately half of the planting site was harvested in the early 1970s and unsuccessfully replanted with Douglas-fir Seedlings. The mortality of that planting was very high because of the harsh conditions created when most of the overstory was harvested. This project will plant 63,000 Douglas-fir and Lodgepole pines over 210 acres to continue to protect many species of wildlife, improve watershed conditions, and to keep the Salmon-Challis National Forest enjoyable for recreational use.

Name: Cave Gulch & Maudlow-Toston Fire Rehabilitation — 7,500 Trees
State: MT
This project will reforest an area of the Helena National Forest that was burned in the 2000 Cave Gulch and Mauldow-Toston fires. Roughly 40,000 acres of National Forest Lands’ were burned by these fires located in the Big Belt Mountains. Over 400 acres of this land will be planted on with 130,000 Douglas-fir and Lodgepole pines. This project hopes to improve the local watersheds, which contain critical fish-bearing streams that are also important to the other wildlife in the ecosystem that count on these fish for food. 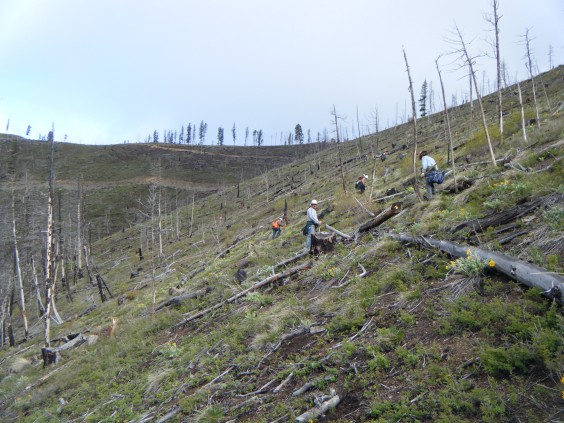 Name: WildEarth Guardians 2010 New Mexico Riparian Restoration — 200 Trees
State: NM
WildEarth Guardians aims to plant over 65,000 native shrubs and trees across four distinct watershed located in total throughout the state of New Mexico. These four project areas are located along the Santa Fe River, Bluewater Creek, La Jencia Creek, and the Rio Puerco. All of these watercourses have seen intense historic disturbance regimes, including domestic and wild ungulate overgrazing and browsing, destabilized stream channels and banks, non-native shrub and tree establishment, extreme temperature loading and fluctuations, and impacts of off-highway vehicles. These impacts have resulted in degraded stream and riparian area functionality. The goal of this project is to restore function to the area by undertaking a variety of proven restoration measures, including non-native species removal, stream channel and bank stabilization, native species reforestation, domestic and wild ungulate control, and prohibiting off-highway vehicle access. 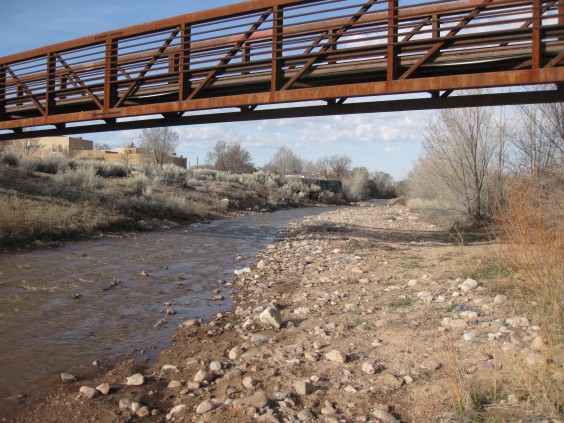 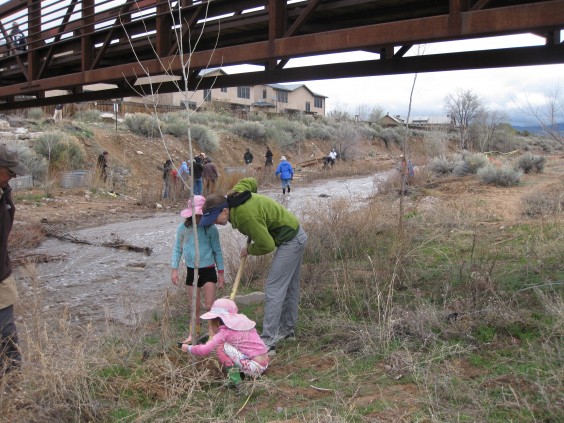 Name: Lower Rio Grande National Wildlife Refuge — 5,859 Trees
State: TX
American Forests continued the partnership with the Lower Rio Grande National Wildlife Refuge for the 14th consecutive year by supporting the on-going reforestation of the Lower Rio Grande Valley. This area is one of the most biologically diverse regions in all of North America and is also one of the poorest, though fastest growing, regions in the United States. The reforestation of this corridor benefits the unique wildlife of this subtropical region, including endangered species such as the ocelot and jaguarondi. More than 490 species of birds and about 40 percent of all North American butterfly species (300+ species) live in this four-county project area. This project helped maintain a bountiful and biologically diverse land as a key component to the area’s ecotourism industry.