What’s Mycelium Got to Do With It? Inside a Lamp Made from Mushrooms

*Editor’s note: The Mushroom Lamp is coming soon to our assortment. Get it first by pre-ordering here. 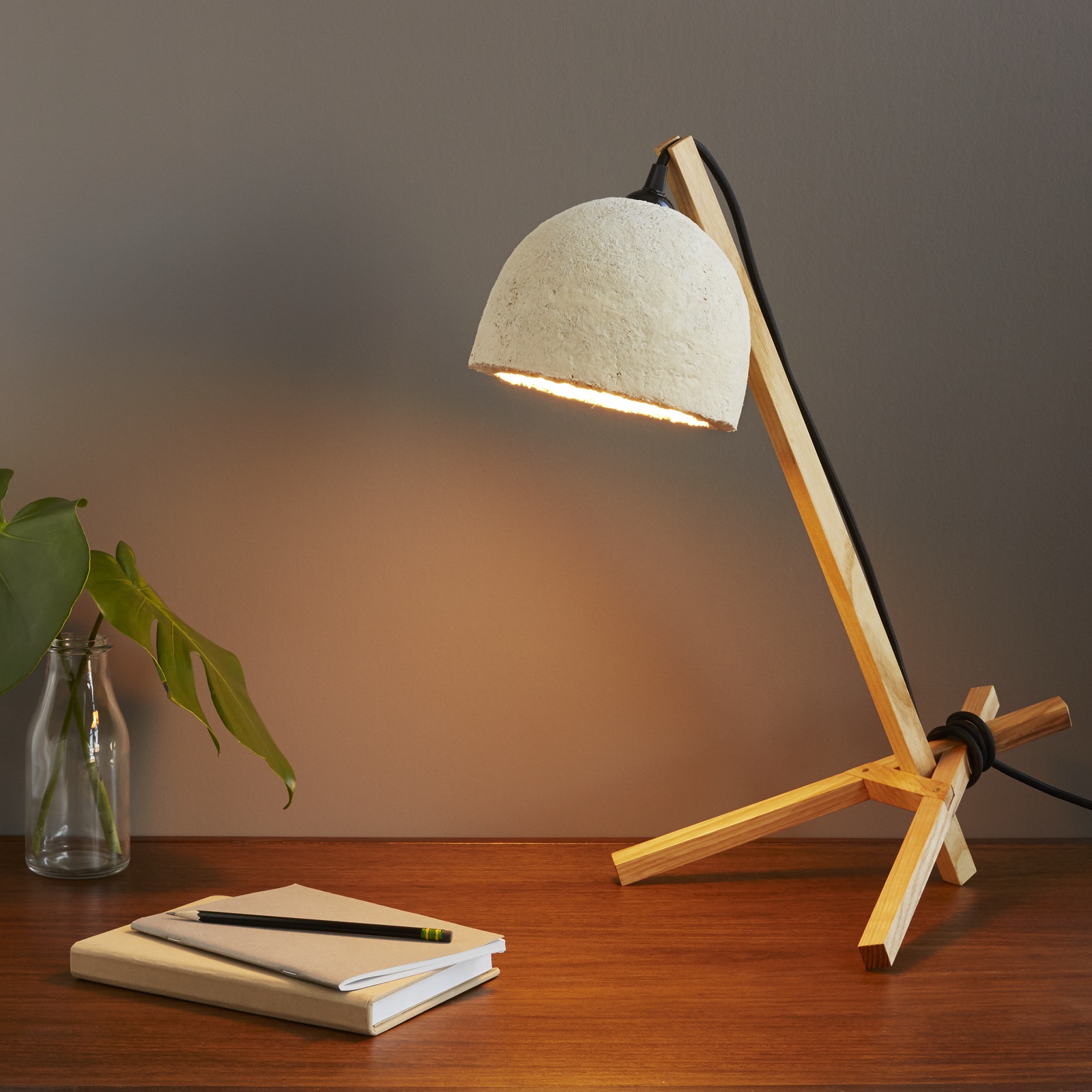 The Mushroom Lamp | pre-order now, only at UncommonGoods

Imagine, if you will, a mushroom. What do you see in your mind’s eye? A red cap, flecked with bits of white? Or the spongier look of the prized morel? We’d bet anything you don’t picture a lamp, but maybe—just maybe—you should. And along with designer Danielle Trofe, we’re here to tell you why.

It may seem like there’s somewhat of a leap from mushrooms to your living room decor, but we swear, the connection’s relatively linear. The key? Mycelium, otherwise known as the network of subterranean “roots” that helps petite ’shrooms gather nutrients from their surroundings. In 2007, Eben Bayer and Gavin McIntyre—co-founders of a company called Ecovative—set out to expose mycelium’s potential by using it to craft eco-friendly alternatives to stuff like polystyrene foam (yuck). It didn’t take long for Danielle to take advantage of Ecovative’s fun(gal) creation, incorporating mycelium into the design of an object you can now get only at UncommonGoods. You guessed it: It’s a lamp. The Mushroom Lamp, to be exact. 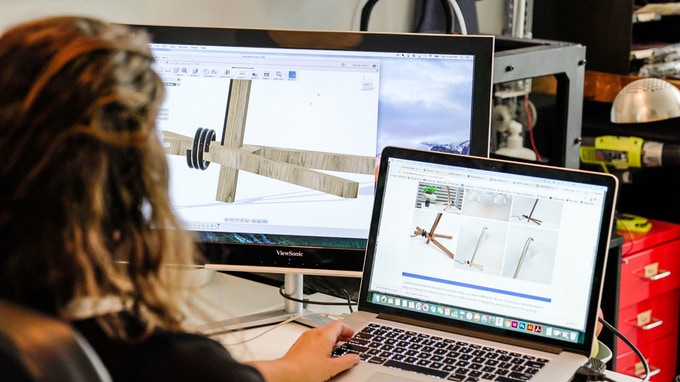 Danielle Trofe in her studio in Industry City

“The overall goal of the Mushroom Lamp is to challenge and change our ideas of what interior products are made from, how they’re made, and ultimately where they will end up,” Danielle told us. “We want to disrupt not only the way in which we manufacture goods, but how consumers participate with interior objects.”

Grown—not made—using Ecovative’s incredible blend of mushroom mycelium and agricultural waste sourced from regional farmers, Danielle’s Mushroom Lamp is a truly sustainable (and, we confess, slightly geeky) answer to high-end lighting. The mycelium material used to craft the lampshade is 100% biodegradable, and, if broken into tiny pieces and left outdoors, would “return to the earth” in… oh, a month or so. Its wood base, too, is sustainably sourced, made from lumber salvaged from aging trees by New York Heartwoods in Kingston, New York. If you’re the type of person who cringes at the mere thought of plastics, this one’s for you.

So what drove Danielle to work with mycelium? Her inspiration boiled down to a single question: “How do I reconnect people with nature, especially in urban environments?” Flowers weren’t the answer, though she has designed larger-than-life indoor planters before. Instead, she turned to “nature’s glue,” the fast-growing, filamentous root structure attached to a mushroom’s fruiting body—the stuff you see in grocery stores—for the solution. Mycelium, as we’ve established, grows, and it does so on an impressive, almost tough-to-believe scale. In only one cubic inch of the lampshade that comes pre-grown with your Mushroom Lamp, up to 8 miles of continuous hyphae—an even-fancier word for “strands of mycelium,” activated by moisture—bind Ecovative’s agricultural byproduct together, forming a solid mass.

If that’s not impressive enough for you, consider the following. A network of mycelium found in Oregon clocks in at 2,400 acres, the size of over 1,600 football fields, which means it may be the largest living organism ever found. This stuff may fly under the radar, but that doesn’t mean that it’s not a big deal. 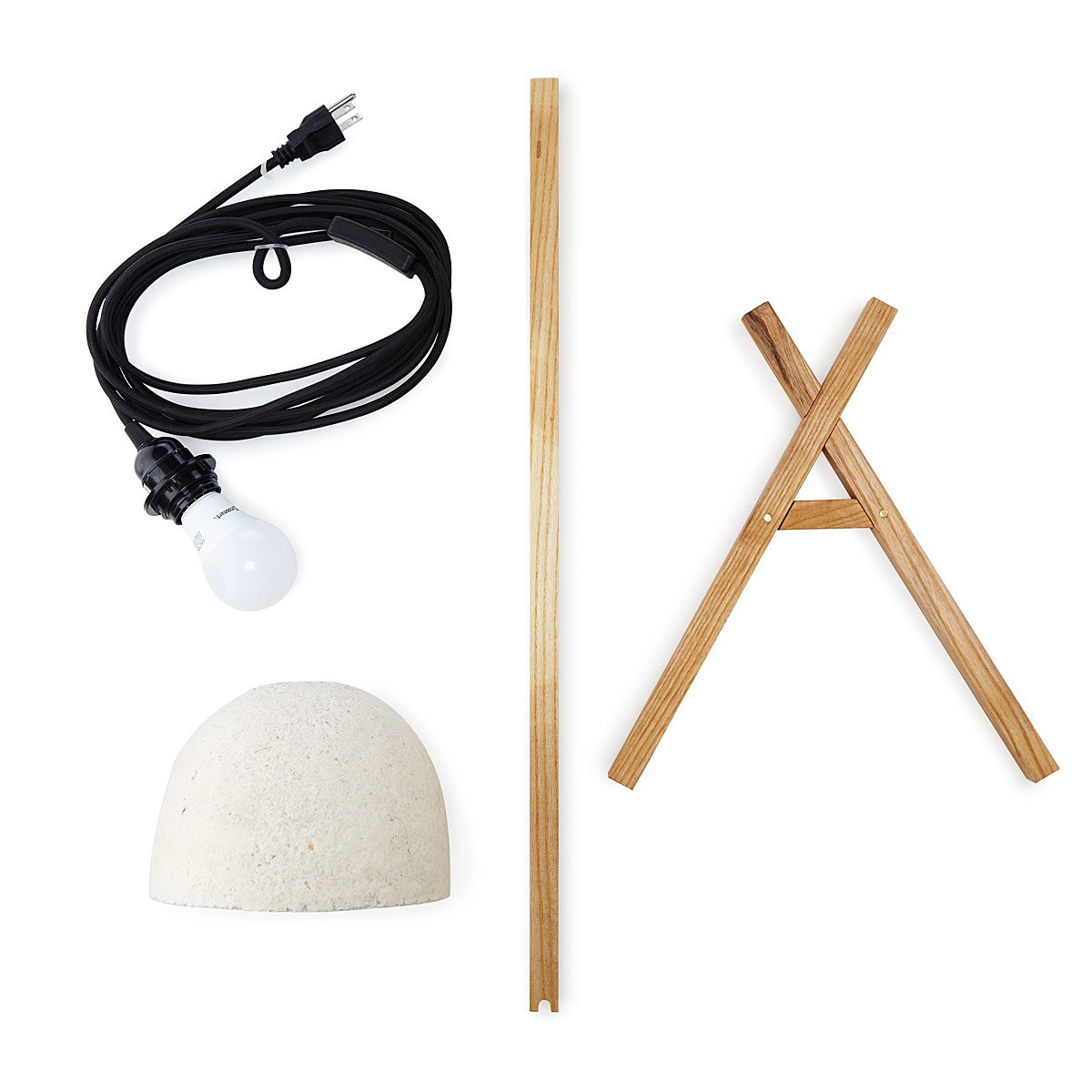 Convinced? We are, too, and that’s why we’re toasting Danielle’s innovations. “I’ve always felt deeply connected with the natural world,” she told us, “and living and working in Brooklyn, New York, doesn’t necessarily facilitate an interconnectedness.” Despite the coolness of our industrial surroundings a stone’s throw from Danielle’s studio, we have to admit, we’re picking up what she’s putting down.

“We believe that this technology is not just for scientists, biologists, researchers in a lab—it’s for everyone,” she continued, reflecting on the benefits of mycelium. “And we want to reach as many people as possible to cultivate a community around bringing biology home.”

Now, thanks to Danielle’s Mushroom Lamp, becoming a part of that community is easier than ever. Within the mere moments required to assemble your lamp, you’ll have brought your fair share of nature’s magic into your very own home, no care required. That basically makes you a biologist, right? We think so. A very stylish one!

Our Favorite Products This Week