Khalil Ahmed, right, and a fellow metalworker crafting kitties just outside of Moradabad.

Moradabad, India, is a big city. Situated on the banks of the Ramganga River, it boasts a population of nearly 900,000 and an active handicrafts industry that accounts for a significant portion of the country’s artisan exports. Though it’s best known for its brass wares, local workers craft a wide variety of goods for international distribution, from handmade paper notebooks to mosaic vases made from discarded glass. And in the atelier of Khalil Ahmed, an ironworker stationed a mere 12 kilometers from Moradabad proper, Clarissa the Curious Cat Planter comes to life. 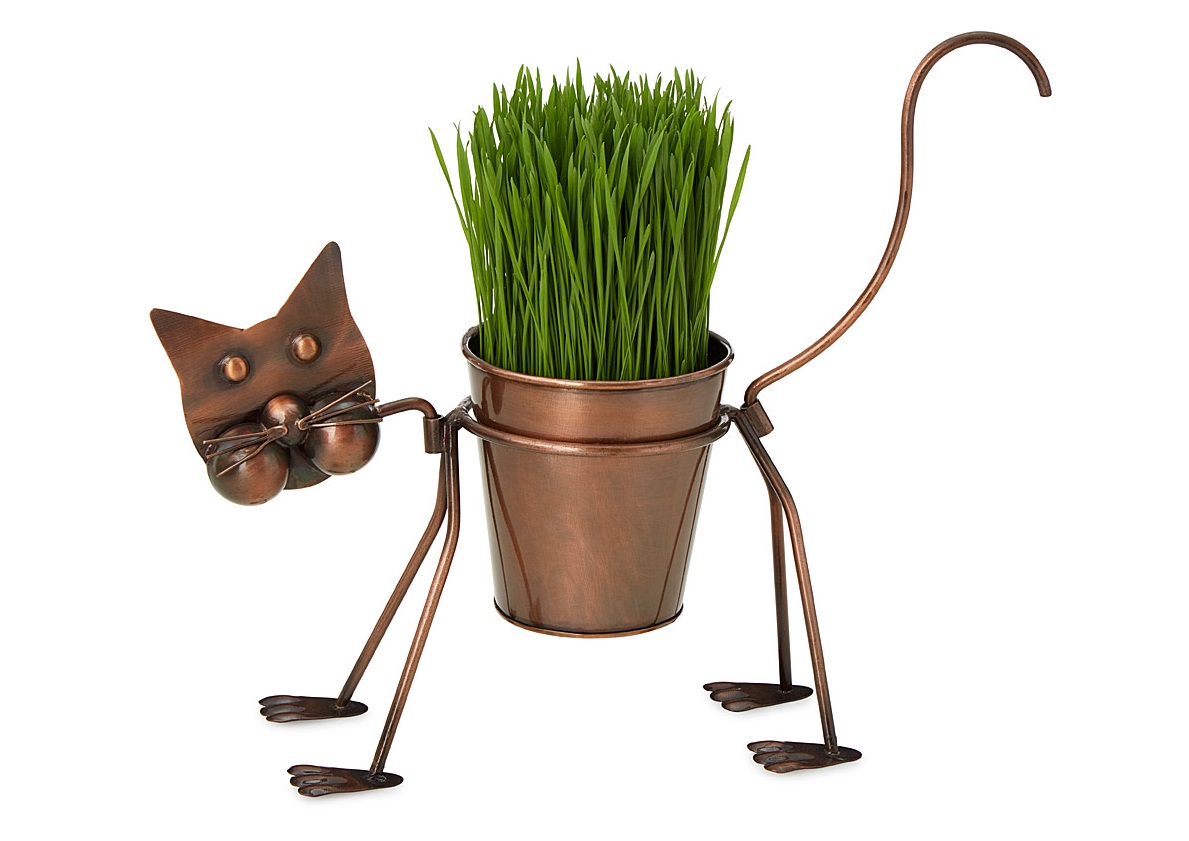 When you first lay eyes on Clarissa, you’re probably struck by the cuteness of her little iron nose, or the artful curve of her accompanying tail. What you likely don’t realize is that Clarissa’s cuddly (if metallic) exterior does a whole lot of good beyond the obvious act of putting a smile on your face. Her creator, Khalil, is part of a growing group of local artisans that benefit from the support of an organization known as Noah’s Ark, an international export house that’s been serving the area for nearly 30 years under the watchful eye of Moradabad native Samuel Masih. 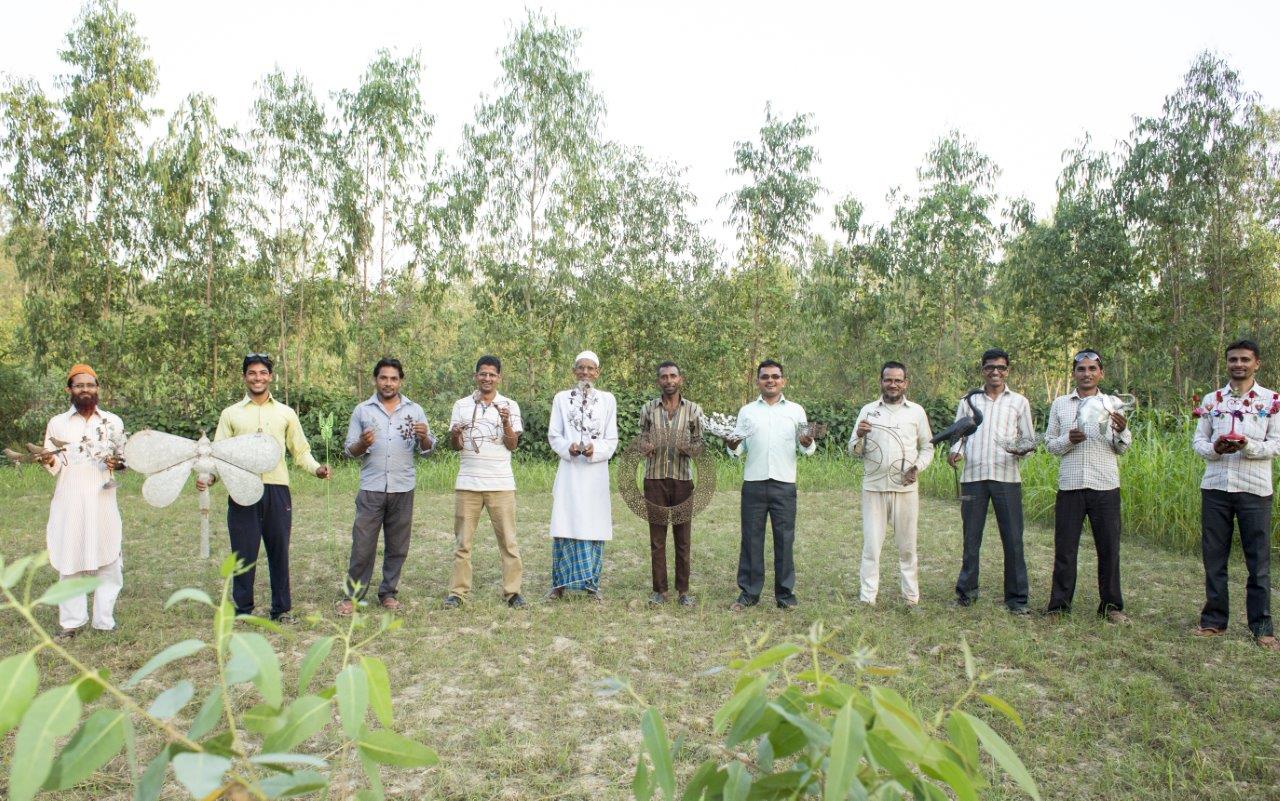 Employees of Khalil’s workshop hold up their handiwork (and smile for the camera).

No stranger to the handicrafts community, Samuel is a native of the area. “After completing my college, I started working in the same industry,” he says. “I come from Moradabad, which was a brass town 30 year[s] back.” Once he started out, however, Samuel noticed that the treatment many workers faced was unfair. They were underpaid, with few benefits, if any, and their quality of life suffered greatly as a result. “I felt that something should be done for the grassroots artisans who were very much underprivileged,” he continues. “All this gave me an idea that we should start a business for the welfare of the artisans and invest [a] certain percentage of our profit [in] capacity building, education, sanitation, and health-related projects for the artisans.”

And so Samuel got to work founding an organization that sought to empower, not exploit, local artisans. A series of core objectives guided him: A desire to give producers a leg up and assist them in establishing their own workshops; a drive to educate artisans on the importance of fair working conditions; a commitment to fair and equal pay; and a stand against child labor, to name only a few. Years before the World Fair Trade Organization had even formed, Samuel was working to enact fair trade principles in his community and, by extension, uplifting local artisans. 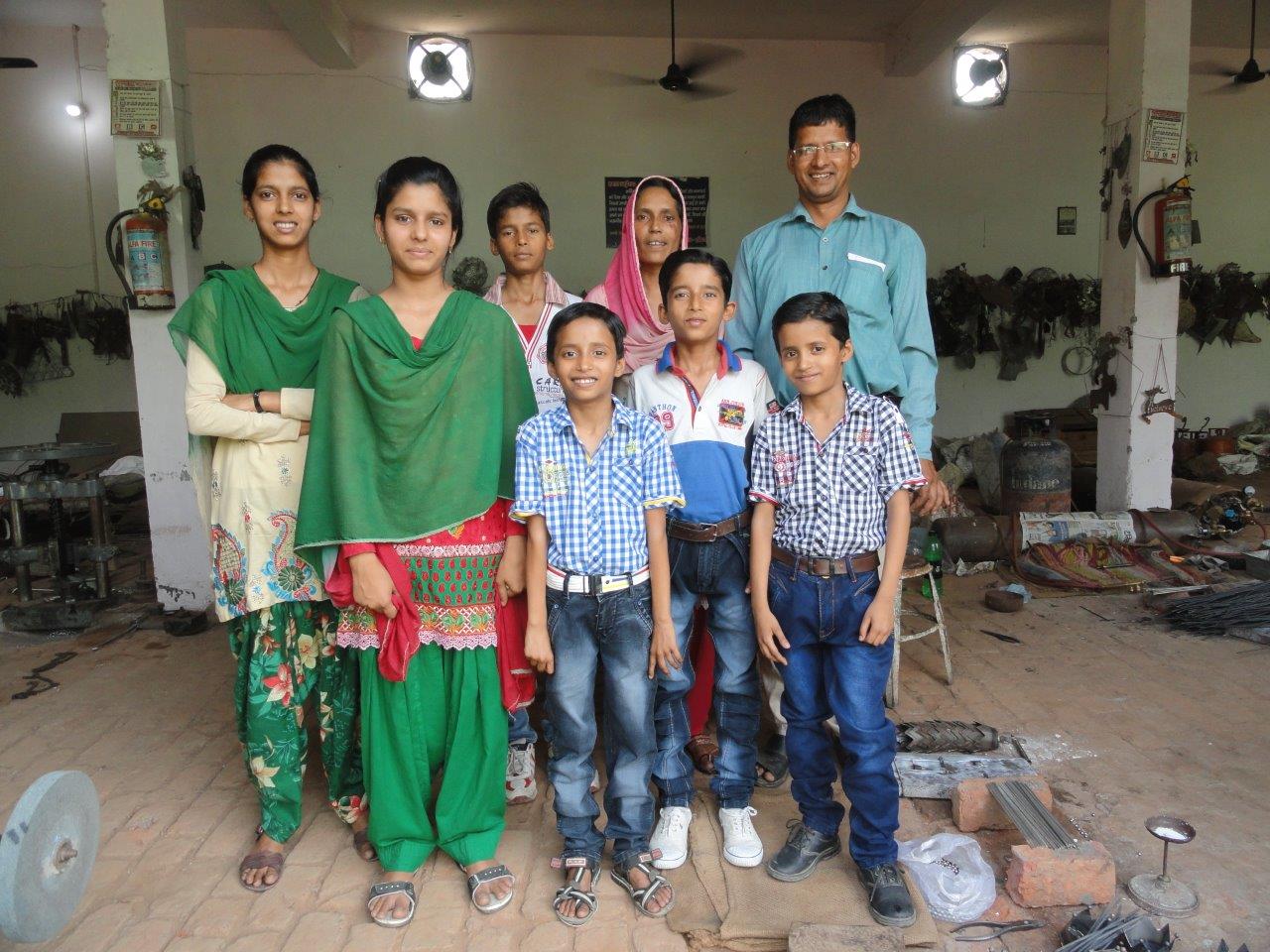 “I think during [the] last 30 [years],” says Samuel, “we could achieve pretty much what we targeted.” And the organization’s successes are numerous. “We established 20–22 artisans’ workshops, every year educating almost 350 children belonging to [the] artisan community.” Samuel and his team also built toilets and secured a clean water supply for his artisans’ homes and workshops. But, says Samuel, “Our proudest moment was when some of the artisans’ children were able to join higher studies and in 2016 when we were able to move our new 30,000 square foot facility for which we had saved money for all these years.” That’s a lot of square feet—and nothing to sneeze at.

But that’s not the whole story, either. In 2000, some 22 years after the organization fulfilled its first major international order, Samuel and his team founded an NGO, Noah’s Ark Artisan & Welfare Society, to be dedicated fully to social work, including initiatives to provide clean water and educational opportunities to members of the larger Moradabad community. “Every year,” says Samuel, “we invest almost 11% of our net profit in social projects and these are not confined to artisans only. Many of our artisans are in villages and we invite all the people for health camps and their children for schooling.” 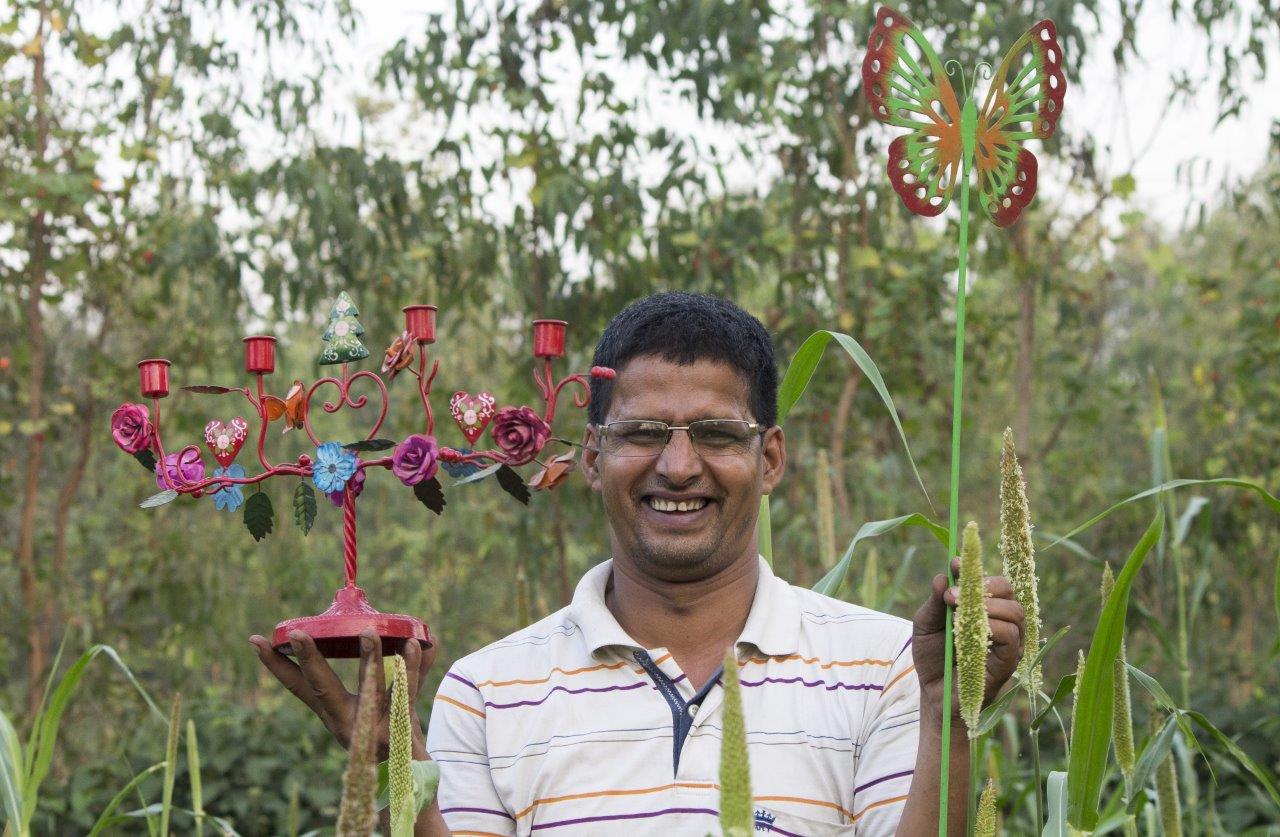 Khalil with another cheerful piece of ironwork.

As for Khalil, Samuel insists the organization’s choice to support him was simple. “We initially supported [him] to establish [a] workshop,” he says, “as he is a good artisan.” Their support, which began with small orders, eventually evolved to include assistance in purchasing raw materials, investment in machinery, and the acquisition of a vehicle. Buoyed by these efforts, Khalil now works exclusively with Noah’s Ark, where he has been a fixture for over a decade.

And Clarissa? She does a bit of extra good, too. “The artisans around Moradabad have started making handicrafts out of used metals, recycled candy wrappers, wood, broken glass, tires, etc.,” Samuel notes. “But still very few artisans are using recycled materials as [it] takes lots of time to make them perfect to use.” Made from recycled iron, Clarissa’s a promising step in the right direction for an organization that’s striving to produce goods in an environmentally friendly way. Plus… like we said… she’s pretty darn cute.