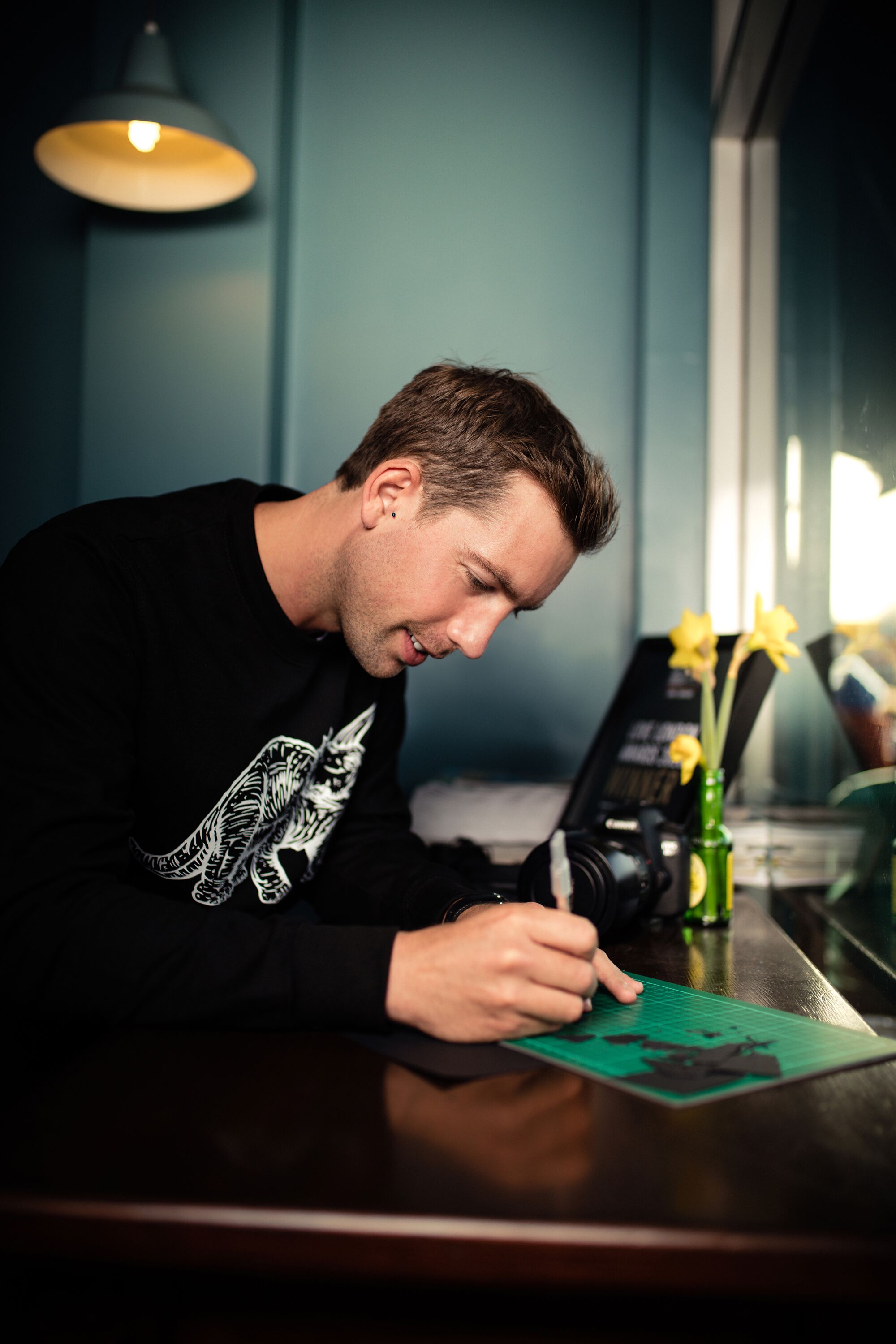 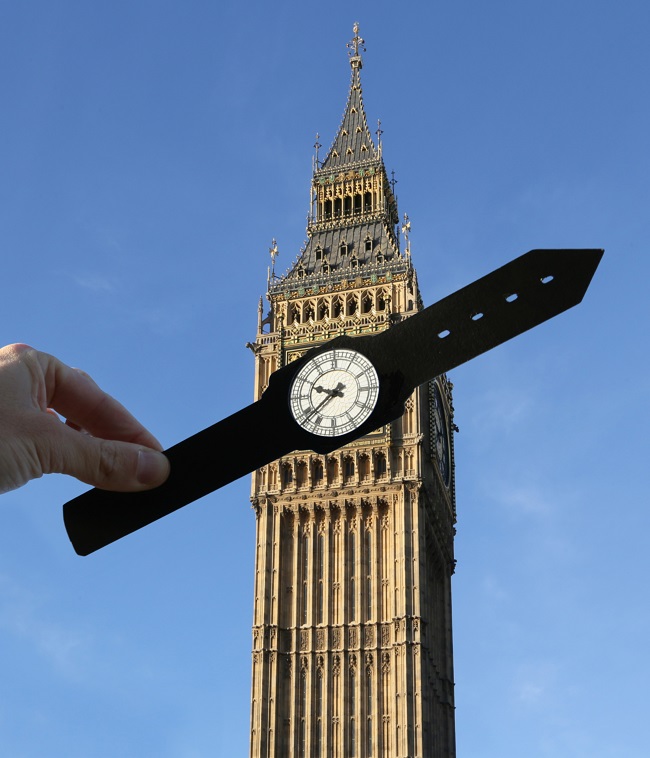 I’m curious to hear more about your process. Could you describe how you work through each cut-out? Do you start with a location in mind, or create a piece, then scout?

When I started this hobby it used to be a case of me walking around my hometown of London until I had an idea, then I’d rush home, make the cut-out, and go back with my camera and the cut-out. Now that I travel a lot more I’ve had to be a bit more strategic, so I do a lot of research before I travel somewhere, looking into architecture, landmarks, unusual sights, etc. Then I develop ideas around everything that I’ve researched and make the cut-outs before I travel, but every now and then I still get inspired on the spot so I still travel with my equipment. 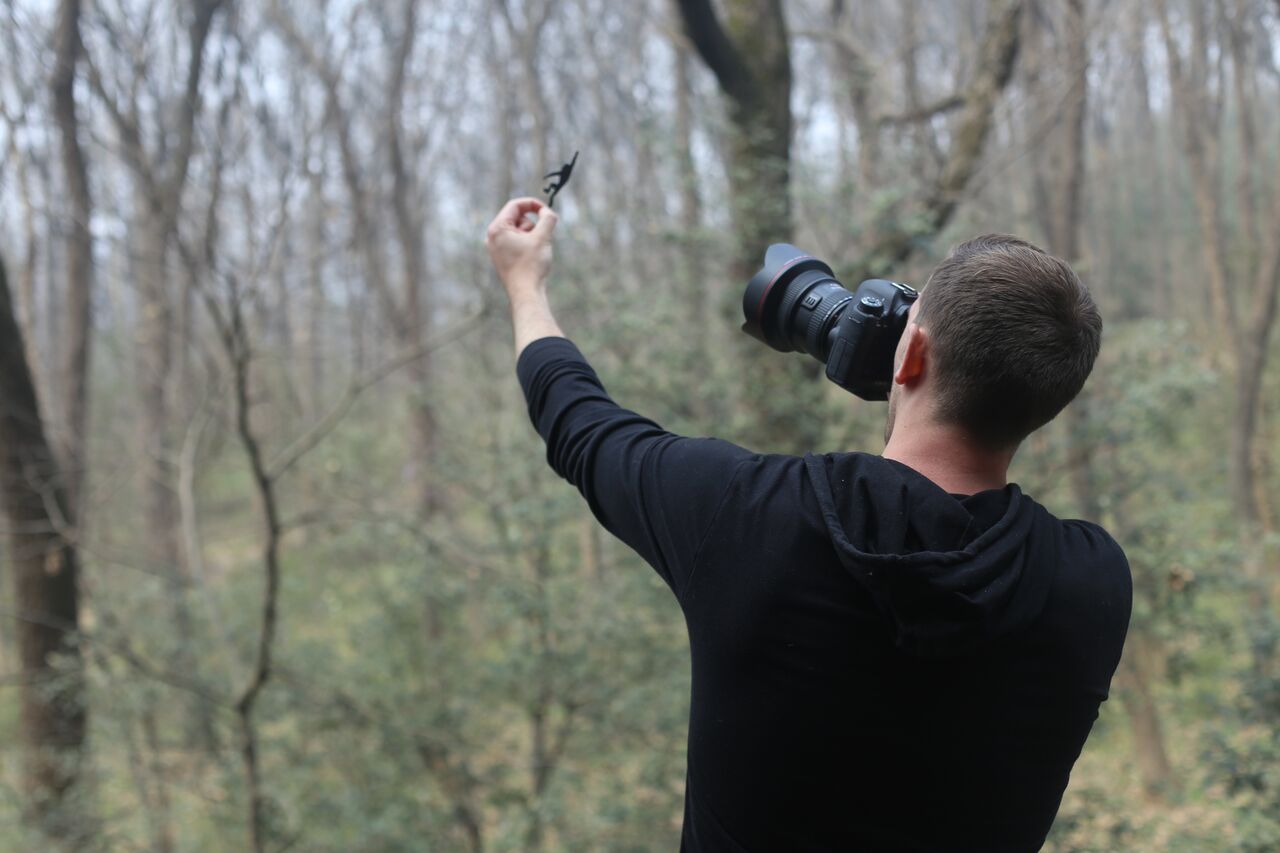 Do you have any favorite materials—maybe a type of paper or brand of scissors or knives?

I experimented with different types of [paper] thickness, but it’s a tricky balance—anything too thick becomes difficult to cut with detail but anything too thin doesn’t stand up well to wind. I use card made by a British company which is 240gm thick which seems to work perfectly for me. In terms of tools, it’s mostly just a scalpel knife, but I do have a few other small gimmicks which help with cutting circles and curves.

Do you work out of a studio? If so, what do you keep around for inspiration?

I actually still work from my bedroom, although I’m fairly nomadic at the moment so I haven’t had a chance to really spend much time there lately. I wish I could say I had a tidy desk and an organized calendar, but it’s a typical creative’s desk—a total mess. There’s piles of failed cut-outs, post-it notes with vague ideas on, re-written to do lists, and plenty of pens to doodle ideas with. 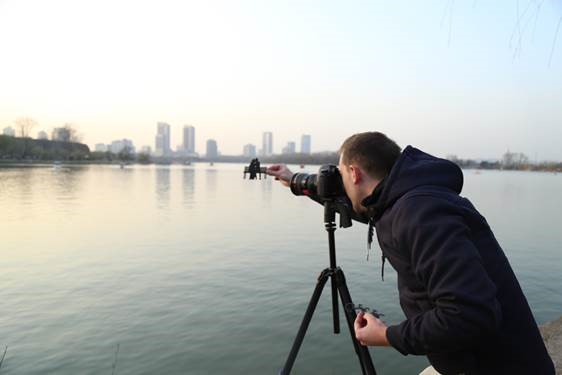 You’re from London, but you photograph your cut-outs all over the world. Is there anywhere that you haven’t yet been where you’d be especially excited to shoot? What has been your favorite spot so far?

I think Tokyo would be the ultimate playground for what I do. Its architecture, culture, food, and quirkiness would feed a range of ideas for me, I’m sure. I think it would inspire me in the same way that Dubai did—it had such bold and confident skyline that kept me entertained and busy with ideas for the whole time I was there.

You’ve mentioned that you get a kick out of people approaching you as you’re shooting your creations. Do you have any favorite interactions you could tell us about?

I really like that I’m only recognized when I have one hand in the air holding a piece of paper in front of my camera. At any other time no one who is familiar with my work would recognize me. It’s like being able to step in and out of a disguise. I have a few people come up to me in London when I’m out and about there, but the first time it happened abroad—in Hong Kong—I was really surprised. At that point it hit me how my audience really was a worldwide audience. 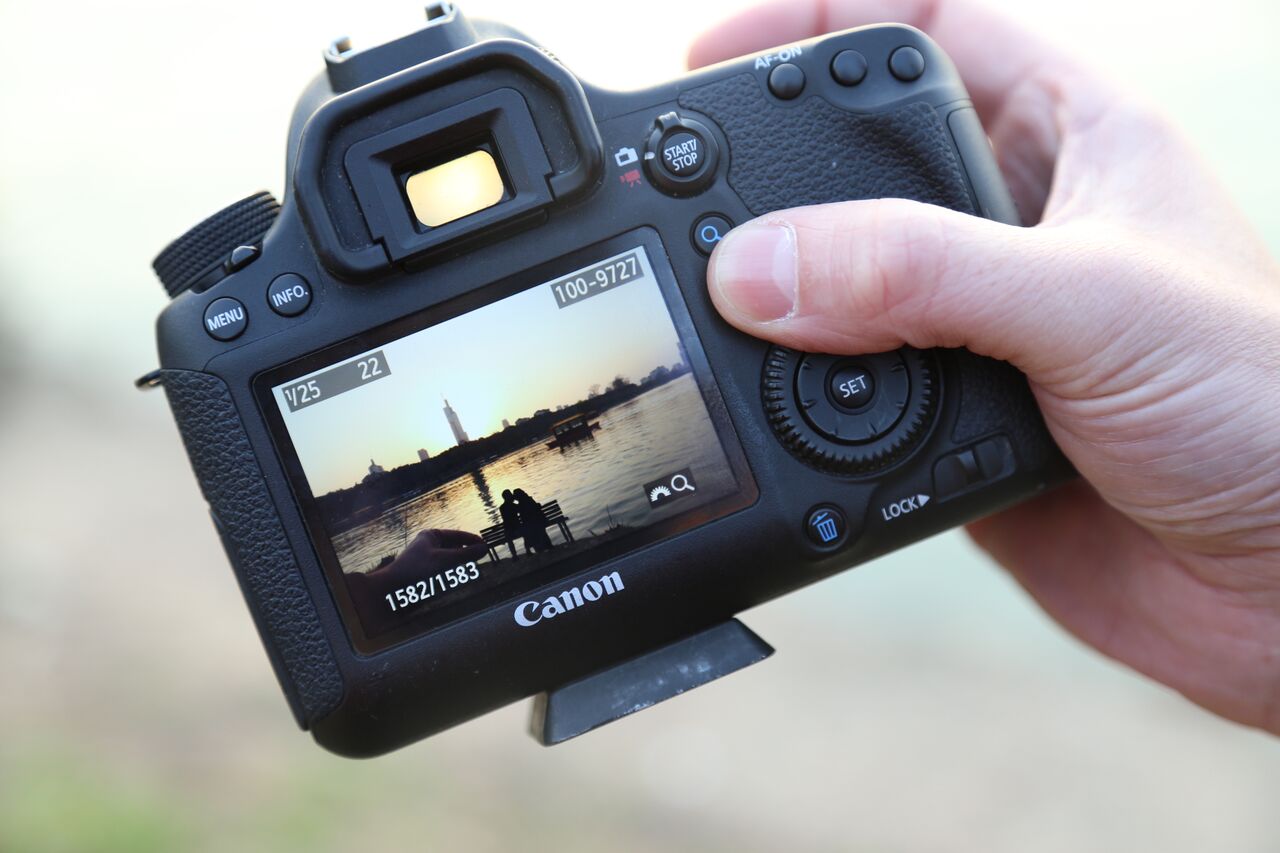 You’ve been called a “non-destructive vandal” in the past—do you think of your work as a kind of street art?

I suppose it is a sort of street art, but my issue with some street art is that it is ultimately vandalism which doesn’t always embellish a place in a positive way. My approach was that I’m only “vandalizing” the scenery in my viewfinder, and then I’m simply sharing my POV, so if you like it you can follow my Instagram and see more, but if you don’t then you don’t have to see it. My process was never as thought out as that, but I think it’s allowed me to do some slightly disruptive/controversial images without getting into too much trouble. 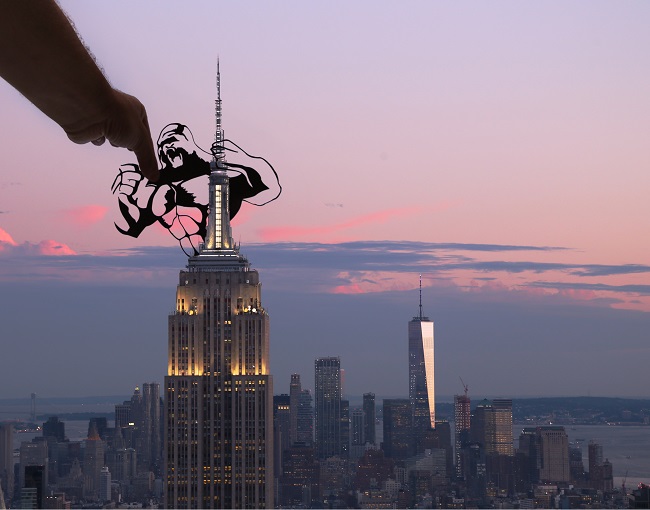 What’s been your favorite cut-out so far—and which was the most difficult to create?

I’ve stopped giving an answer to what one my favorite is simply because it keeps changing. There’s a few where I’ve surprised myself, where I’m not even sure where the idea came from! In terms of the most difficult, the cut-outs which are flimsy are both tricky to cut but also hold up and keep still when I’m photographing them. King of the Concrete Jungle was a tricky one because not only was it a flimsy cut-out, it was taken at Top of The Rock, which, as anyone who’s been up there at sunset will know, is full of people trying to get the best vantage point. I’m quite tall though, so that definitely helps in those situations.

Uncommon Knowledge: What Planet Is Too Hot to Handle?

Our Guide to Third Anniversary Gifts: A Love as Tough as Leather