Touch, Technology, and Giving Back: Meet the Creators of the
Long Distance Friendship Lamp 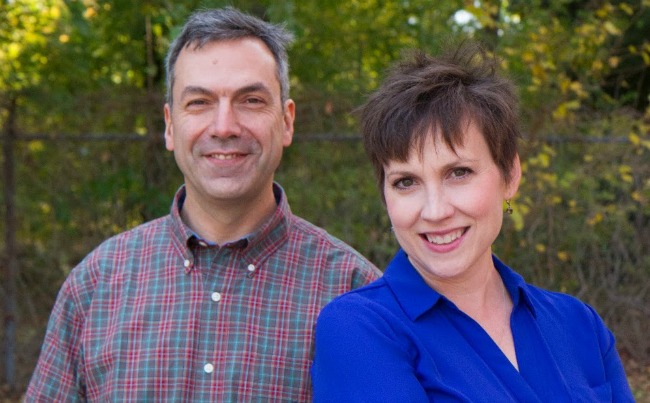 Imagine a technology that allows you to show loved ones you’re thinking of them–not with a phone call, not with a text, but with a soft, colorful glow. John Harrison and Vanessa Whalen, a married couple looking to foster unique connections with their faraway family members, made it happen with their Long Distance Friendship Lamps. With just a simple tap on the top of your touch lamp, you can illuminate another connected lamp anywhere around the world—sending a message of love without words. 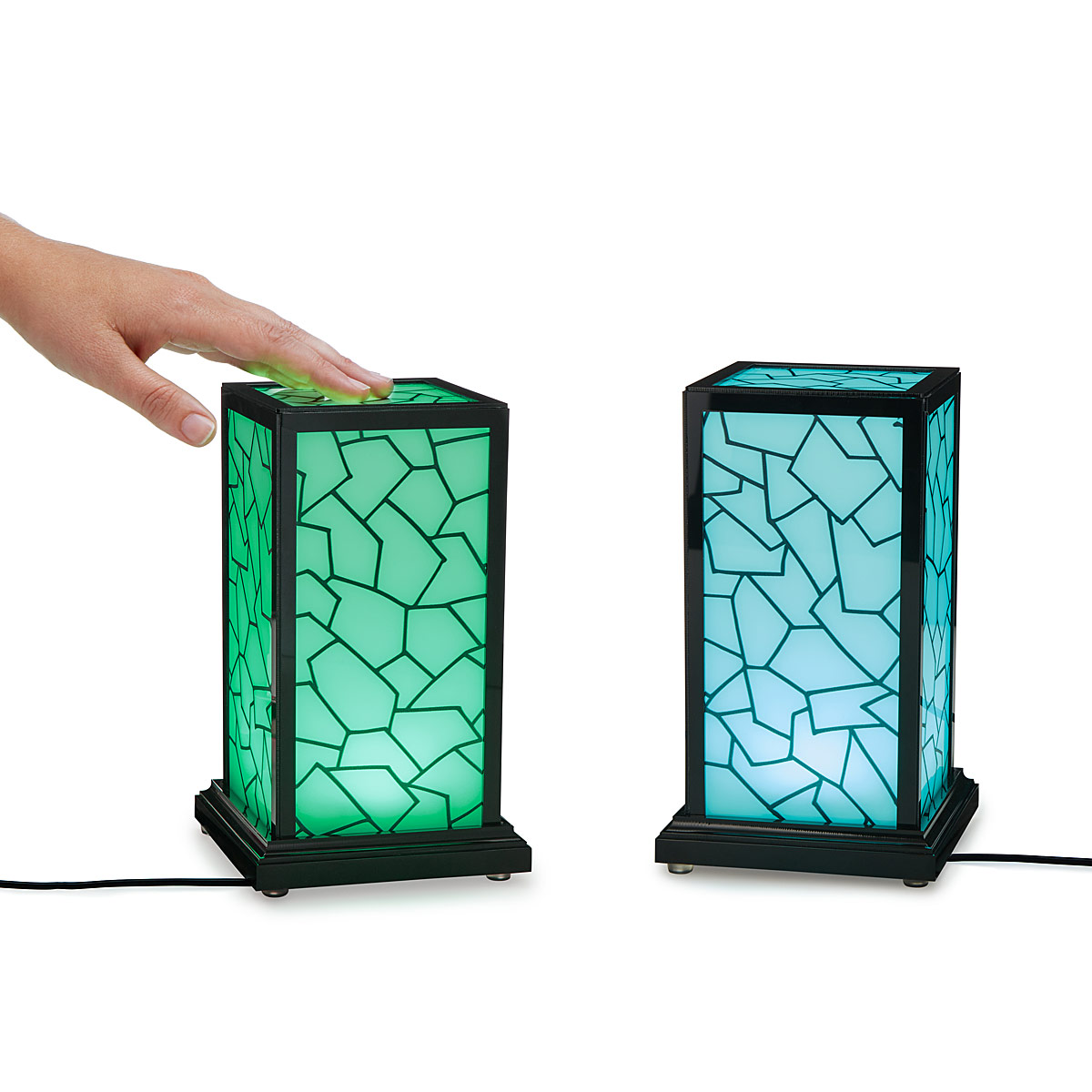 Here at UncommonGoods, John and Vanessa’s lamps have proven to be a huge hit, connecting faraway friends and family members with a little bit of Wi-Fi-powered magic. Read on to hear from John about the winding path he took to get to the Friendship Lamp’s creation—from playing the violin professionally, to working as an electrical engineer, to working closely with non-profit organizations to bring his and Vanessa’s shining idea to families and friends all over the world.

Tell us about your background. Did you always know you wanted to be an artist/maker?

Terms like “artist” and “maker” have never been clear to me. I’ve always loved to build stuff. I love to learn new things. I was lucky to have great parents who encouraged me to create and explore. If somebody wants to call me an artist or maker, I’m flattered. But somehow the idea of achieving these titles has been confusing to me and I’d rather focus on the journey.

Actually, when people use the term “artist” for me they are usually referring to my music background, not the work you see at UncommonGoods. I started playing the violin at age 5 and it has been a primary focus for me throughout my life. At age 11 I played the Mendelssohn Concerto with the Boston Pops. Later in life I played in a professional string quartet and did a lot of concerts as a member of the Boston Symphony Orchestra and Boston Pops. I taught violin for many years as a tenured professor at Wichita State University and I am still the Concertmaster (first violinist) of the Wichita Symphony Orchestra in Wichita, KS. 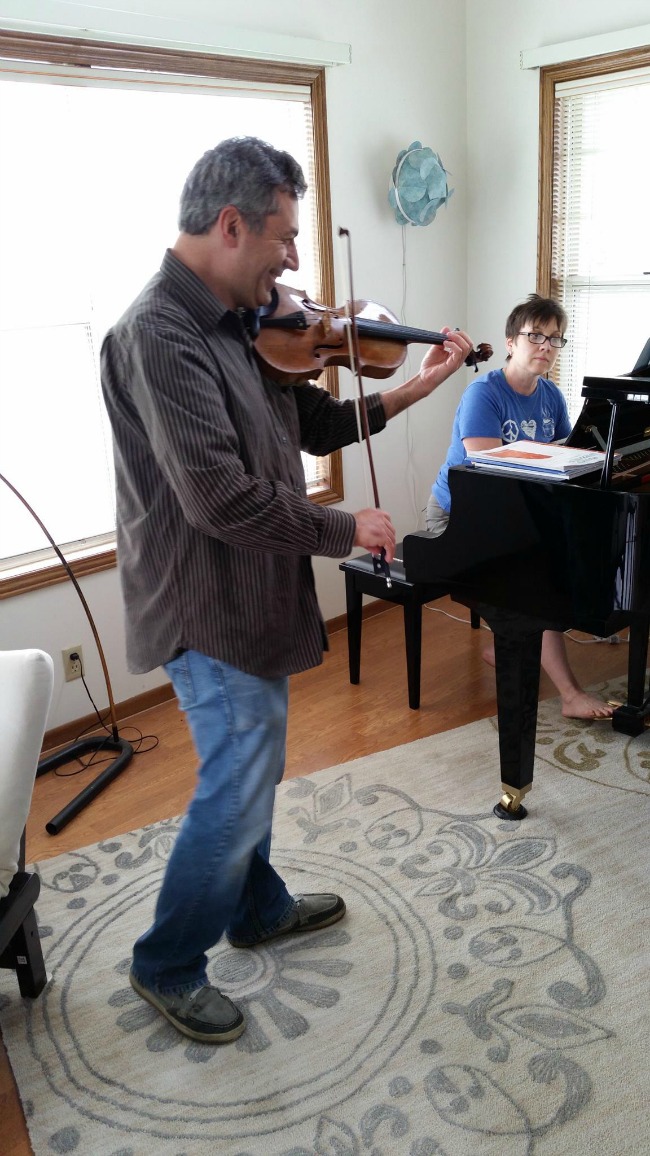 While music gave me a voice for emotion, I have always loved problem solving. That has led to an active pursuit of mathematics, electrical engineering, and computer programming. I was lucky to have a dad who thought the most fun thing in the world was to teach me math. So even through middle school I learned math as a fun game I did with my dad in the evenings. That sense of play—that is what has led me down the engineering path.

What was the most exciting thing about becoming a professional artist/maker?

I see magic everywhere I look, but making something—then I get to touch the magic. This is partly why I’ve always been more attracted to computer programming and electrical engineering than other forms of engineering like mechanical engineering. You never get to see the electrons traveling inside all of the circuits and wires that make electrical things do what they do. Nobody can show it to you. They can only talk in metaphors and you get to see the result. Computer code is the same. Nobody sees the code. They only see a representative description of it on a screen. But you can’t actually see it. Nobody can. It’s magic. I love that.

I come from a family with a great respect for education and for thought. And while I embrace that respect as well, I have found so much personal satisfaction in working with my hands. Actually building something, creating something. There’s just nothing like that sense of relationship you develop with the things you make.

What first inspired you to first create the Long Distance Friendship Lamp, and how did your original idea grow?

The Long Distance Friendship Lamp came from two seemingly unrelated personal challenges. It was November 2014 and I was struggling with what to get my family for holiday presents. My family lives in different states and countries and we aren’t the best at staying in touch. On top of it, I’m sorry to say that there are members of my family that more often than not are antagonistic to each other when they do communicate. I had been wondering, “How can we just remember that we are family? How can we keep the feeling of family without the words that seem to confuse or cause problems?” 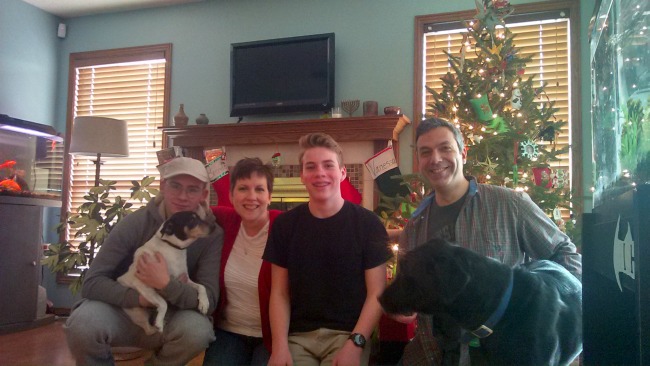 From left to right, the family: Brendan, Lucky, Vanessa, Sean, Buddy, and John

Then another thing happened: First, as background, I am one of the founders for a makerspace in Wichita called MakeICT. One of the great things about being at a makerspace is that companies trying to promote products that makers might use sometimes give free samples to makerspaces in the hopes that those makers will develop cool things, thus helping the community at large learn how cool the new product is. Such a company, now called Particle, sent MakeICT some Wi-Fi modules. They gave them to us for free but asked us in exchange to publish the results of what we built with them. I’m always up for a challenge, so I took some to play with. I was dabbling in my basement, playing with them the way a kid plays with Lego. Gradually the idea started to emerge.

And by the way, I did publish my results.

Tell us more about how your lamps are made. How did you start working with the Wichita Women’s Initiative Network?

One unique property of the lamps is that they sense your touch, as opposed to being triggered by a button. This distinction is an important one to me: buttons are digital and cold. In fact, despite my love for computers and electronics, most digital interfaces such as buttons, keyboards, and mice I find disappointing because of their lack of subtlety and expression. Perhaps my music background is influencing me here. Whatever the case, I felt the lamps needed to react to something a bit more sensory and magical than a button. So the touch part and the vagueness that accompanies it was a concept I was committed to from the beginning.

The touch technology uses a concept called capacitive sensing. You may never have heard of it, but it’s been around for awhile. One of my favorite uses for it is the Theremin, the world’s first electronic musical instrument. And Clara Rockmore is a master of the instrument. Her playing brings tears to my eyes…but I digress. The point is with the concept of touch being integral to the idea, the shade needed to be more than just a shell that diffused light. It needed to be a sensor as well. So the trim has instilled conductive properties. That design is very intentional. 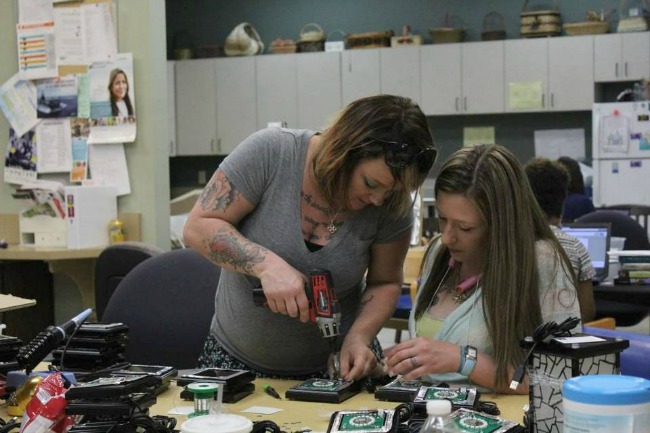 Tabitha and Heather, who worked with John and Vanessa through WIN at the time of our initial interview, assembling a base

We initially partnered with the participants at the Women’s Initiative Network (WIN) to assemble the parts together. We knew that we wanted the product to add beauty to the world, not just in what it offers the consumer but in how it is made. This is an ongoing goal and we continue to make steps in this direction. But one part of this equation was to have the lamps assembled by a non-profit in some way that would be of benefit to the participants and the community.

We talked to several non-profits and the fit at WIN was perfect. For starters the staff had the same exploratory attitude and sense of adventure that we had and that a venture like this needs. Also, I am close with lawyers who work for Legal Aid and Legal Services. Both organizations often legally represent women who are victims of domestic violence. I have heard the stories. I was so happy we found a way to perhaps help contribute. 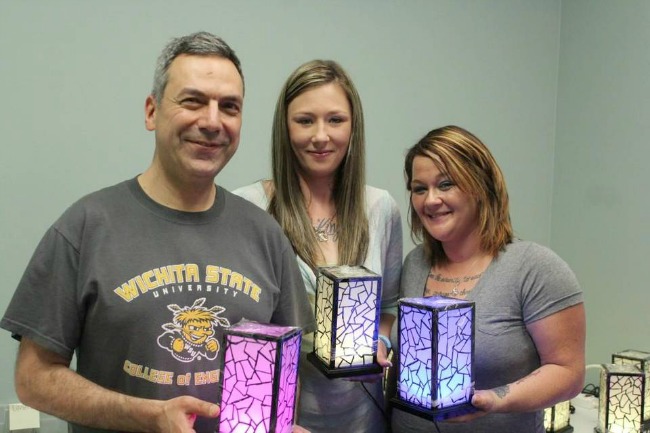 In working with the participants at WIN on a daily basis, my understanding of their struggles deepened. I am humbled by what they have overcome. This life experience has been an invaluable one for me.

*Editor’s note: WIN participants no longer play the same role in assembling John and Vanessa’s Friendship Lamps, though the organization is still involved in their creation, programming boards and performing occasional subassembly of bases. John and Vanessa now have their own shop and warehouse with five full-time employees, plus one part-timer. Two of those full-time employees are refugees who linked up with John and Vanessa thanks to the International Rescue Committee, who also happen to be one of our Better to Give partners. Read more about the IRC here.

Is there a trinket, talisman, or other inspirational object you keep near as you work? If so, what is it and what does it mean to you?

I don’t have anything like that. The closest thing I probably have is my laptop. How sad is that? 🙂

What quote or mantra keeps you motivated?

I am not a religious person in the traditional sense of the word. Having said that, this famous quote from Marianne Williamson has been an inspiration to me for decades:

“Our deepest fear is not that we are inadequate. Our deepest fear is that we are powerful beyond measure. It is our light, not our darkness that most frightens us. We ask ourselves, Who am I to be brilliant, gorgeous, talented, fabulous? Actually, who are you not to be? You are a child of God. Your playing small does not serve the world. There is nothing enlightened about shrinking so that other people won’t feel insecure around you. We are all meant to shine, as children do. We were born to make manifest the glory of God that is within us. It’s not just in some of us; it’s in everyone. And as we let our own light shine, we unconsciously give other people permission to do the same. As we are liberated from our own fear, our presence automatically liberates others.”

Get a set of Long Distance Friendship Lamps here »

Our Guide to Fifth Anniversary Gifts: Knock on Wood

Our Guide to Sixth Anniversary Gifts: An Ironclad Bond… That’s Sweet as Candy