Ever wondered what a Unicorn’s horn is called? Are unicorns real, or is the mighty beast just a myth? How do you catch a unicorn? We rounded up 37 enchanting facts about everyone’s favorite elusive horned horse to make it easy to find everything you’ve ever wanted to know about unicorns in one magical article.

1
The gleaming, magical horn that’s captured our hearts is officially called an alicorn. 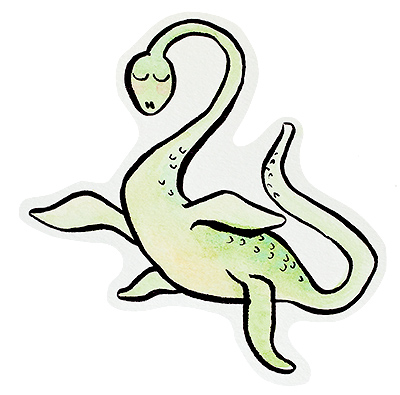 3
While Nessie may still be the Highlands’ most notable mythical creature, the Unicorn is the national animal of Scotland.
4
Scots celebrate the majestic equine on National Unicorn Day each April 9.
5
This love of the magnificent creature goes way back. Scotland’s King James III issued a number of coins depicting unicorns from 1460-1488. 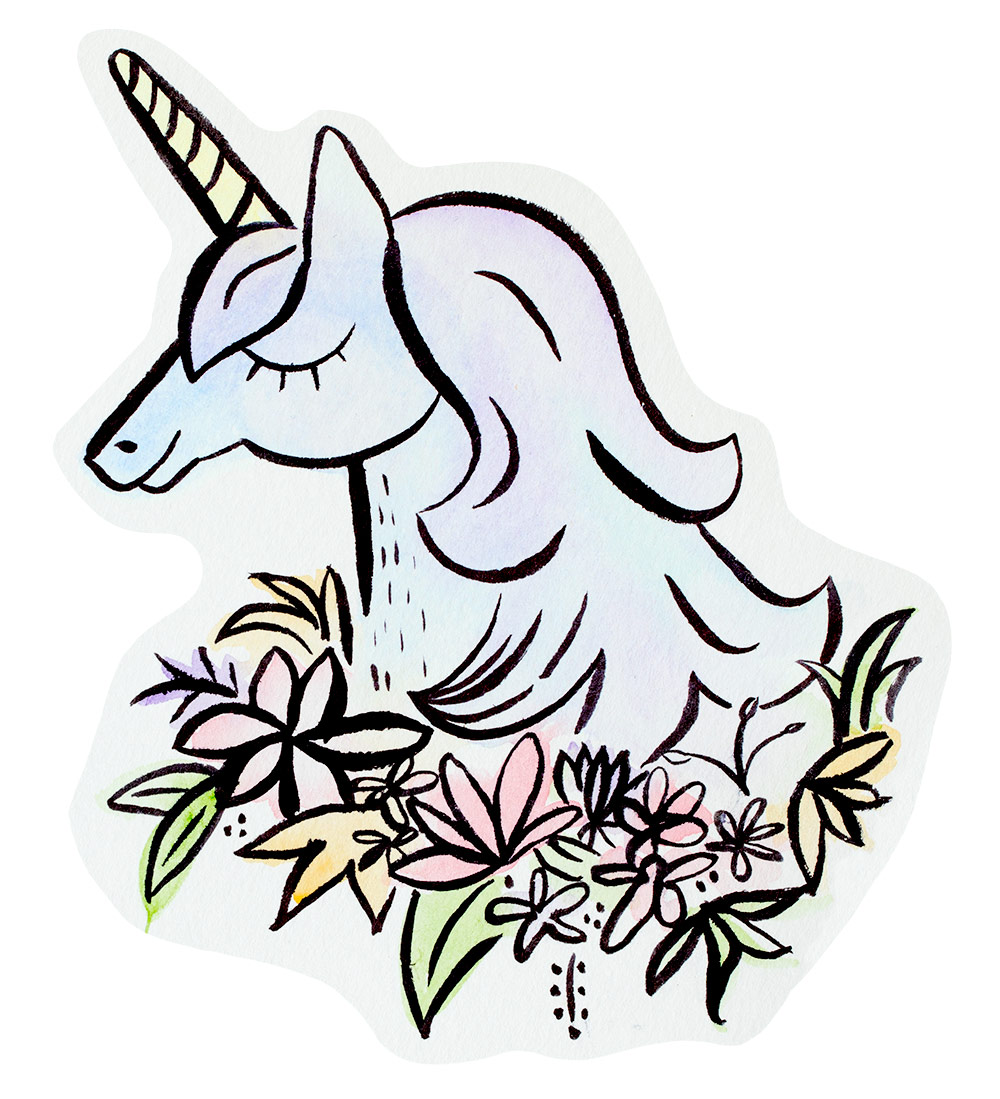 6
Scotland isn’t the only country that gets to celebrate; WhatNationalDayIsIt.com first recognized April 9 as National Unicorn Day in the United States in 2015.
7
In November of 2012, a story circulated that the North Korean government’s official news outlet had released a claim that scientists had “reconfirmed” the location of the final resting place of the unicorn ridden by King Tongmyong, founder of the ancient Goguryeo kingdom.

8
Sadly, there was no unicorn, and the story was in part due to a mistranslation. The Korean Central News Agency’s report referred to the mythical kirin (or qilin), sometimes called a Chinese unicorn, though the kirin is often depicted with two horns.
9
The first-ever depiction of one-horned creatures is often cited as appearing in 15,000 BCE paintings found in the Lascaux Caves in France. It’s likely the paintings are actually of some sort of bovine, with its horns drawn a bit too close together.
10
While traveling through Iran (then Persia) in the 5th century BCE, the Greek physician and historian Ctesias produced the first known written accounts unicorns in Western literature.
11
But it’s likely that the good doctor never actually saw the famed horned horse. He heard tales of a “wild ass” from fellow travelers and described it as having a white body, red head, multi-colored horn (a foot and a half long!), and dark blue eyes. 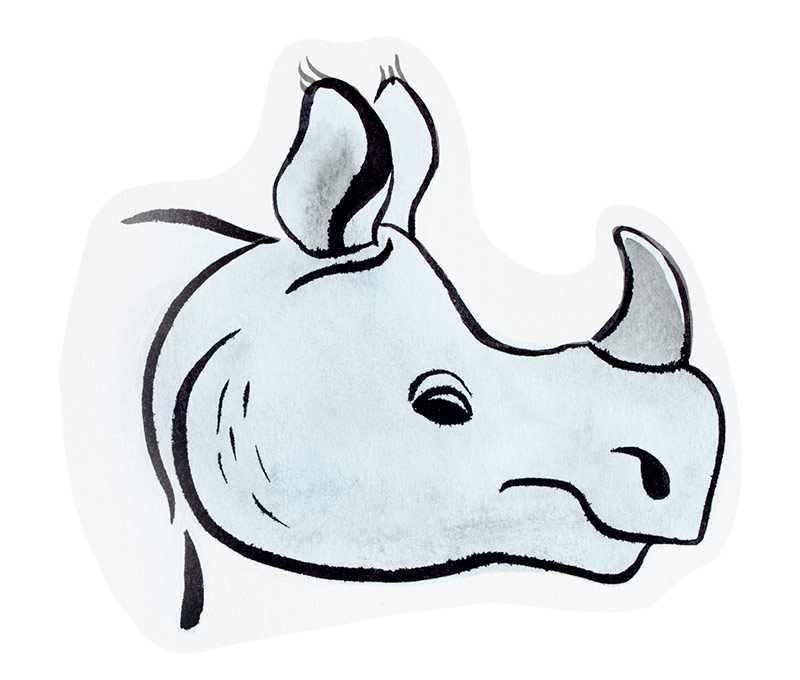 12
In fact, the earliest unicorn tales were likely stories of encounters with the greater one-horned rhino (rhinoceros unicornis…yes, really!).
13
The legend of the unicorn was primarily spread by word of mouth, possibly explaining how a rhino sighting eventually became magical horse beast lore. Purple monkey dishwasher.
14
It’s possible that at least one famed unicorn sighting (if by unicorn you mean rhinoceros) did actually happen. Explorer Marco Polo reportedly encountered rhinos on his travels and he described them as “ugly brutes.”
15
Roman scholar Pliny the Elder also claimed to have seen a unicorn, but it’s unclear whether he was describing a rhino, or just making things up. Pliny’s become known for writing fable misinterpreted as natural history, failing to fact check, and embellishing the truth.
16
Genghis Khan’s reported run-in with a horn-endowed stallion is said to have prevented the invasion of India. The story goes that the unicorn bowed to Khan, who took it as a sign he should turn back his forces. 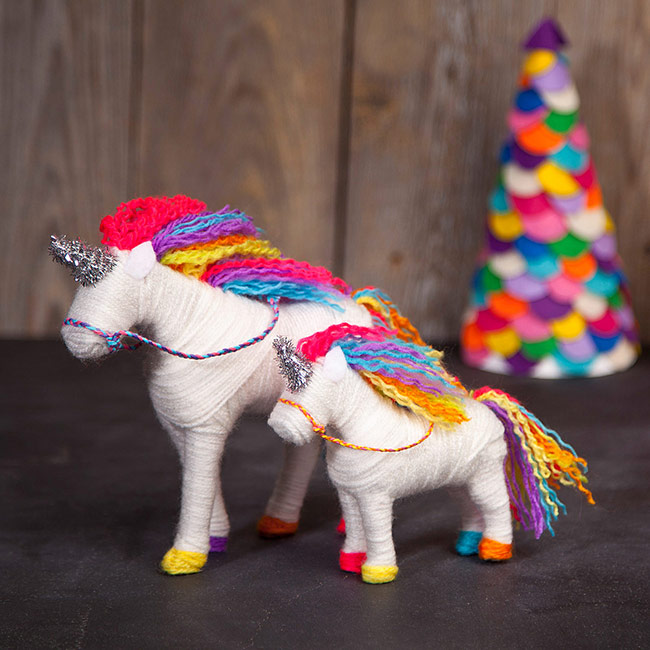 17
While these sightings are now considered ancient history, the first known unicorn-like animal sightings might have happened in prehistoric times. New evidence suggests that Elasmotherium sibiricum, aka the Siberian rhinoceros, may have lived until around 27,000 BCE.
18
The Siberian rhino, sometimes even referred to as the “Siberian unicorn,” was six feet tall, 15 feet long, and weight around 9,000 pounds. Its name, of course, comes from its single massive horn. 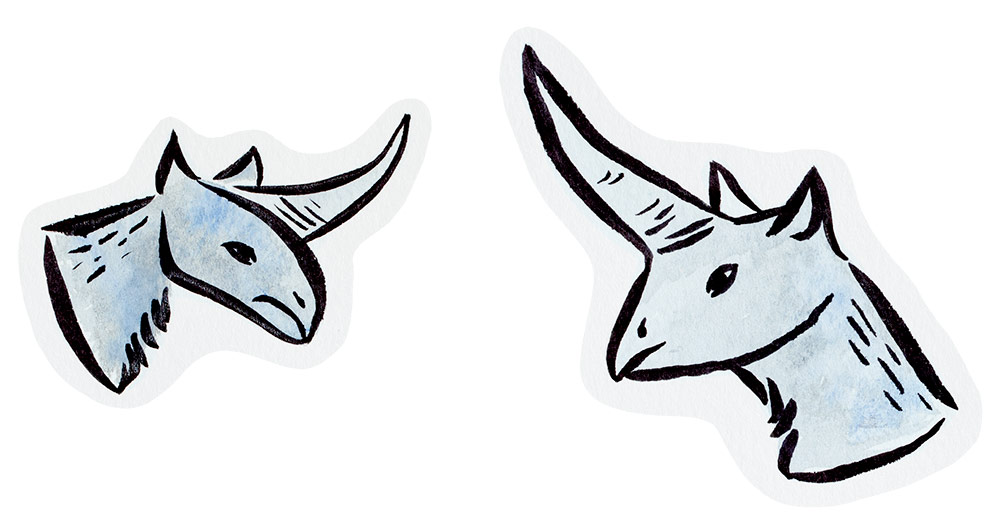 19
Our perception of unicorns changed over time, from angry, ugly monsters to beautiful, noble equine. By the Middle Ages, bestiaries–books chronicling wildlife–included our hoofed and horned friends.
20
Bestiaries often mashed fact and fantasy into complicated collections. Unicorns shared the pages with dog-faced apes, horned serpents, and the infamous manticore.
21
One bit of famous folklore, popularized by medieval tomes, is attributed to Saint Isidore, scholar and Archbishop of Seville. He insisted that one could capture a unicorn by luring it out using a female virgin. All she’d have to do is bare her breast to it, and it would rest its head on her lap–making it an easy catch.
22
Isidore of Seville didn’t stop there. He claimed that the unicorn was the strongest and fiercest of all wild beasts. In “fact” according to the future saint, “[The Unicorn] fights with elephants and kills them by wounding them in the belly.”
23
The unicorn horn trade also got its start during the Middle Ages, likely thanks to Vikings and other Northern traders selling narwhal horns.

24
These exquisite horns were thought to have magical healing properties. Some even believed that ingesting powdered horn or stirring a soon-to-be consumed liquid with a unicorn horn worked as an antidote to poisoning.
25
Alicorn (the horn, not the winged unicorn) myths remained popular long after medieval times. Queen Elizabeth I received a unicorn horn as a gift from the explorer Martin Frobisher. It became known as “The Horn of Windsor.”
26
The Throne of Denmark, constructed in the late 1600s, features spiraling white spokes and legs said to be made of, you guessed it, unicorn horn. You can also probably guess where  these “horns” actually originated: our arctic friend, the narwhal.
27
The King James Bible, completed in 1611, mentions unicorns nine times. However, these references are likely another case of mistranslation. (The Hebrew word translated, re’em, was probably meant to mean “wild ox.” Almost as cool, right?)

28
Through the Renaissance, unicorns were often depicted in Christian art. They symbolized love and chastity, and were even used as metaphors for Christ.
29
Today, one unicorn is actually used as a symbol of religious skepticism. The Invisible Pink Unicorn, that is. The IPU is the goddess “worshiped” by the Church of the Invisible Pink Unicorn, a parody religion.
30
Another notable unicorn is Lancelot, though this one-horned fella wasn’t really a horse. He was a goat. And there were four of him. Sound suspicious? That’s because “The Living Unicorn” was a hoax perpetrated by Ringling Bros. and Barnum & Bailey Circus in the 1980s. 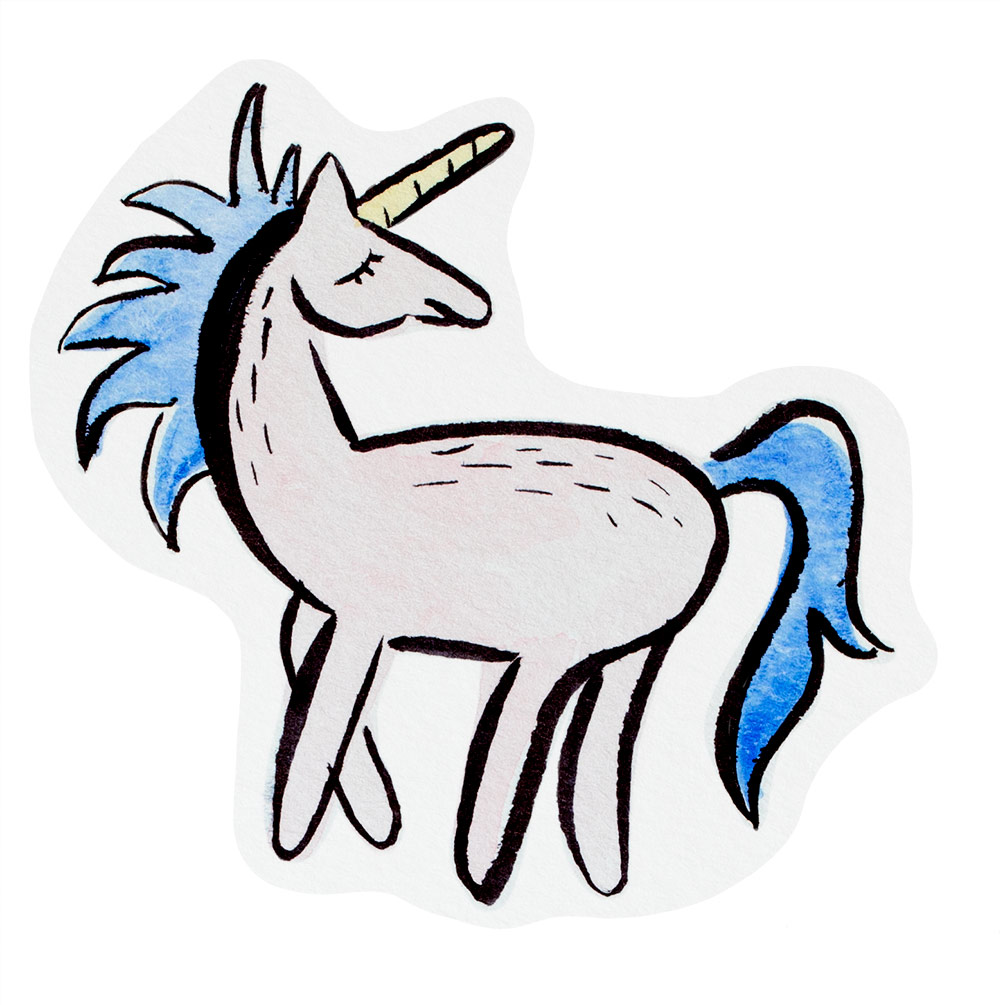 31
While Lancelot was the result of surgical manipulation, single-horned (well, technically antlered) deer have been discovered in nature. In 2008, and Italian deer was born with one antler, thanks to a genetic mutation. In 2014, a roe deer with one horn was shot by a Slovenian hunter. This deer’s so-called deformity was likely caused by an injury early in its development.
32
Oberon Zell, a cryptozoologist and self-proclaimed wizard, was responsible for the breeding–and horn alteration–of one-horned goats. He developed his interest in unicorns after reading Peter S. Beagle’s 1968 classic fantasy novel, The Last Unicorn.
33
The Last Unicorn was turned into an animated film, starring big name celebrity voice talent, in 1982. It continues to be one of the most popular unicorn films of all time.
34
Other noteworthy unicorn moments in pop culture include Deckard’s dream in Blade Runner, Legend’s pair of guardian unicorns, and the birth of the unicorn meme.
35
Music also had its shining unicorn. A Montreal-based rock band calling themselves The Unicorns formed in 2000 and gained a cult following. Much to fans’ dismay, they broke up in 2004 after releasing only one album.
36
Unicorns have become a pop culture powerhouse. The rainbow-maned version is having a serious moment, but the multi-hued, bedazzled version gallops back to Lisa Frank’s colorful creation, Markie the Unicorn.
37
A few of these rainbow-rific unicorn goodies include unicorn toast, unicorn poop, and unicorn hair and makeup tutorials. (Of course, we’re partial to Elwood the Rainbow Unicorn.) 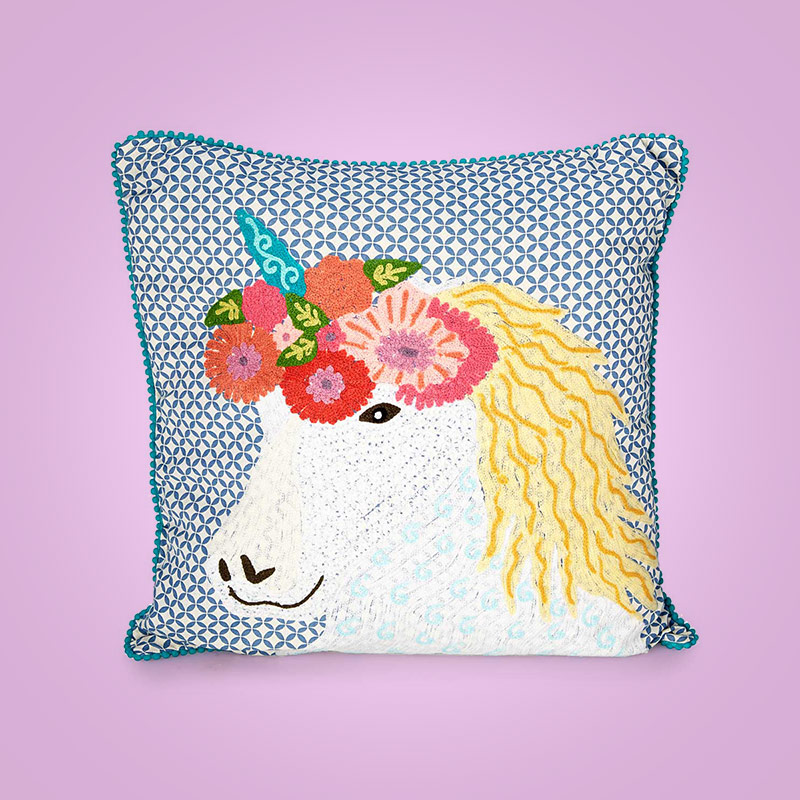 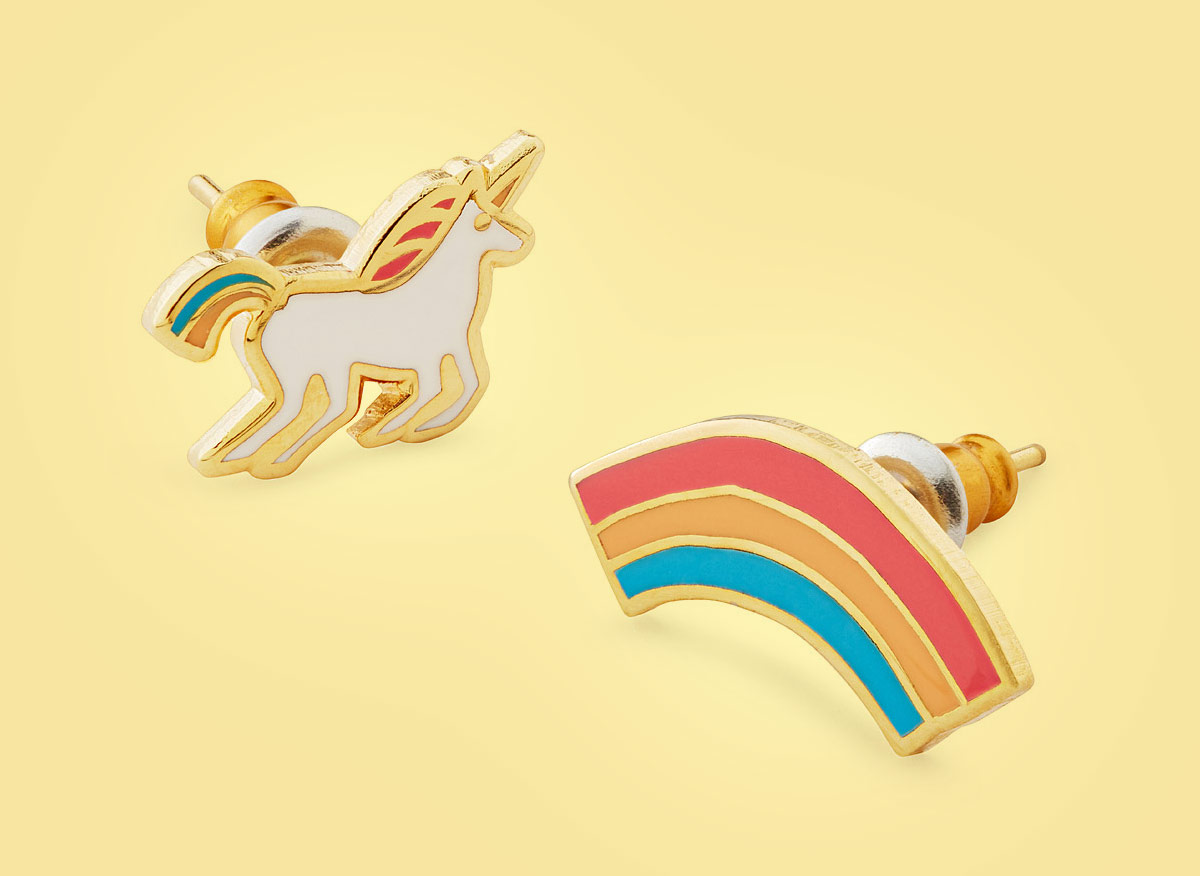 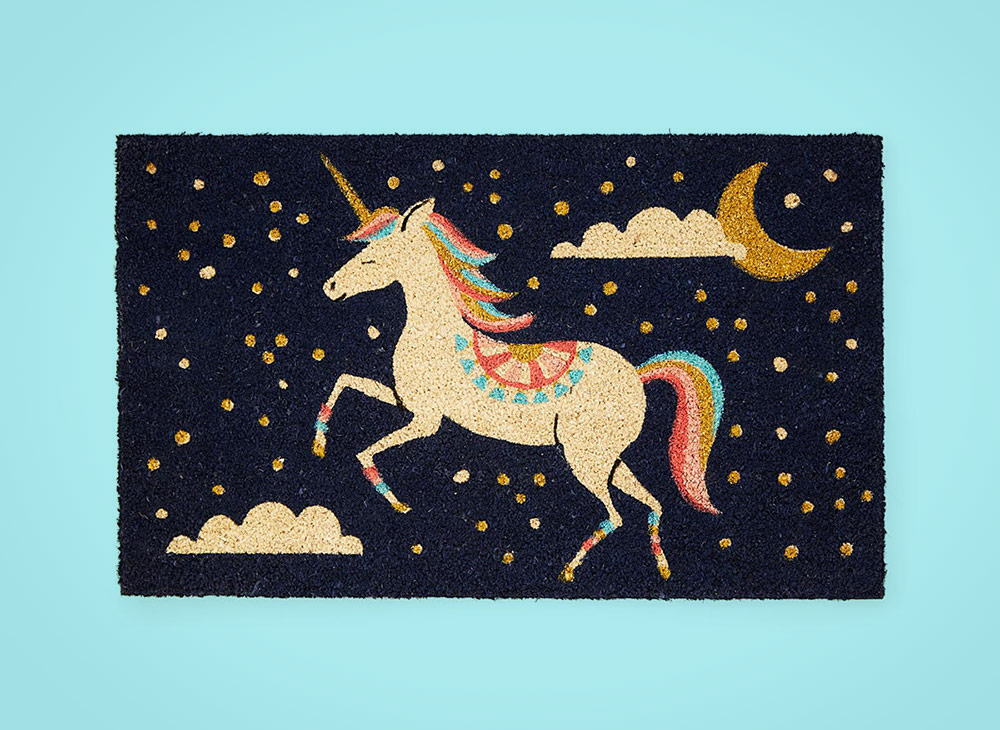 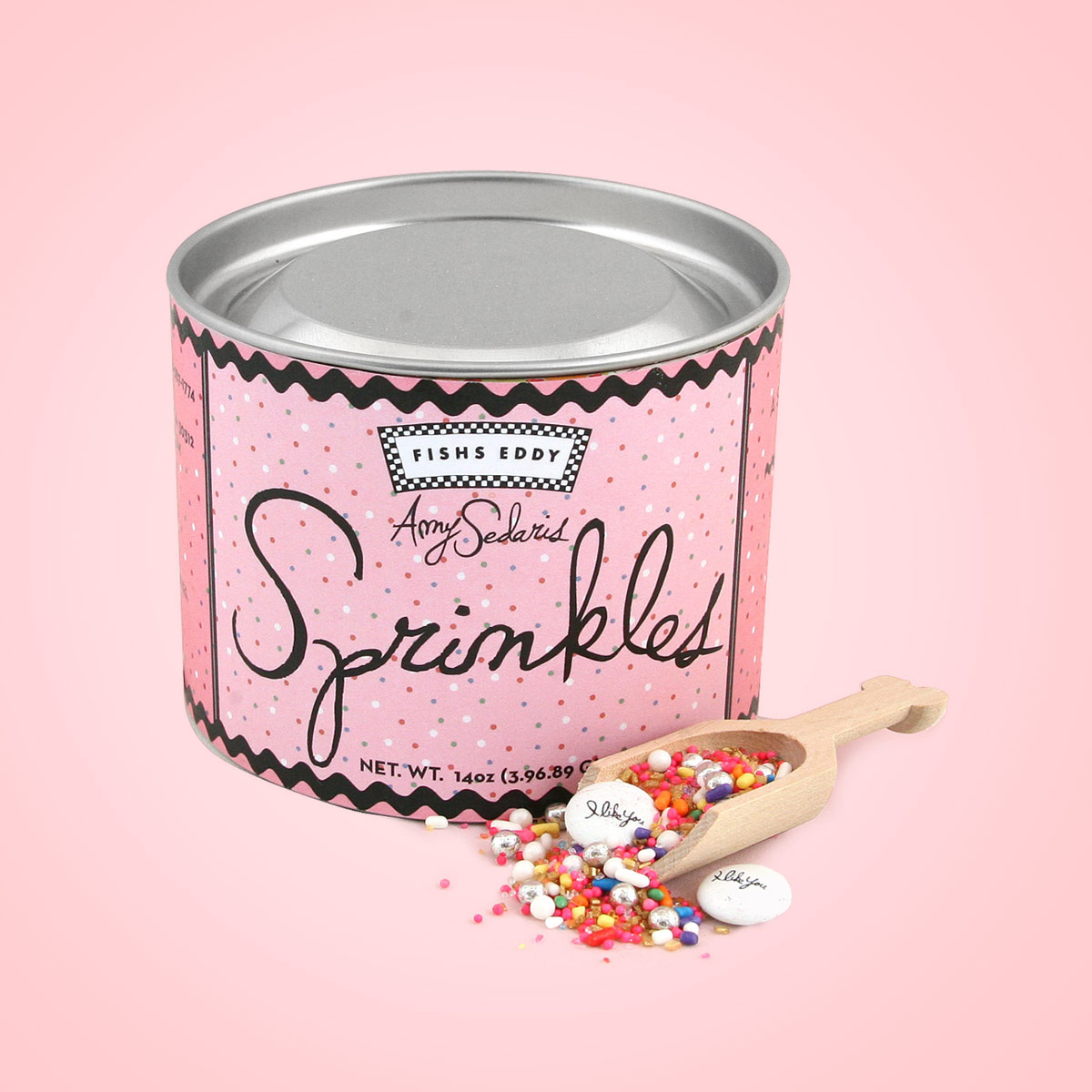 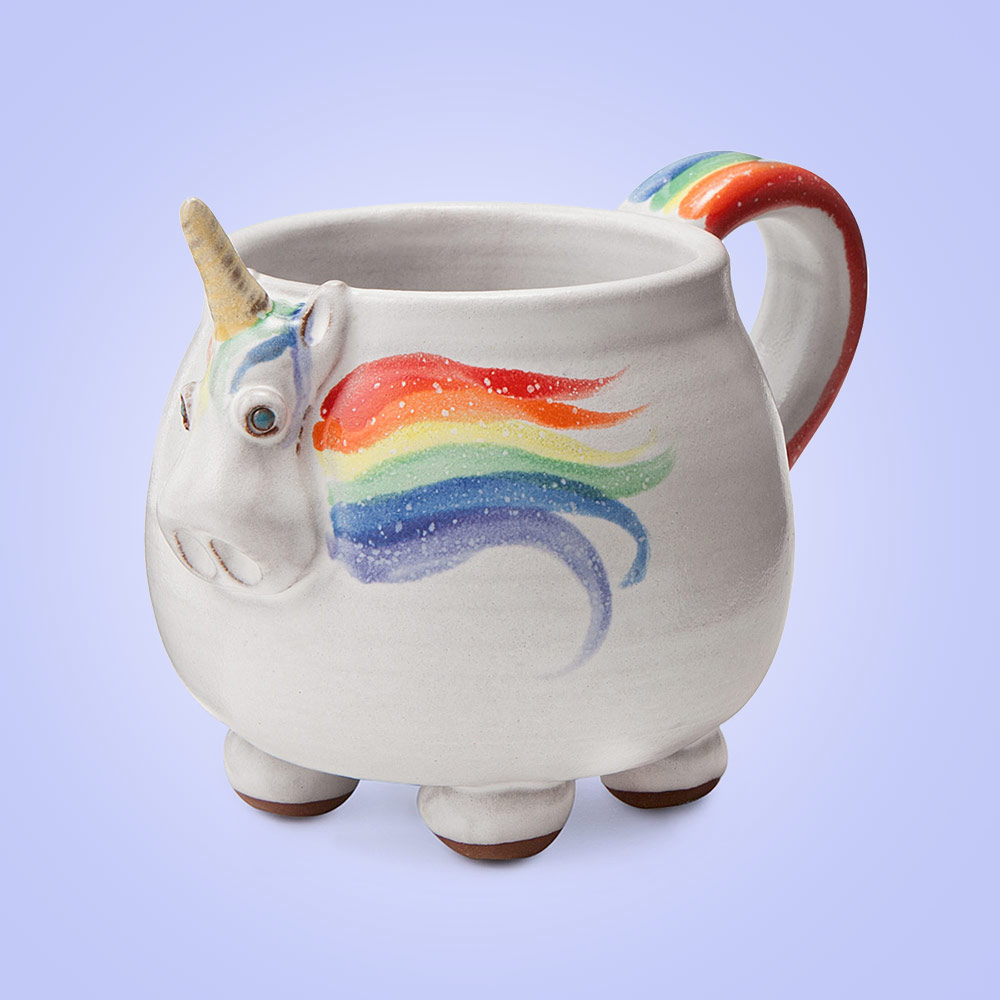 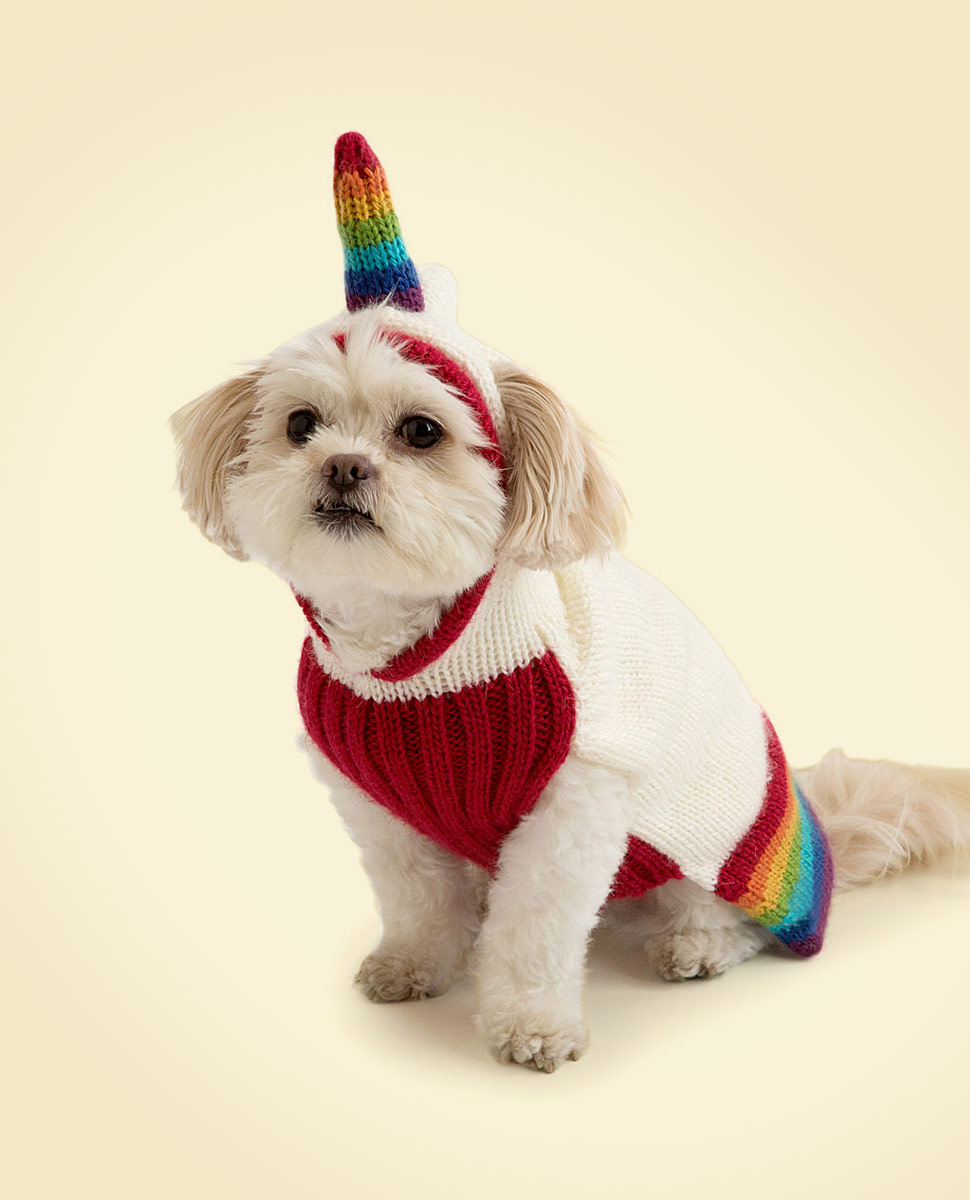 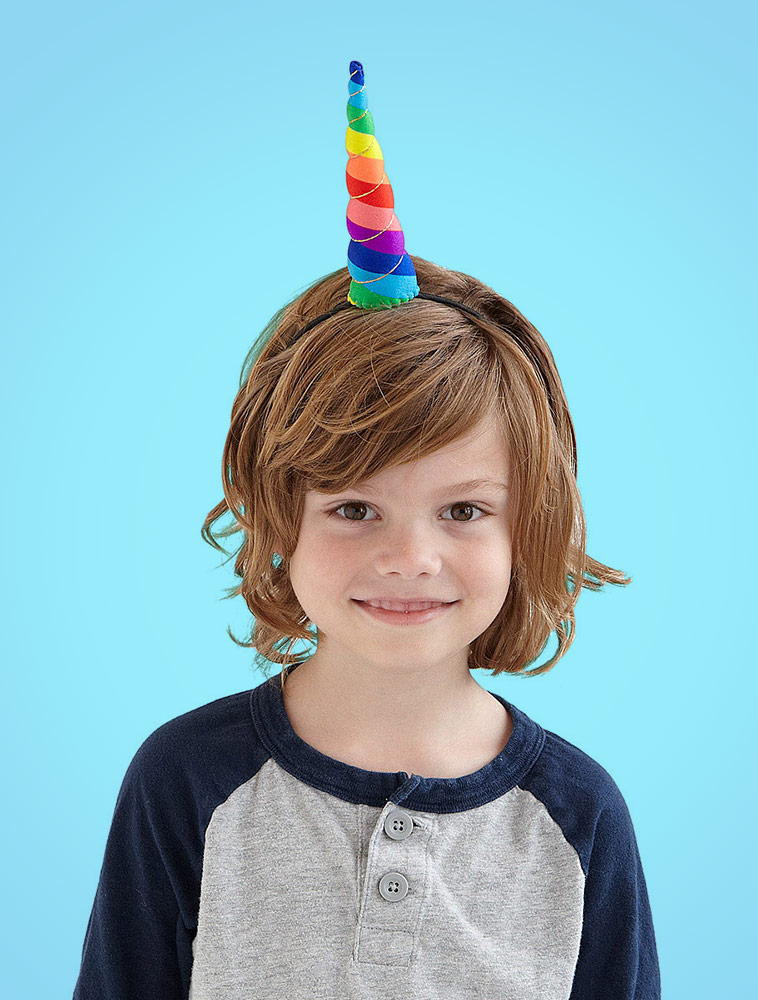 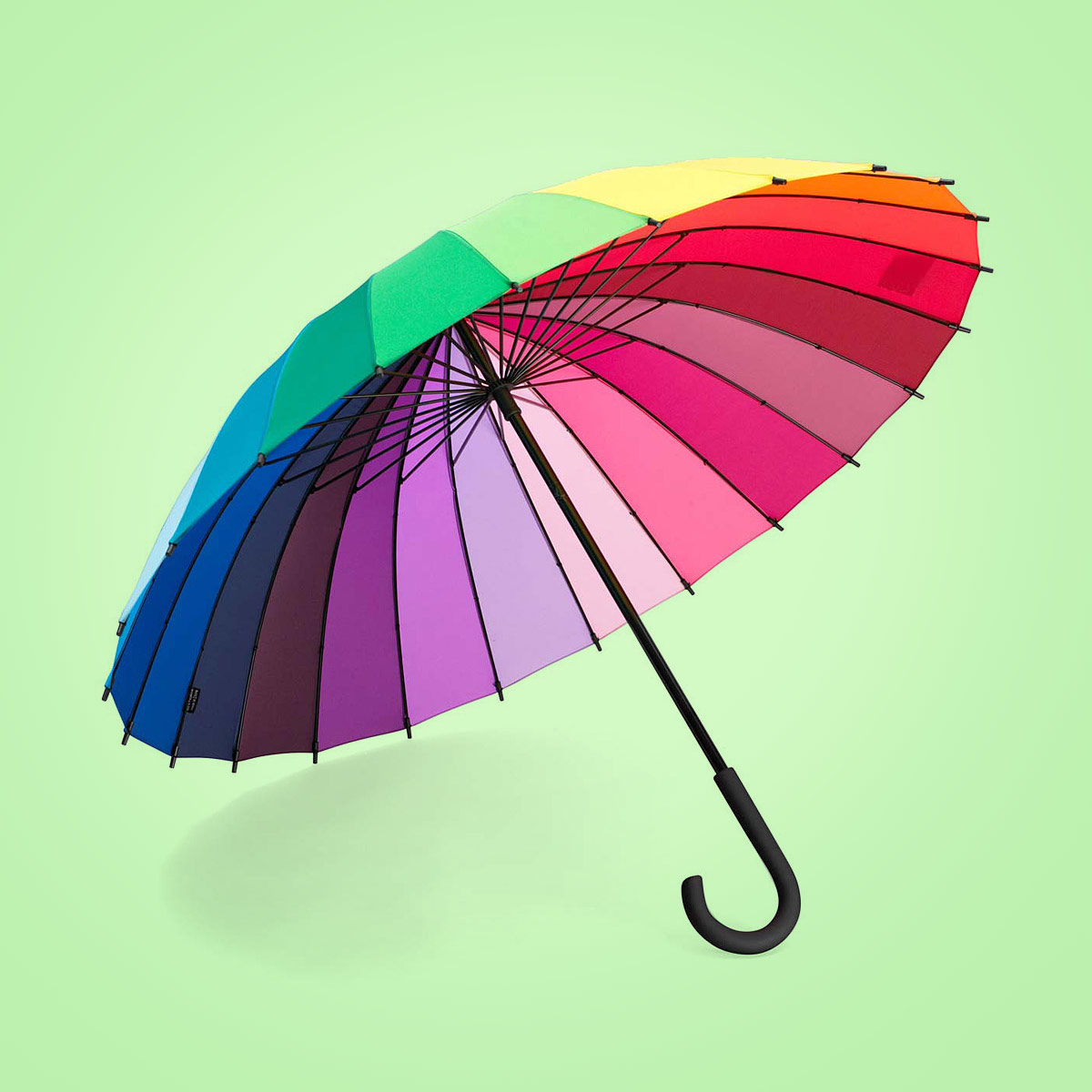 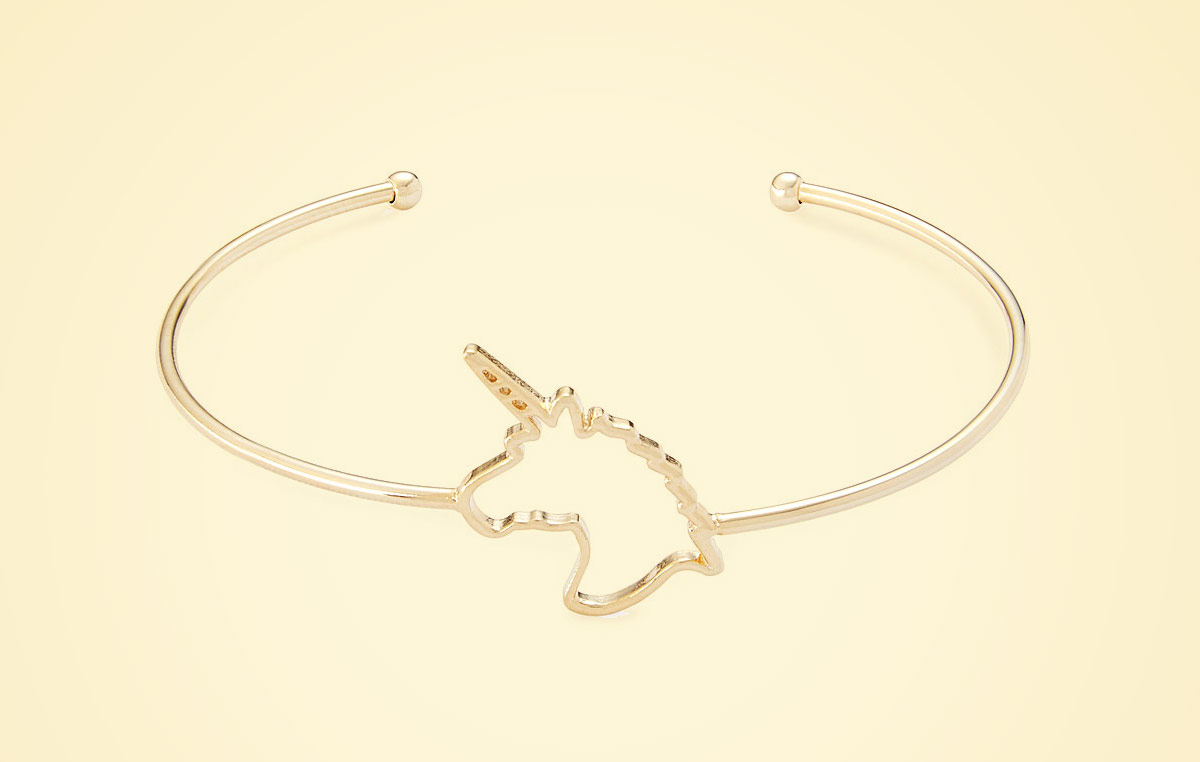 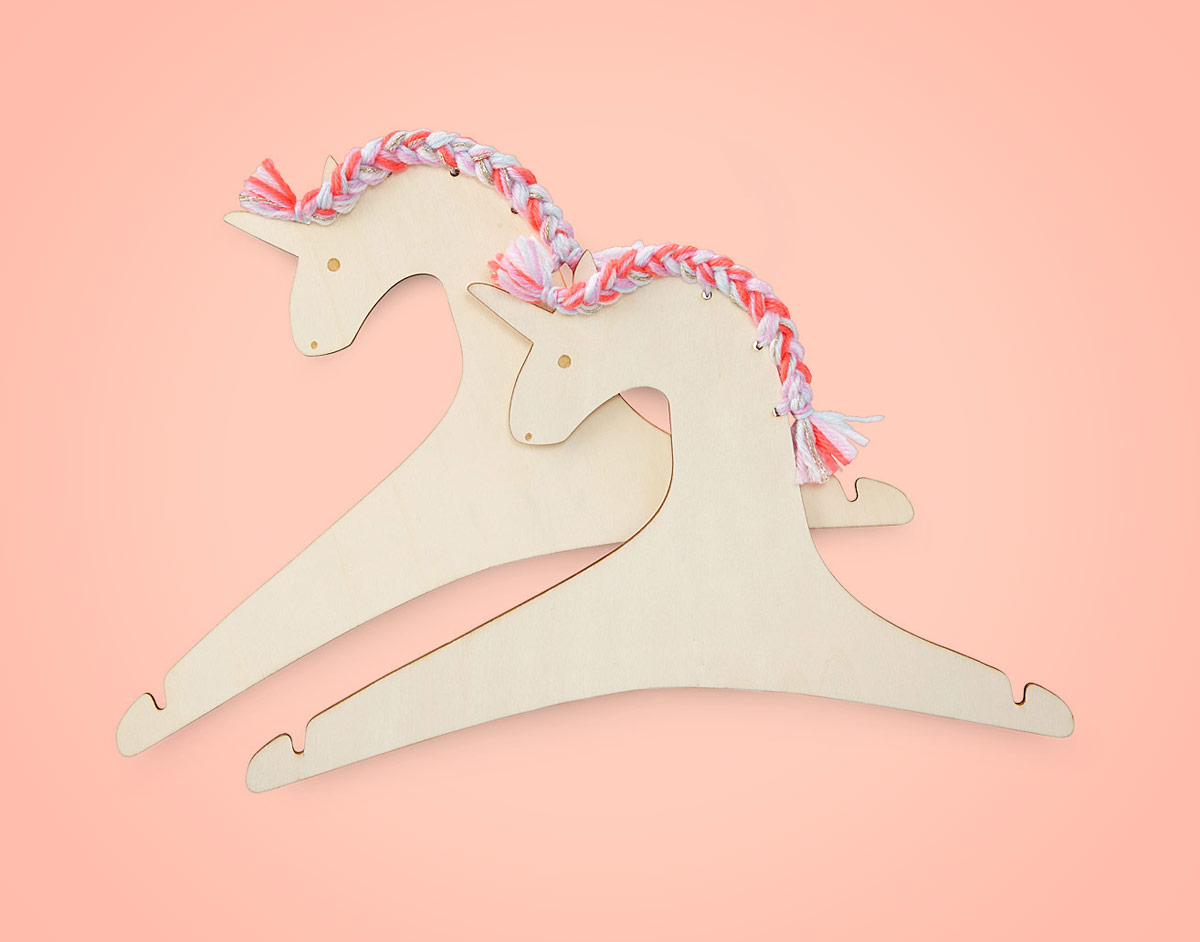 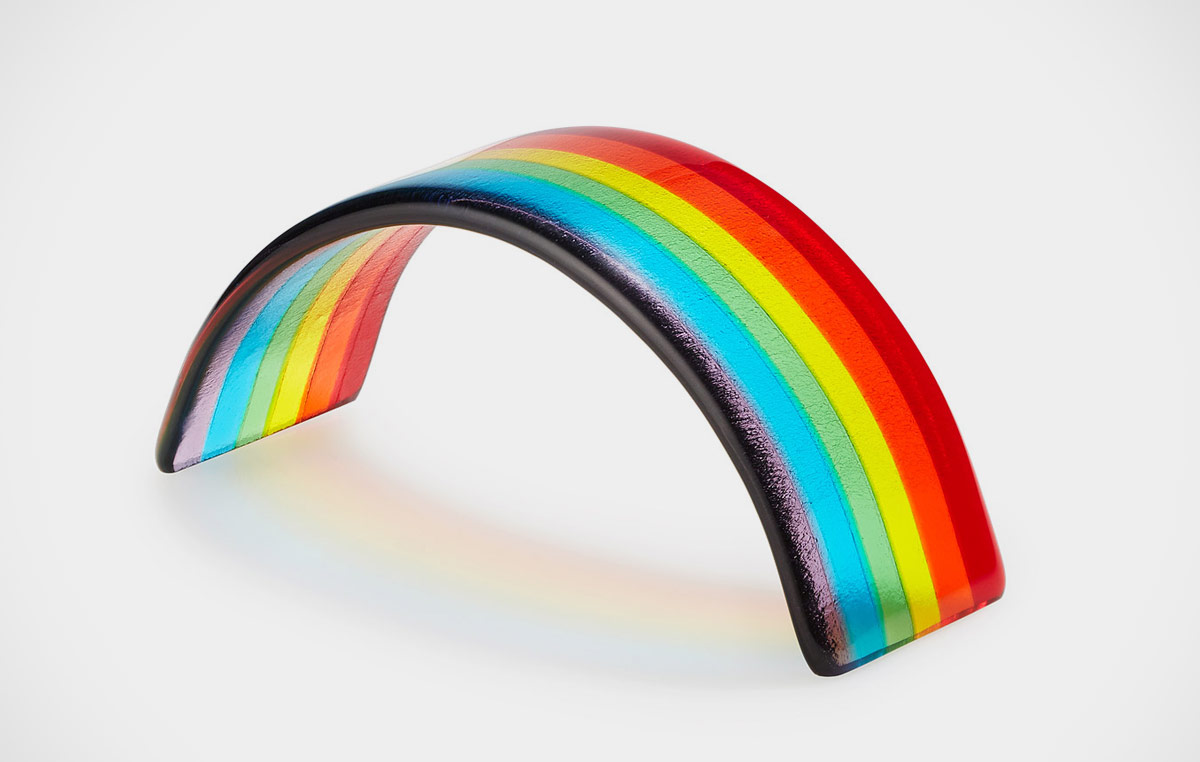 Over the Rainbow Paperweight

Listen Up: A Chat with Spring Hofeldt