Can Business Help Change the World?

The B Corporation community often compares the value that B Corp certification is for business to “what Fair Trade certification is to coffee, or USDA Organic certification is to milk.” When we became a founding B Corporation in 2007, we committed to meeting rigorous standards of social and environmental performance, accountability, and transparency. While we are proud to exceed the standards required by our certification, there is more work to do in using our business as a force for good. We know that we wouldn’t be true to our values if we didn’t take a stand for causes we believe in. What could happen if the value that business brings to workers’ rights has the potential to be what the Civil Rights Movement was to human rights, or what the Women’s Suffrage Movement was to voting rights?

On International Women’s Day, we took an important step in our corporate advocacy efforts by announcing the launch of our interactive Paid Family Leave Map, a resource to learn the status of your state’s paid leave campaign and take action. 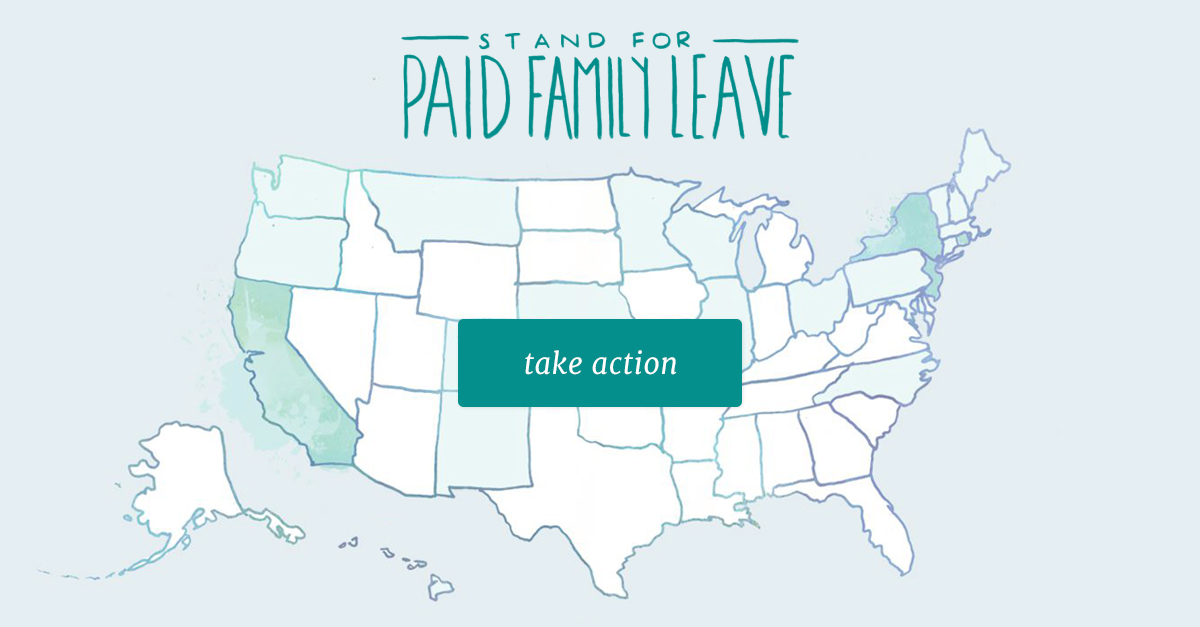 Most Americans don’t get paid time off to care for a new child or seriously ill loved one. Click the map to help make paid family leave happen where you live.

During the launch, Jay Curley, the Senior Global Marketing Manager for fellow B Corp Ben & Jerry’s, visited our team to speak to us about how businesses can be activists and help change the world. We couldn’t have been in better company that day. Ben & Jerry’s has a long, successful, and delicious history of advocating for important causes through creative campaigns. Ever enjoyed a carton of “I Dough, I Dough”? That flavor was created for their campaign to support marriage equality. What about a scoop of “Save our Swirled”? That flavor was created to send out a SOS for our planet. Ben & Jerry’s is not only an inspiring example for B Corporations, but also an example of how a business can incorporate advocacy initiatives to reflect its core company values. 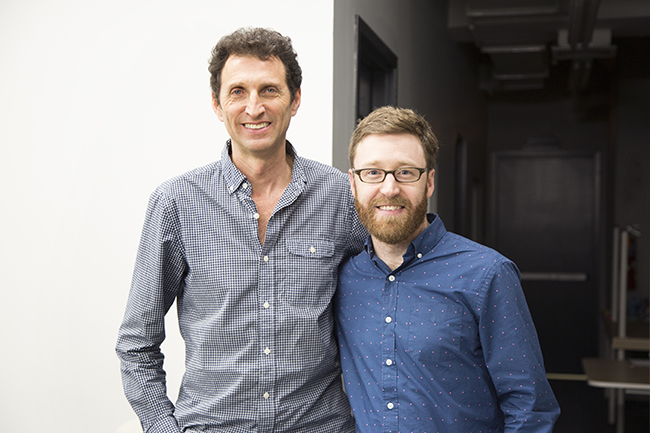 In circles devoted to corporate activism, Jay is seen as an absolute rock star (having him here was basically like having a front row seat to The Boss). It was cool to get the (forgive me) scoop on how Ben & Jerry’s continues to positively impact the world beyond serving my favorite ice cream. What made it particularly exciting was having the map released, which started when our Founder and CEO, David Bolotsky, made a pledge while on the stage with Jay during the B Corp Champions Retreat last fall.

There, Dave and Jay sat on a panel titled “Corporate Activism 101: B Corps & Brand Advocacy and Activism” alongside Activism Manager of Ben & Jerry’s, Chris Miller, as well as Ashley Orgain, Seventh Generation’s Mission Advocacy and Outreach Manager. The pledge was at the end of their session when Dave stated that we would take several steps to support advocacy efforts toward Paid Family Leave: the most public and customer facing advocacy effort we have made in company history. I was in this session and was eager to get back to tell our team that we had promised to take further steps to support advocacy efforts toward Paid Family Leave. 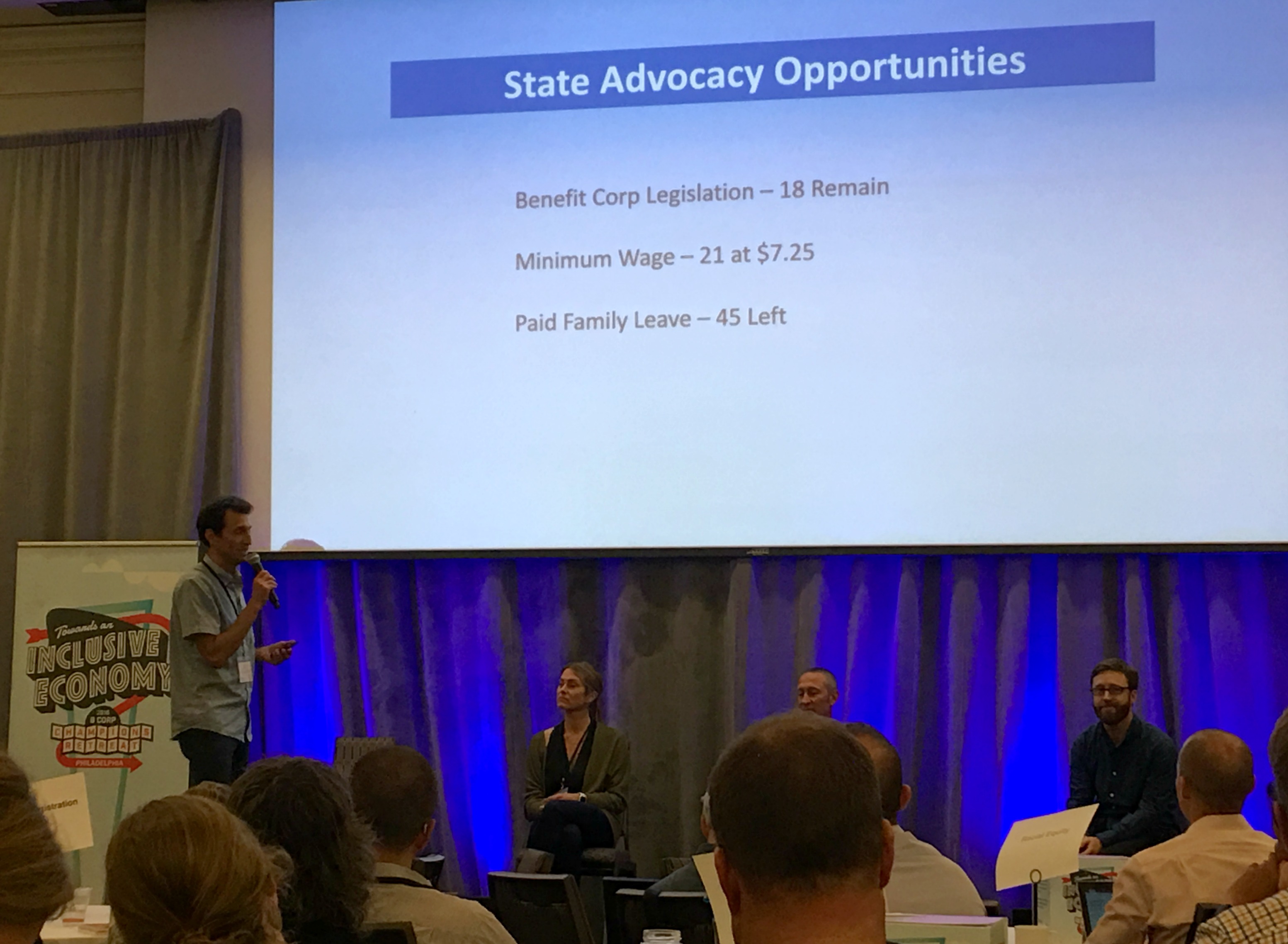 Two weeks removed from the launch, we appreciate the overwhelming support from our community as we continue to get word out on the importance of paid family leave. Stay tuned as we plan to continue to update our map with further information and ways to get involved. Moving forward, we will update you, as we navigate the proverbial waters that is corporate activism and continue to take the necessary steps to use our business as a force for good.  If you have any questions, don’t hesitate to reach out to us at sustainability@uncommongoods.com.