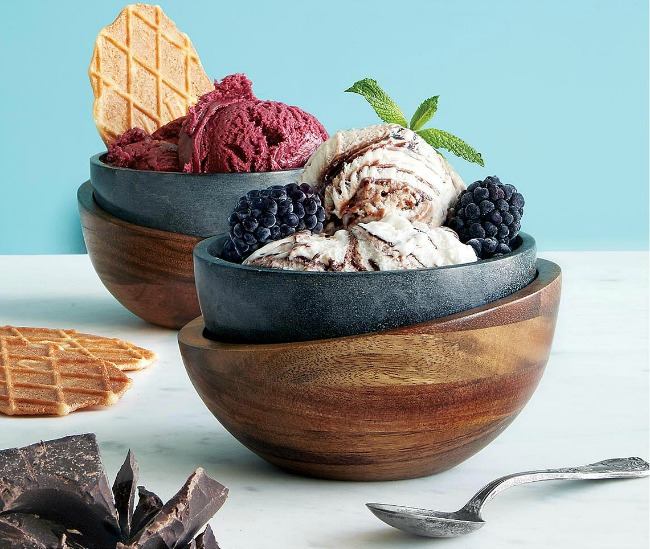 What happens if you mix pink, brown, and white?

If those colors come in ice cream form, then what happens is a mouthwatering scoop of heaven. The strawberry, chocolate, and vanilla of Neapolitan ice cream have been colorfully cohabitating in America since the 1870s. But this palate-pleaser hasn’t always drawn from the same palette of flavors. Originally, any three varieties of ice cream might have appeared together (how do they get them to sit so perfectly side by side? More on that later), and it’s thought that the version we love today became standardized simply because those were the three most popular ice cream flavors in America at the time.

But the name Neapolitan actually refers to the city of Naples, Italy, hinting at a former identity in the Old World. Neapolitan ice cream does, after all, bear a striking family resemblance to the classic Italian confection, spumoni. Instead of chocolate and strawberry, however, spumoni surrounds its band of vanilla with pistachio and cherry, creating an edible portrait of the red, white, and green Italian flag.

Now, about that magical process of getting three flavors to look so symmetrically yummy. Anyone who’s attempted to re-create Neapolitan at home by “stacking” knows how well that turned out. Instead, the flavors are stored in separate soft serve-style tanks, all meeting at a nozzle the size of a standard rectangular ice cream box. Dividers in the nozzle keep the flavors separate as they flow into the box, which is then frozen for eight hours. How long before someone in your household eats all of their favorite flavor out of the carton? Too late.