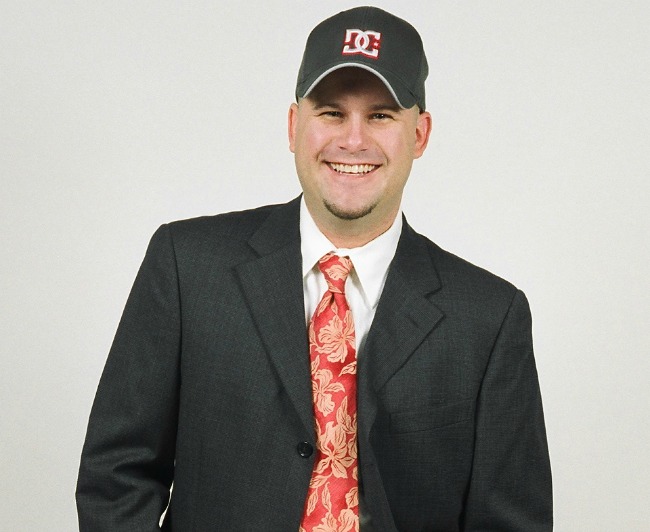 Our makers never fail to motivate us, encourage our creativity, and fill us with inspiration. So, when a new design enters our assortment, we’re always excited to learn more about the people behind the product.

What gets an artist going and keeps them creating is certainly worth sharing, and every great connection starts with a simple introduction. Meet Jason Watkins, the artist behind our new Cityscape Print.

When did you know you wanted to be an artist?
Probably when I was born, but like most creative people, I tried to suppress it. I was encouraged to get a real job, so started working at the local newspaper when I was fifteen. I majored in journalism in college and ended up practicing it for seventeen years straight, working my way to the top of my profession and getting what I always thought was my dream job: editor at a national newspaper.

I grew up in a tiny town in New Mexico, so the idea of living in a big city always fascinated me. During the day, I would work like a dog covering the military in the nation’s capital. But when I’d get home, the only way I could de-stress after being around so many smart, intense, important people was to escape into my own head and draw the imaginary cities I was fascinated by. 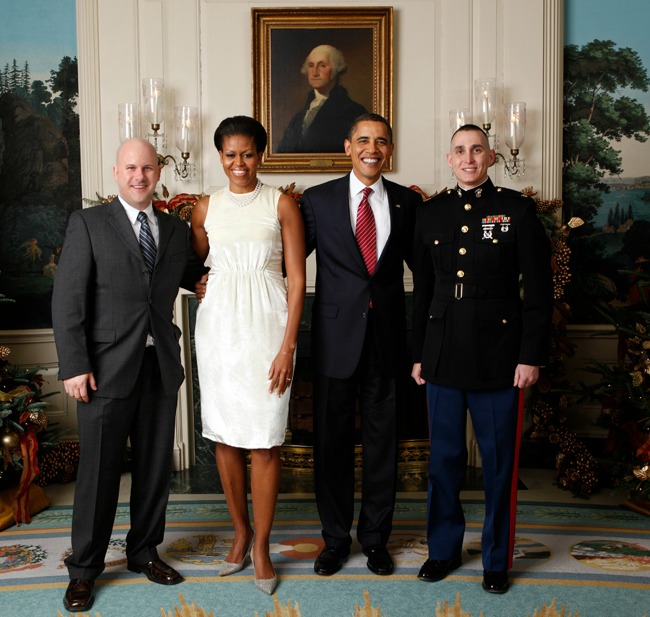 Official White House Photo by Samantha Appleton, Dec. 17, 2009. “The man on the right is a friend of mine, a Major in the Marine Corps, who I invited to go to the White House with me. He was the officer in charge of Obama’s inaugural parade, and that was his first time (and my third) meeting him.”

In 2009, I was invited to the White House and got my picture taken with the president and Michelle Obama. When I saw the photo, I could see the stress and pressure and hard work from the past 17 years just hanging on my body, and I realized I had accomplished everything I wanted to in my field. Within a month, I resigned from my job as a journalist, came out of the closet as an artist, and moved to the West Coast. I’ve never looked back.

What was the most exciting thing about becoming a professional artist?
The pay raise. It turns out you can quit a job at a newspaper and become an artist and part-time teacher — and actually get a pay raise. 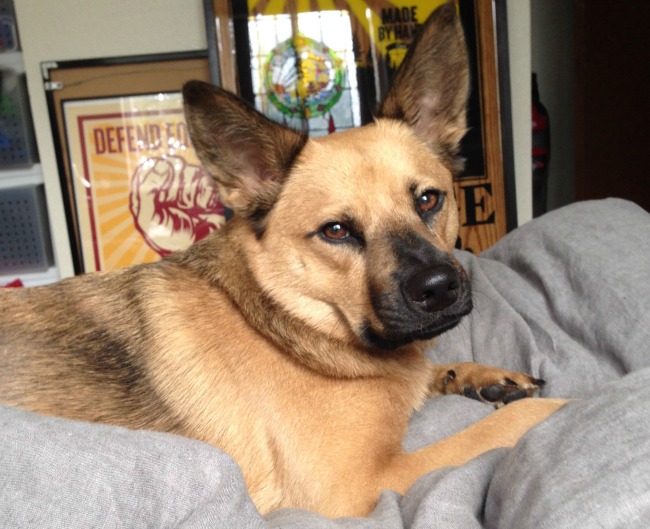 Is there a trinket, talisman, or other inspirational object you keep near? If so, what is it and what does it mean to you?
Sal. My 5-year-old mutt. She’s part cattle dog and part dingo, and she’s one of the loves of my life.

What does your typical day in the studio look like?
Sal is homeschooled, so every day we go to the park for recess. When we come back, I put off work for a full five hours or so and then, after everyone I know is asleep, I go into my studio to make stuff. I’m extremely independent — so independent, as a matter of fact, that I once started a newspaper called “The Independent” — so having my own space is important.

On some days, I also teach a couple of classes at a local college. Lately, I’ve been making stuff for my newborn nephew who lives back home in New Mexico. He’s the other love of my life. Plus, he’s going to be rich someday, so I want to make him an art collector, and I’m starting early. 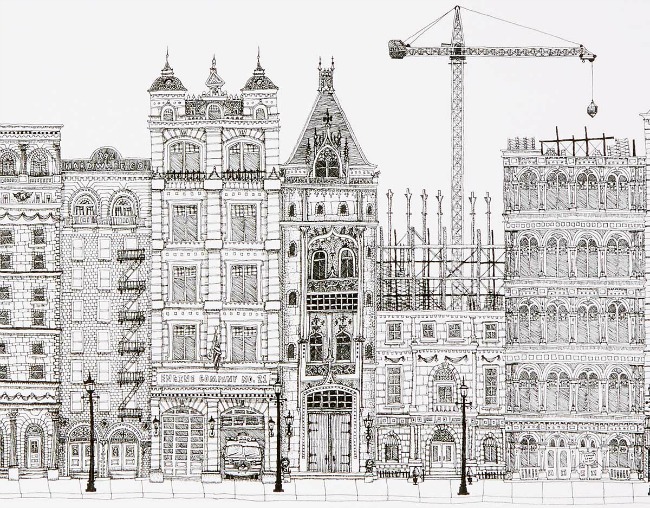 Imagine you just showed your work to a kindergartner for the first time. What do you think they would say?
“Uh… ” I imagine they’d look at it for a minute and then shrug and say “I don’t get it.”
And I’d say, “When you have to wake up at 6 a.m. every morning and put on a tie, you’ll get it.”

What quote or mantra keeps you motivated?
“Like the archer an arrow, the wise man steadies his trembling mind, a fickle and restless weapon.” I think the Buddha said that.

Uncommon Knowledge: Why Do Newlyweds Fall for the Falls?