Gift Lab: A Salt of the Earth Tastes Our Salts of the World 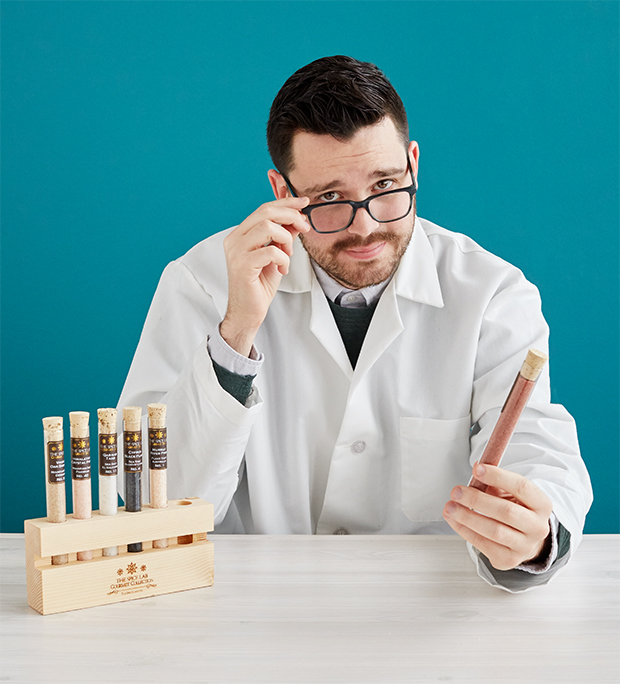 I’m pushing thirty years old. I know that my favorite type of people are the salt of the Earth, my favorite character in Willy Wonka is Veruca Salt, my favorite hip-hop group is Salt-N-Pepa, my favorite ancient instrument is the psaltery, my favorite town is Basalt, Colorado, and both my favorite taffy and crocodile, are salt water; yet I haven’t the slightest idea what region my favorite salt hails from. One day at the UncommonGoods campus, I voiced this issue over fresh fruit and went back to my desk to find our Salts of the World Test Tube Set. Thanks to the support of my UncommonGoods’ Team, I’m determined to determine the whereabouts of a favorite salt.

Research:
Other than a brief geography refresher and far too much time spent researching facts about Salt Lake City, Utah and Basalt, Colorado? Well, I initially thought I’d research what type of foods pair best with the salts, but that research was previously done and came on a card included with the kit. I now know which salts pair nicely with vegetables, poultry, beef, and even salt. Sorry, did I write salt? I meant soup (Freudian slip).

Hypothesis:
I will pretend to like the Viking Oak Smoked Salt from Denmark, but my actual favorite will be one of the sea salts. 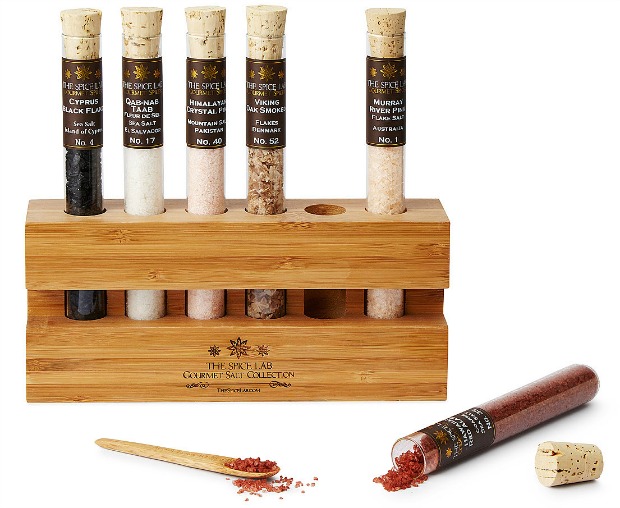 Experiment:
. This experiment will happen in two phases. One where I will smell each salt and share my findings and another where I will season each salt on a food that I believe best showcases salt.

Phase 1: Smelling Salts
Only one of the salts had a scent, and it was the Viking Oak Smoked Mountain Salt from Denmark. It smelled like a single malt whisky from Islay (Laphroaig or Ardbeg). The true winner of Phase 1 was me, since this smelling salt experience was far better than a previous one I had after a lacrosse-related mishap. 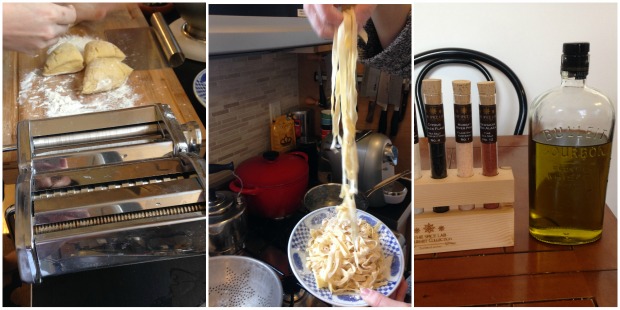 First, what is the canvas in which all salts can be judged equally? I selected pasta and olive oil because my pallet is accustomed to enjoying pasta, olive oil, and salt. In this case, the independent variable will be the salts. With a snowstorm coming, it is the perfect time to hunker down in the apartment, make some homemade pasta and chow down. 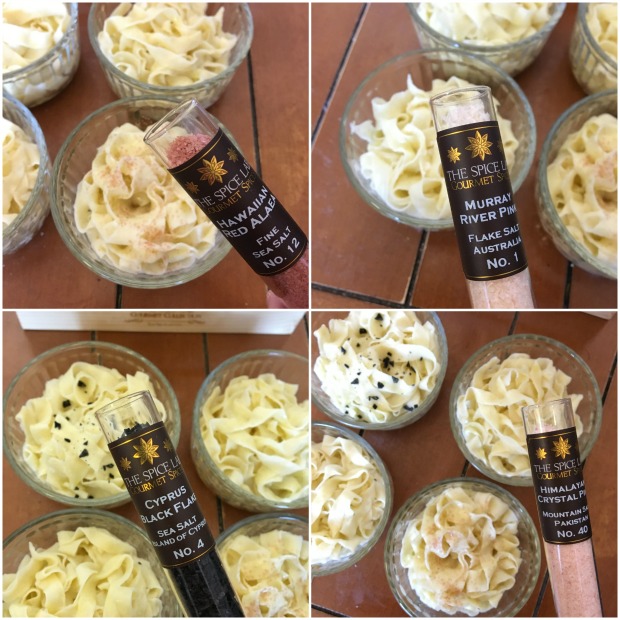 After phase 1, I decided to pass on using the Viking Oak Smoked Mountain Salt because the idea of smoked pasta sounds completely gross. I am confident it will be good the next time I season a steak and can pair it with an appropriate whisky (Ron Swanson approved).

I also passed on using the Qab-Nab Taab sea salt from El Savador because I ran out of salt a week before doing this lab and tasted it then; it was delicious and had several compliments from my friends at a dinner party we hosted. 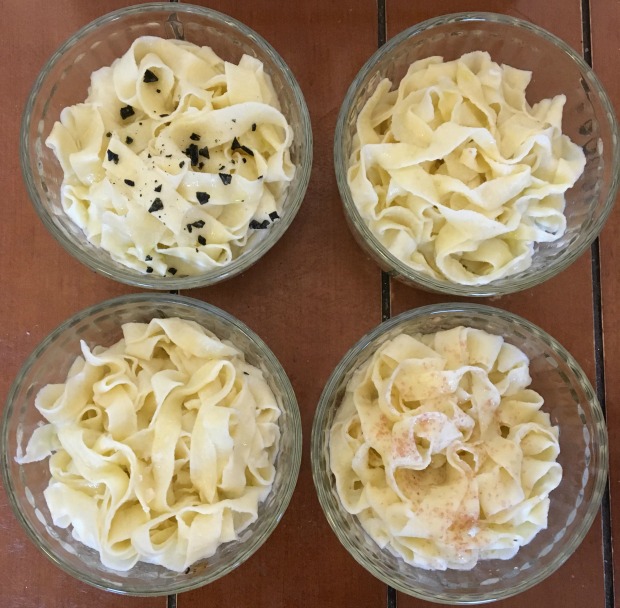 Through this experiment I learned that sea salt is amazing. Each salt had major differences in texture and color that would serve several occasions. The black salt (Cyprus Black Flakes) had a particularly memorable flavor explosion with each bite, whereas both the Himalayan Crystal Pink from Pakistan and the Hawaiian red salt each spread throughout its tasting sample. The colors of the salt added a layer of fun when getting the samples ready.

Conclusion:
There is room in my heart for each salt. I highly recommend this product for anyone who wants to spice, err, salt up his or her life. Ultimately, the only poor tasting salt was from my tears when the experiment concluded.