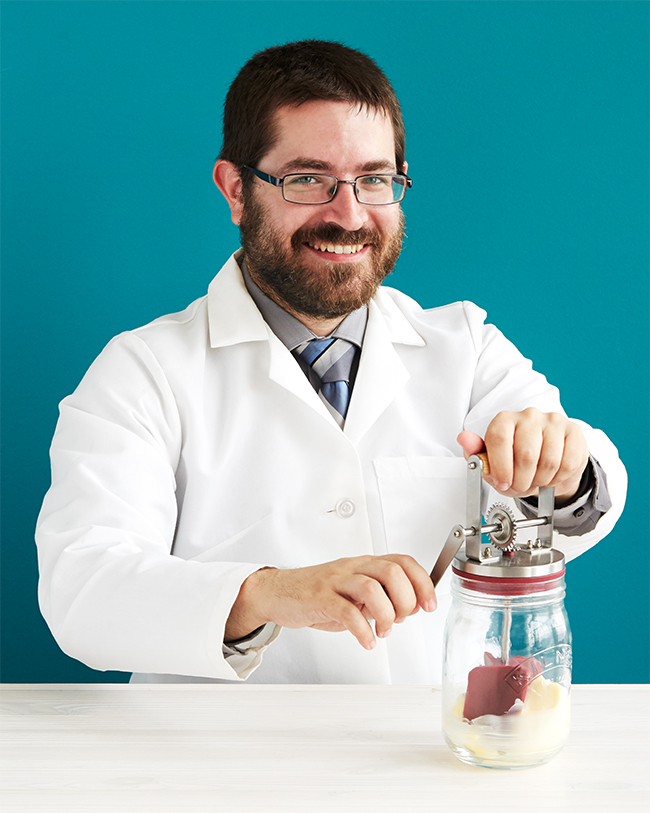 I was initially skeptical when I first saw the butter churner in our collection. I’ve baked bread, brewed beer, and made yogurt, so it’s not as if I’m against making things at home. I just didn’t see what was to be gained by churning butter myself instead of buying it. I’d almost forgotten it when the churner turned up in the top ten selling items for several days straight. And that was during the busy holiday season, when making it to the top means elbowing through serious competition. What did all of these people see in homemade butter? Did they know something I didn’t? Had all my favorite food writers failed to share the wonders of fresh butter straight from the churn? 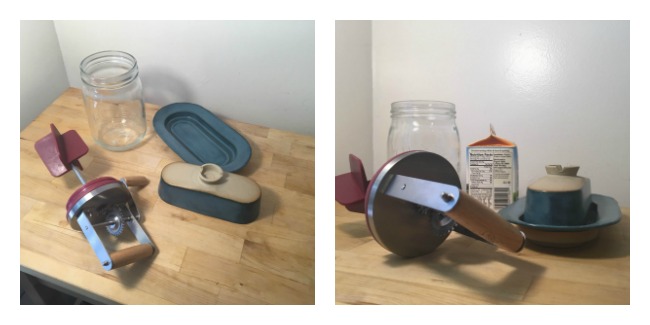 Two things finally convinced me to give it a try. First, I found out that I would get to wear a lab coat if I did the gift lab. My background is in statistics, so during five years of grad school and two years as a post-doc I never set foot in a lab and so missed out on the greatest sartorial perk of being a scientist. This experiment was an opportunity to change that. The second motivation came when I found out that chocolate butter is a popular item in Russia. I’d never seen this in the US and was shocked to learn of the butter gap that now exists between us and our former cold war rival. The chance to don a lab coat and crack the secret of chocolate butter for Uncle Sam was more than enough reason to try the churner. It may not be as glamorous as the space program, but I’ll take it.

With a butter churner at home, I’ll be able to make new, better kinds of butter — including the chocolate butter rumored to exist on the other side of the Iron Curtain.

On paper this looked like an easy enough task. Pour cream into the churner, close it up, and crank the handle until butter appears. According to the instructions this should take about 8 minutes. I set about the task full of optimism. At the 8 minute mark nothing had changed. 2 minutes later I started to get worried. At 15 minutes my arm was getting tired and I was nearing twice the time it was supposed to take. Something was clearly wrong, but I reassured myself that NASA had also had some setbacks when they were first trying to catch up to Russia. This task was just going to take a bit of persistence.

I reread the instructions to make sure I hadn’t forgotten any steps. Everything checked out, so I turned my attention to the cream. That’s when I noticed that the ingredient list included carrageenan. Like many recent arrivals in Brooklyn, I was more than willing to blame my problems on hard-to-spell ingredients in my food, and in this case my suspicion seemed justified. A quick search confirmed that carrageenan is a stabilizer added to foods to keep them from separating. In other words, it was put there to stop me from doing exactly what I was trying to do.

I returned to the store and carefully read all the labels on all the bottles of cream. To my chagrin, they all had carrageenan or some similar additive meant to keep them smooth and homogeneous. Next, I looked at the half and half. I managed to find one that was just milk and cream and decided to give it a try. Unfortunately, it just didn’t have enough milk fat to work.

I set out again and visited a few different stores in my neighborhood before finally finding one that sold cream with only a single ingredient listed on the label. After returning home, I set up the churner and started turning the handle. After about 6 minutes it started to thicken. This hadn’t happened before and seemed like a good sign. Then, at almost exactly 8 minutes, the mixture suddenly transformed. In the space of about 3 rotations of the handle, the butter separated from the butter milk and stuck to the paddles. 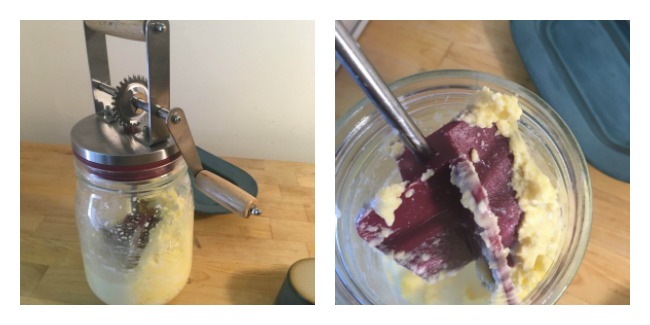 There was, however, no time to celebrate. This development was indeed an accomplishment, but it was just ordinary butter — still in need of chocolate. Fortunately, adding said chocolate proved to be relatively easy. I found a recipe online (Russian counter-intelligence isn’t what it used to be) that recommended cocoa powder and powdered sugar, both of which I had on hand. It was easy to mix together and the first attempt worked out well. The flavor was similar to a chocolate butter cream frosting, while the texture was more similar to plain butter. I highly recommend it for pancakes. 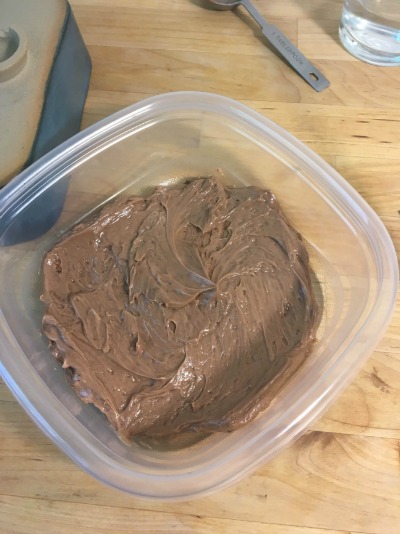 The plain butter tasted similar to store-bought. The color, though, was a richer, more appealing shade of yellow. However, in this case I would say that the process is more important than the product. For people who like to experiment in the kitchen and see how things are made, it’s a really cool transformation. The gears also make a very satisfying sound that lets you know you’re accomplishing something. This probably will not become my main butter source, but it was definitely fun. 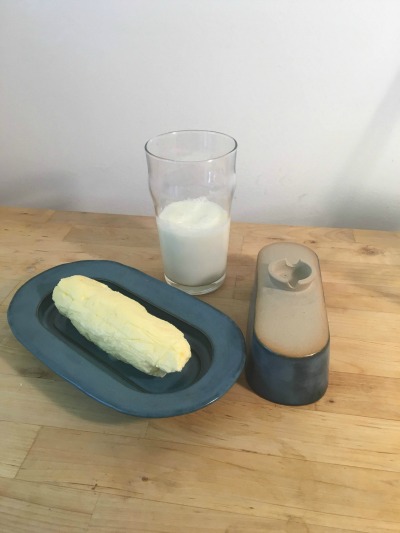 Buy heavy cream that is just cream. Half and half is too light, and anything you aren’t sure how to pronounce will likely make the cream too stable to churn. I would recommend going to a grocery store that specializes in organic foods as they are more likely to have unadulterated dairy.

The instructions say to let the cream come to room temperature first. If you have real cream and it still won’t turn to butter it’s probably too cold. If its winter and room temperature is not what it ought to be, then you may want to pop it in the microwave for a couple seconds to heat it up.

Ken is a Data Scientist at UncommonGoods.