Brews You Can Use: 10 Uncommon Facts About Beer 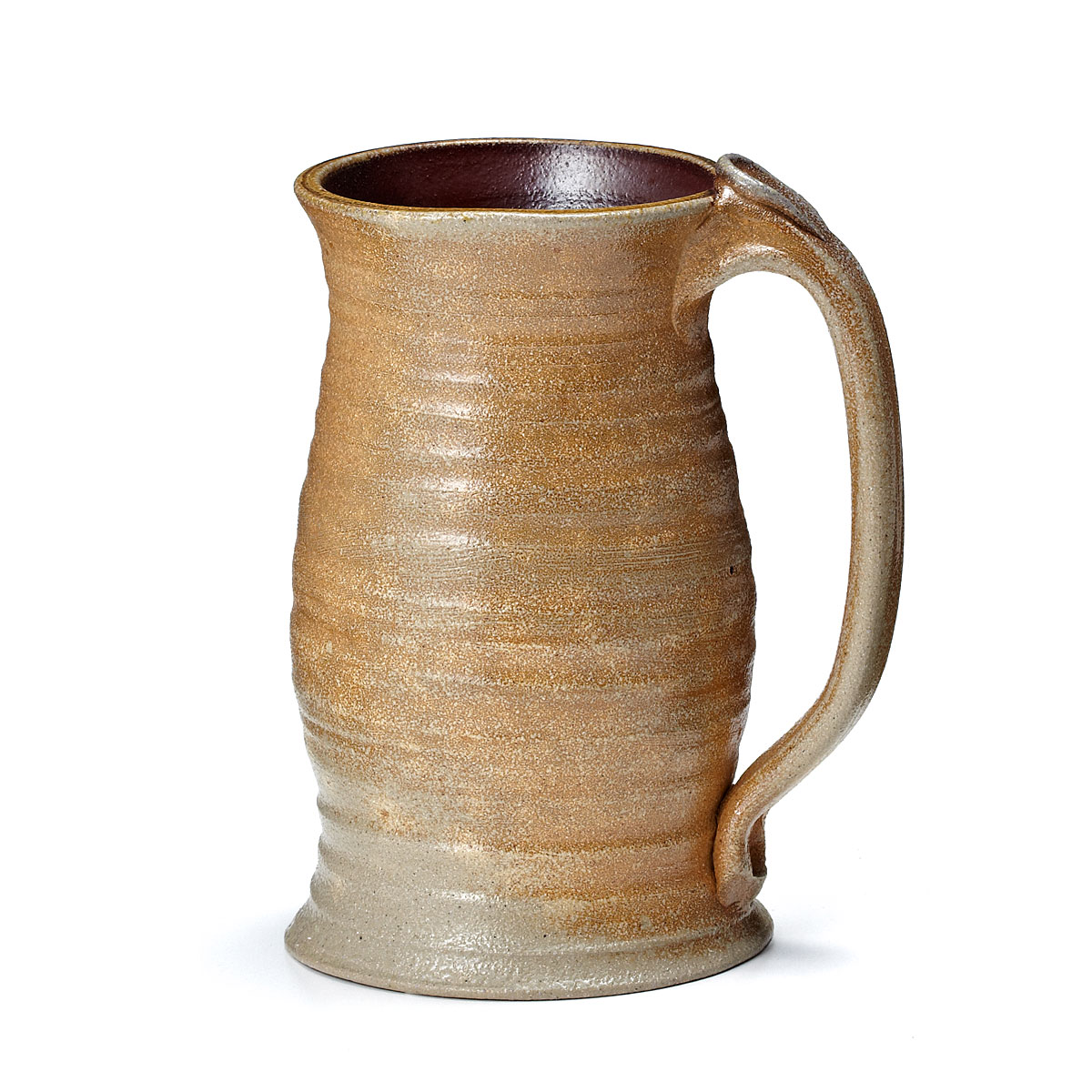 With evidence of brewing dating from 9500 BCE, beer is an ancient elixir with an ancestry almost as old as civilization itself. After water and tea, it’s the third most consumed liquid in the world. So, with a history encompassing over 11,000 years and billions of barrels, it should come as no surprise that the story of beer includes many fascinating facts, astounding ingredients, and colorful characters.

In honor of Oktoberfest, when Munich welcomes thousands of revelers to quaff its best brews, here’s an uncommon look at the history of beer in the form of ten trivial draughts: 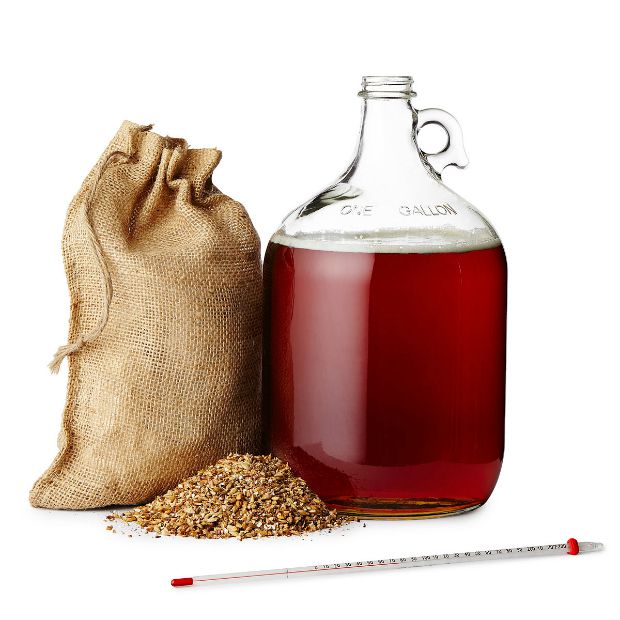 1) Beer was your best beverage bet in medieval Europe, when a drink of contaminated water could be fatal. Beer slogans at the time almost wrote themselves—“Beer: the Cholera-Free Alternative!” But the rise of beer as an everyday staple meant that unscrupulous brewers were prone to cut corners. Enter the Reinheitsgebot—a family of laws governing brewing first introduced in Bavaria in 1516. The best-known part of the law dictates that beer must contain only three ingredients: water, hops, and barley (yeast is essential, but hadn’t been discovered yet). While brewers through the centuries have continued to experiment with other ingredients seeking either distinctive results or cheaper production, the Reinheitsgebot set the gold standard for beer purists, with the diversity of styles stemming mainly from the types of malt and hops used. 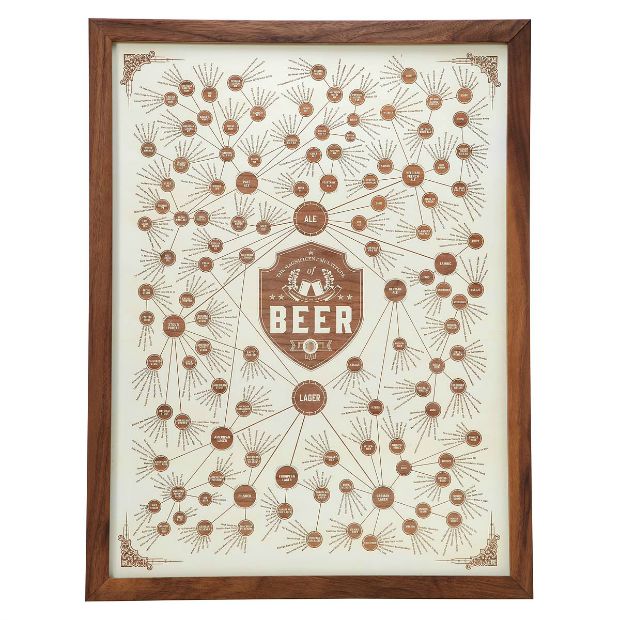 2) But is it healthy? Citizens of the Czech Republic, who consume the most beer year after year (an impressive 150 liters per capita in 2014), would answer with a resounding “YES!” Along with their caloric content, many beers are good sources of B vitamins, which aid metabolism, and silicon, which helps improve bone matrix quality. Also, hops contain an antioxidant that’s been shown to ward off dementia and Alzheimer’s disease. So, a beer a day can help keep the doctor away…but everything in moderation, of course. 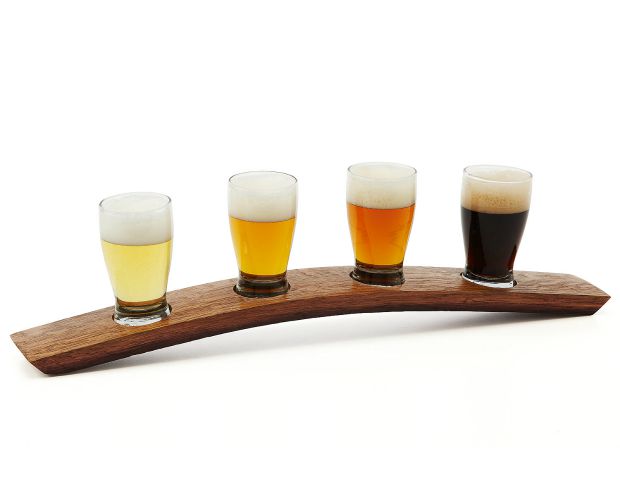 3) Now, about those calories. Because about 75% of the calories in beer come from its alcohol content (ABV, or alcohol by volume), lower alcohol beers are generally lower in calories. Dry stouts like Guinness (with an ABV of 4.2%), are less likely to make you stout than Belgian ales with higher ABVs. It’s a common misconception that darker beers are “stronger,” and therefore more calorie-laden, when in fact the opposite is often true. On the extreme end of the caloric / ABV spectrum is a barleywine with the intimidating name Snake Venom which boasts an ABV of 67.5% and a yellow warning flag on each bottle neck that resembles police caution tape (for good reason). 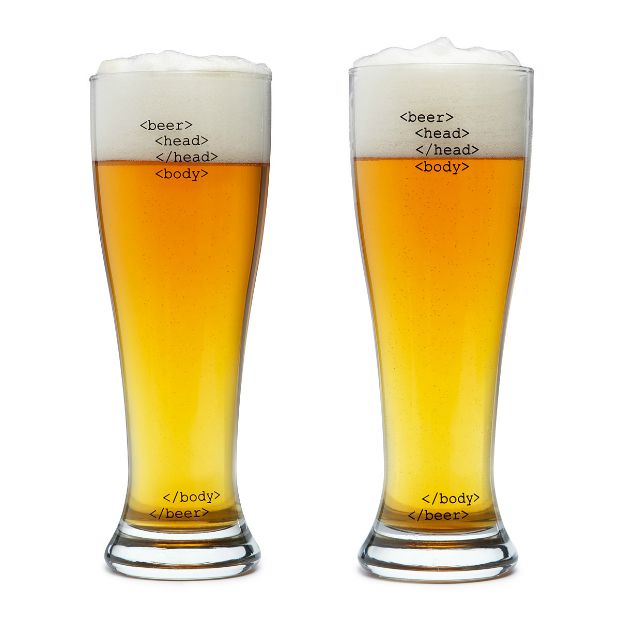 4) Drink-on-a-dare beers aside, how do you get your daily dose of restorative, relatively healthy pilsner, lager, or stout? Beer delivery systems themselves provide some fascinating facts. Danish brewer Carlsberg established an “honorary residence” next to its brewery to laud “a man or a woman deserving of esteem from the community by reason of services to science, literature, or art…” Along with his Nobel Prize, physicist Niels Bohr received an invitation to occupy the residence, and lived there for thirty years (1932-62). Better still, the house came with an awesome amenity: a perpetual supply of beer, piped into the home directly from the brewery. Who says science has to be dry? 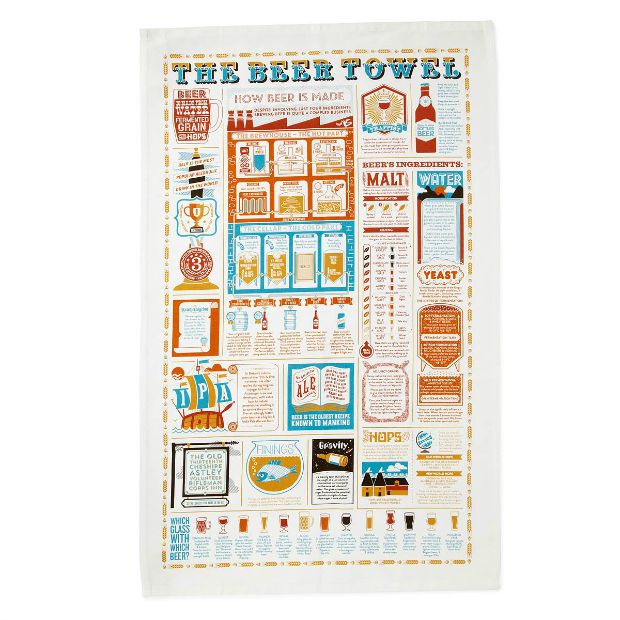 5) There are other, longer examples of beer pipelines. The Veltins-Arena, a German football stadium in Gelsenkirchen, boasts a 5 kilometer-long pipeline to supply beer to over 60,000 thirsty spectators at its 100 eateries. And in ale-loving Belgium, the city of Bruges plans a 3 kilometer-long underground pipeline to connect the De Halve Maan brewery to a bottling plant, diverting disruptive trucks from its historic cobblestone streets. 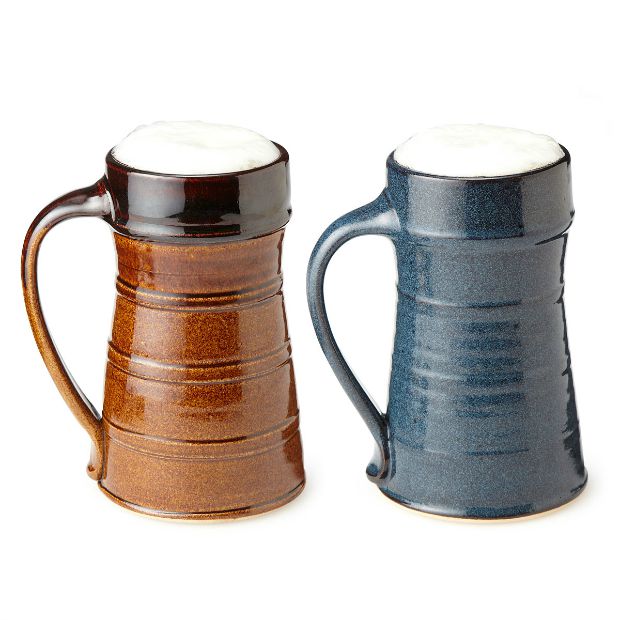 6) Still not convinced that beer should be your beverage of choice? Looking for a divine sign? How about a blessing from a beloved American “Founding Father?” These impulses have encouraged the conviction that Benjamin Franklin once said “beer is proof that god loves us and wants us to be happy.” Healthy, historic, and encouraged by such an august figure—how perfect is that? Unfortunately, this beer drinker t-shirt favorite has little basis in fact. Franklin did write a similar sentiment about wine, musing on the miracle of the Biblical wedding at Cana: “Behold the rain which descends from heaven upon our vineyards; there it enters the roots of the vines, to be changed into wine; a constant proof that God loves us, and loves to see us happy.” (letter to André Morellet, 1779). Apparently, this statement has been paraphrased through the years, and “wine” replaced with “beer”—perhaps by someone in the beer lobby with a love of colonial wit. 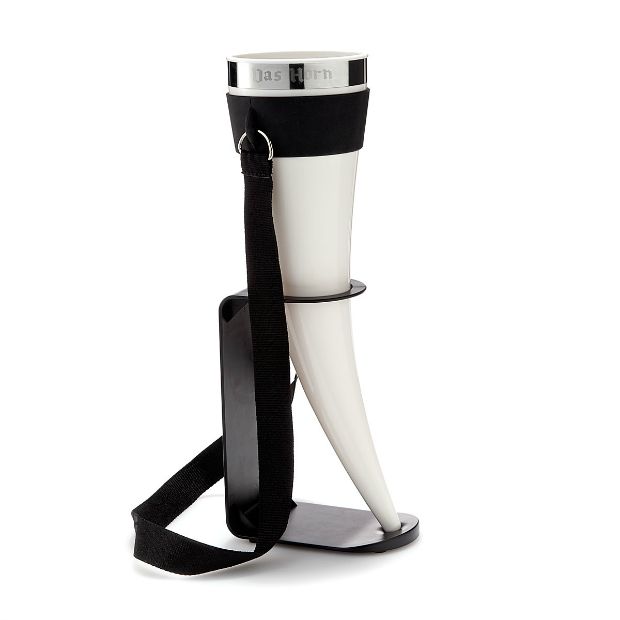 7) Short of “proof that god wants us to be happy (beer drinkers),” there’s a surprisingly long list of saints who bless beer culture. The roster includes Augustine of Hippo, Luke the Apostle, and Nicholas of Myra. If that last one sounds familiar, it’s the St. Nicholas—aka Santa Claus. Other saints have more specific, local associations, such as Arnold of Soissons, the Belgian patron saint of hop pickers. But if there’s one saint-like figure beloved by brewers, it’s Gambrinus. Likely an amalgamation of a Flemish king and other historic figures, Gambrinus is depicted as a jovial, bearded monarch of malt, often bearing a stein or a keg as attributes. The renowned Czech brewery Pilsner Urquell (originator of pilsner beer) honors Gambrinus with their beers of the same name. 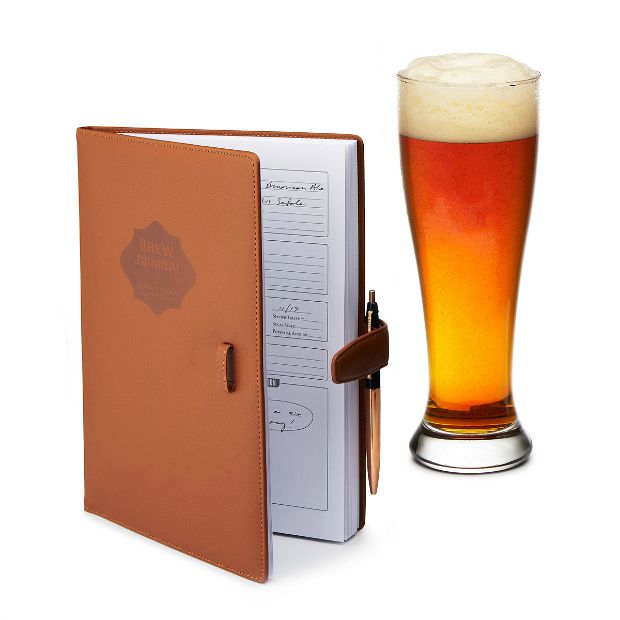 8) Back to that Bavarian assertion that beer should only have a four-ingredient recipe. For reasons good and bad, brewers through the centuries have thrown other things into their worts. Early American brewers had to improvise with what they had available, adding pumpkin, spruce tips, and verboten adjuncts like corn and rice to their beer. More recently, the craft beer revival has encouraged experimentation that’s scrapped the Reinheitsgebot—with mixed results. This pursuit of novelty includes ingredients from the questionable to the downright revolting: chili peppers, wasabi, mustard seeds, oysters, pizza crust, and coffee brewed from beans recovered from the droppings of a civet. But the grand prize for off-putting beer ingredients must go to the Oregon brewery that used a yeast strain cultivated from the brewmaster’s own beard. Waiter, there’s beard yeast in my beer… 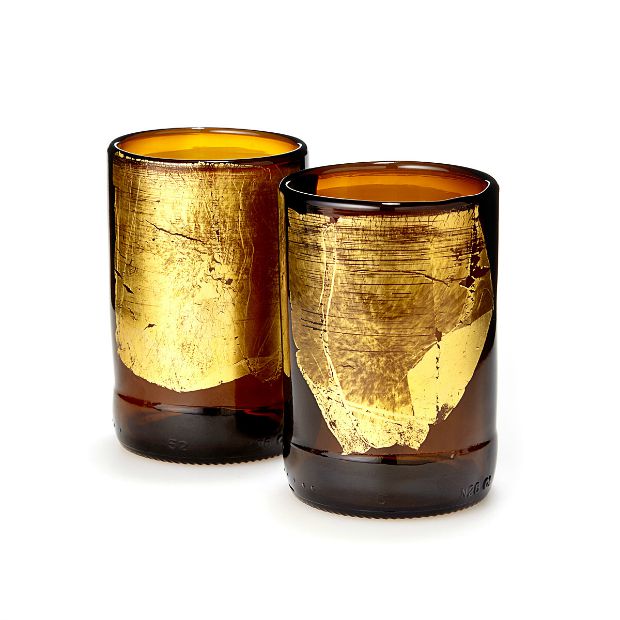 9) Whatever its unusual ingredients, no beer can promise everlasting life, but at least one fictional tale casts a beer as a powerful potion and plot device. In Tim Powers’ fantasy The Drawing of the Dark, an inn in Vienna brews a mystical beer called Herzwesten (“the heart of the west”). Tapped only once every 700 years, the beer is a sort of earthy eau de vie, which ultimately helps revive the Fisher King, spiritual protector of the West against an impending Ottoman invasion. This portrayal of beer as a sort of alchemical avatar is a reflection of how highly prized it is European lore, history, and culture. 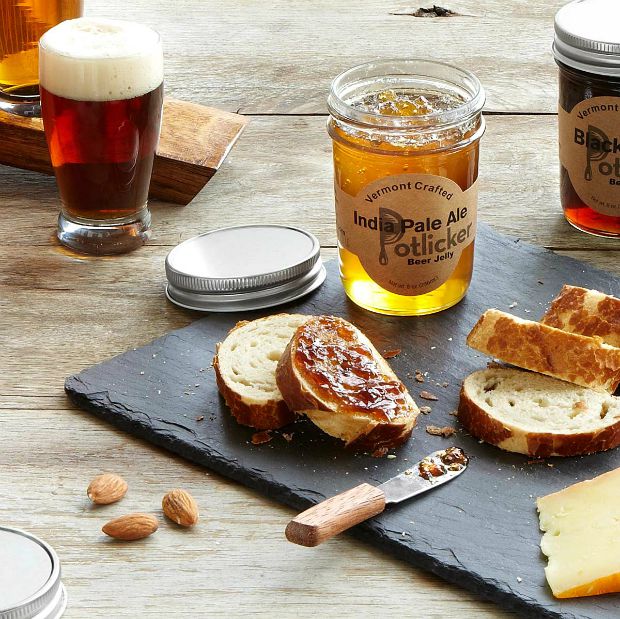 10) Bonus: the brewmaster in The Drawing of the Dark is the aptly-named Gambrinus.

Uncommon Knowledge: What Month is Oktoberfest?

Inspirational Jewelry Artist Kathy Bransfield: Moved by Words Every Day of Her Life