Gifts for Kids: 15 Educational (and Fun!) Toys and Games 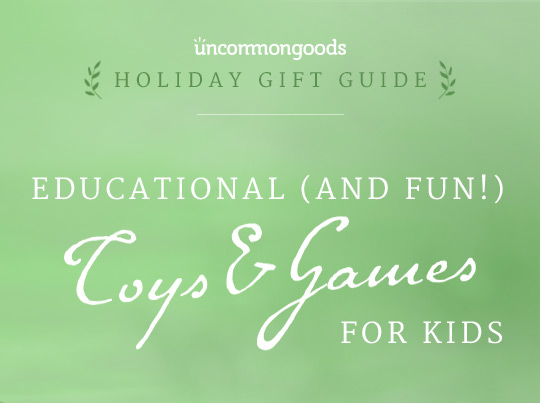 Did you ever dream of growing up to become an astronaut, world-renowned artist, or president? Chances are, the kids on your holiday list are filled with the same big ambitions and want to absorb all of the knowledge they can along the way to adulthood. Keep those young, audacious spirits excited about learning the wonders of the world with these gifts that encourage creativity and make education fun. 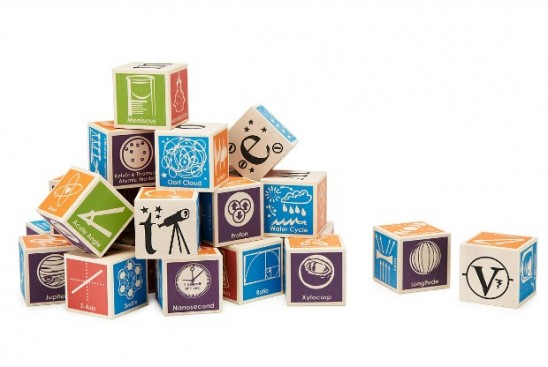 1. It’s true that A is for apple and B is for boy, but your kid probably already knows that. Teach them the ABCs from “Absolute Zero”  to “Zoological Oddity” with Super Nerdy ABC Blocks. (Or let them show off all of the cool things their first initial stands for with this matching art.) 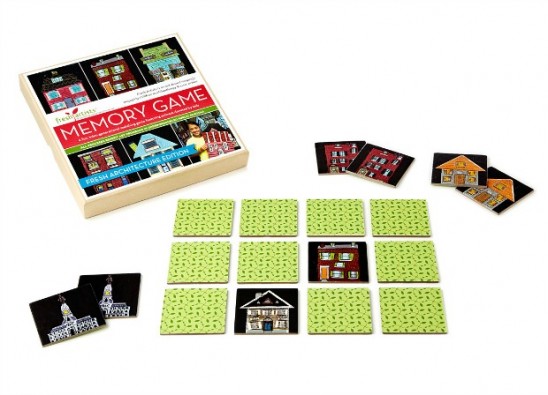 2. This update to the classic game of memory won’t soon be forgotten. | Fresh Architecture Memory Game 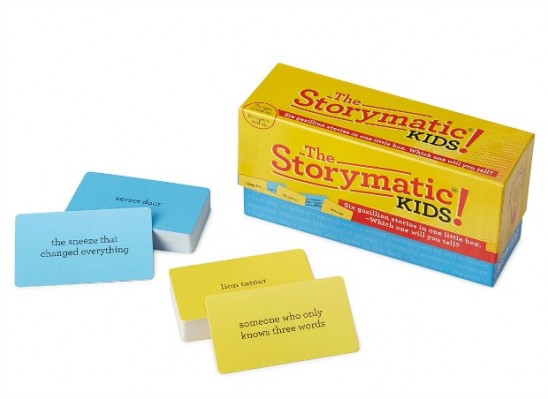 3. Whether you use the cards to tell a brand new bedtime story or listen intently as your kiddo writes an original fairytale, the Storymatic Kids Game is designed to help children of all ages think outside the book. 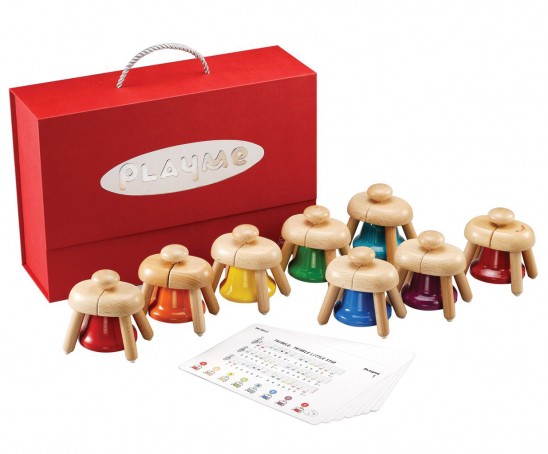 4. Sure, banging on pots and pans is fun, but your little percussionist can make beautiful music AND learn the C major scale with these Musical Pat Bells. 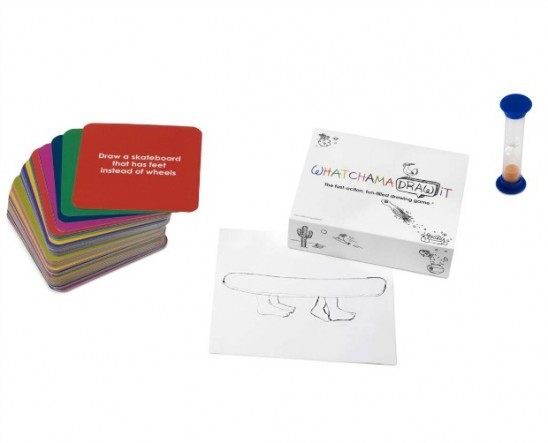 5. It’s not a whatchamacallit, it’s Whatchamadrawit–a super fun way to encourage kids to get creative through guided doodling. 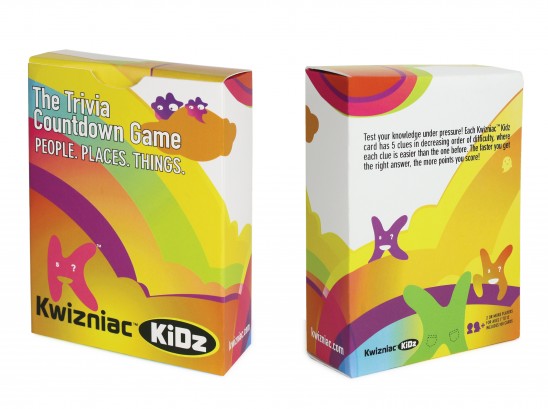 6. Tryouts for a TV game show might still be a few years away, but it’s never too soon to start filling a young mind with fun facts. | Kwizniac Trivia Game for Kids 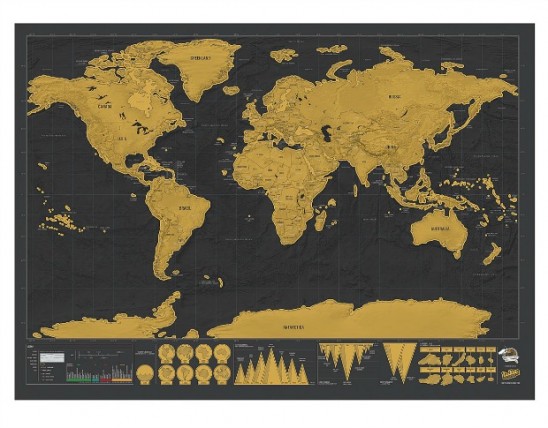 7. Whether the giftee is already a world traveler or dreams of visiting far away lands in the future, they can uncover adventures with the Scratch Map Deluxe. 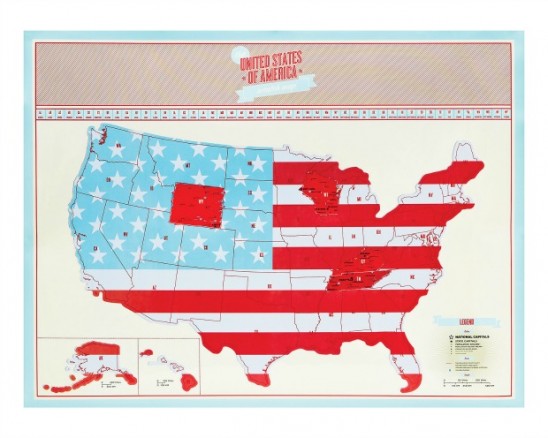 8. If your future explorer isn’t quite ready to have the whole world at his or her hands, the United States is a good place to start. | USA Scratch Map 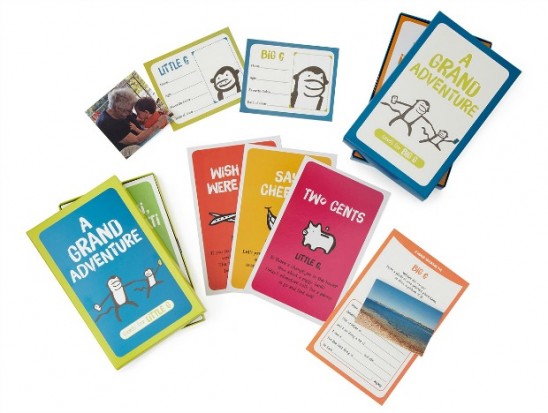 9. Grandparents: This is your chance to win extra spoil points. A Grand Adventure lets you give grandkids hours of fun with 20 activities for Big G (grandparent) and Little G (grandkid) to do together. 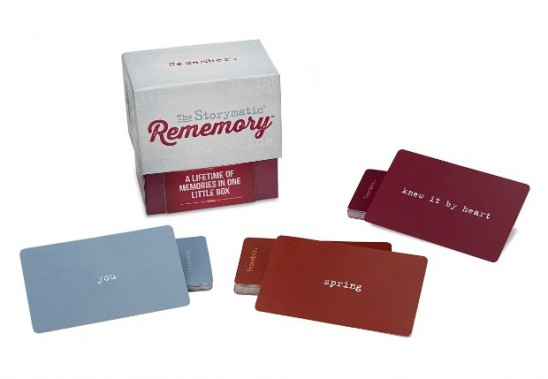 10. Recalling old memories can be just as fun as creating new ones, especially when those two things are happing at the same time! | Rememory Game 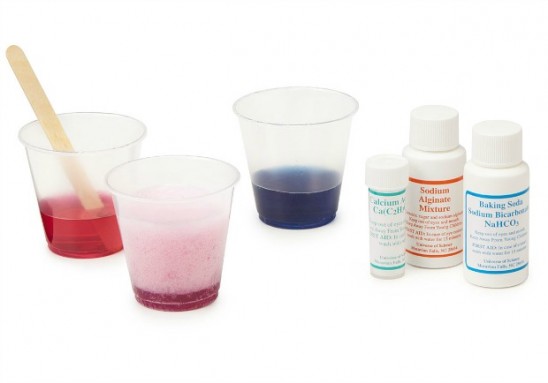 11. Many kids grow up to learn that cooking can come down to a science. In the meantime, the Kid’s Edible Chemistry Kit teaches the basics on acids and bases, pigments and polymers, and more. 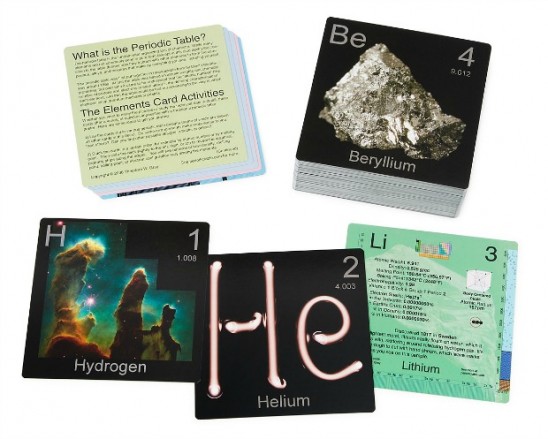 12. Not every kid (or adult, for that matter)  knows what bismuth or boron looks like, but this colorful card collection lets science lovers picture the periodic table in a new way. | Elements Photo Card Deck 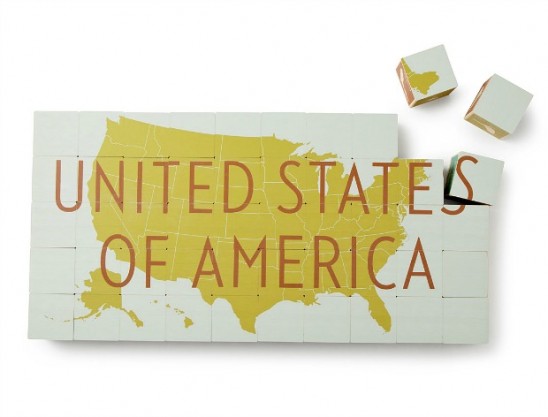 13. Your little guy or gal might still be too young for civics class, but that doesn’t mean they won’t be interested in the building blocks of our nation. | United States of America Block Set 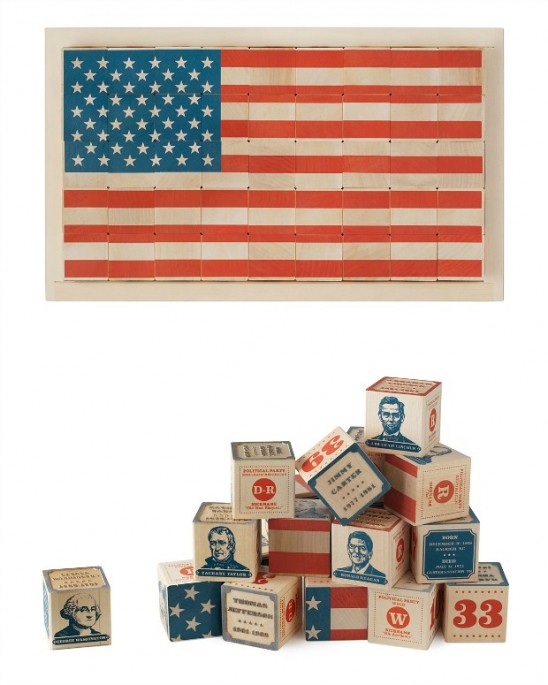 14. Want to be elected “best gift-giver ever”? Vote yes to the President Block Set. 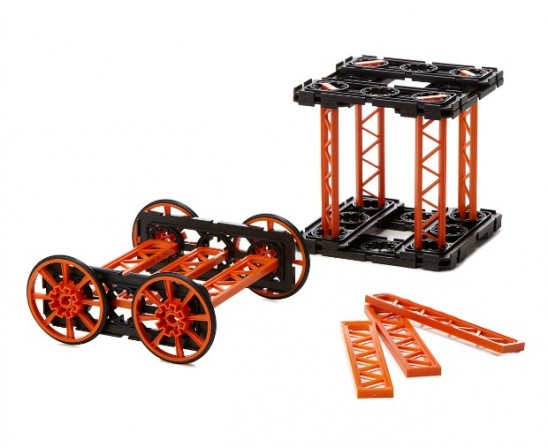 15. Tiny tinkerers will get an introduction to kinetics, practice puzzle solving, and hours of imaginative play with the Hanz-Genius Kit.

Inside the Artist’s Studio with Ronda J Smith