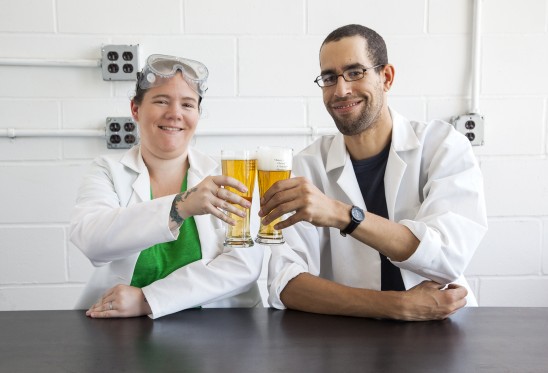 Research:
I first saw UG’s HTML Beer Glasses in our warehouse – a shipment had just arrived and a few units were pulled out for our Receiving team to quality check. I had no idea what they were for. Honestly, my first thought was, “Why would anyone want a beer glass with weird printing on it?” Then one of the guys explained to me that the idea behind the printing is to help create the perfect pour – ah-hah! That made a lot more sense. So, feeling a bit like an idiot, I researched the seemingly-simply-but-actually-intricate-act of…pouring a beer. 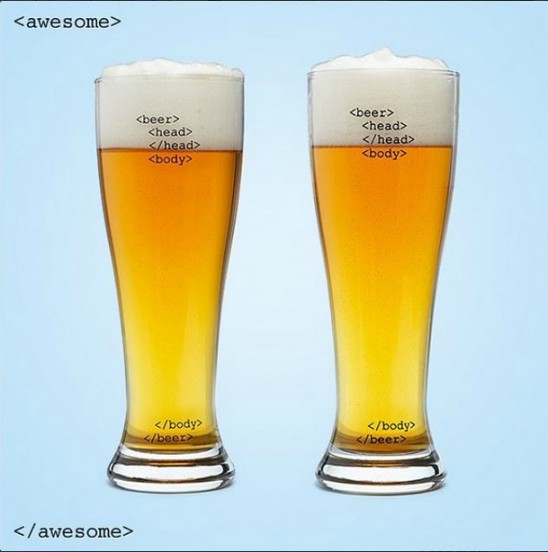 Hypothesis:
My initial thoughts: I will likely learn way more about foam than I ever imagined. I will be able to pour a prettier beer, but with little effect on actual taste. I will take regrettable pictures of myself and co-workers “testing” various possible scenarios.

We headed to the Irish Haven in Sunset Park, Brooklyn for their weekly “Taco Tuesday” night. Despite the busyness, Mike was quite cheerful about both discussing our cool glasses and letting us know how they worked. He poured an IPA into one of our HTML Glasses and a Belgian Wheat beer in the other. Both poured perfectly in line with the glass’s indicators, though we were quick to note a difference after the pour. 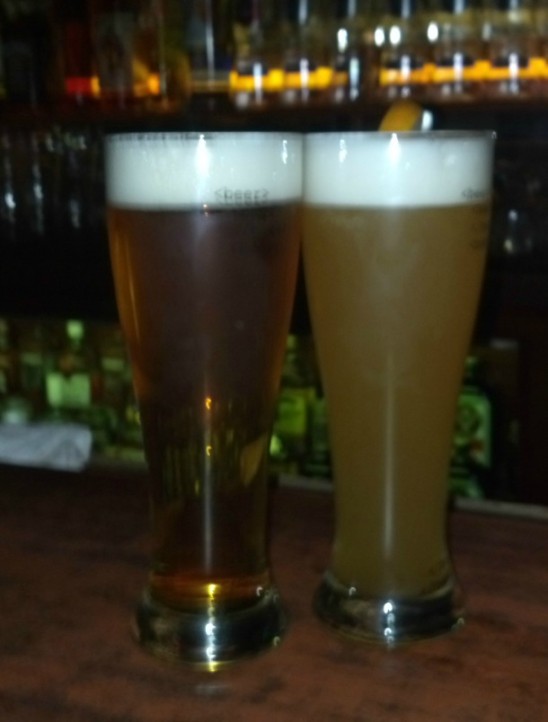 Turns out, given the height and shape of these glasses, they should be used for ales or lagers. The tall, thin style will keep them colder longer, and the relatively light head those beers come with will be well-showcased by the lean shape. Lighter beers will evaporate more quickly. Something like a good quality ale will work fine in this glass, but when you go lighter, like the Belgian we tried, it will evaporate too quickly and the head will be lost. If pouring a “sturdier,” heavier beer, it would make sense to have a wider glass, as this will allow the beer to breathe more. Those beers tend to have heavier foaming characteristics anyway, so one has to worry less about the head evaporating. 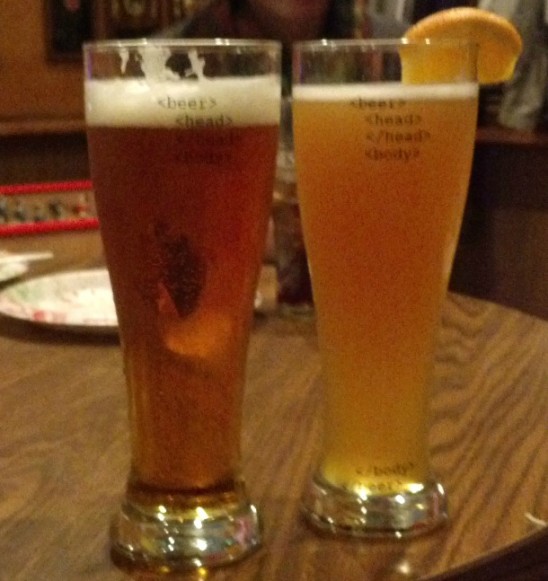 Conclusion:
Beer, in all its forms, is wonderful. But if you want to get the perfect pour of high quality lager or ale, these glasses will show you the way with style.

Kris is a Merchandising Assistant at UncommonGoods. She has 8 tattoos, but hates getting shots. She's lived in major cities for more than a decade, but has always wanted to move to a farm. She loves gardening, from tiny window boxes filled with herbs to the rows of veggies she'll plant when her dream farm becomes a reality. And, although she studied creative writing, she hates writing blurbs about herself.