A Perfect Design for Your Knitting Nest 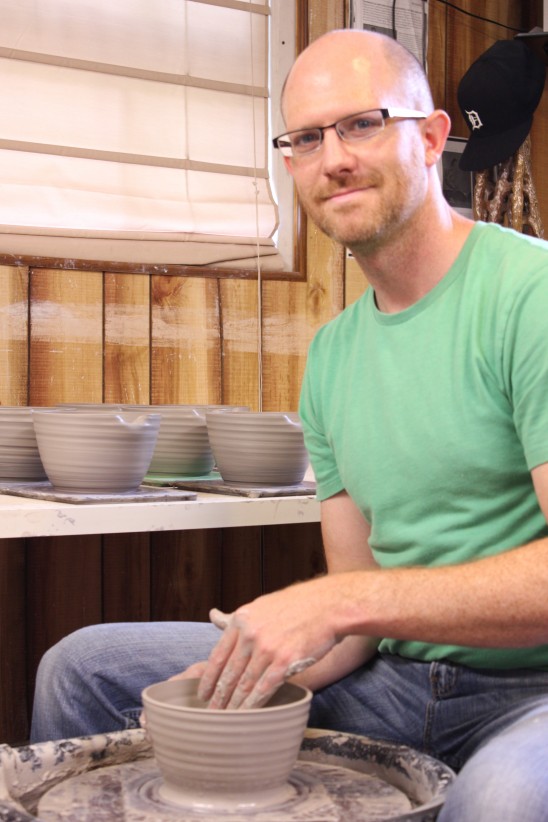 The son of an architect father and artist mother, Aaron A. Harrison quickly gravitated towards all things creative. LEGO towers gave way to kindergarten art contest wins, which eventually gave way to an MFA in ceramics and sculpture. Knowing he wanted to play with clay forever, Aaron decided to turn his passion into a career once he started raising a family.

While working in production at a ceramic slip casting company that specializes in bird feeders, birdhouses, and nightlights, Aaron began to shift his focus from artist to designer. “It was here that I learned how to run a production studio,” says Aaron, “making products from clay was preeminent to making clay art.” Working with all the bird-friendly pieces at the studio also fostered an appreciation for the bird form, inspiring Aaron to incorporate the winged creatures into his own designs once he started his own studio in 2009. 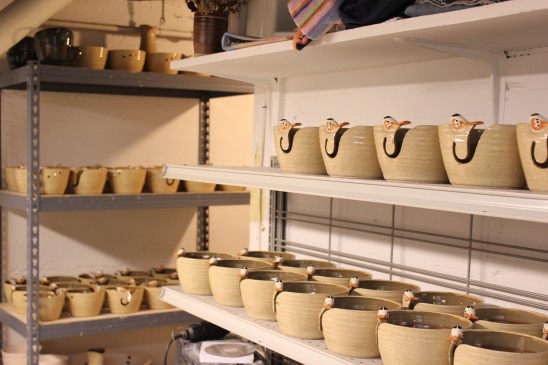 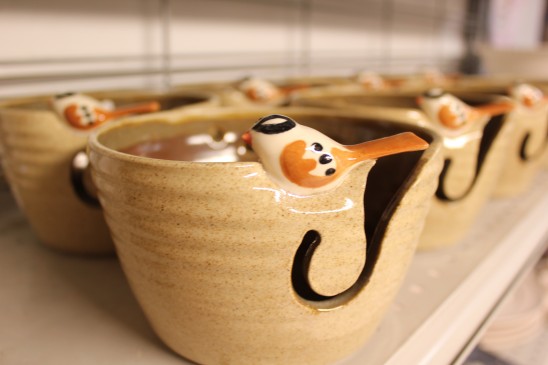 On his process, Aaron says, “creativity as a designer follows the need to solve a problem.” In the case of one of his most popular designs, this problem was the unrolling of yarn. After two separate friends asked him if he made yarn bowls, he researched the concept, made some prototypes, literally put a bird on it, and the Birdie Yarn Bowl came to be. Each yarn bowl begins as a ball of clay that is then thrown by hand on the potter’s wheel. Once the bowl firms up, the bird is added, then the hook and holes. After an initial firing and glazing, each bird is painted by hand, then fired one more time to seal it all in. 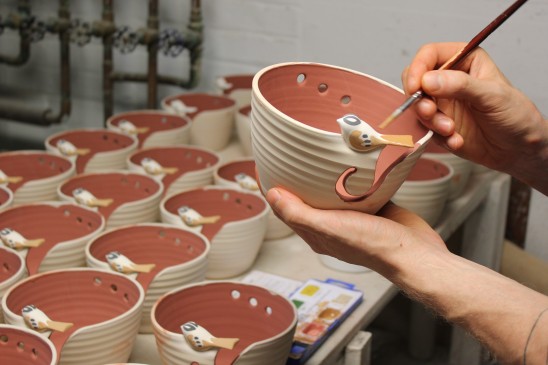 Aaron works out of his 500 square foot basement, painting each individual bird himself and packing each completed yarn bowl for shipping. “It’s not uncommon to find my children wrapped in bubble wrap or making packing peanut soup for their dolls,” says Aaron of his at-home operation. For inspiration while he works, Aaron keeps drawings from his children around, as well as a LEGO calendar (“my second favorite pastime after ceramics”), and an architectural drawing of an observatory from his father. 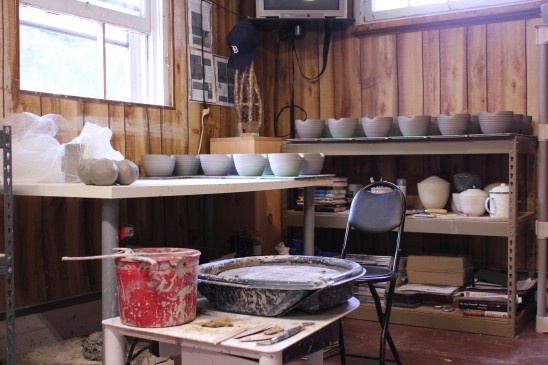 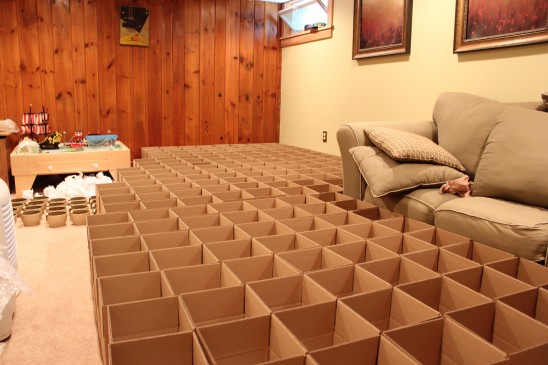 With all this inspiration by his side, it’s no wonder Aaron’s work has been featured in Knit Simple, Vogue Knitting, and Knit Scene. Though he’s “still waiting for Oprah or Martha Stewart to place their orders,” Aaron gets immense satisfaction from the feedback of others, telling him that his piece inspired them to be more creative. Both this and the opportunity to work from home are the ultimate pay-off. “Sitting at the wheel three to four hours a day, working long into the night to finish an order, and the physical strain of manipulating the clay can take its toll,” says Aaron, “but I am working for myself and I can see my children grow up. In the end, it’s a tremendous blessing and extremely satisfying.”