Some believe that Plato said, “It was a wise man who invented beer.” While Plato probably never actually said that, and we don’t know who exactly came up with the ingenious idea to turn cereal into booze, we do know how to make beer. Or I should say, we learned, thanks to our exclusive Craft a Brew Beer Brewing Kits. 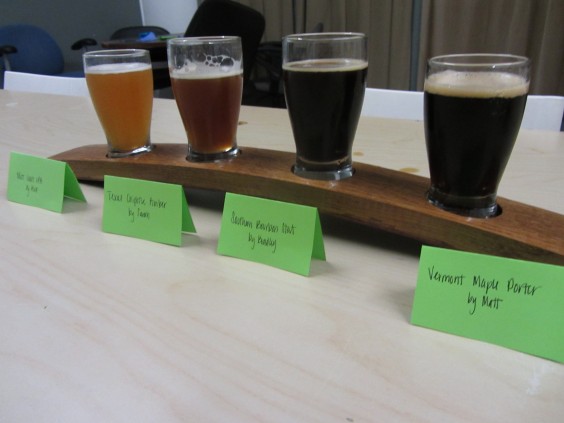 To make sure our educational experience was comprehensive, we decided to test each of our new home brew flavors by comparing them during an in-office beer tasting; but first, we had to wrangle some brewers. 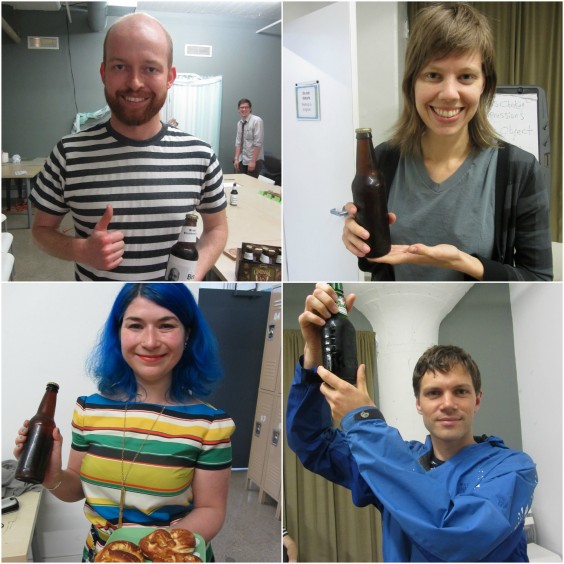 The goal was to keep this competition fair and balanced, but Brad did make an attempt to pick up some bonus points by adding a personal touch to his finished product. Kira went another route and, knowing that the way to a beer judge’s heart is through the stomach, brought some homemade pretzels. (She insists that these were for the purpose of palate cleansing between sips, and were no way intended as a bribe.)

There is also some suspicion that two of the contestants may have been in cahoots. 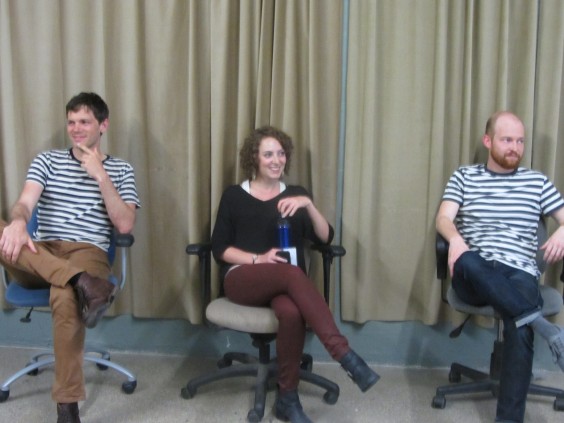 While it wasn’t too hard to get the brewers on board, recruiting judges was almost too easy. (Apparently, people jump at product testing opportunities when they involve delicious adult beverages.) 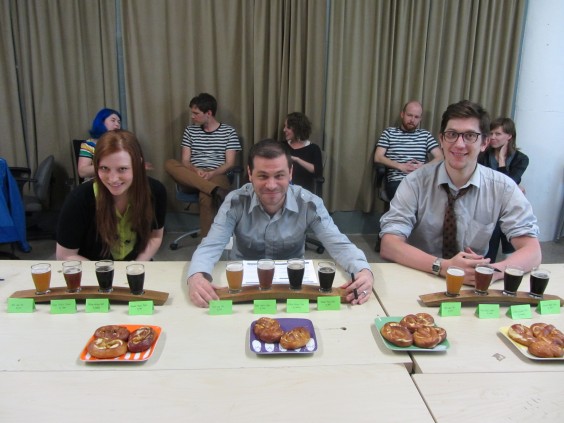 With beer flavor checklists in hand, the judges tried each carbonated creation. Here are some beer basics discovered during the tasting. 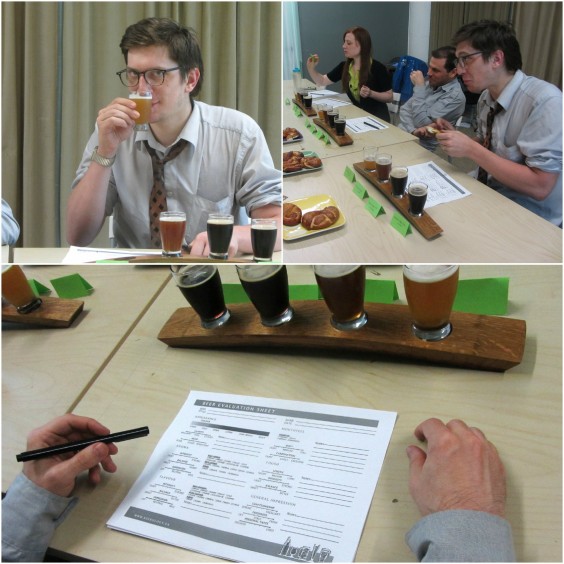 West Coast IPA
Kira’s brewing tip: “Be Tall. It’s hard to pour things!” You have to place the strainer on top of a funnel on top of the carboy, so a step stool (or a short table) may be required to help shorter folks make beer with ease.

Judges’ Notes: Stephanie said “it definitely smells like an IPA,” but upon tasting said that this IPA “isn’t super hoppy.” She commented on notes of “citrus” and described the flavor as “75 degrees and sunny.” The beer was served cold, though. Just for clarification, the IPA could be described as tasting like a summer’s day.

Brian agreed that the beer “tastes like California,” and said that it may be a good choice for someone who doesn’t love IPAs, since it’s not too “IPA-ie.”

Texas Chipotle Amber
Sarah’s Brewing Tip: “It’s a weekend project, because it does take a while to set up.”

Judges’ Notes: Brian called this brew “ridiculously good,” “smokey and spicy,” and “interesting.” Paul agreed with the interesting comment, and added that it was “fresh,” and had “a hook…not a gimmick.”

Stephanie also called out the unique spiciness of the beer, and said she was a fan of the “big, bold Texas flavor.”

Southern Bourbon Stout
Bradley’s Brewing Tip: “Malt, grains, and patience.” He also reminded us that his kit took a little longer to brew, on account of the extra step of soaking oak chips in bourbon to infuse the beer.

Judges’ Notes: Paul was near-ecstatic about the subtle, unexpected sweetness of this stout. He described it as “almost like eating cookie dough.” Brian agreed that it was sweeter than expected, but said that though the smell was intense, like a “shot of vanilla,” the actual taste held a “multitude of flavors.”

The judges agreed that the bourbon taste was there, but it wasn’t overpowering.

Matt’s Brewing Tip: “Read the instructions before you start, and make sure to sanitize everything.” Matt’s tip came about after a bit of a brewing faux pas. It turns out, that his inner lumberjack was actually neglected–he forgot to add the maple syrup.

Judges’ Notes: “It’s hard to judge accurately without the syrup,” said Stephanie. But, despite the porter’s syrup-less-ness, she called it “creamy,” “very malty,” and “smooth drinking.”

Brian didn’t appreciate the deviation from the recipe. “Matt’s renegade style often gets him in trouble,” he said. “This is another example of that.”

Paul was also unhappy with the not-maple porter, and decided to add some syrup after the fact. This improvisation is not recommended. 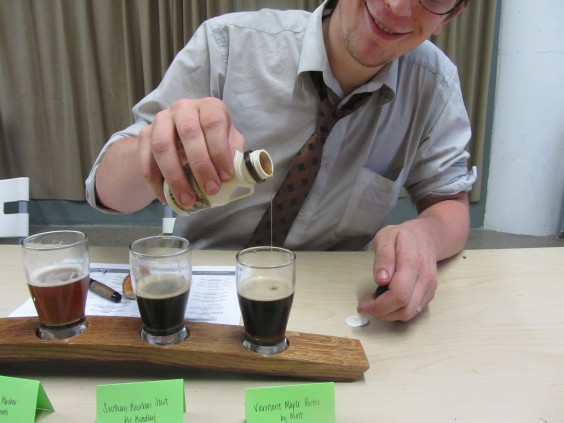 When the flights were finally empty, the judges all agreed on a favorite. While the Bourbon stout was a close second and “equally as good [taste-wise as the winner],” according to Brian, the champion was the Texas Chipotle Amber, which is “more memorable.”

Sarah took home the prize (which is the knowledge that she chose the beer kit the judges liked best) and all involved in our brew-haha finished the remaining spicy chipotle, (sans) maple porter, subtly sweet stout, and refreshing IPA.

Uncommon Knowledge: Is your dad a cold fish?

Uncommon Knowledge: What word is its own worst enemy?