Inside the Artist’s Studio with Kristy Hadeka & Sean Tice 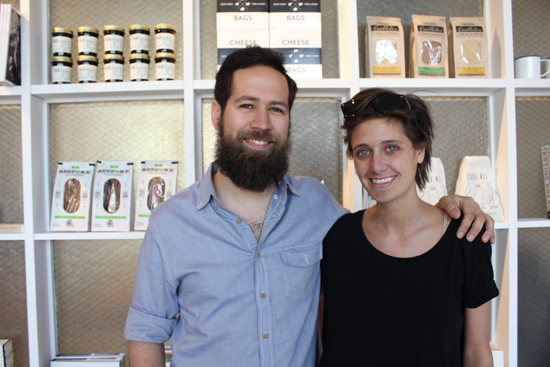 Days before I made it to the Red Hook work space of Sean Tice and Kristy Hadeka, they were putting the finishing touches on Brooklyn Slate Co’s new home, a space that took a hard beating during Hurricane Sandy. A line painted on an exposed brick wall shows where the water came up last October. At the time they were beginning construction on their new office and showroom, and had begun to store all of their merchandise and computers.

Months later, their space is a rustic, welcoming meeting space where they can work on new designs and meet with clients. I was happy to learn that behind the homey facade, Sean and Kristy were as warm as their aesthetic–serving as true advocates of their new neighborhood and neighbors. Take a look inside their work space and see what makes Sean and Kristy (and Garp) of Brooklyn Slate Co such Uncommon Artists. 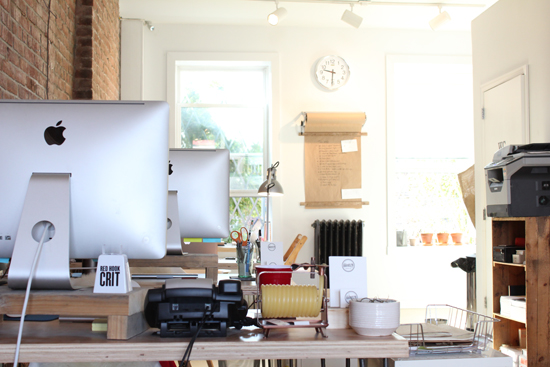 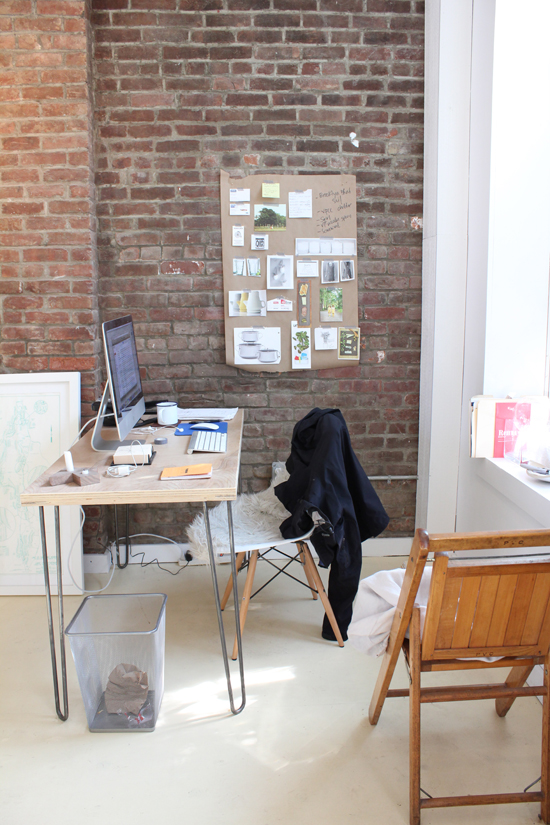 Where do you find inspiration within this space?
Kristy: When we found this space, it was completely stripped down and raw. We built it out using materials and colors that make us feel really comfortable and at home. It’s open, airy, and relaxing – perfect for finding inspiration. 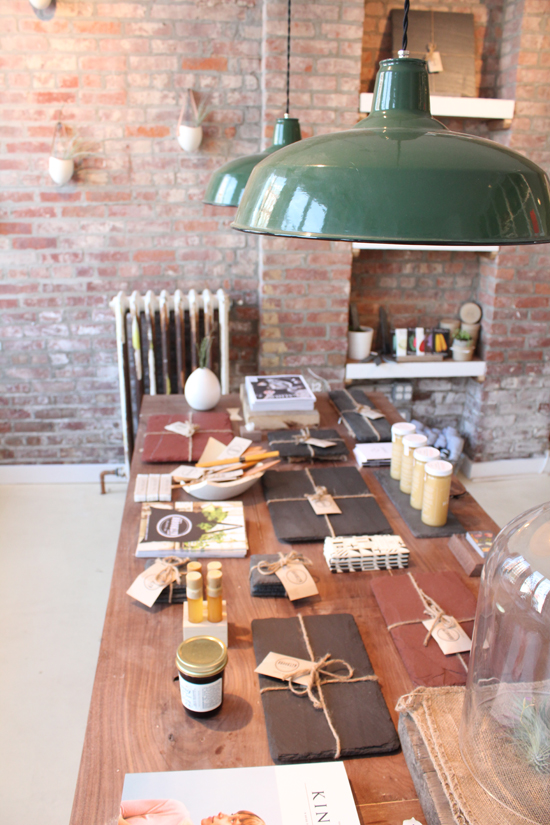 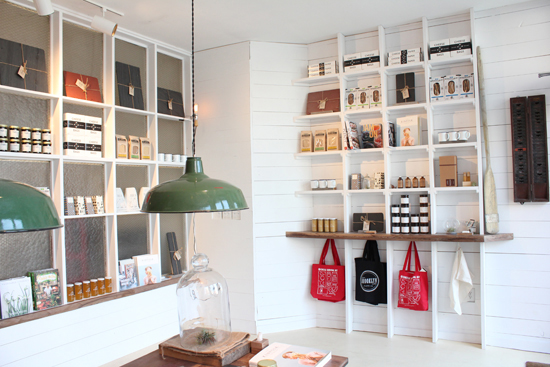 Where does down time fit into a day in the studio?
K: Red Hook is a great neighborhood to walk around and explore – whenever we need a few minutes, we pick a direction and go for a walk.
S: Our dog also accompanies us at the shop on most days, so we take him to the park in the morning and late afternoon. I usually stop by Baked for a coffee or tea, then we go and throw the ball around.

What was the toughest lesson you learned as a young designer starting a business?
K: You should never be afraid to ask for help. Whether you need feedback on an idea you’re working on, or you find yourself managing an area of the business with which you have no experience, it’s important to know you can always go to someone you trust for feedback. 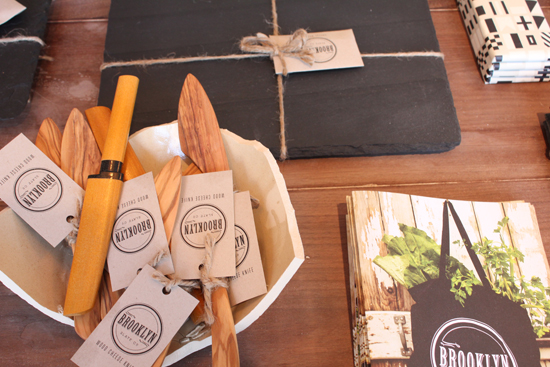 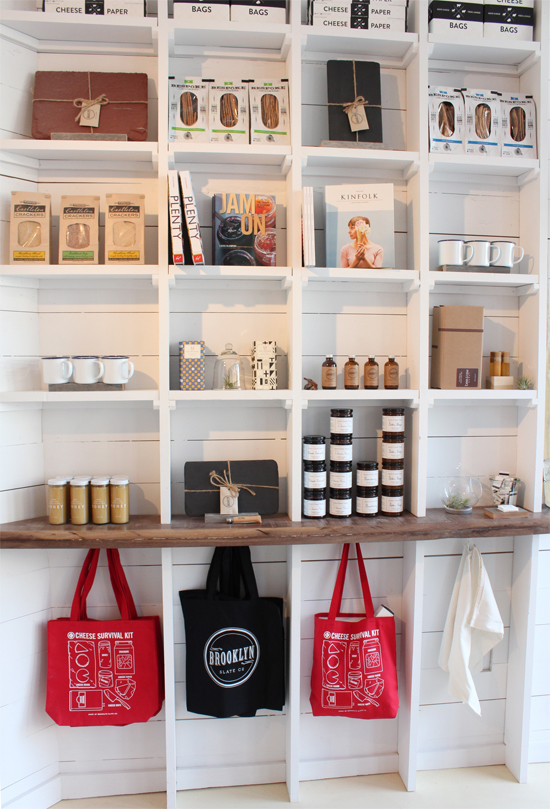 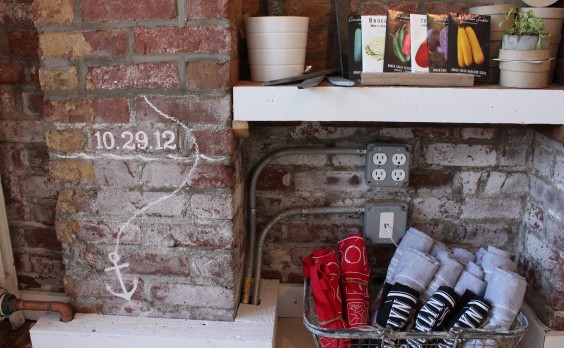 How and when do you decide to celebrate a victory?
S: We celebrate small victories every Friday with Beer Friday, when we pair a new beer we haven’t tried before with a cheese. Often, someone on our team will bring in something homemade for us all to enjoy, and we’ll pair a beer with that.
K: A big victory always requires the team head to the Ice House, one of our favorite watering holes in the neighborhood.

What are some new skills you are trying to acquire to perfect your craft?
S: We recently started developing other tabletop items that aren’t necessarily made of slate. I typically sketch ideas by hand, but I’m learning Google SketchUp so I can create more detailed renderings. 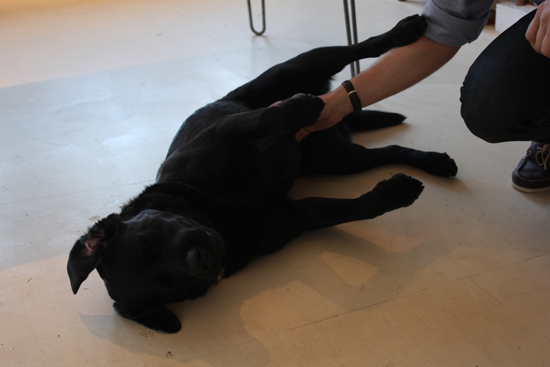 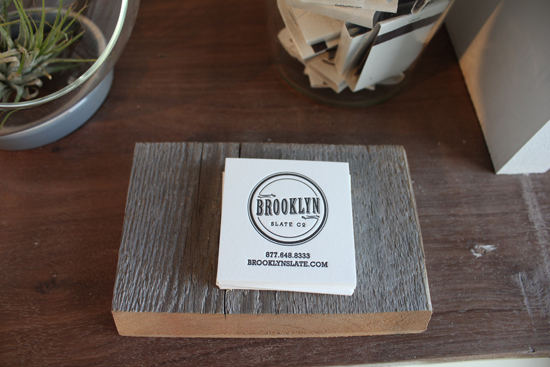 How do you recharge your creativity?
K: We both love running. It’s a great way to reset or gain perspective, especially when you’re stuck on an idea. There’s also so much to see in New York, and running is the best way to do it.

Where does collaboration come into play with your craft?
S: Collaboration comes into play in two ways – on the one hand, we’re always exploring ways to collaborate with other producers in New York. Within the company, everyone is encouraged to speak up as new ideas come to them. Our shop and office are one and the same, which encourages open communication between everybody. Even if you’re not participating in a particular conversation, just overhearing a discussion can plant a seed in your own mind.

Uncommon Knowledge: What does your nosegay say about you?