Wheat Grass in the House (and the tortoise, and the cats)

At UncommonGoods, we’re big proponents of “Reduce, Re-use, Recycle.” Nothing goes to waste, if we can help it. Last week, our Creative team did something super-top secret with 24 flats of wheat grass. Afterward, rather than throw it away, Adam, our staff photographer, walked among our desks offering some to any takers. He left the rest on a shelf in one of our break rooms. 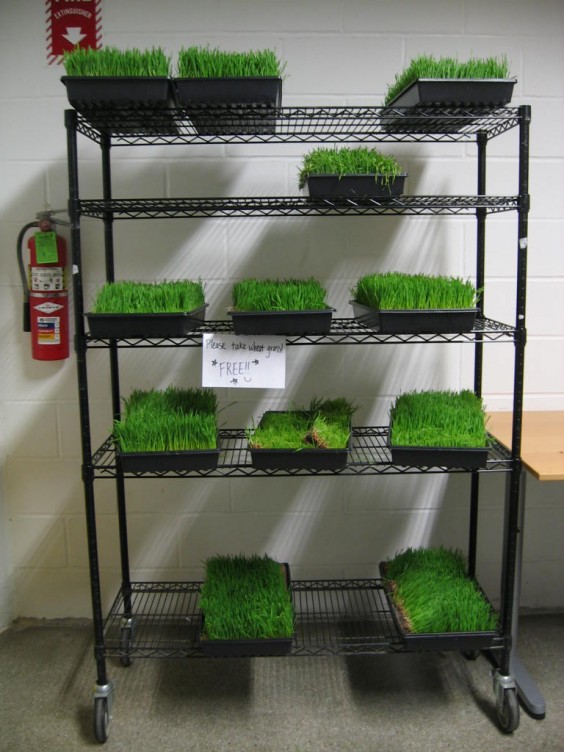 I happened to be tortoise-sitting last week for some neighbors who were out of town. Since Roberta – that’s her name – eats only greens, and the occasional flower when she gets lucky, I wondered if she could eat wheat grass, too.

A quick web search turned up both the type of tortoise she is (sulcata, or African spurred tortoise–a desert type) and the answer to my question: Grass is great. I learned that desert tortoises evolved to make the most of high-fiber, low-protein greens like grasses, and that lower-fiber, higher-protein supermarket greens that people eat are bad for their health. 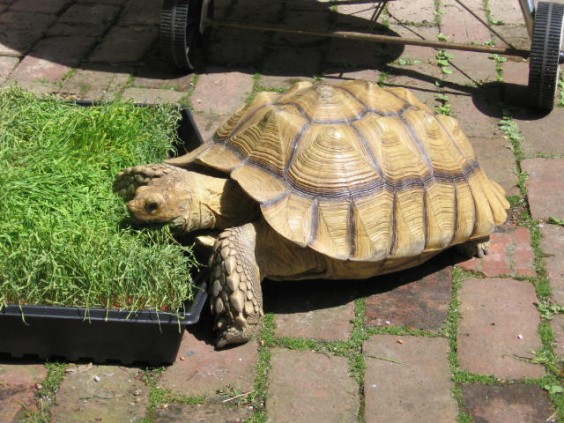 I brought some flats of the wheat grass to Roberta’s lair, and she went nuts for it. 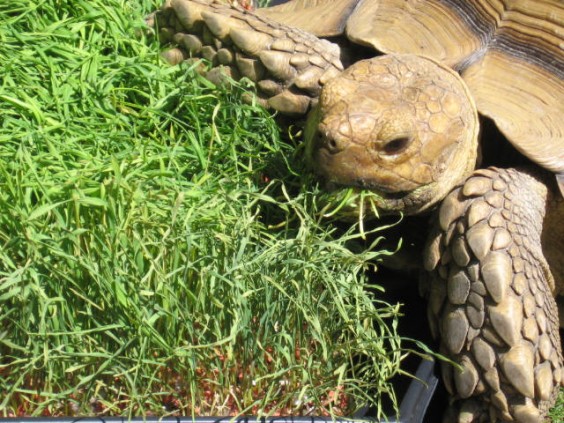 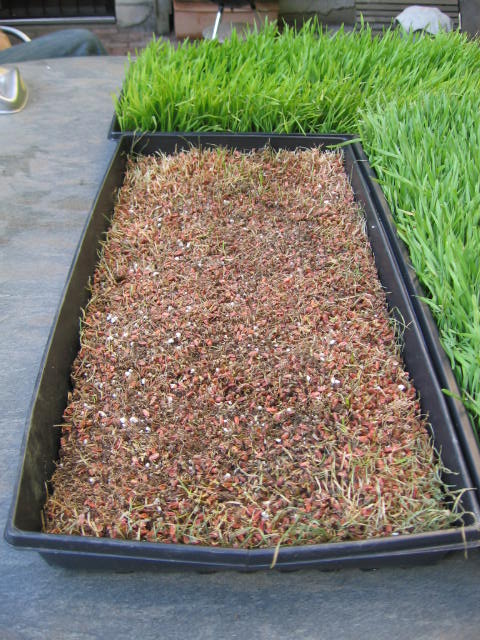 This is what one of the flats looked like after she had had her way with it for a couple of days.

Cats, too, enjoy the occasional blade of grass, so I gave a couple of flats to a friend who has five; three in the office and two at home; and to another friend who has two. All seven are rescues, saved from heartbreaking lives by the kindness and cat-craziness of my pals. 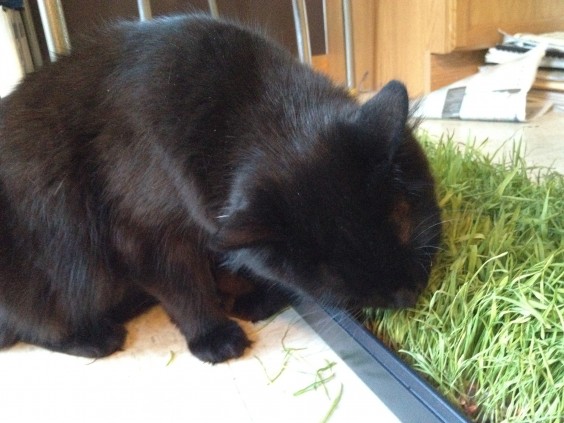 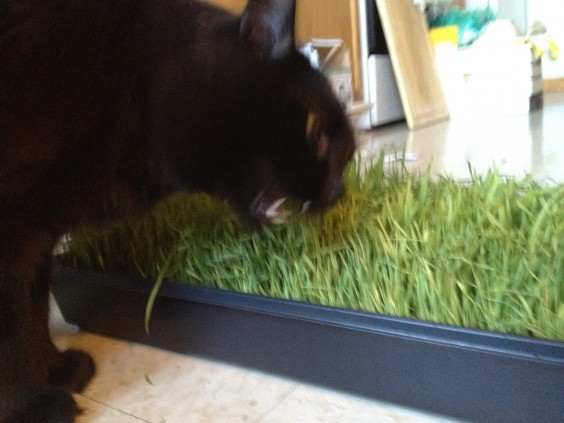 Pumpkin again, really getting into it. Check out those fangs! 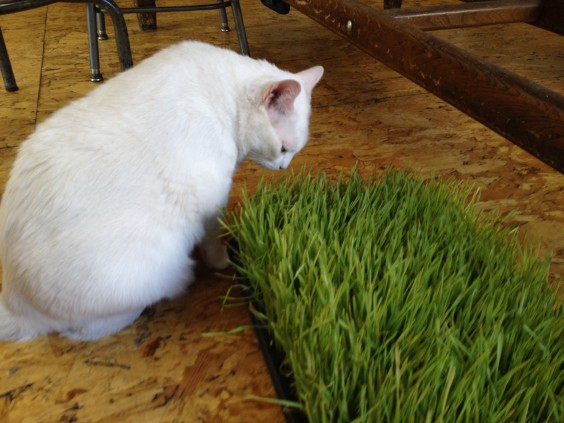 Gloria isn’t sure she wants to get involved. 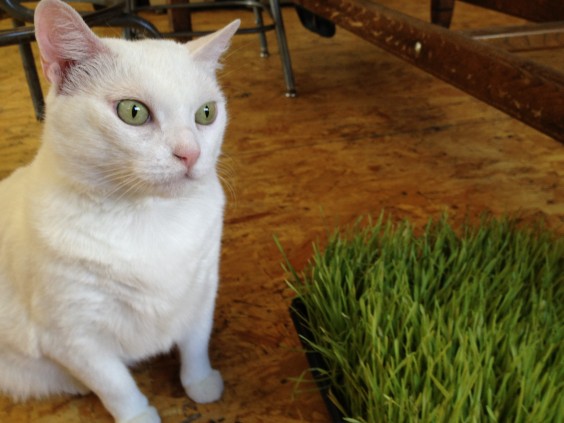 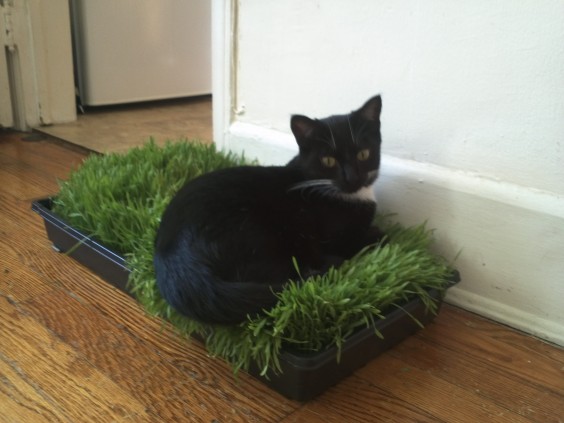 Beta is living the compleat wheat grass lifestyle: eating it, pretending to be a lion stalking in an African savanna, and finally, using it as his throne.

It doesn’t get much greener than taking something already green and re-using it–and finally, via the magical mystery of a tortoise’s digestive system, turning it into garden fertilizer. I decided to spare you photos of that.

How to Make It: Building Your Personal Brand