Punxsutawney Phil has spoken, and if the groundhog is to be believed, it looks like spring is right around the corner. Time to start thinking about spring flowers?

Last week, Treehugger blogger Sami Grover wrote about a growing movement of people swapping seeds. These folks are planting more than plants and vegetables; they’re committed to biodiversity in their gardens. Many will be meeting up in England for a “Seedy Sunday” this weekend. 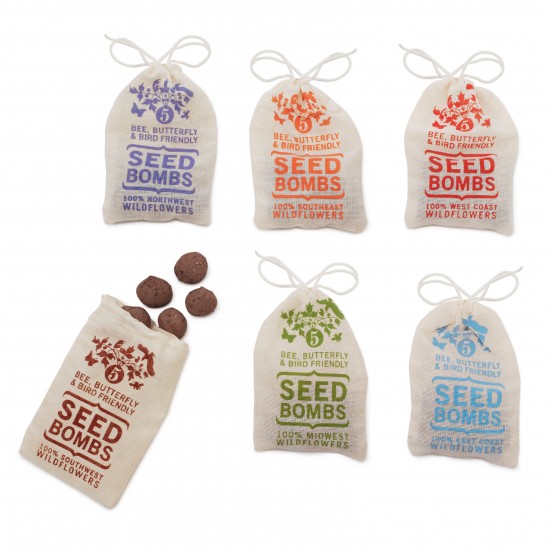 But if there’s too much snow on the ground to make it to a seed swap in your area, get started with our brand new wildflower seed bombs. Choose a packet from your region, and you’ll be ready to go with wildflower seeds suited to your area. Each bag contains 5 seed bombs, plenty to fill your backyard or share with your neighbors.

Originally these bombs were created as a way to revive vacant lots in Cincinnati. But I think they might just revive all of us from the winter blues!

Read on for a full list of seeds included in each set.