10 Easy to Grow Succulents for Every Home [Infographic]

With spring on the way it’s time to spruce up your gardening game. If you’re hoping for an easy and beautiful indoor garden sanctuary try succulents. Succulent plants come in a variety of shapes, colors, and sizes, suitable to all kinds of interior spaces. Easily identified by their juicy leaves and stems, these plants aren’t just pretty—they’re designed to hold water during droughts. Good news for the forgetful gardener: succulents are resilient, hardy, and versatile.

But with thousands of varieties to choose from, it’s hard to know which types of succulents are right for your indoor space. Low levels of natural light and cooler temperatures mean you’ll need to adjust how much water and fertilizer you use. Some adapt to hanging planters and terrariums better than others and some indoor succulents can even be toxic to your pets. When you get right down to it, there is a lot to know about succulent care! That’s why we’ve researched and compiled a list of 10 favorite indoor succulents to brighten up your home as the spring sunshine begins to brighten our days. 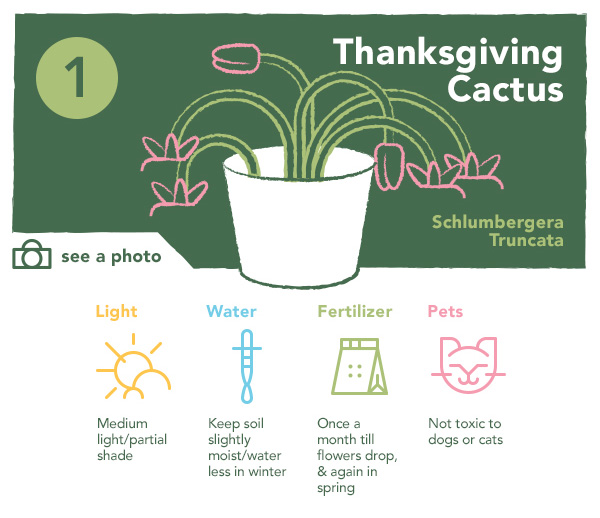 END_OF_DOCUMENT_TOKEN_TO_BE_REPLACED

Gift Lab: How to Keep Plants Healthy While You’re Away with the Self Watering Planter 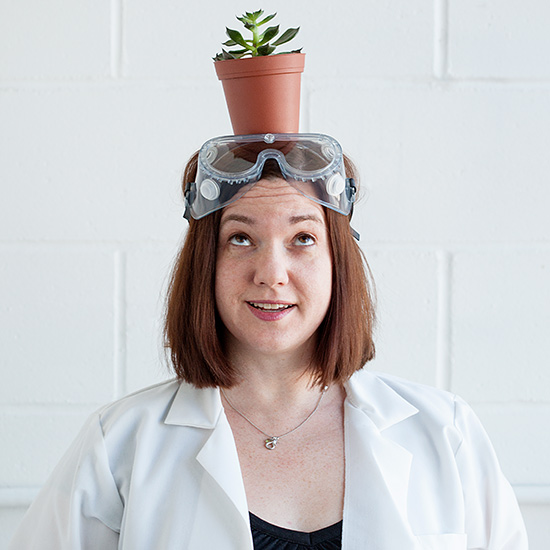 Research
I travel a lot and my plants tend to suffer because of it. Turns out it’s easier to find someone to take care of cats than plants – probably because the plants don’t complain as loudly as the cats do. Over the years I’ve tried a bunch of gizmos to get the right amount of water to the plants, but they were all either ineffective, the wrong size for my plant, or just plain old ugly.

Hypothesis
Let me be the first to say that I was skeptical about this planter. It was a good size and attractive, but it seemed too good to be true. The last of my non-succulent plants just died (thanks, cat-sitter), which meant that this was going to be a long experiment. Armed only with slow-drinking succulents, I took a chance on this planter.

Experiment
May 2013: I got my materials together: some succulent planting mix, some decorative rocks, and some new succulents from my favorite store. I took the lid off of the water compartment to check it out, but neglected to put it back on when I started filling the planter with planting mix. Lesson learned: put the lid on because that planting mix goes everywhere and it’s really hard to remove from the water reservoir. 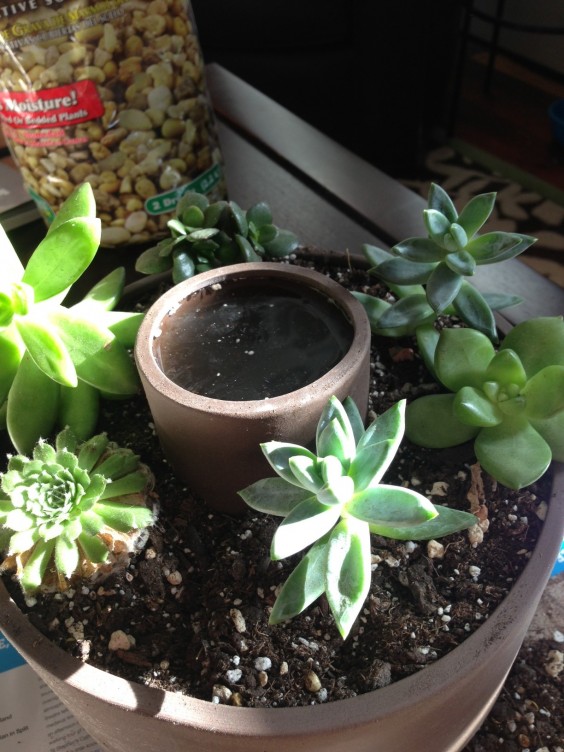 June 2013: I hadn’t checked the water in a month but the plants looked happy and healthy. The water level had definitely decreased, though it was hard to tell whether this was from the planter soaking up the water and it evaporating, or if the planter was delivering water to the succulents. I filled the reservoir and went on vacation for 3 weeks without leaving watering instructions for the cat-sitter. 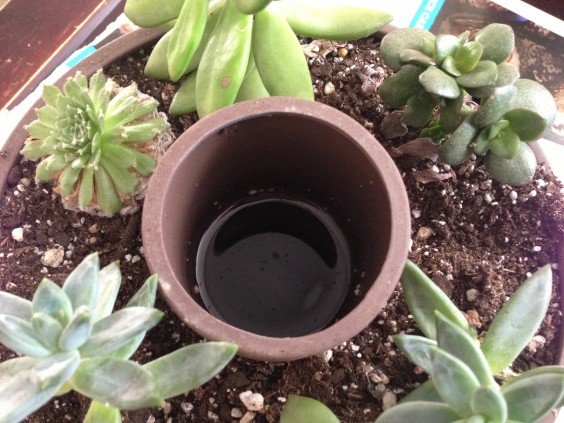 July 2013: I came home to find that (a) the cats were fine and (b) so were the succulents. They were larger than they were when I left and the water was about half gone. I was starting to become a believer. 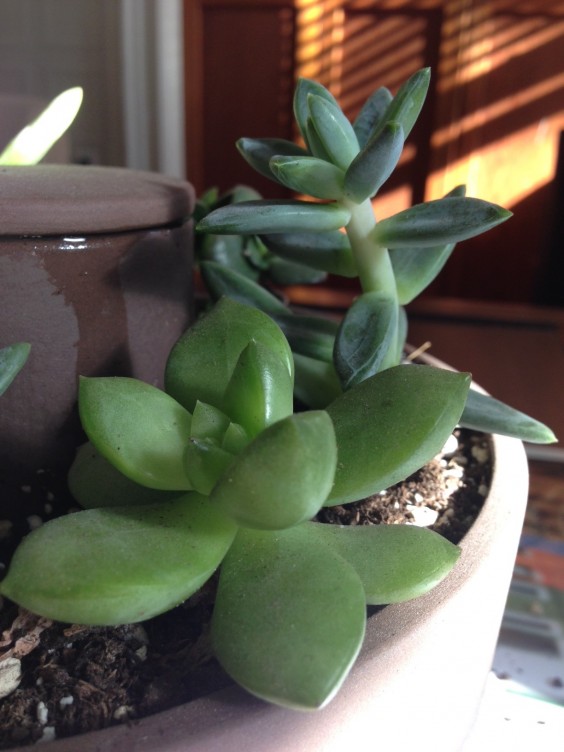 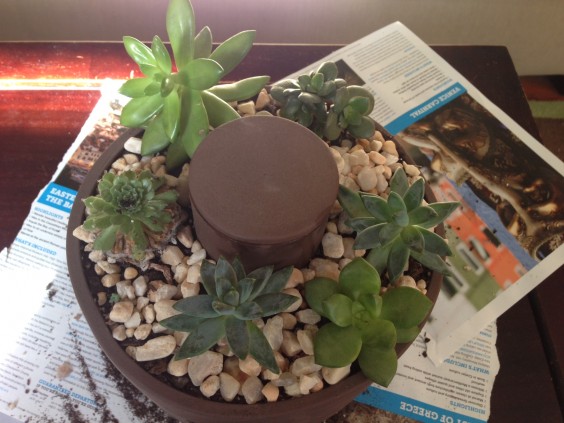 Conclusion
1. This planter actually works.
2. The planter has got to be much more impressive with something that needs more water. I’m going to get another one and try to grow some herbs.
3. Put some little plastic feet at the bottom of the planter to raise the planter a bit above the windowsill or table it’s sitting on. I found that the water in the reservoir affected the paint on my windowsill.