Birthstones By Month: What Do they Mean? 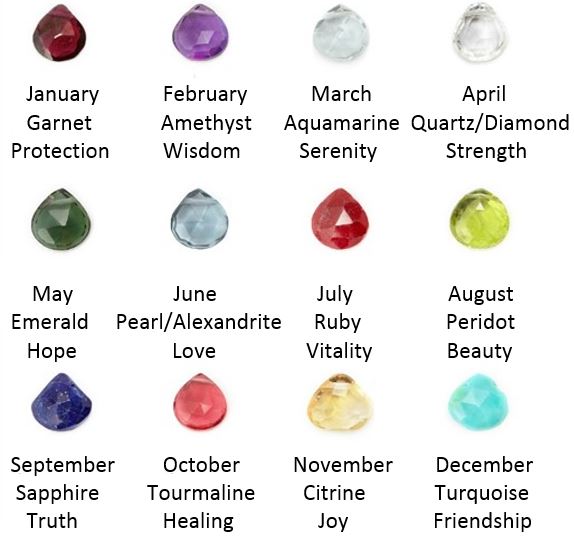 What is a birthstone?

Birthstones are gems that are associated with a birth month, each stone has a unique meaning and significance. Like horoscope signs, when you ask someone “what is your birthstone?” they almost always know the answer. Today you’ll commonly see birthstones in jewelry pieces, like necklaces, bracelets, rings, or earrings as reminders to celebrate your birth month all year long. Besides jewelry, birthstones or the colors symbolizing the stones show up in many other types of gifts and keepsakes making birthday shopping easy and fun. Birthstones are a part of modern society and since ancient times it is widely believed that wearing your birthstone is a symbol of wellness and good fortune. See which birthstone is meant for you.

What is the origin of birthstones?

Christian scholars in the 5th century made the connection between the twelve gems in the Breastplate of Aaron, twelve months of the year, and twelve signs of the zodiac. They theorized that each gem was connected to a certain month or astrological alignment and that they would receive therapeutic benefits for wearing one during that time.

To receive the full benefit, people took to wearing one stone for each month of the year and attributed a different meaning and value to them. Eventually this practice was modified so that a person would only wear the stone for the month they were born in (hence the term birthstone). There was a great amount of disagreement over which stone should represent a calendar month until 1912 when Sears published an “official” list of all the birthstones and the months they represented. Since then there have been a few modifications here and there but the list remains largely unchanged.

END_OF_DOCUMENT_TOKEN_TO_BE_REPLACED 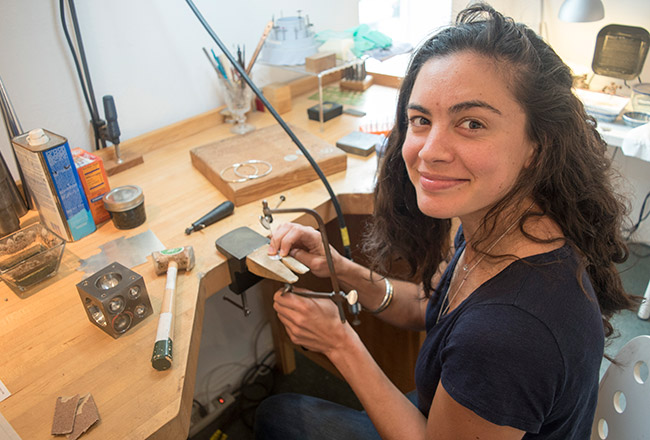 If you’ve never seen a Britta Ambauen design, they are elegant, standalone works with significant range. Think: hand-hammered gold bangles and jade gemstone peapod necklaces. But look closer and many of her pieces offer an inspiring quote, like her River Bangle bracelet, which is inscribed with the Rumi quote: “When you do things from your soul, you feel a river moving through you, a joy.” It’s her hope that women can wear something beautiful, but more importantly be reminded of something special to them.

“Our thoughts are so powerful that when you revisit one over and over, it can help you manifest your goals,” she says. Currently, Britta is hooked on a necklace she made using a stone found in Arizona at her brother’s wedding last year. She laid a piece of silver behind it and etched, “This above all: To thine self be true,” a Shakespearean quote that she says reminds her to stick to her truths rather than listening to people’s judgments. 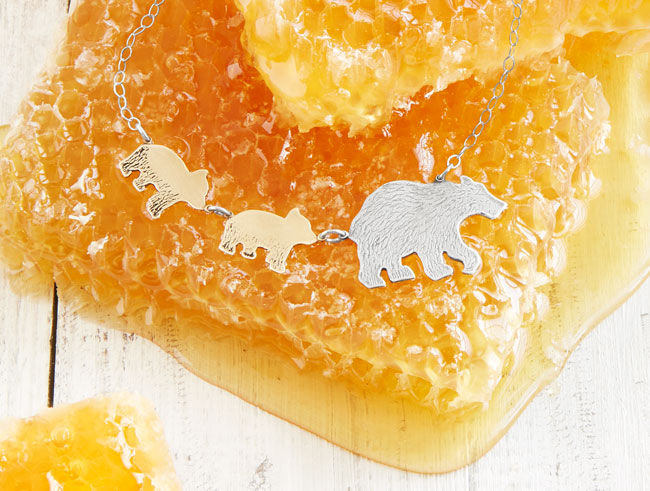