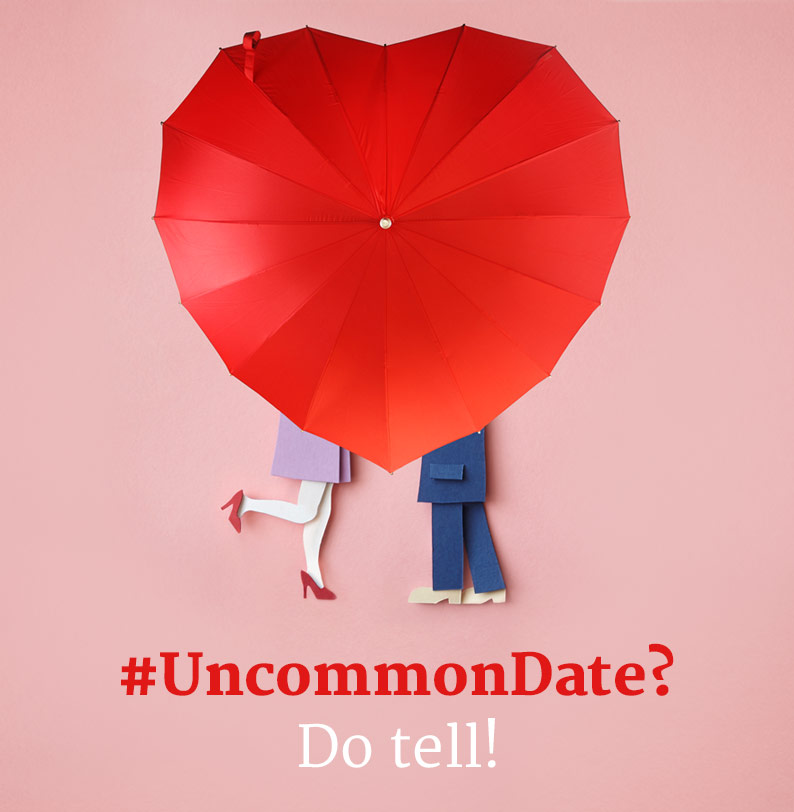 Last Valentine’s Day, we challenged you to share anecdotes from your most uncommon dates. We expected to hear about dinners that turned into happily every after, and bizarre blind dates that didn’t leave you in love at first sight, but we had no idea we would receive so many great entries! After choosing two winners, one experience that we wished we could replicate and one we’d rather not, we learned that every courtship has an interesting story.

Whether you’re swiping through the world of online dating, or you and your special someone are years past your “silver anniversary,” we want to hear your stories.

Tell us about your most #UncommonDate in the comments below or use the #UncommonDate hashtag on Facebook, Twitter, or Instagram for your chance to win a prize package from our Valentine’s Day Gift Guides, worth up to $250!

Share your #UncommonDate story for a chance to win lovely goods from our Valentine’s Day Gift Guides!

Be sure to share your story by February 12, 2017 to be eligible to win! The two winning stories will be announced on February 14. From all of us at UncommonGoods, we wish you and your loved ones a Happy Valentine’s Day!