The Couch Bowl: Taking Comfort Food to the Next Level 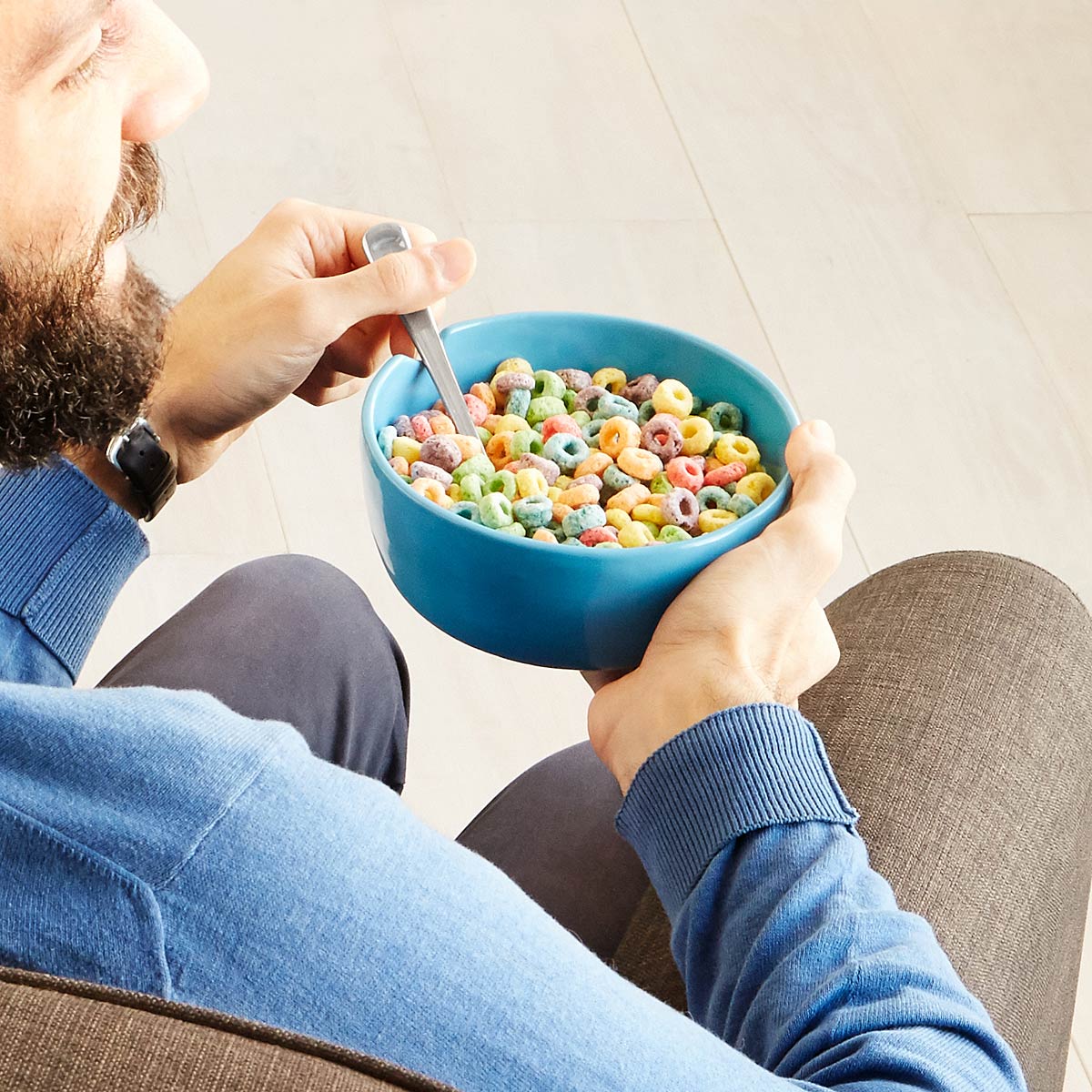 A background in engineering helps product designer Thomas Both visualize forms in space and think critically when contemplating his prototypes. It also leads him to ask some important questions: What’s the geometry at work? How might I build this? What’s the negative of that shape? What would that connection look like?

Sure, those are things an engineer would definitely ask when building a complex machine, but how does that influence something as seemingly uncomplicated as snacking? Well, when you think about it, snacking isn’t always that simple. We’ve all been there: balancing an overflowing dish and squirming around trying to get the blanket just right, while simultaneously looking for a video to stream and hoping that you’re not about to start a cheese puff avalanche. (You know that if one puff rolls off Snack Mountain, many more are sure to follow.) In this case, figuring out how to simplify the process of holding a dish, getting comfortable, and delivering that oh-so-tasty food to your face is actually a design problem. A problem that Thomas solved with the Couch Bowl. 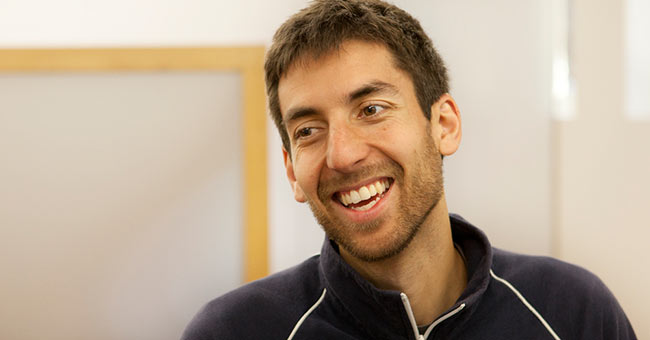 “The point of view is that almost all dishware (particularly in Western society) is designed to be used sitting at a dining table, yet often we don’t eat at a dining table,” Thomas explained. “We stand at a cocktail party, or sit in the living room, or lean against the counter in the kitchen–but we are using the stuff made for table dining. So what if we could create dishware designed for eating without a table?”

Thomas’ first answer to the how to eat without a table question was the Ooma Bowl, a dual-chambered dish designed with ergonomics in mind. But as he continued to iterate on the Ooma design, he realized that the next step was to take the focus off the double-dish aspect and figure out how to make the more typical circular bowl better.

The predecessor to the Couch Bowl, the Ooma Bowl

“In a sense it is the successor to the Ooma,” said Thomas. “In the fundamental perspective, it’s dishware meant to be held, and used without a table, but in an elegant way. Not hunched over a coffee table. Un-tableware. The Couch Bowl is in that family.” 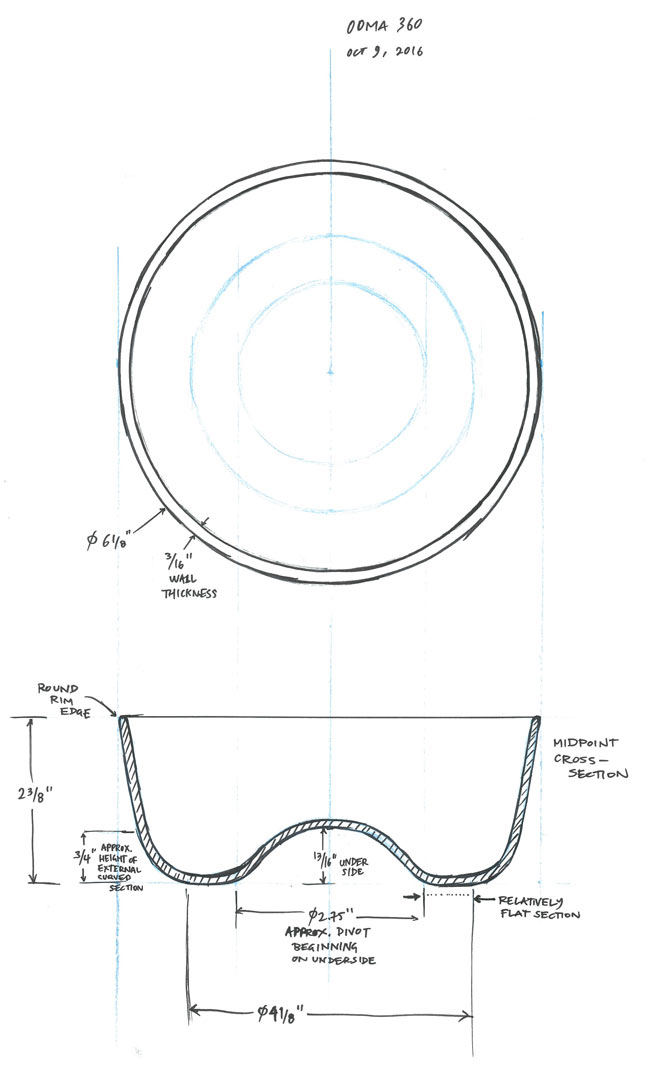 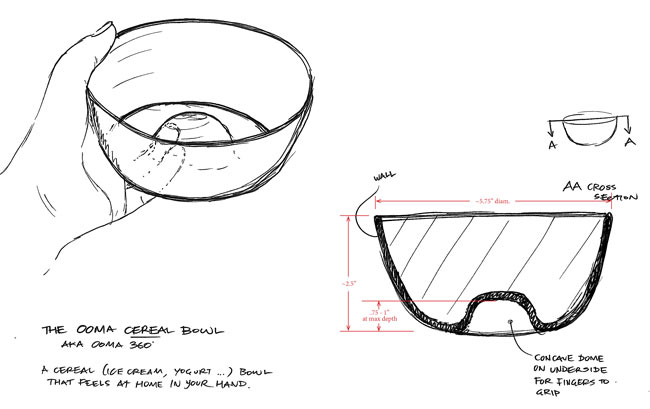 He had the initial idea while sketching in his notebook, and then moved on to prototyping. The first couch bowl prototype was actually constructed using a paper bowl. All the while, Thomas knew he wanted to work with UncommonGoods to get the product off the ground: “We had already produced the Ooma and Venn [Diagram] Platter together. It was always my intention to work with UG for this piece… it is a good collaboration. I get to work on the stuff I’m good at–conceptualizing product ideas, prototyping the concept, developing the form–and UG does what it is good at–most of all understand customers and doing all the work to get from manufacturing to someone’s home.” 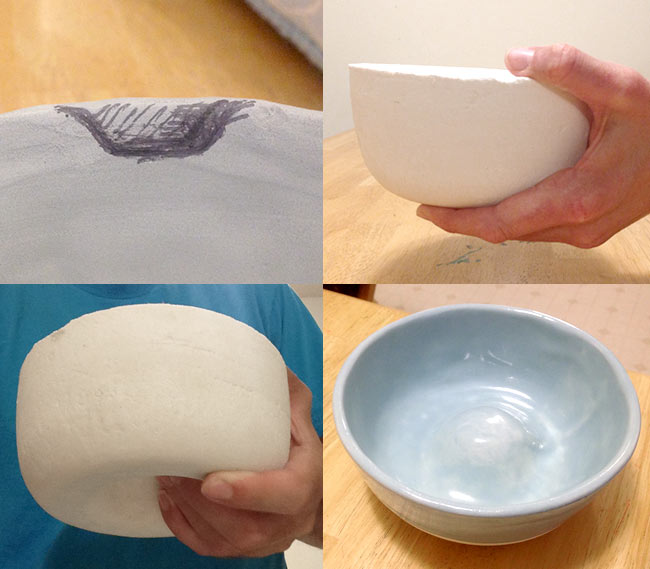 Our team loved the idea, and worked to help flesh out Thomas’ original concept. Through mock-ups and additional prototypes (ceramic and 3D-printed plastic–over paperware this time), UncommonGoods’ Product Development team and Thomas created a perfect dish for tableless dining. Like the Ooma Bowl, the Couch Bowl is ergonomically designed, so it’s easy to balance and comfortable to hold. The convex hump in the middle of the dish makes room for your hand, and the notch in the bowl’s lip is just right for resting your thumb or a spoon. 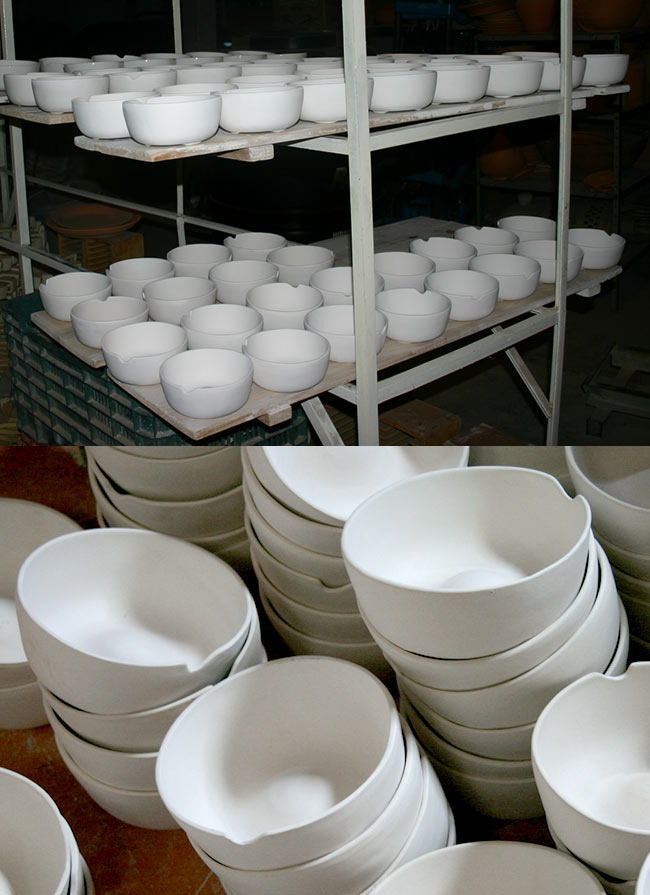 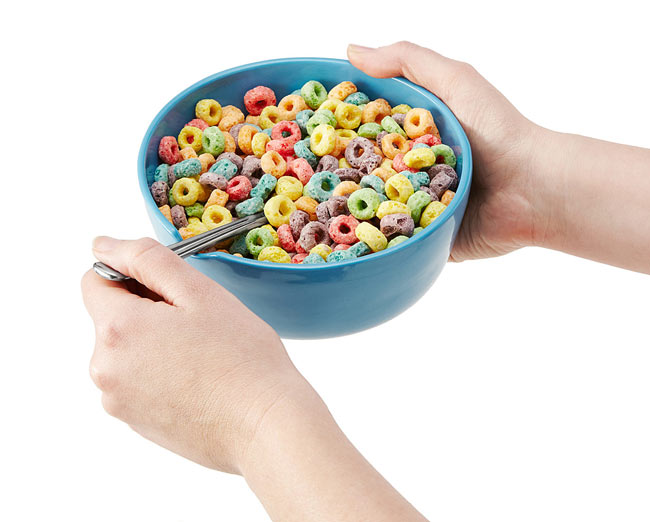 Of course, we couldn’t test the bowl without putting in some serious snacking time. The dish is big enough to hold a single serving of finger foods (those cheese puffs aren’t getting away this time), a light meal, or a hefty dollop of dessert. “I think it is really best for cereal and ice cream,” Thomas concluded after testing on his end. “My favorite thing to eat out of it is ice cream. I like holding the bowl, and there is something enjoyable about scooping the ice cream out from around the hump in the middle of the bowl.” 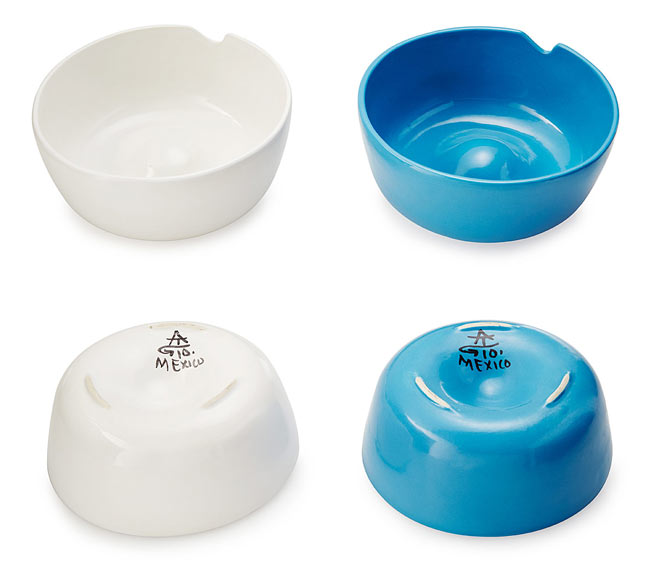 Each hand-painted bowl is signed with a symbol representing the makers (AT = Alfarería Traditional), the city where it’s made (GTO = Guanajuato), and the country of origin

Our Product Development team fully condones Thomas’ snacking suggestions. “This is designed for the person who’s binge watching their favorite show on Netflix over the weekend,” said Senior Product Developer Tiffany Jyang. “They’re setting up camp on the couch with their favorite bowl-foods, starting with cereal for breakfast and ending with ice cream for dessert (and then maybe following it up with some more cereal as a late-night snack!). Within PD, we’re big cereal fans, but really you can use this bowl with all of your favorite couch snacks and comfort foods, from smoothie bowls to classic mac & cheese. It’s really a versatile bowl that is comfortable and satisfying to hold. It’s also fun to eat out of!”

You can get ready for your own multiple-season marathon by getting the Couch Bowl here.

The Road to Romance and a First Date on Ice: Our 2017 #UncommonDate Winners