Wash Your Pet without Getting Drenched (Thanks to the Aquapaw)

Have you ever given a dog a bath? She probably squirmed around a bit. OK, that might be an understatement. It’s more likely that that she wouldn’t hold still, splashed around a whole lot, and then did one of those full-body doggy shakes that sent a shower your way. Almost everyone who’s owned a dog has had a similar experience. Product designer Daniel Lentz certainly has, and it got him thinking that there had to be a better way to get our furry friends squeaky clean.

The Aquapaw Dog Bathing Glove lets you keep one hand free to hold your dog’s collar or reach for the pet shampoo, while the other hand wets and scrubs. The whole time your dog is getting the spa treatment, he’s also getting a good petting. It took Daniel years of thinking about the product, piles of prototypes, and some time spent scrubbing dirty pups at a local dog shelter, but now his design is ready to make bath time easier for pet parents and their pets. The Aquapaw is coming soon to our assortment, so we asked Daniel to tell us more about his development process and why he thinks every pet owner should have an Aquapaw. 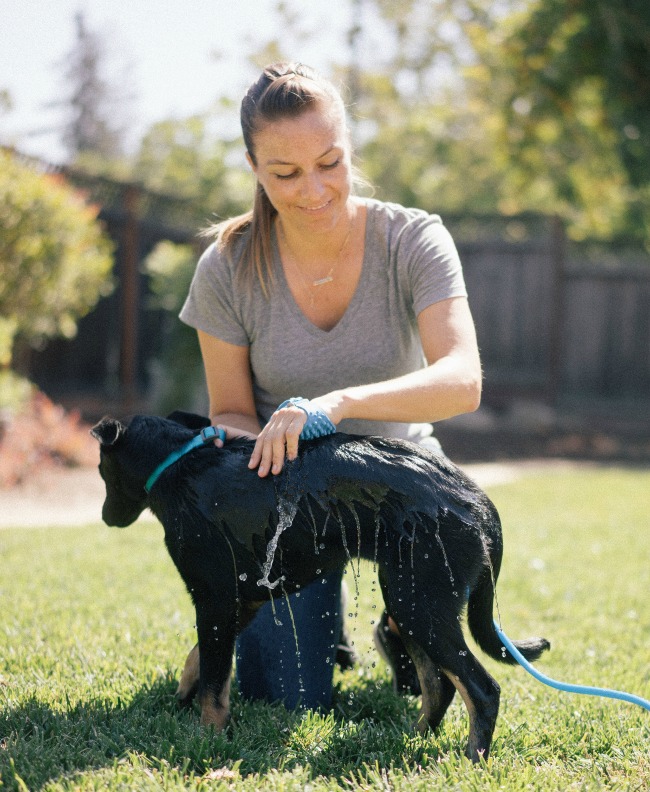 You’ve mentioned that you grew up bathing your family’s dogs. Do you have any crazy pet bathing stories?

Growing up, bathing our family’s dog was an ordeal. He was a Lab and Great Dane mix that loved to swim and bite the water flowing out of the hose. He was over 120 pounds and I was about the same weight, so when he needed a bath, I would change into a swimsuit because I would also be totally wet when it was over. It was so hard because even if I held his collar, he would rotate his body around to avoid the flow of water. I’ll never forget this, as it was this experience that inspired me to come up with a way to soak and rinse a dog’s fur while also being able to control and position their body. 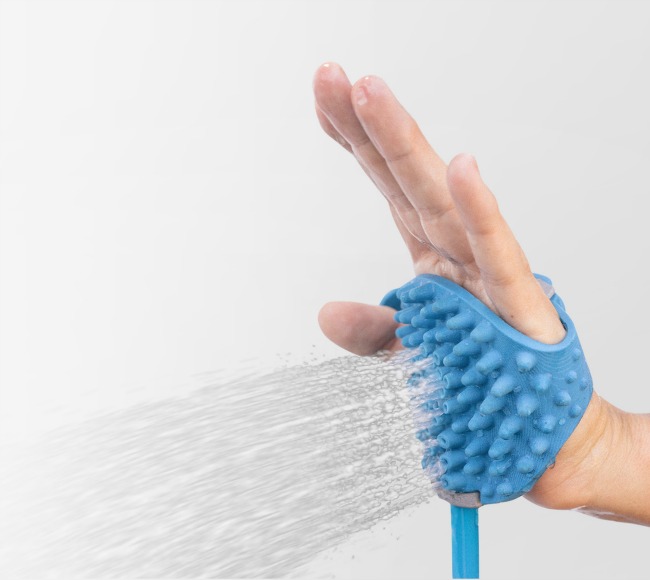 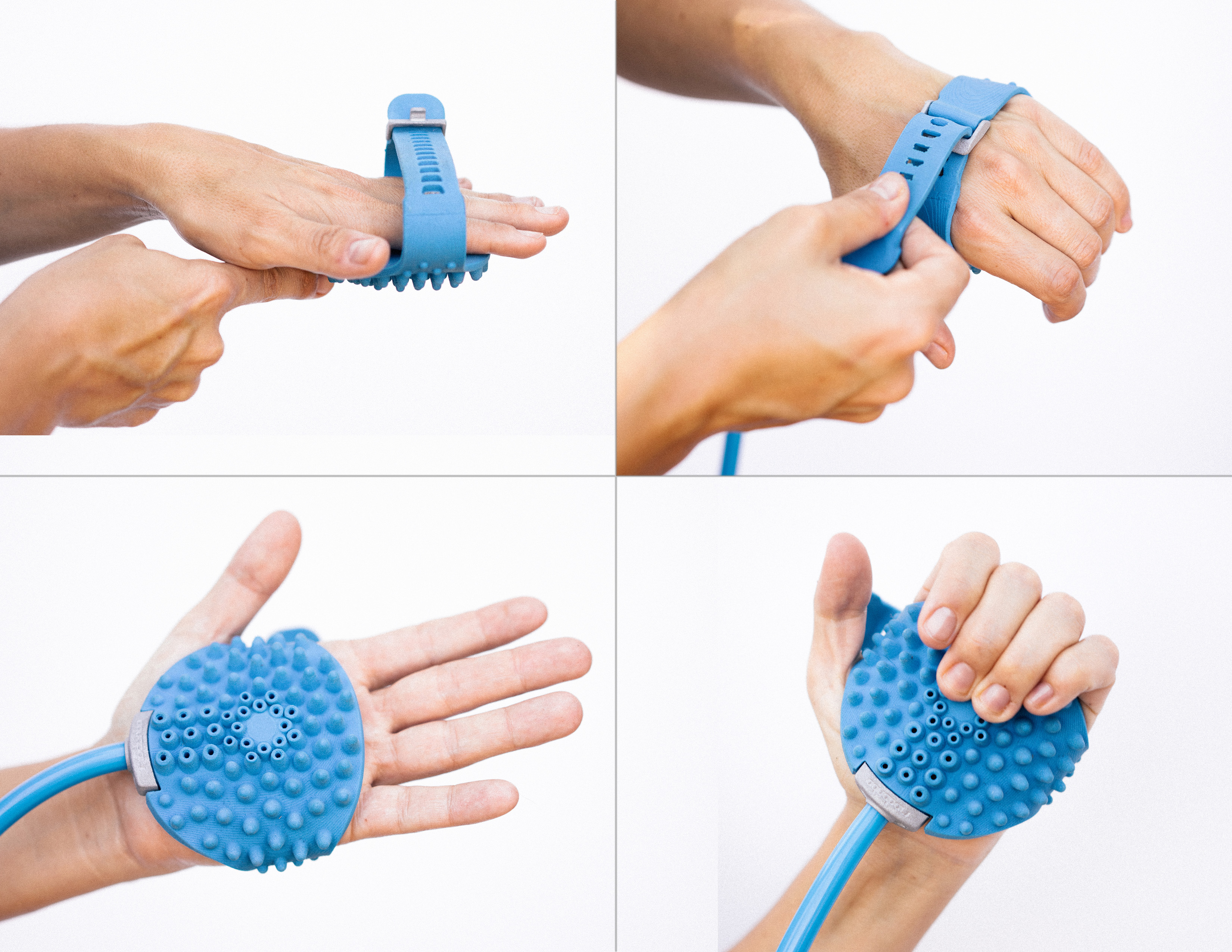 The Aquapaw is comfortable and easy to use. Connect one end to the shower head or hose, slide the other end on your hand, and activate by pushing the button on your palm. Get the Aquapaw first by ordering here.

It sounds like you’ve been working on this product for quite a while, and thinking about it even longer. What prompted you to take the plunge and get to work on the Aquapaw?

This product started as an idea around 10 years ago that I’ve been working on and off on since. It wasn’t until about two years ago that I got serious about trying to launch the Aquapaw. As a professional product designer, I’ve spent my career coming up with products for larger companies and always felt held back by the engineers and product managers around me. Innovative products can be hard to develop in larger companies as you have to convince so many people that it’s a good idea, and it can be frustrating. This whole project is sort of a way for me to prove to myself that the my bosses didn’t always know better and that I could develop great products that solve problems that really matter.

How many prototypes did you go through before landing on the finished Aquapaw? What were the initial designs like, and what makes the final version truly special?

WOW… It’s hard to count. I’d say at least 50. I have a Rubbermaid tub full of prototypes that I’ve created over the years and it’s always interesting to search through as the concept started as a totally different design. The first design was a neoprene glove with a 3D printed button mechanism glued into the palm. That evolved into a bunch of different fabric designs and about halfway through the development it turned into a molded-rubber design, as that would be much more durable. 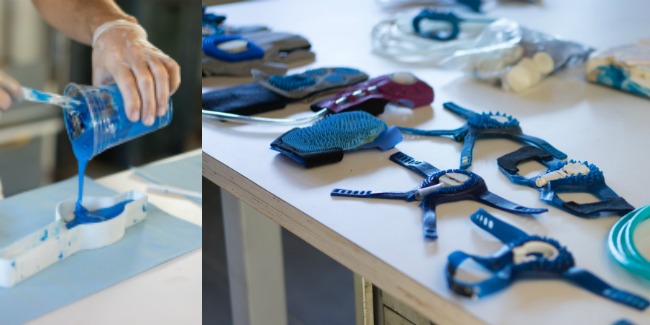 Left: Molding a prototype, R: Early versions of the Aquapaw

Can you recommended the Aquapaw for pets other than dogs? Have you tested it on other animals?

YES, we’ve had a bunch of pre-order customers reach out to us about bathing their horses which we’re very excited about. We can’t wait to hear about what people think about how the current design works on other animals besides dogs. We’ve also tested it on cats and it’s very effective since they try to squirm typically even more than dogs. 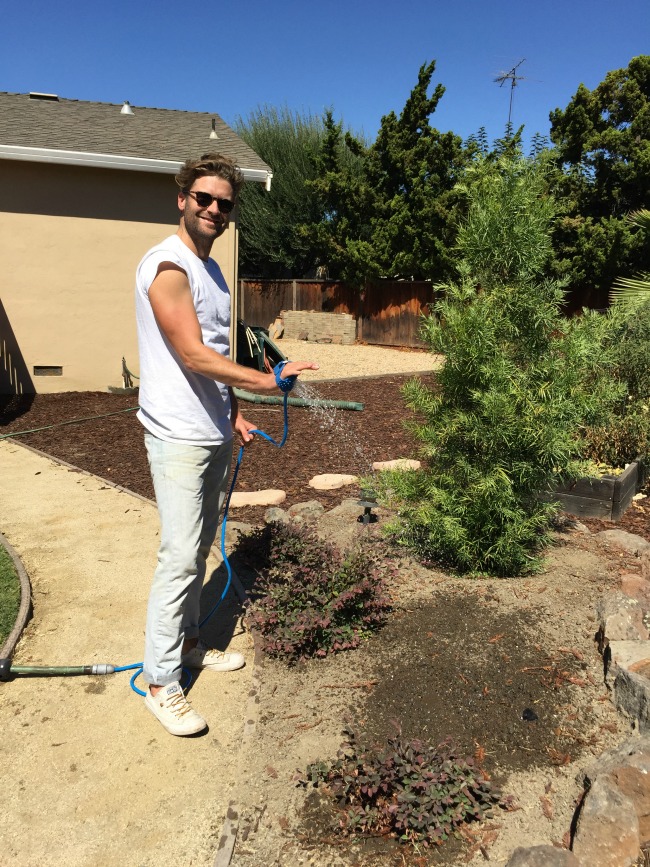 The Aquapaw is also great for watering plants, though they don’t squirm nearly as much as pets!

What do you say to those folks who don’t think the Aquapaw could make washing a dog that much easier? How do you sell them on the design?

I would ask those people to imagine how much easier bathing your pet would be if your dog didn’t squirm as much. Many people see the design and only think about it from their perspective and don’t realize that because it’s so much better from the pet’s perspective, it makes that bathing process MUCH easier. We bathe pets at our local dog shelter and it’s amazing. Many of these dogs have never been bathed before and they will stand perfectly still while we soak and scrub them. I’m a product designer–so I really would not be doing this if I didn’t know that it made bathing easier. You just need to try it! 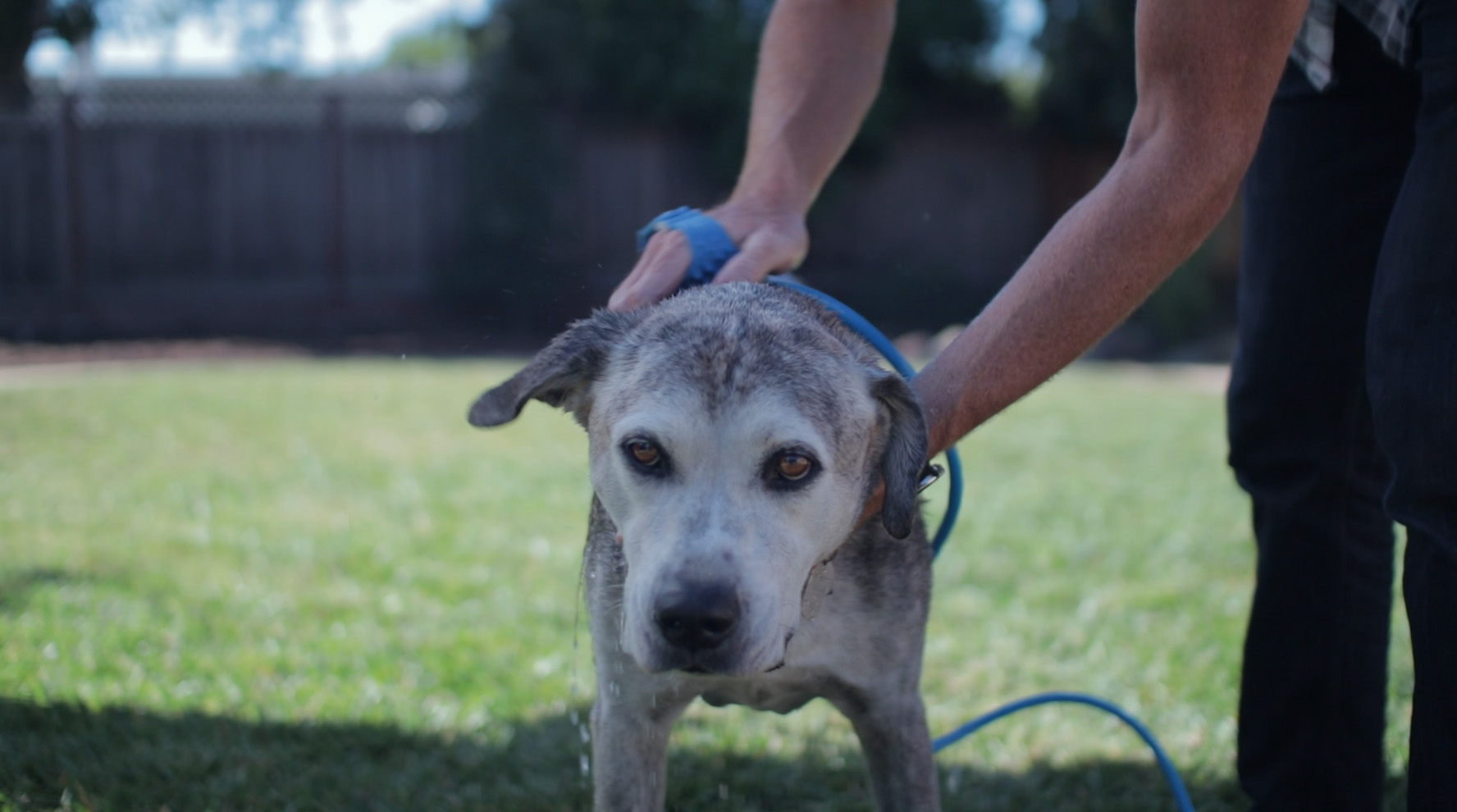 Get the Aquapaw here! »