Today, few things say “holiday season” so well as Christmas trees, carols, and gifts. So what if we told you that none of those traditions have actually been around for very long? Christmas trees didn’t catch on in the US until the turn of the 20th century, and caroling—at least as we know it—was a distinctly Victorian invention. As for Christmas gift-giving, that’s a new tradition, too, popularized by wealthy 19th century New Yorkers.

Image our surprise, then, when we set out to assemble a collection of history’s strangest Christmas gifts and came up with—get this—absolutely nil. Lucky for us, diplomatic gift-giving is a time-honored custom, and one that’s sprouted plenty of oddball stories… just the thing to will all that pre-holiday shopping stress away.

And so, to celebrate the coming of the holiday season and all the good-natured gift-giving that goes with it, we present—with, um, minimal comment—six of history’s most uncommon gifts. 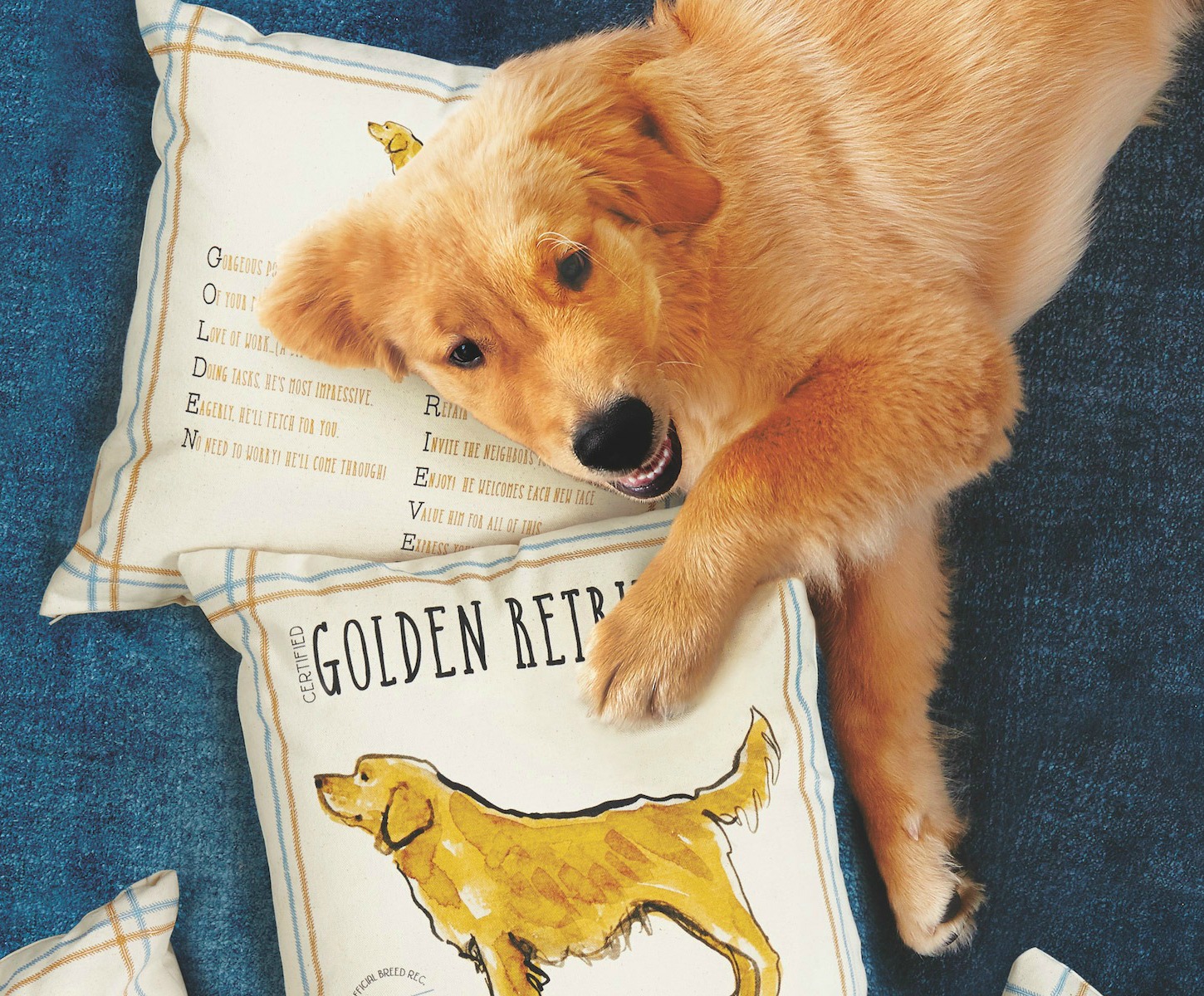 In theory, a puppy isn’t all that odd a gift, but bureaucracy can make anything weird. In 2005, then-President George W. Bush received five gifts from Bulgarian President Georgi Purvanov. Among them? A black-and-white Bulgarian shepherd puppy dubbed “Balkan of Gorannadraganov,” or “Balkan” for short. Valued at $430, Balkan was one of many thousands of presents Bush received throughout his tenure as president, most of which were sent to the National Archives to await the opening of his presidential library. For goods worth $305 or more, that’s standard procedure, and in order to hang onto anything above that threshold—a risky move, as costly gifts may sway foreign policy decisions—presidents and their spouses are required to purchase the gifts back from the US government.

If you’ve been paying attention, you probably already see where this is going. Because of his value, Balkan couldn’t simply go home with the Bushes, so the National Security Council staff’s first move was to call the archives. According to Nancy Kegan Smith, Director of the Presidential Materials Staff at the National Archives, they asked, “Would we come pick up a dog? And I’m like, is this a china dog? And they’re going, ‘No, a real cute dog, a live dog.’ And I’m going, ‘The archives does not pick up live animals. Cute or not.’” Don’t worry, though: The administration didn’t give up on Balkan. As required by government policy, the Bushes eventually purchased him, dishing out $430 to the US Treasury, and stationed him with an unnamed friend and her Bulgarian-American husband on a farm in Maryland.

A cardboard moose (OK, it’s a reindeer): mightier than a moose shipped from Vermont to Paris in the 1780s. Featured good: Cardboard Animal Heads, $30-60

Some 220 years earlier, the US of A was a brand new country, and in Paris, one Enlightenment thinker was busy trash-talking its flora, fauna, and citizens. Noted naturalist Georges-Louis Leclerc, known more nobly as the Comte de Buffon, developed a wildly popular theory that America was, in effect, a giant swamp, and that the people, animals, and plants within it were necessarily “small and feeble” as a result of the wet, oppressive climate. Yet worse, the plants and animals brought to the continent from heartier regions would allegedly “degenerate” over time, becoming shrunken and weak themselves. Then serving as the US ambassador to France, Thomas Jefferson didn’t take this very well, and he sought to prove Buffon wrong as best he could: first, with data; and then, when that failed, with the gift of a giant moose.

A moose, Jefferson reasoned, would be so impressive in size that Buffon would be forced to admit defeat. But acquiring a specimen wasn’t so easy. Jefferson wrote tirelessly to colleagues across the pond, begging them to snag him a moose, with little luck. After much toil, it was General John Sullivan, then governor of New Hampshire, who successfully procured a moose—but then came the trouble of transporting it to France. Shot in Vermont by Sullivan’s troops, the moose’s meat putrefied, its bones came loose, and its antlers fully dislodged from its head before it arrived in Paris in October of 1787. It stank, too, and its fur was flaking away. So what did Buffon think? Funnily enough, we don’t really know. He died only six months later, before making any updates to his theories. 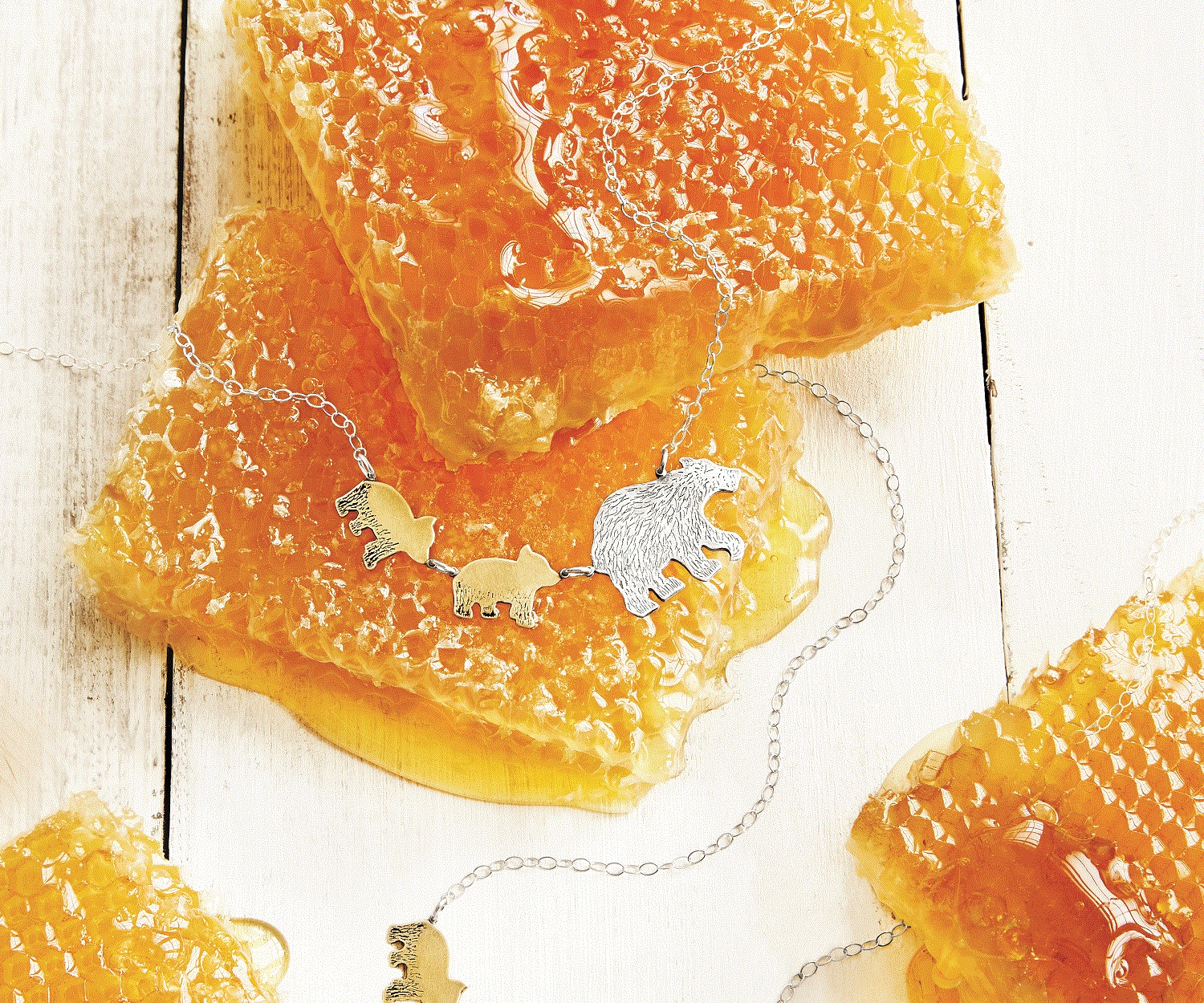 Amber is the color of your energy. And this honeycomb. Featured good: Mama Bear Necklaces, $120-160

Constructed beginning in 1701 and first installed at Charlottenburg Palace, the Amber Room wasn’t initially intended as a gift, but when Peter the Great admired it on a visit to its second home, the Stadtschloss, in Berlin, its fate was sealed. In 1716, King Frederick William I presented the room as a gift to the tsar, thus cementing a Prusso-Russian alliance against Sweden. Crafted from several tons of—yes, you guessed it—amber and installed in the Catherine Palace in Tsarskoye Selo in 1755, the Amber Room was a truly striking sight. Until the 1940s, that is.

Though a reconstruction of the Amber Room, once known as the “eighth wonder of the world,” lives on just outside of St. Petersburg, the fate of the original room is somewhat of a mystery, and conspiracy theories abound. As Nazi troops neared Tsarskoye Selo—since renamed Pushkin—in the early 1940s, staff at the Catherine Palace attempted to disassemble and hide the room, at one point stashing it beneath a layer of thin wallpaper. No use, though: The Germans still snagged it, and, after 36 hours of labor, shipped it to Königsberg, where it remained in a museum on the Baltic Coast until 1943. As the war drew to a close, however, the Germans packed the room back up, after which some say the Red Army torched it. Or maybe it was hidden in a forest. Or maybe in a couple of Germans’ living rooms? Regardless, it was never seen again, and some even claim it’s cursed. 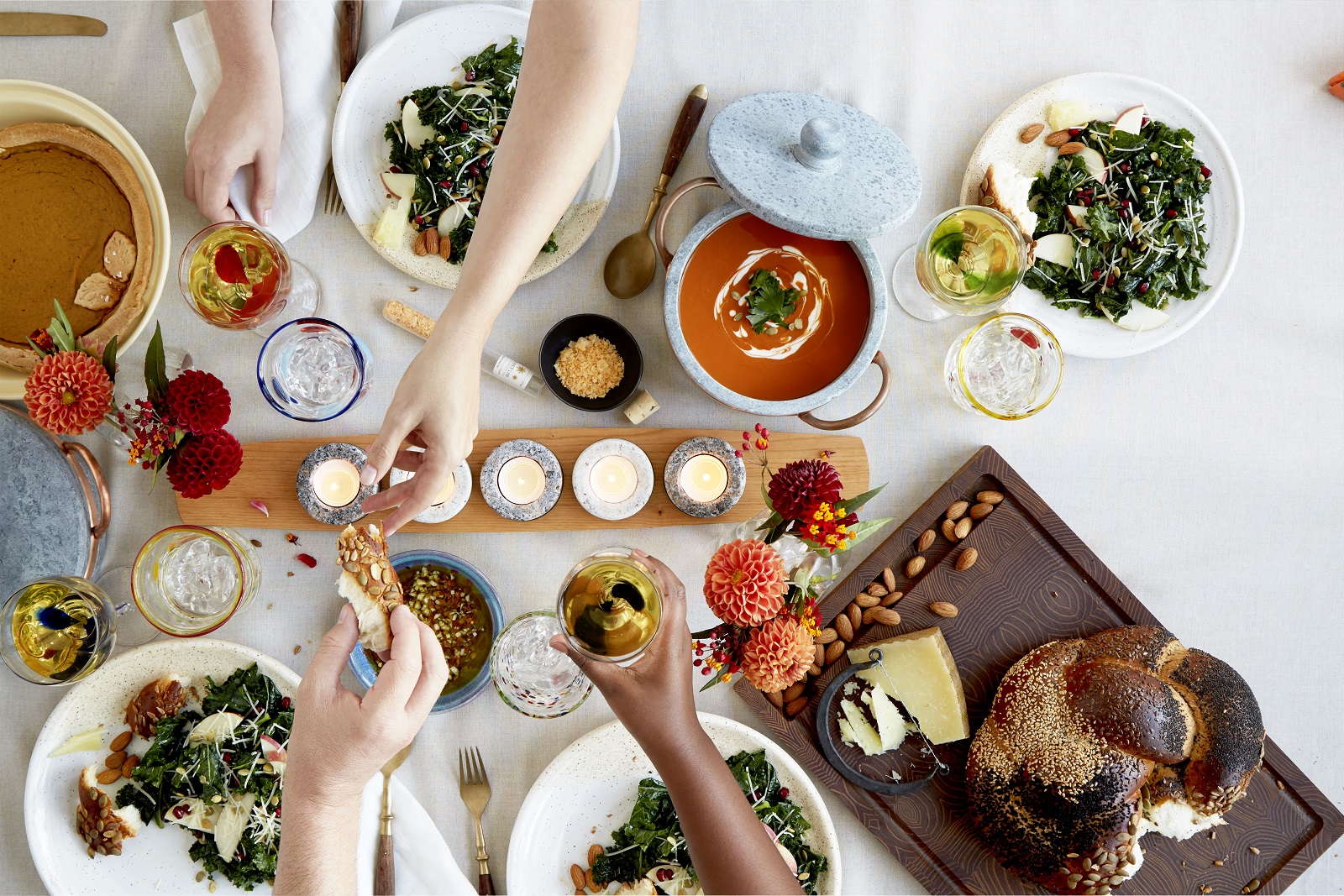 One does not simply feast without intent to give back. Featured goods: Plenty, of various prices!

In the 1860s, William H. Seward served as Secretary of State under two US presidents: first Abraham Lincoln, then Andrew Johnson. In 1867, under Johnson’s watchful (and famously unfortunate) eye, Seward secured the purchase of Alaska from Russia, a move widely known as “Seward’s folly,” at least until the 1896 discovery of gold in the Yukon. Two years later, in 1869, Seward—by then retired from politics—took a trip up to Alaska, acting as the region’s first “tourist,” observing local fauna and paying visits to the future state’s indigenous inhabitants.

Among these native denizens were the Tlingit tribe of Tongass Island, a tiny piece of the Alaska Panhandle, who honored Seward with a potlatch, a type of traditional gift-giving feast, after which he left the island laden with brand new stuff. The problem? Ignorant of Tlingit custom, Seward didn’t return the favor, and the Tlingit erected a special type of totem pole dubbed a “shame pole” to, well, shame him for it. A version of the pole, with Seward’s nose and ears painted red—emblematic of stinginess—still stands today on Tongass Island, sculpted by Tlingit carver Stephen Jackson. 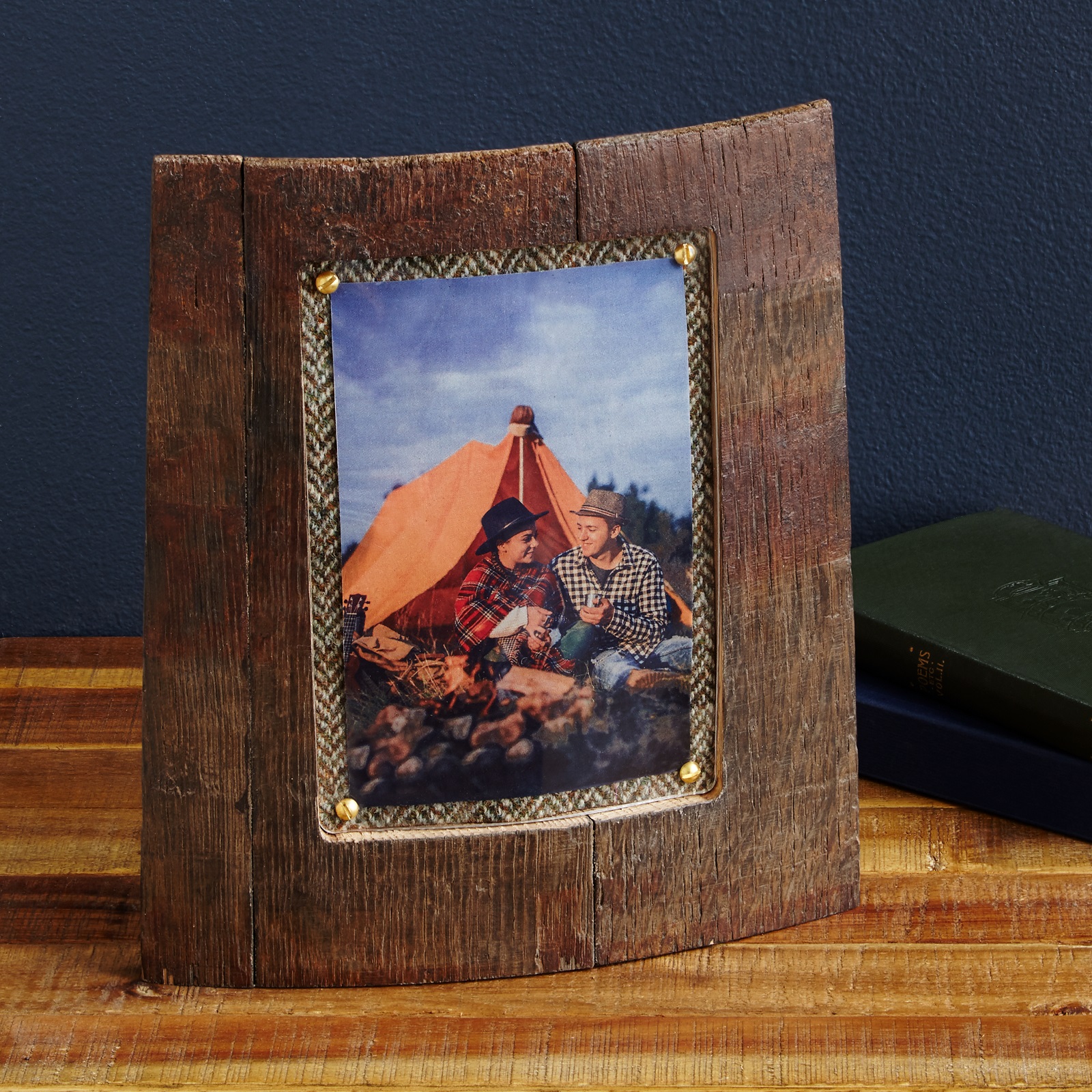 In 1988, a Chicago newspaper revealed that the National Archives was selling copies of its photographs from Elvis Presley’s visit to the Nixon White House, and popular interest in the event—which hadn’t historically held much sway with the public—skyrocketed. Soon, the now-famous photograph of the King and the President shaking hands would become the archives’ most requested reproduction of all time, more popular than both the Constitution and the Bill of Rights. In 2016, the story of the pair’s brief meeting inspired a feature-length movie; three years earlier, it featured on the first ever episode of Drunk History. Pretty impressive for a diplomatic rendez-vous that lasted only a few minutes, no?

Well, yes. Those few minutes proved just enough time for Elvis to give Nixon a pile of autographed family photos, though not the commemorative Colt .45 that he’d plucked from the walls of his LA mansion just before heading east to DC, and which, of course, the Secret Service confiscated. Elvis also found time to beg for a badge from the Bureau of Narcotics and Dangerous Drugs, predecessor of the DEA, for his collection of police badges… which, in an extremely bizarre move, Nixon actually gave him. (Here it is.) 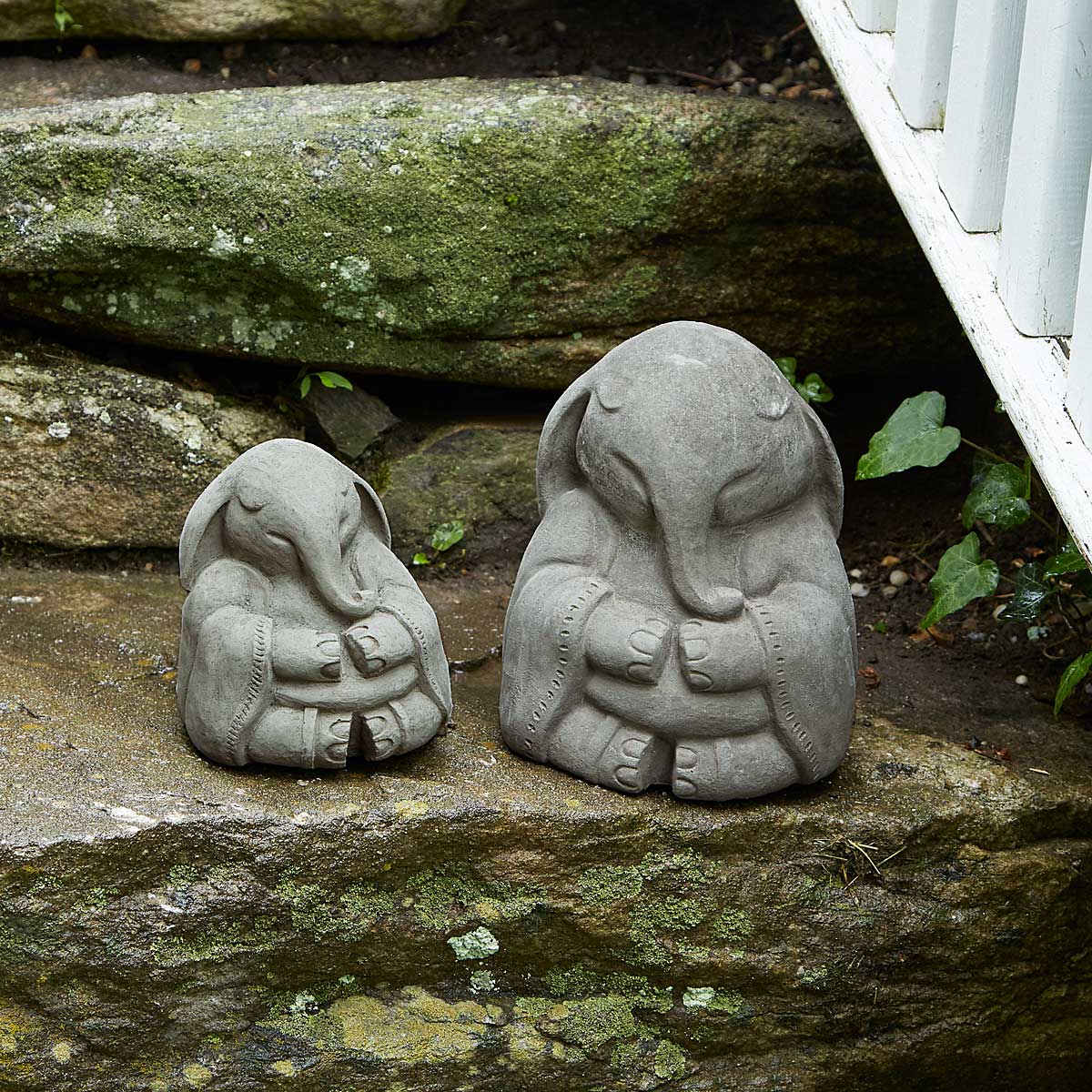 In 1514, a white elephant named Hanno—or Annone, if you’re feeling Italian—arrived at the Vatican, a gift from Portugal’s King Manuel I to the newly appointed Pope Leo X. Imported from India, Hanno was a hit with both the pope and the public, though he only spent three years in Rome. He lived in a specially constructed building in the Belvedere Courtyard, where city-dwellers could visit him on the weekend; according to the pope, writing a letter of thanks to Manuel, “The sight of this quadruped provides us with the greatest amusement and has become for our people an object of extraordinary wonder.”

But Hanno’s time in Rome, as stated, was short. Two years after he arrived, the elephant began to exhibit symptoms of constipation and was treated with a suppository containing a high dose of gold. In the 16th century, this was standard procedure, but still the gold killed the beastie, aged only 7 years. The pope, distraught, commissioned a memorial fresco from Renaissance master Raphael, now lost. He even penned a lengthy epitaph. But that isn’t the strangest part. Leo had Hanno buried in the Belvedere Courtyard, where his bones lay for over four centuries, until maintenance workers dug them up in 1962.

Peruse our own uncommon, but useful offerings here »